The bike is a machine for creating adventures. They can be small ‘a’ adventures: a big day out with friends, maybe on roads you’ve never ridden before. They can also be capital ‘A’ adventures that take you across long distances to remote places. Here are three adventures that have inspired us. What they all have in common is that you,  too, can plan similar rides for yourself, your friends or your club.  So, read on, and then get riding.

Ride across Manitoba only using gravel roads when moving east or west. Travel to five waypoints in and around Riding Mountain National Park, as well as one additional surprise location. Start at the Tim Hortons in Morden, Man., ride to three specific shelters in three provincial parks and return to the Tims. Leave from Beausejour, Man., for three provincial parks and return to the start. These are challenges that have been set out – one a year since 2013 – by Operacion Muerto, an ominously named website that actually has nothing to do with doping scandals or death as its name suggests. “Muerto” is in fact an acronym for Manitoba Ultra-Endurance Racing and Talking Organization. Each challenge starts two days after you declare your intent to tackle it via a form on the site. It’s over when you post your story and picture.

The idea for Operacion Muerto came out of discussions among a group of Manitoba cyclists. They took some inspiration from multi-day, bikepackingstyle rides. To make it easier for people to participate in a challenge, there’s no official start date or even time limit. You simply start it when you say you will and make it a continuous trip (no stopping and picking up where you left off at a later date). The final step is to tell the story of the ride with words and pictures on the Operacion Muerto website.

Hal Loewen formalized this structure in January 2013 with the first challenge, which was the ride across the province on gravel roads. “The idea is to force people off of paved roads,” Loewen said. “That way you’d have to plan to hit little towns along the way to get water and food. It’s a way to see parts of the province you probably haven’t seen.” Gravel roads are a big part of each challenge to add an element of safety, too. “The amount of times I’ve been bugged by a car on a gravel road has been one or twice,” Loewen added. “On the paved roads, it happens a lot more often. People just don’t give you enough room.”

In early June, there were dozens of stories on the Operacion Muerto site. One is by Loewen himself. He and a friend attempted Challenge No. 3 amid a lot of bad weather. “We kept getting hammered,” Loewen said. “ At one point, we came across a yard. We had to get through it and across a creek or add five miles of backtracking. We knocked on the door and talked with this lovely lady. We chatted for a while before she said, ‘Oh yeah. Go right through the yard.’ She told us the best way to go. So, the challenges can just be a neat way to meet people.” 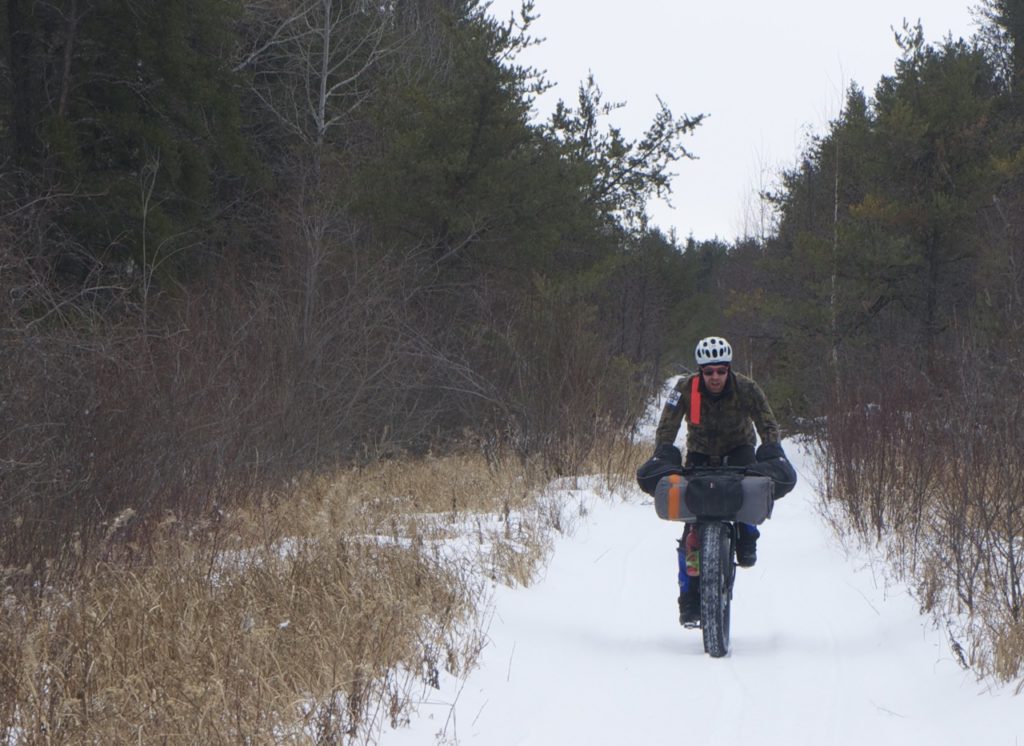 In fact, Loewen has been thinking up a possible future challenge that would force riders to meet people. “You send an email indicating what weekend you’d ride the challenge,” he explained. “The day before you leave, you’d be sent the route. But, you’d promise not to take any maps with you or GPS. So you’d have to talk to people to get directions. It’s another way to explore on your bike and have adventures.”

Not all the posts on Muerto are about resounding successes. Some riders and runners (some challenges have modifications for ultra-runners) have had to seek outside assistance, which is against the rules, and abandon their challenges. One runner lost his maps, smartphone and had many of the symptoms of heat stroke, including serious vomiting. He managed to get word to his friend and was rescued roughly nine hours after he started his challenge.

While the ultra-runner’s tale is dramatic, Loewen said that big drama isn’t really an important element to a good ride recap. “The good stories are the ones that aren’t looked for: they just happen’” he said. “You’re telling somebody about your experience. Some people are good writers, some not so good. It doesn’t matter. It’s the idea of sharing it and piquing people’s interest. That’s what the story part of the challenge does. You could go on Facebook and say you finished something but that’s the end of it. If you have pictures and words that go a little bit longer, you hope people will take the time to read it and get a fuller story.”

There are no equipment rules for any of the challenges. Loewen has a Jones 29-plus bike, which has a truss fork. “It’s a slow moving rig, but sure is comfy,” he said. Many riders use mountain bikes with bikepacking setups. Some use cyclocross bikes. Some run panniers. 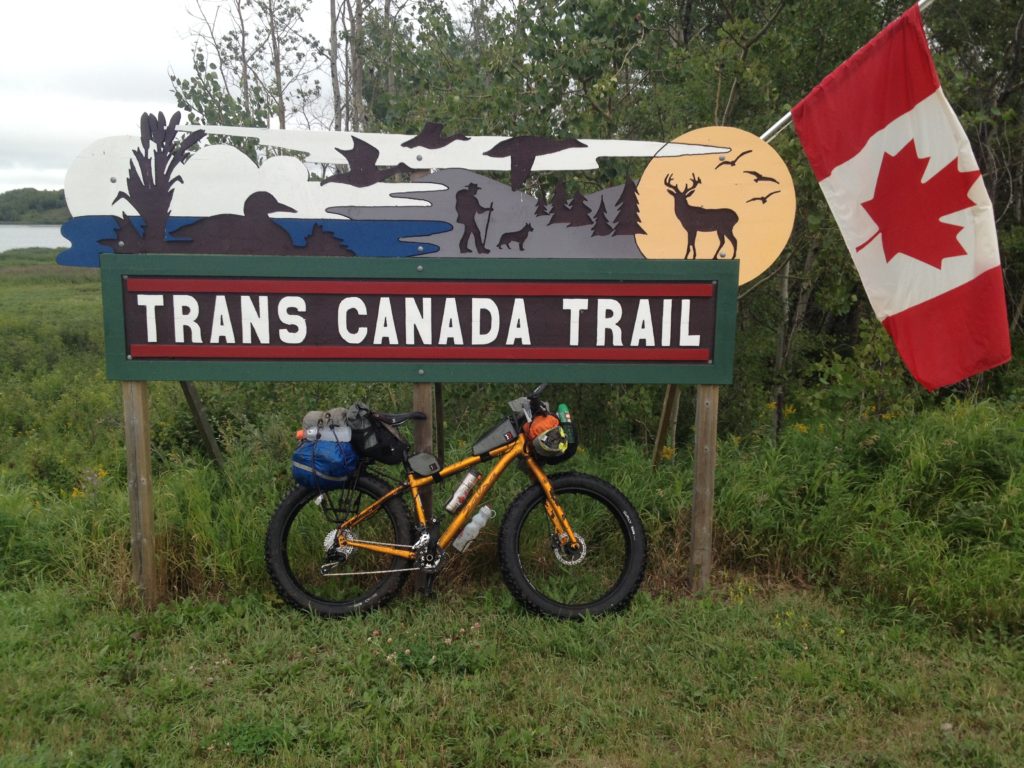 One rider made his attempt on a recumbent bike. (“Got to mention the road crews that do such an incredible job keeping the gravel roads in unrideable shape,” wrote the recumbent rider at the end of his report.)

The final step is to tell the story of the ride with words and pictures on the Operacion Muerto website.

When Operacion Muerto’s first challenge was issued, the plan was to get all the riders together at the end of that summer for a barbecue. It didn’t happen. “We tried, but it’s really hard to get everybody together on a weekend,” Loewen said. It’s fitting that the riders behind an event with no formal start and finish time would have a tough time scheduling a get-together. Loewen thinks it might work out for the fifth anniversary. Until then, the Operacion Muerto website is a sort of virtual barbecue where all the riders can share their adventures.