One week into May, the 2020 race season is supposed to be underway across the country. Unfortunately, this year it looks like we won’t be waking up at unreasonable hours and driving to compete against local friends and foes. Many aspects of racing will be missed, but these organizations have attempted to salvage some of the rush, camaraderie and good times by bringing events onto a digital platform.

Anyone with a Cycling Canada membership (obtainable from a provincial federation), is eligible to race in Cycling Canada’s virtual race series. The races will be hosted on FulGaz, but Cycling Canada is offering a free four week trial with the code 20cyccantwenty.

The series has four stages, May 8-14, May 15-21, May 22-28 and May 29-June 4. Each stage is set in a virtual reconstruction of mostly Canadian courses, with actual footage of the roads and trails. Cyclists can complete the stage any time during the week, and those who complete all four stages will be entered to win a gift bag from Cycling Canada and Argon 18.

This race series hosted by BC Bike race and Zwift in cooperation with Geoff Kabush and Stages Cycling. BC Bike Race, a seven day mountain bike event, is going into it’s fourteenth year as a massive BC cycling staple. 2020’s IRL event is scheduled from Sept. 27- Oct. 3, but the organizers have gotten together with two-time winner of BC Bike Race and Canadian Olympian Geoff Kabush to host a Zwift event for cyclists from BC and around the world. 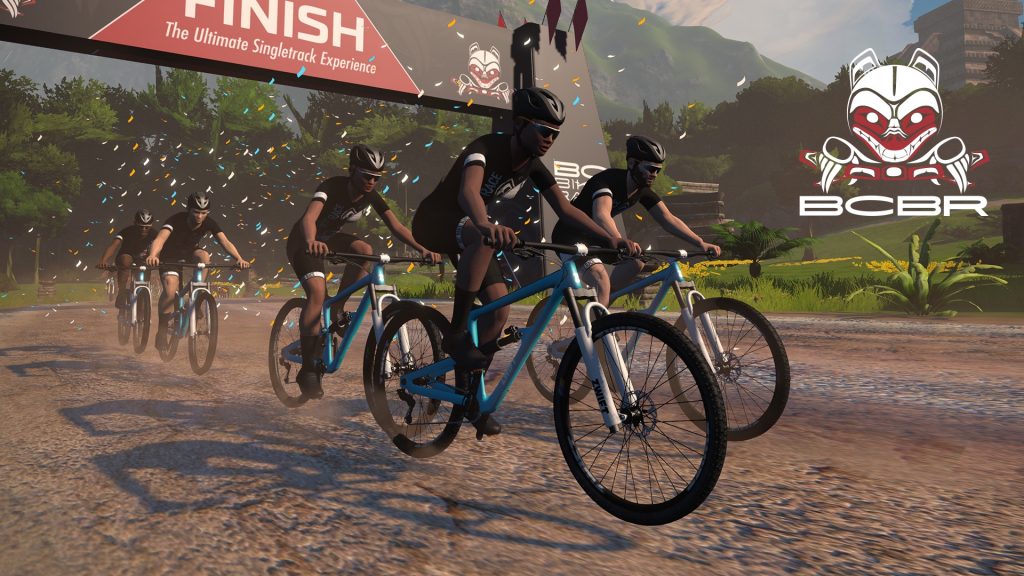 All event participants will unlock the new official 2020 BC Bike Race Jersey within in Zwift and be entered to win the Grand Prize, a fully paid trip to the BC Bike Race 2021 (flights included) plus a Stages Power meter crankset and Dash Head. Kabush will also be giving the contest winner some insider tips at the 2021 BC Bike Race. Other prizes include two Stages MTB power meters cranksets.

Kabush will be present for all six of the “Ride to Win” Series events, and will be doing a Q&A style ride. The races will take place between May 15 – 17, 2020 (each event will be approx. 1hr/25km) and riders are encouraged to either race the course or fall back and chat with Kabush.

Climbduro’s digital challenges allows cyclists to compete virtually, but still ride outside. ‘Challenges’ (mostly localized in the Alberta area) are segments of road or trails. Cyclists sign up for the app, complete the segment and are automatically added to the leader board. The app incorporates a charity aspect—each time a rider completes a segment, the sponsoring brand donates on your behalf to the local trail foundation or charity of choice.

The Ontario Cycling Association (OCA) has moved the road calendar online for the time being. Races are hosted on Zwift and take place Saturdays at 10:30 a.m.. Ontario racers are required to register for the race Fridays before 6 p.m. to be considered for the official OCA results. The organization provides a tech guide and requires all racers to put their Ontario racing category in their username. While the topic of Zwift categories is quite contentious (some people race bellow their category or ‘exaggerate’ how little they weigh) the OCA has come up with a system that attempts to get everyone racing in the right place.

These prairie provinces have joined forces to host a virtual race series every Saturday from April 18 to June 6. Members of the Saskatchewan and Manitoba Cycling Associations race using RTG Cycling, an app that allows users to virutally ride on real courses. The routes alternate between local Manitoba and Saskatchewan roads every week, and races vary between one to two hours in length.

The races aren’t publicly promoted on the app so racers need to check the Manitoba Cycling Association website to get the race tech guide where the link to the race is embedded.