There’s one thing that unites masters racers, WorldTour pros and budding amateurs. No, not the love of the bike, but griping about race organizers. See the list of complaints and comments I’ve heard/made/listened to about road racing in ‘Gruppetto Gripes.’ 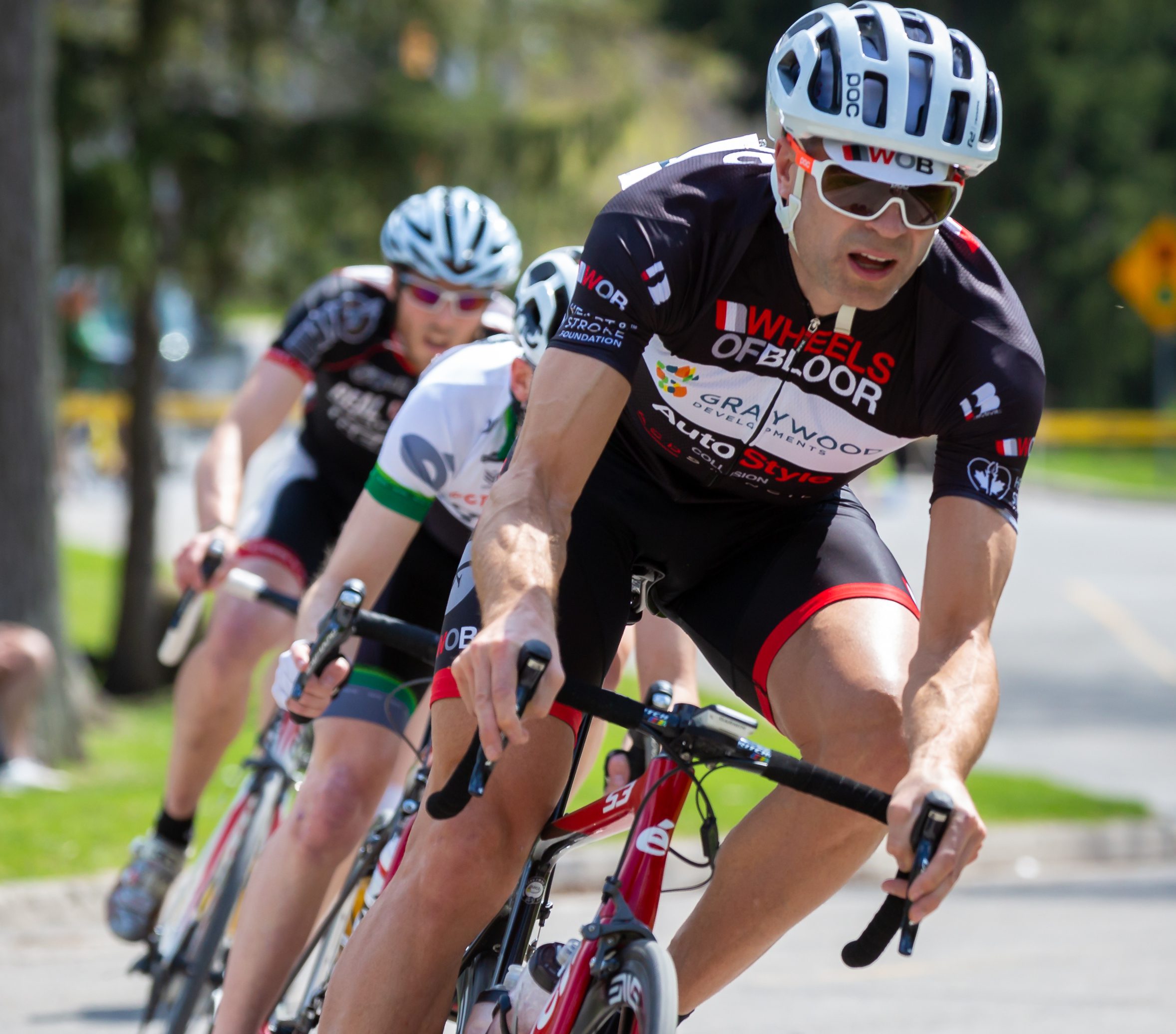 Within that litany of whining, there are some legitimate frustrations. Race calendars are ever-shifting, which pose challenges when I’m planning a season with the directeur sportif (my wife). Great local races in Toronto, such as the Ossington Crit, are few and far between or seem to disappear. Race fees do seem to be creeping up.

But when I think about how hard it is to organize 20 Type A club riders into a semi-cohesive group ride, I can only imagine how hard it is to actually plan a sanctioned race. When I started talking to the race organizers themselves, I learned that a lot goes into the kind of events that we racers seem to enjoy complaining about.

Bruce Bird, who races for the Wheels of Bloor masters team in Toronto, has taken up the mantle of organizing a UCI Gran Fondo World Series qualifier in recent years. The race, which is called the Blue Mountains Gran Fondo, features a time trial and road race each June. I’ve done both, and they have been spectacular and incredibly challenging days. But consider what Bird has to go through to make them happen.

“The toughest thing is to get a permit,” Bird says. “The local government representing the region will provide approval only after we secure proof of insurance, an application fee, an emergency action plan – typically co-ordinated through a medical services provider – approval of the event plan from the police that includes a detailed examination of the route, timing and all logistics –
including the number required and availability of officers for the event – a review of the impact on the local citizens, including the communication plan, parking, delays and any closures, a review of event signage – including placement and timing of placement – approval of the event plan and course from the fire department and, finally, approval of the event plan from the roads department (each year, different sections of roads are under construction at different times).”

Planning is one thing. Paying is another. Costs continue to rise. Just this year, the seemingly red-hot Red Hook Crit series was cancelled due to rising costs. Local race or- ganizers, such as the Midweek Cycling Club in Ontario, also face rising costs. Scott Elliott, vice-president and board member, explained to me that the club’s costs for on-site medical support, upgraded timing systems, road permits and the like all continue to rise. Midweek has had to pass on some of those costs to racers to keep running great events.

Finally, simply securing volunteers who can do the heavy lifting of race organization is a challenge. “Because we have limited volunteer hours and energy, we’ve had to pull back and really only focus on those events that best fit with our mission and priorities as a club,” Elliott says. “And that means not running as many events as we might like to.” When volunteers aren’t available, great events disappear. As covered by this magazine, le Tour de la relève Internationale de Rimouski, a five-stage race for cadets and junior women, has been cancelled. One of the main reasons for cancellation was the challenge of finding both administrators for the race’s board of directors and other volunteers who would make the race happen.

The more I learned, the more I felt grateful to the men and women who give their time and energy to organizing races in this country. It’s not only a thankless job, it’s often one accompanied by complaints about pricing, timing, route selection, prizes and more. Anyone who races a bike should take a moment and give thanks to the organizers. Without them, we wouldn’t have the privilege of paying money just to be spat out the back of the field and do the ride of shame back to the car.

To all of you organizers, thank you for all that you do. Keep it up.

– “Can you believe the race fees this year? One hundred dollars for riding in a circle out in the middle of nowhere?”

-“This course is too hard. Don’t the organizers know its difficulty will scare people away?”

-“This course is so boring. I’m just going to do my club ride instead.”

-“Why are these races so far away?”

-“These fields are too small.”