This winter, Saskatchewan cyclists have been laughing in the face of winter and competing in a series of time trial events. In a province where the average January temperature is -18 C, they aren’t using fat bikes on the snow and aren’t bundling up at all to compete. Thankfully for these Saskatchewanians’ extremities, the TT events are taking place virtually, at bike shops throughout the province. 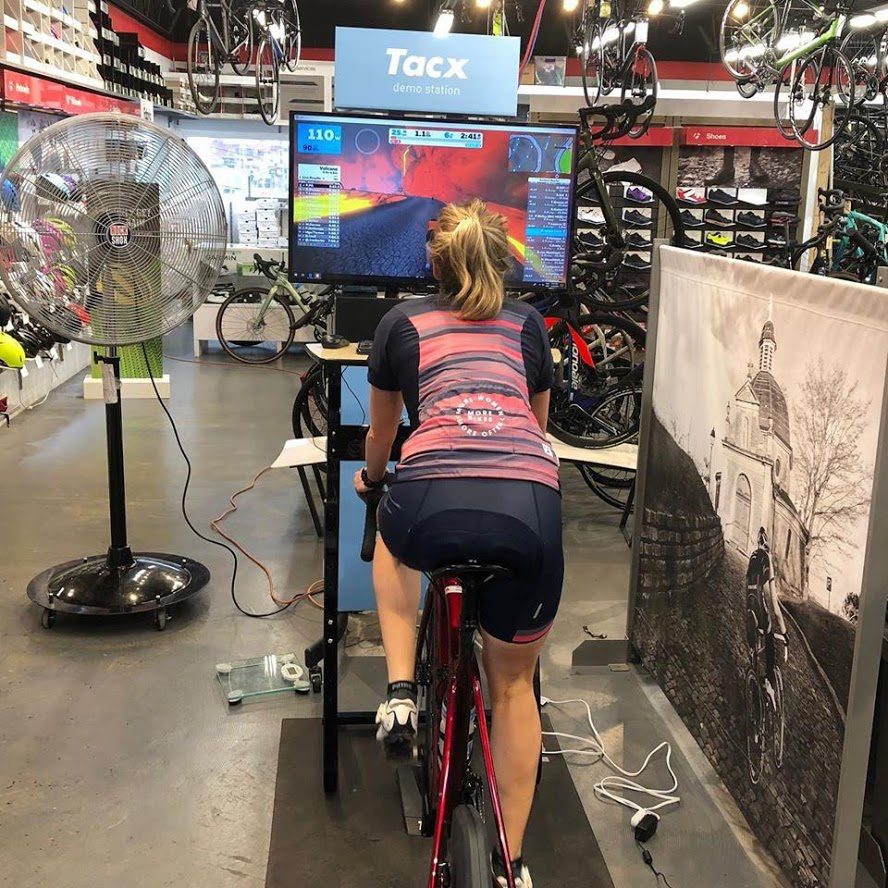 HPL Cycling, a Saskatchewan based performance cycling team, has organized a network of local bike shops who help riders participate in monthly time trials. The Saskatchewan-based racing team worked with shops in Saskatoon, Regina and Prince Albert to organize these province-wide events that are free to join and accessible locally.

“Local bike stores are very important to us,” says Paul Cutting, Team HPL Cycling Co-founder. “The series gives cyclists even more reason to visit their shops in the off season and, for some, learn more about what technology and equipment are available for training indoors.” 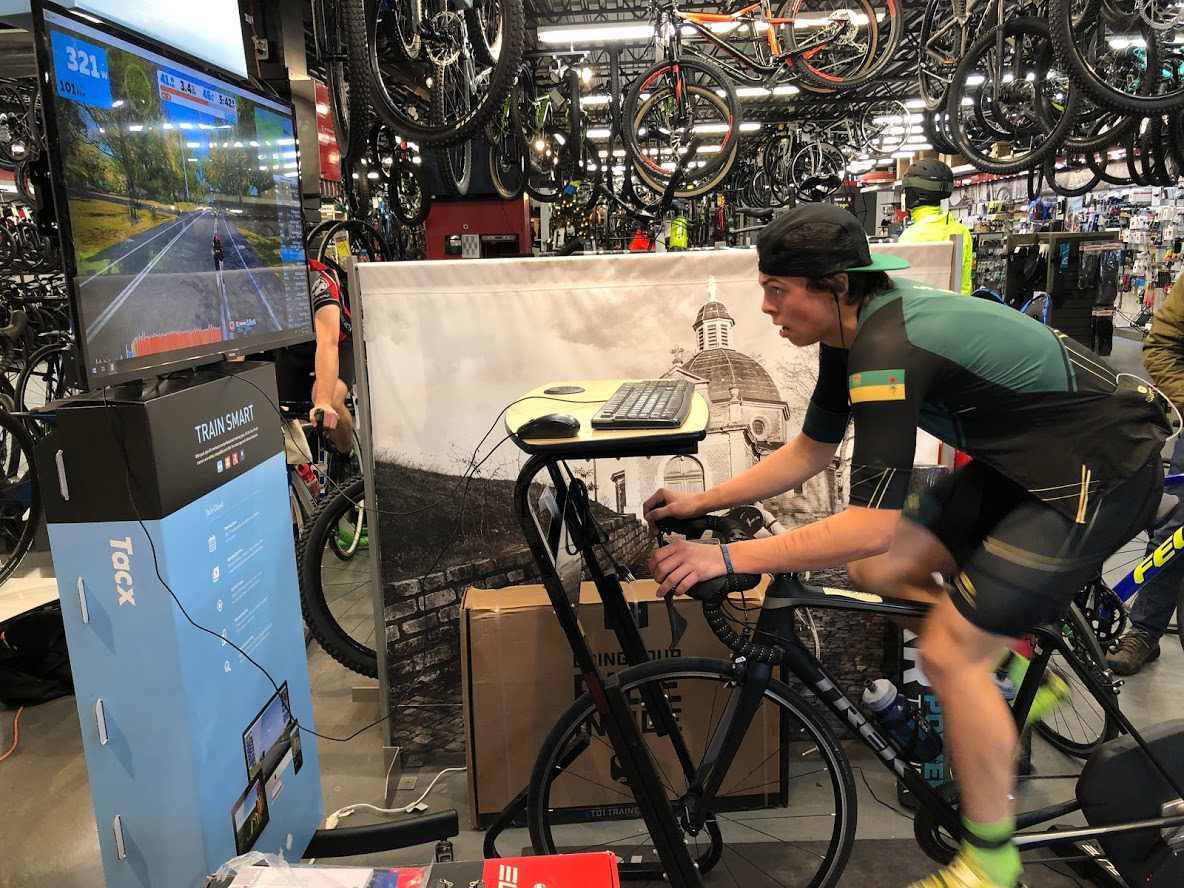 This time trial series was a natural progression for a team that can only ride together virtually during the winter. “Many of us were training together remotely on Zwift,” says Cutting. “Although we were getting together, at least virtually, and getting stronger and faster, I wondered if there was a way to create a platform to test our cycling fitness and our race readiness.”

The result was the HPL Winter Time Trial Series, in which racers in mens, womens and junior categories get the opportunity to compete against their summer competition in a virtual field. Participants head over to their local bike shops, where they are set up on a trainer and linked with a Zwift account.

Maintaining a cycling community in the winter months

“The HPL Winter Time Trial Series, using defined Strava segments, created a way for our fellow provincial cyclists, not just HPL members, to compete online during the winter months and get a sense of their level of training and race readiness,” says Cutting. “The series reporting also provides good insight into how the competition’s race readiness is progressing.” 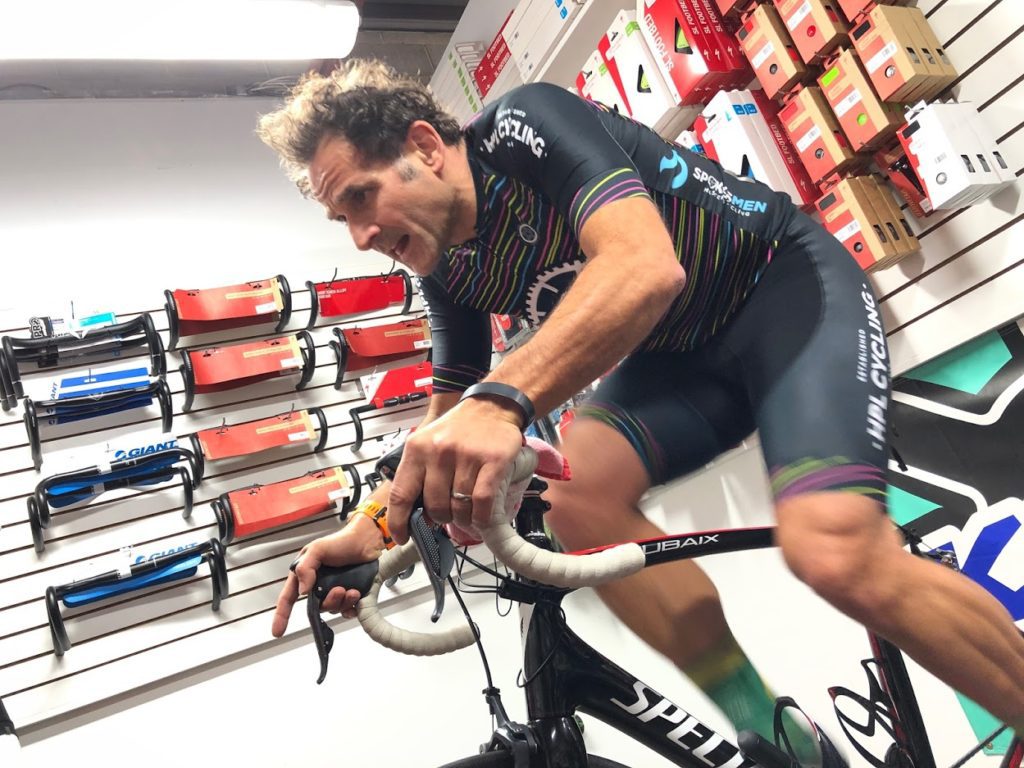 All racers compete on the same Zwift segment, and results are posted online after every event.
Still in its first year, the well-attended series has already held five events throughout the colder months. The last event will take place Mar. 7, after that Saskatchewan racers will have to wait until May for the first (non-virtual) road race.