In August of 2019, Shim (Matthew Szymanowski) was hit by a car while riding, and was left with a serious spinal injury.

In honour of Shim, and to help him with his recovery, Shim’s Ride was started in 2020 by three loyal friends, Nick Monette, Cole Glover and Sam Horn, to raise money to help fund his recovery. The first year helped Shim travel to Thailand to receive an experimental Epidural Stimulator implant.

The first year of the ride was a massive success. They rode the length of Vancouver Island, a measly 520 km from Port Hardy to Victoria. The trio managed to raise over $75,000, and Shim went to Thailand, received the treatment, and has since been on a remarkable journey of recovery.

Though Shim’s Ride has traditionally been an epic, this year the boys are planning to shake things up a bit so that more riders can participate! In the name of inclusivity, they’ve decided against a 500-km ride, and instead are hosting a crit in Victoria on July 24th to which all are welcome! Besides, I’m sure that Monette has had his fix of epics this year after finishing a very impressive 60th in the 200-mile Unbound Gravel in Kansas!

The team is hoping to raise $50,000 this year to donate to Praxis Spinal Cord Institute. 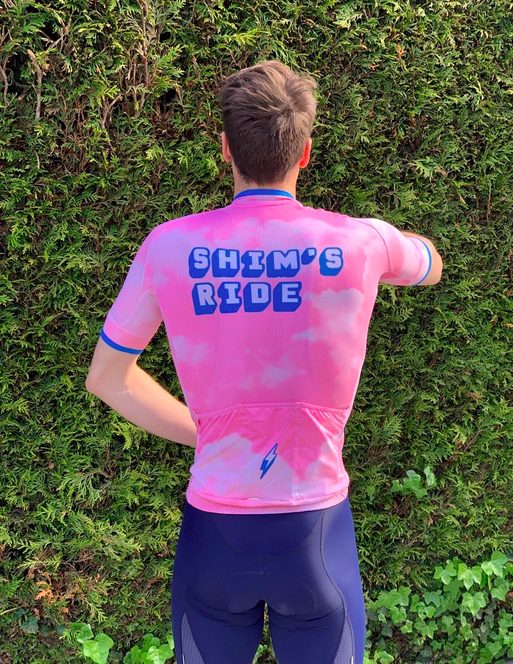 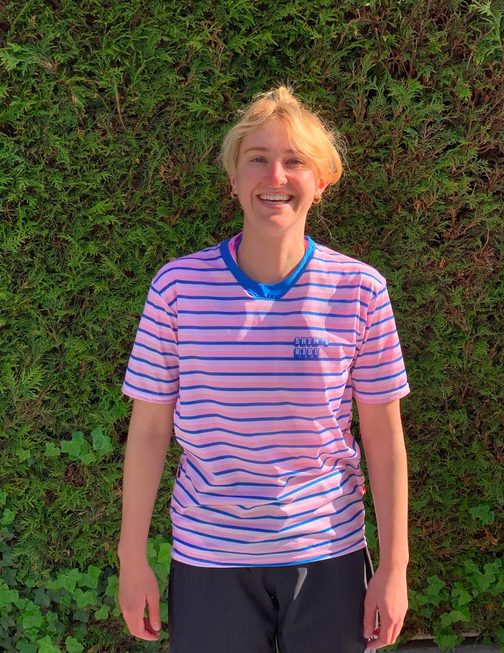 Shim's Ride goes off-road, too, with the striped MTB Jersey 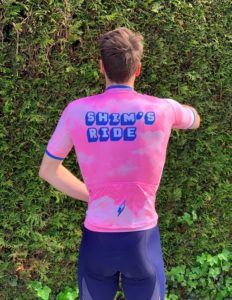 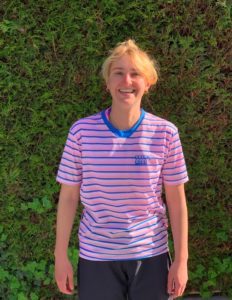 Some details are yet to be finalized, so keep an eye on their Instagram for updates. Depending on numbers, there may be a separate women’s race, and hopefully a handcycle event as well. For non-racers, all are invited to the BBQ on July 23rd at Oak Bay Bikes where some handcycles will be on demo, representatives from Praxis will be around to chat, and Category 12 will be providing beer.

Of course, without the support of Victoria’s generous cycling community, this event wouldn’t quite be what it is. A special thanks goes to the Victoria Wheelers and Oak Bay Bikes for helping run the events this year!

If you can’t get to the events, you can donate directly on the website (and receive a tax receipt). Or, you can purchase one of their flash pink cloud jerseys by Jakroo, with 100% of proceeds going to Praxis! Jakroo has already helped them raise over $10,000 this year!  As an added bonus, a special ‘Shim’s Ride’ roast from Elevenspeed will be available soon, with $5 from every bag going to the cause.

After taking care of Shim, the boys have continued to show up for those with similar injuries. If you’re around that weekend in July, check out what they’re up to. It’s an incredibly important cause, and these guys deserve a high five for all that they do!