Shim, Mathew Szymanowski for long, is always down for anything.

Shim was balancing a full course load learning things I didn’t even know I didn’t know, intermittently fasting, smashing group rides at six AM four mornings a week, and working in between. Still, no matter what you asked Shim to do, he’d raise his eyebrows, lean back a little, take a deep breath while raising his hand, then swiftly slice that raised hand through the air and say: “I’m so down!”

And anyone with the privilege of knowing Shim can’t help but look up to a guy that’s ‘so down’. He’s the coolest thing that happened to cycling in Victoria.

Alas, Shim went down in late summer last year, and could use our help getting up again.

While on a short ride after an exam one afternoon, Shim was struck by a vehicle. He suffered two punctured lungs and a severed spinal cord in his neck. The crash resulted in paralysis from his neck down.

Shim has the opportunity to receive epidural stimulation treatment (surgery) in Thailand. But it’s expensive.

Three of his closest friends, Nick Monette, Cole Glover and Sam Horn, will be riding over 500 km in one shot – from Port Hardy to Victoria (the length of Vancouver Island) – in an effort to raise $40,000 to send Shim to Thailand and pay for his treatment!

“The distance, and idea to do it in 24 hours, is a bit of a tribute to Shim’s willingness to be game for any plan,” explains Sam Horn “If we invited Shim to do a ride like this, on the day of, he would be ‘so down’.”

In fact, Glvoer added, “I had pitched the idea to Shim last summer and he was down (of course), though our plans fell through.” 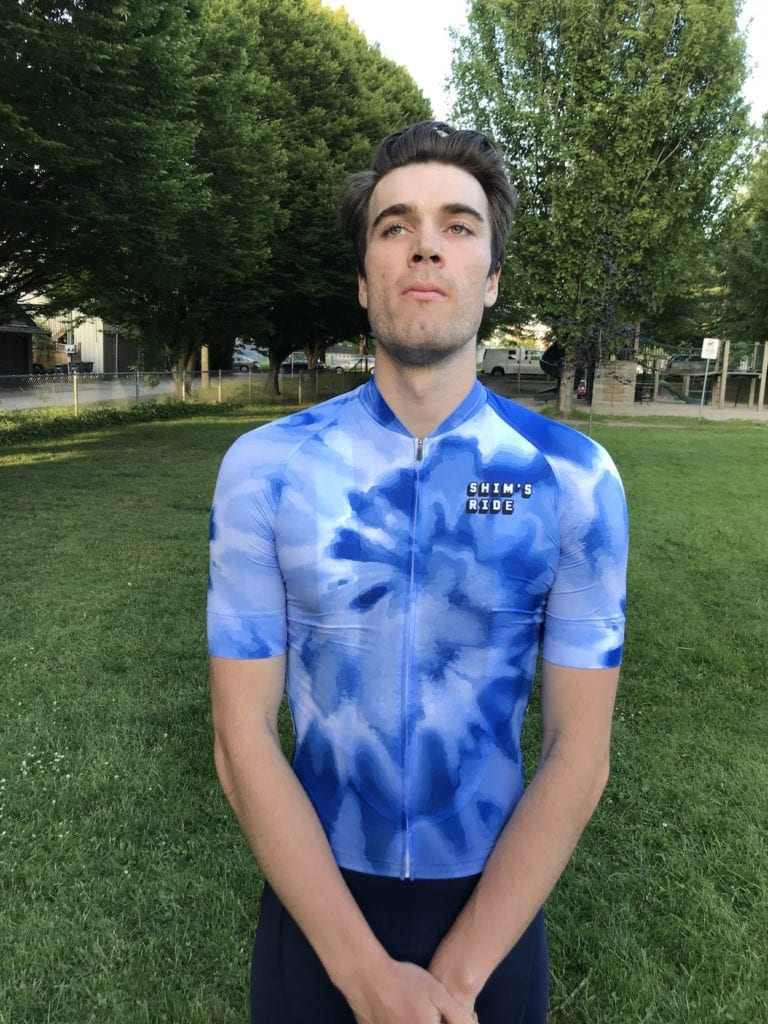 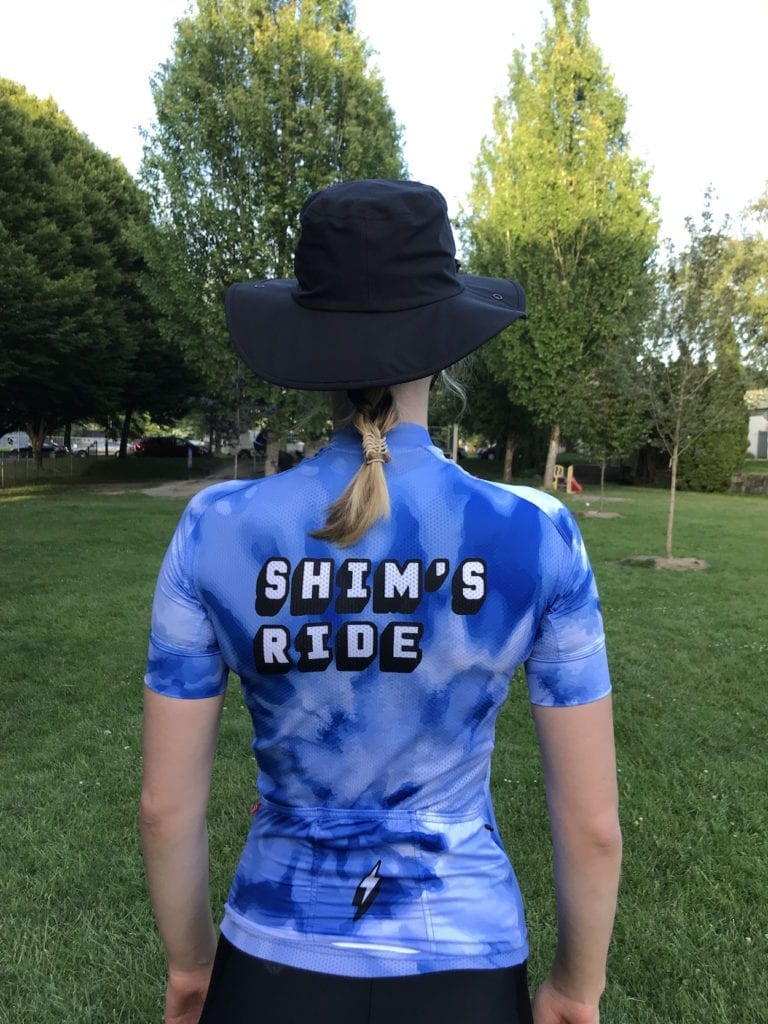 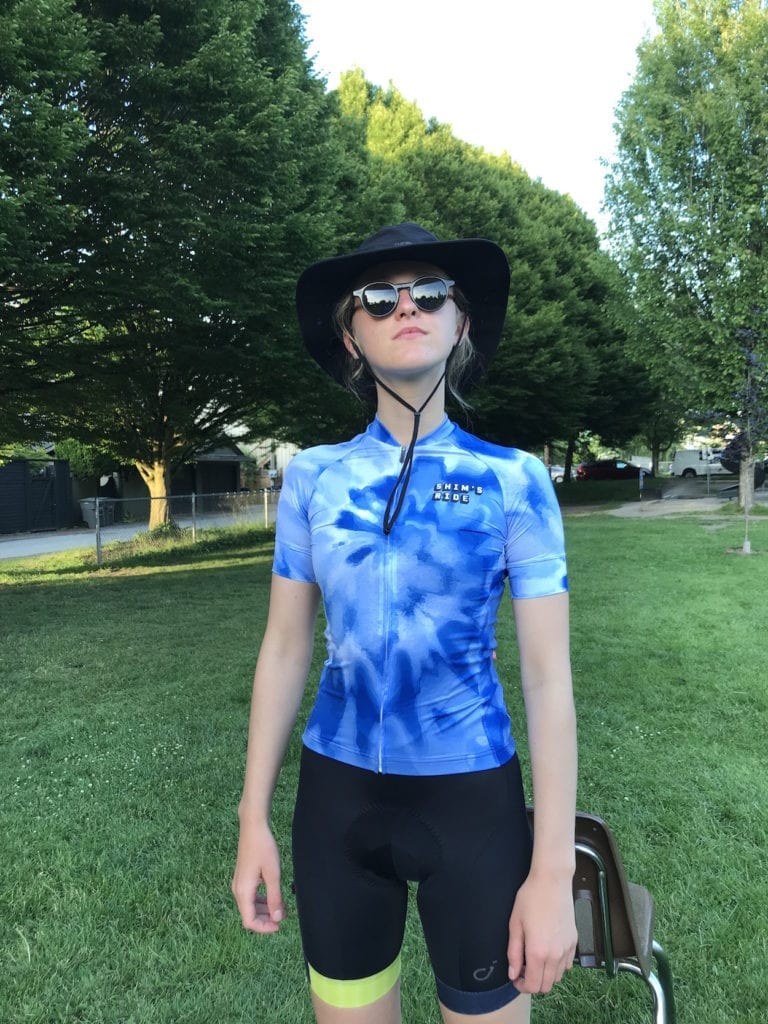 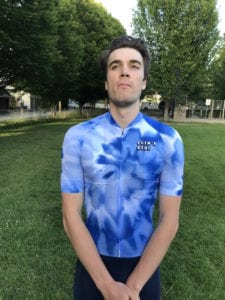 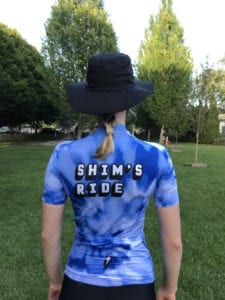 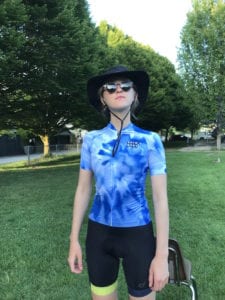 How can people contribute from afar?

Nick Monette: “Shim’s GoFundMe is still live, so if anyone would like to make a direct donation, they can do so by following this link: ca.gofundme.com/f/pulling-together-for-mathew. Anything is massively appreciated.

We are encouraging people to reach out on Shim’s Ride on Instagram as well with stories and photos of Shim. We all know how much he continues to mean to us and his communities (Ridley College, UVic Vikes Rowing, Victoria Wheelers, Oak Bay Bicycles).

Finally, we are selling jerseys and buffs in an effort to raise funds.”

Shim’s Ride gear is provided by Jakroo Canada, who are not only donating 35% of sales directly to Shim, and matching that total themselves!

Cole Glover: “The plan is to complete the ride within 24 hours – leaving Port Hardy the evening of July 24th, riding through the night, and arriving at Oak Bay Bikes on July 25th at approximately 5-6 pm.

We’re fortunate to have nearby support from each of our partners throughout the entire ride. They will be taking turns driving a van supplied by Oak Bay Bikes carrying all the food, water, caffeine (thank you Eleven Speed Coffee!), we’ll need along the way.”

With the current health situation, the group is staying a trio. There are tentative plans for a welcome back BBQ at OBB, and possibly the option to join the last portion of the ride.

“We’re encouraging people to buy the kit and go for their own version of a challenging Shim adventure,” says Monette.

How are you preparing?

Cole Glover: “We’ve mostly been incorporating larger volume into our riding schedules. I’ve had to focus on riding steady and sustainably instead of always hammering.

“Because of the sheer duration of the ride, staying on top of our nutrition and hydration will be key, but it’s no doubt that the mental battle will be the toughest, which is difficult to prepare for. However, considering the cause of this ride and the support we’ve received, we’ll have plenty of motivation nuggets to draw from when we need it most.”

I also caught up with Shim a little to ask about his recovery and his thoughts on the ride.

“Recently I had a nerve transfer surgery done. The surgery was fairly long, taking 7 hours per arm and the recovery afterwards took approximately 3 weeks. The surgery has the potential to increase function in my fingers, although it takes a while for the nerves to heal completely. Normally I would be in Physio working on increasing strength and fitness but with the COVID lockdown no physio places are open. I have been trying to stay motivated to do exercises at home but overall I think I am in the same boat as everyone else; ready for places to open back up!”

What’s special about the epidural stimulator?

“With the stimulator, I will be able to voluntarily stand and potentially take steps. The stimulator can also be programmed to help with other day-to-day functions. One being bowel and bladder function – stuff that normally people don’t need to worry about – but for spinal cord injury people it’s a big hurdle! There have been studies done where people actually retained their movement even when the stimulator wasn’t on!

“The surgery isn’t available in Canada, but the USA, Switzerland and Thailand all have facilities for the surgery. With Thailand being the most affordable and experienced I have mostly been in contact with them.”

What do you think of this crazy ride?

“I truly do have some amazing friends that put so much effort and thought to support me and I can’t be thankful enough. Last year before my accident Cole initially came up with the idea. Depending on how the summer exam schedule lined up it was in our plans. The accident happened before that ever came to fruition. It is an amazing milestone that I wish I could be a part of.

I am super stoked for them and wish them luck! I would also like to thank everyone else for supporting me!”

So there we have it. Three riders, 500 km, one day, one spinal cord. Being close to Shim myself, I’ve never known anyone who can push themselves harder. Since his accident, I’ve managed to access a new level of drive when I begin to suffer during any sort of physical effort. I imagine that for these guys, as they push through the inevitable physical and mental barriers of a 500 km ride, it will ultimately be a matter of accessing a degree of Shim’s sheer determination that will get them through.

It’s brilliant to see an effort in place to give Shim a hand. I hope this article can inspire some to be “so down” to contribute a little too!