Like anyone who’s spent a lifetime riding bikes, I have a lot of amazing memories associated with cycling. From my ascent of Mont Ventoux on a recumbent to my first and only attempt at bunny-hopping on a unicycle, my mental archive is full of bike-related experiences. For me, autumn is a time of reflection. I find myself wistfully parsing these memories as I sit at my typewriter sipping my Earl Grey tea and wondering what to write about. 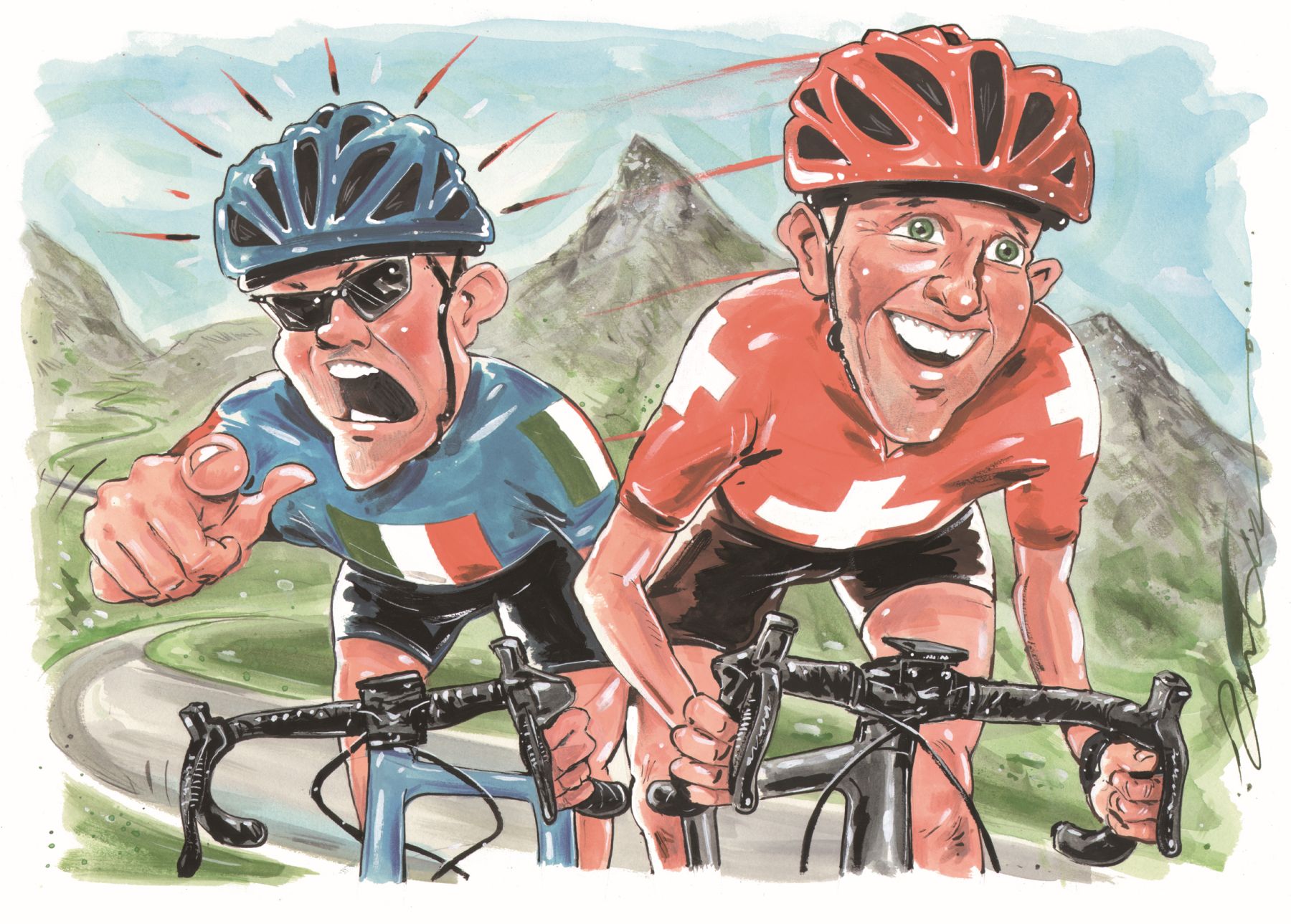 The memories I return to most often are of epic rides – the hours-long struggles against the elements, geography and my own limitations. These rides have defined me as a rider and strengthened both my body and my spirit. I know I’m not alone in this. When I talk to other cyclists, their favourite stories are about the rides that nearly did them in, the ones from which they never thought they’d make it home. The more of these stories I hear, the more I realize that many of them are set in the fall.

Why is this? I believe every good story needs a dramatic arc, and the fall provides the perfect backdrop for drama. The skies are angry and dark. Will it rain? Probably. And when it does, it’ll be a cold, driving rain that stings the flesh. Even if the conditions are dry, you can be sure it will be windy – not a refreshing breeze, but a brutal force to battle. Finally, the mercury will drop, putting a bitter chill in the air, reminding us that summer is gone.

What an ideal setting for an epic struggle. Indeed, it’s under conditions such as these that I’ve had my most memorable, epic rides. Herewith, a few choice examples.

I’ll begin with the most epic of all: the Gran Fondo Giro di Lombardia. I rode this in 2009. It was the single toughest day I’ve ever spent on the bike. From being verbally assaulted by an Italian cyclist angered by my Swiss national cycling champion’s jersey (bet you didn’t know that I once held that title!), to avoiding several nasty pileups in the first 50 km, to nearly going off the side of the mountain more than once on harrowing, wet descents, the Race of the Falling Leaves left an indelible mark on me. Ten years later, I still wear the vest I bought at the local bike shop in Lake Como with pride. If I close my eyes, I can still taste the gnocchi dinner I had at the finish. (Come to think of it, there might still be some of that gnocchi stuck to the vest.)

Next up, and more local, are my many adventures in the Laurentians. I’m fortunate to have a good friend who owns a chalet in this amazing part of Quebec. Throughout the years, he’s organized a number of fall cycling camps. We’ve spent days at a time riding through some of the most challenging terrain I’ve experienced in Canada. I’ve been chased by angry dogs, battled nearfreezing rain and cursed my lack of a true grandmamma gear as I struggled my way up some long and nasty climbs. One year, to make it even more epic, I did all this with a bourbon hangover.

Finally, there’s the annual customer appreciation event organized by Ennis, my longtime cycling mentor, spirit guide and the owner of my local bike shop. Ennis has an emu farm north of Toronto. Every year he arranges a monster ride in late September, followed by what can only be described as a majestic feast. Before the ride, there’s a quick speech about safety and a reminder that this is not a race, but a friendly ride with a no-drop policy. Everyone nods in agreement, and then we all take off at full throttle, determined to smash the other riders who’ve put us to shame on club rides throughout the season. Given that the route is vaguely described and known only in its entirety by a select few, the number of riders who make it back for the meal is a small subset of the number who started out. Some generous soul (yours truly on more than one past occasion) is then enlisted to ride it all again in reverse in an effort to find the stragglers. The race is then on a second time, as the rescue patrol has to make it back to the farm before everyone eats all the emu steaks and pierogi.

I have no doubt that you, dear reader, have your own epic tales to tell. If not, now’s the time to swing a leg over your best foul-weather steed and create your own adventure. This is what memories are made of.