17 days of competition produced thousands of unforgettable memories for the Tokyo Olympics athletes and fans around the world. Canadian fans of cycling got their share of content, with numerous impressive displays from the riders in baby blue jerseys.

“I really, really wanted to get it done in two, and I got it done in two, which is really rare since I usually end up going to three,” said Kelsey Mitchell describing her gold medal final. “Canada’s a threat, and I think we proved that here. We’re strong and we’re some of the best in the world.”

The 27-year-old finished Canada’s Olympic Games with a bang, winning gold in the women’s sprint. Her win brings is Canada’s second-ever gold medal in cycling—Lori-Ann Muenzer first won gold, also in the sprint, at Athens 2004. 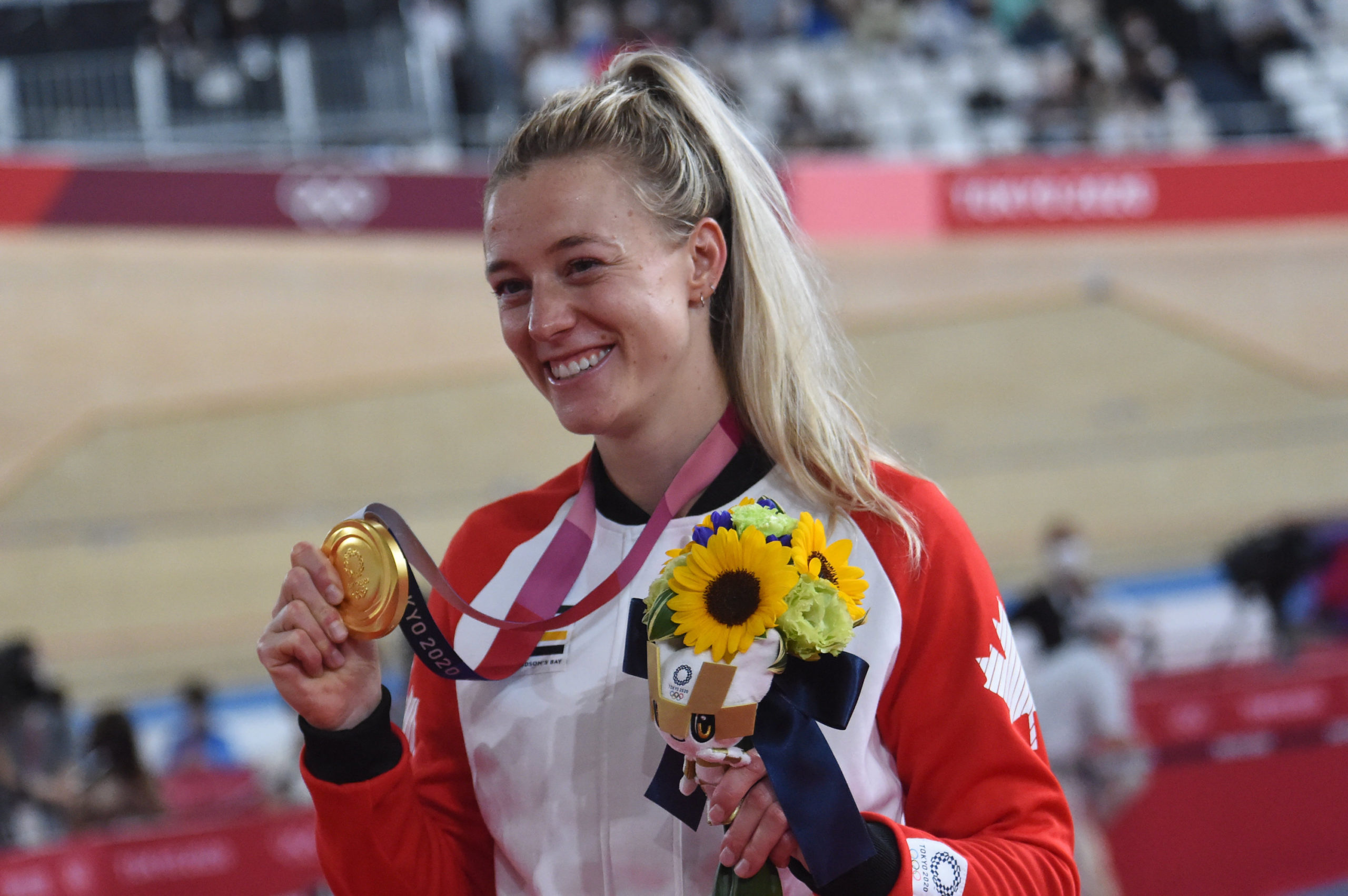 Mitchell, who only started riding at the age of 23, has shot through the rankings in the past four years. She can now add Olympic gold medallist to her list of accolades, which include Pan Am golds and the world record in the flying 200m.

On Aug. 5, Lauriane Genest won Canada’s first-ever Olympic medal in the keirin and the first cycling medal of the Tokyo Games. 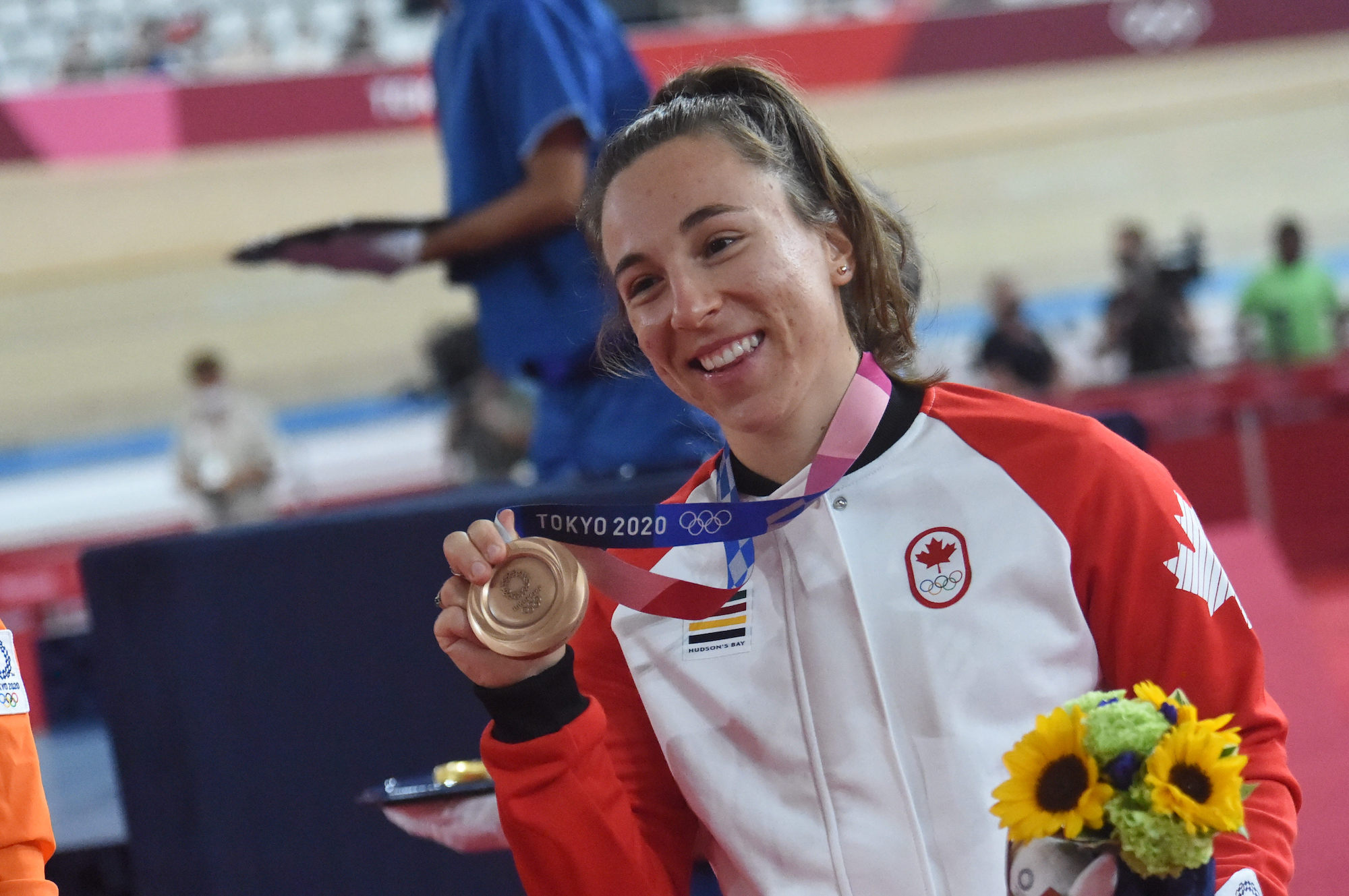 “I’m pretty stoked,” said Genest. “In the moment when I crossed the finish line, I didn’t really know what I had done. It’s a life accomplishment honestly, we work so hard every day, we train so hard and it’s dedication and it’s amazing to see that work pay off.”

Genest beat out a stacked international field of experienced women to take third place, finishing just behind gold medallist Shanne Braspennincx of the Netherlands and Ellesse Andrews of New Zealand.

Woods in the road race

Michael Woods kept Canadians on the edges of their seats with his road race performance. Riding 234 km in the blazing heat, Woods positioned himself well for a strong finish, riding aggressively and actively throughout the race. A sprint for the bronze medal with riders such as Pogačar and Wout Van Aert put the Candian off the podium, but he still managed to finish fifth, the best result for a Canadian male since Steve Bauer’s silver in Los Angeles 1984. 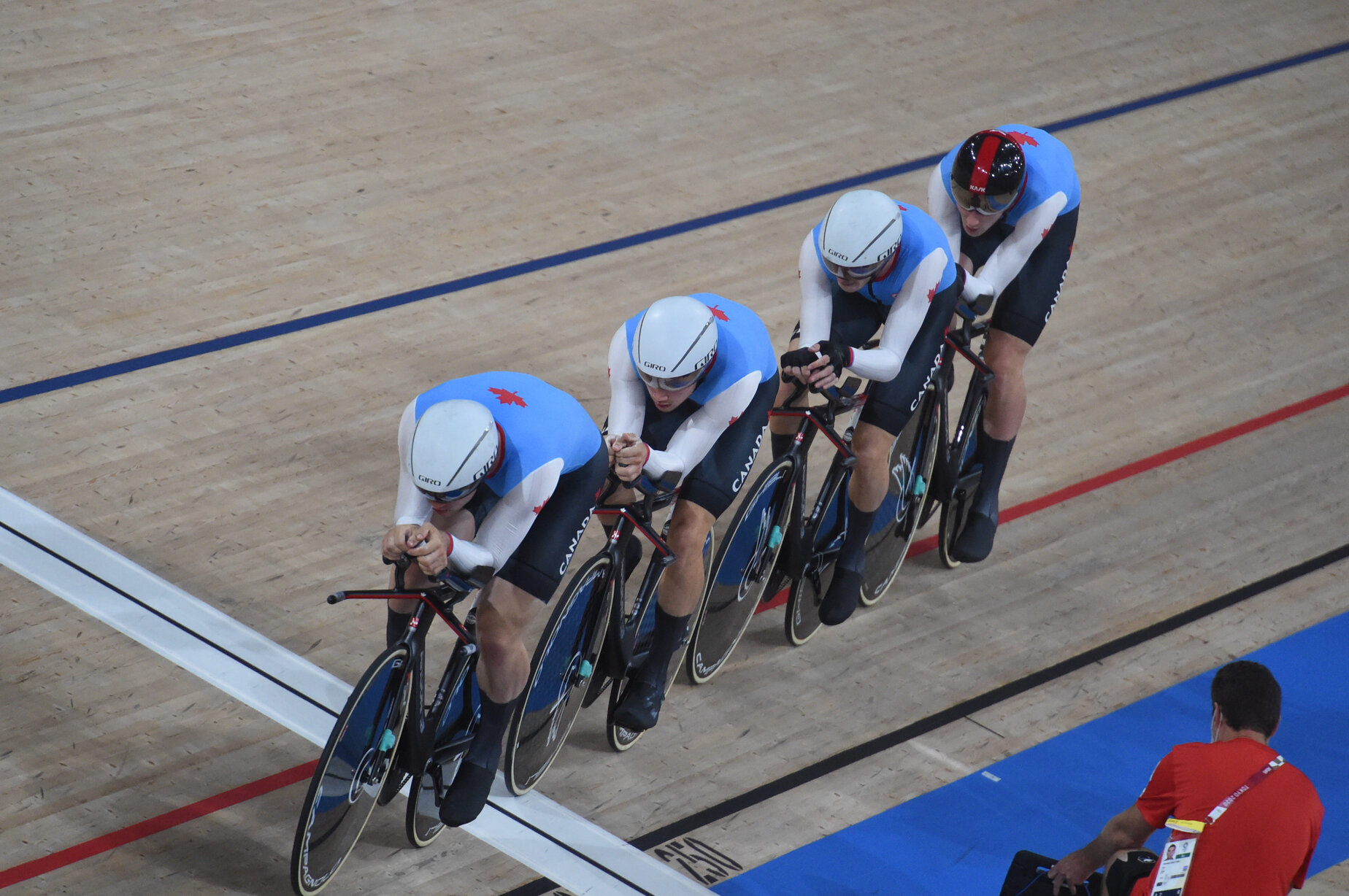 Canada’s men’s and women’s team pursuit squads both came up just short of the podium, but the teams can be proud of the national records they set in their impressive performances. The men’s squad, who finished fifth, posted Canada’s best Olympic result since Los Angeles 1932, 89 years ago. Vincent de Haître, Michael Foley, Derek Gee and Jay Lamoureux were the first Canadian men’s team pursuit squad to make it to the Olympic Games since Montréal 1976 and, on Aug. 3, the group broke the Canadian record while beating Germany with a time of 3:46.769. 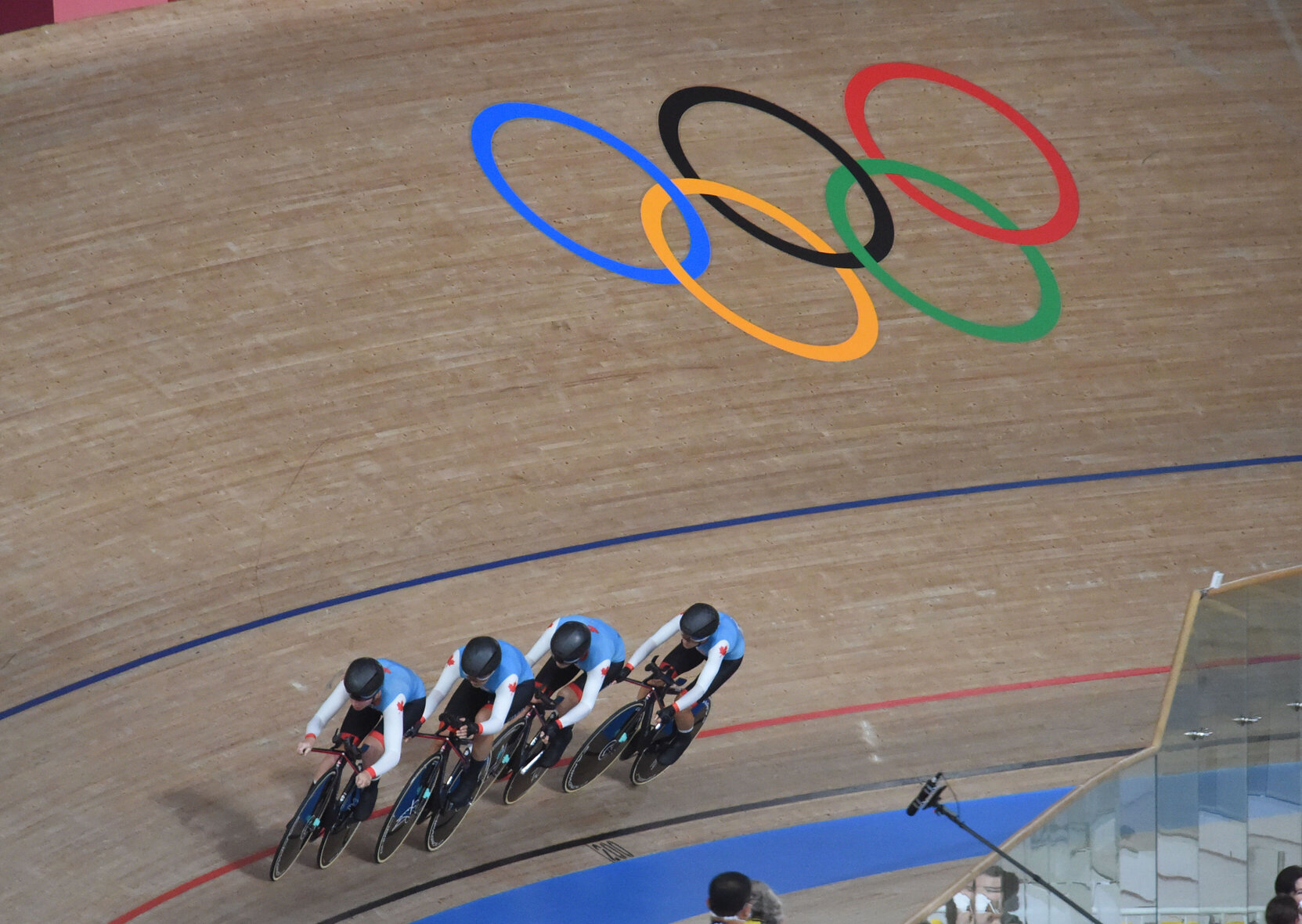 The women’s squad finished fourth, one place behind their Rio bronze. They lost the pursuit’s bronze medal round against the American team. The squad may not have medaled, but they did set a new national record of 4:09.249 in the first round.

Pendrel at the Games

For Catharine Pendrel, competing at the Tokyo Olympics is a remarkable accomplishment in itself. The rescheduled Games took place just months after the Canadian Olympian and two-time world champion gave birth to her first daughter. The new mother, who won bronze at Rio, improved steadily over the season, riding to 18th in her fourth – and final – Olympic Games.