Canada’s most populous province is relatively flat compared to the more mountainous western provinces or even the more undulating terrain to the east. Ontario’s highest point is a mere 693 m above sea level but is found in the Northeastern part of the province. With a complete absence of truly mountainous terrain, there are still some challenging roads that point upwards for enough time that they are worth seeking out. Here are Ontario’s top categorized climbs. 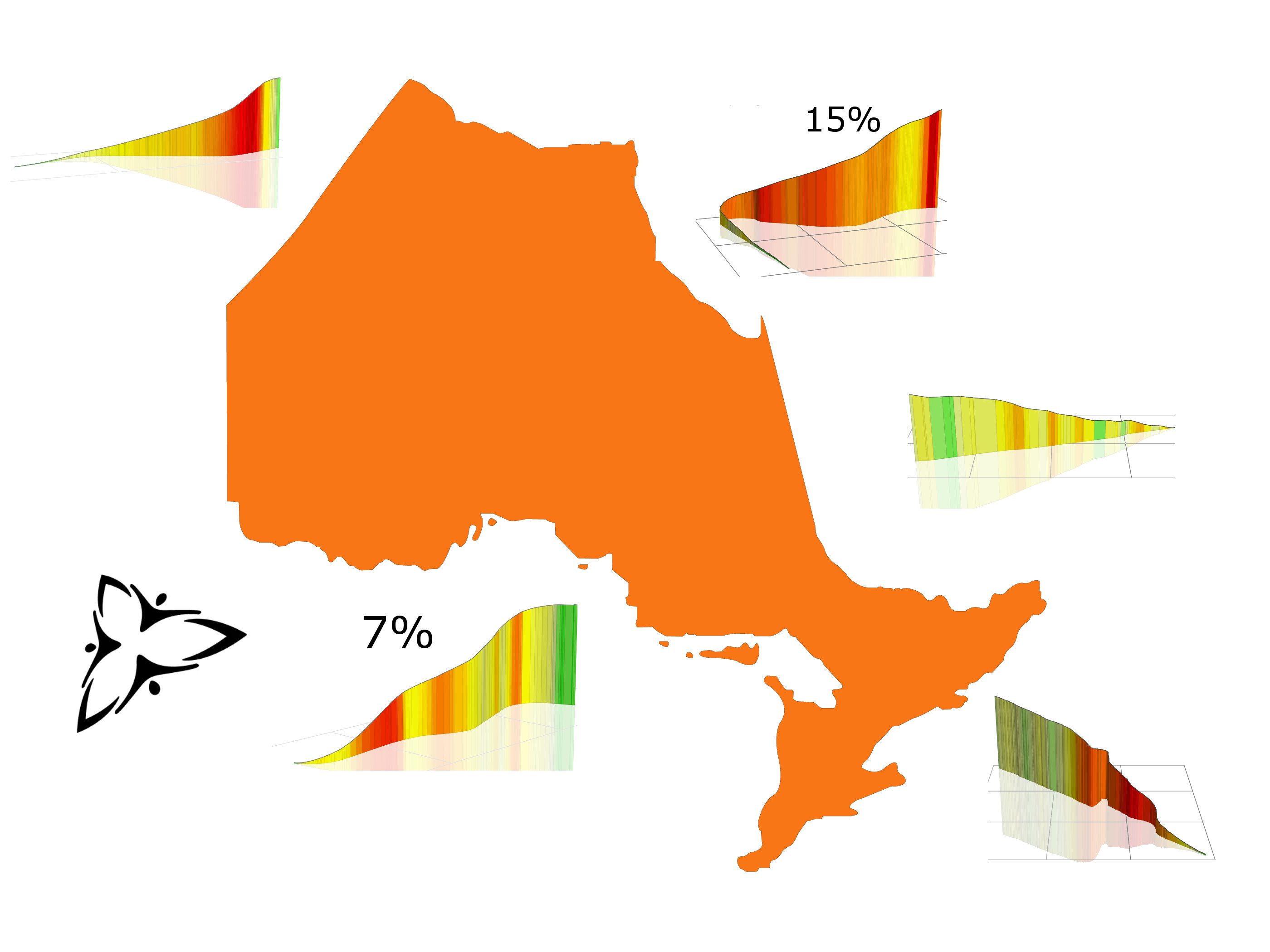 One of the toughest climbs in Ontario, Scenic Caves winds its way up Blue Mountain just outside of Collingwood. It is a pretty consistent effort with most of the gradients edging above 9 per cent. The maximum gradient is a leg aching 20 per cent.

A climb that rises up violently with tough sections of 14 per cent at its base, the climb goes north to south on Foymount Rd just outside of Cormac. The climb eases up at the end.

A steady but quite lengthy climb for Ontario, the County Rd 21 climb runs east to west outside of Honeywood. The climb has a couple of false flats in it meaning the bulk of the climb is in the 7 to 9 per cent range. The climbs steepest section is 10 per cent.

The climb to Rattlesnake Point is on a narrow road and bites hard early with sustained 15 per cent gradients before starting to ease once past the park entrance.

A steady climb on a wide road just outside of Dundas, Sydenham features long sections at about 9 per cent. From the top you look over Lake Ontario and the Hamilton area.

A steady start along the 401 service road gradual kicks up with the steapest section of nearly 17 per cent towards the end when the road kicks up for a cruel couple of hundred meters.

A relatively gentle climb which only kicks up to 7 per cent that runs east to west in Oro-Mendonte on County Rd 19.
Maple Valley – Creemore – 2.9 km – 5 per cent

A long climb that rises gently for almost 3 km next to Noisy River Provincial Park, the Maple Valley climb features a max gradient of 10 per cent at the start and a false flat final section of meaning most of the climb is actually at about 7 or 8 per cent.

A climb that runs directly south in the Niagra Peninsula, Effingham Hill only really bites in the final 500 m when the road hits with consistent gradients above 10 per cent. With a max gradient of 15 per cent, it’s a tough little climb.

A popular climb in Scarborough which rises from the lakeshore Bluffer’s Park Marina. A large portion of the start is at 10 per cent before steadying off a bit towards the top.