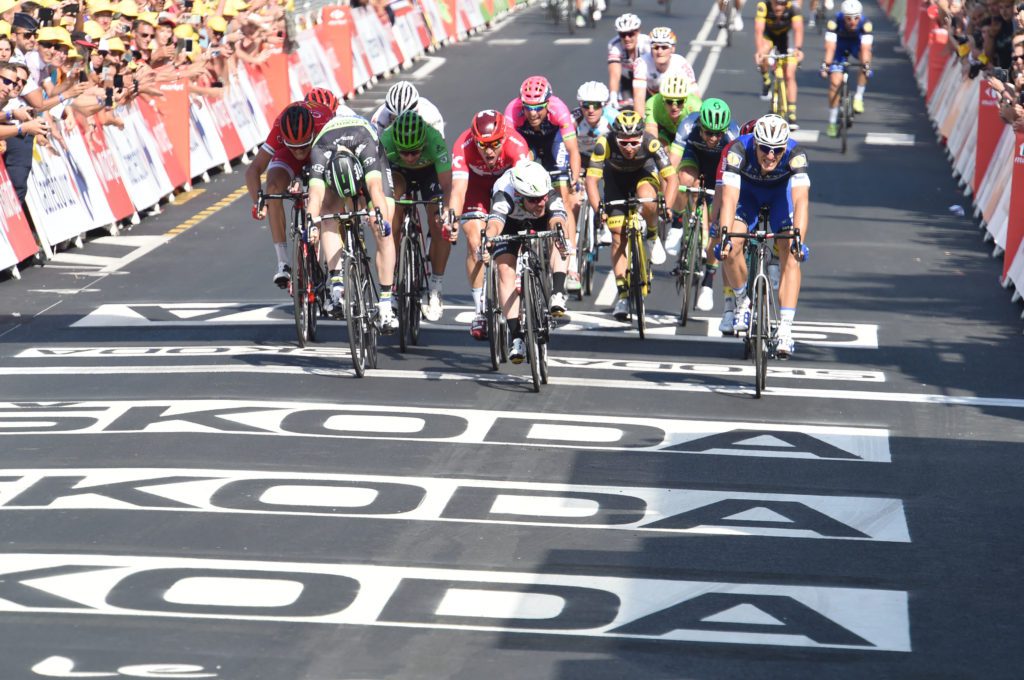 It was a Tuesday night in spring, and I was in the final laps of a local crit. Our field of 70 riders had been attacking each other throughout the race. Things sped up as we saw the five-laps-to-go sign. Sitting in 20th wheel, I started to move up in the group. With three to go, I was in the front 10. As we started the final lap, I moved up into third wheel, behind two riders from the National Cycling Centre Hamilton team. They ramped up the speed and entered the last corner. With 200 m to go, I came around and saw I was half a bike length behind one rider. I remember thinking, “Great opportunities to win a race are rare. Give everything you have.” I dug deep and sprinted hard, throwing the bike side to side. I started to close the gap. I caught and passed him by a wheel at the finish. I threw my hands up and let out a yell of something or other, because after more than five years of racing, I’d finally won a race.

Now, I’d like to savour the moment, the thrill of the win, the adulation on the podium, the WorldTour contract. But I’d better back up a bit and tell you what led to this moment that likely represents the peak of my amateur bike racing career, which will almost certainly be followed by a long, slow, inevitable decline into ruin. As you, my loyal readers know, when I started racing some five years ago, I felt lucky to survive a few laps. The regular humbling feeling of getting spat out the back of the field spurred me to get more serious about training. As time passed, I was able to finish most races. Throughout the past two years, I went from finishing to contending, with top-10s in Ontario Cup races and Tuesday-night crits.

As I entered this year, I knew that I wouldn’t be content without taking another leap. When I analyzed my performance, I noticed that three-quarters of the races I did came down to sprint finishes. I also noticed that I was not winning those sprints. Over and over, I would get passed in the final 100 m or find myself sprinting for 10th instead of first.

As they might have said in Ghostbusters , “When you’re getting beat in the straight-line sprint, who you gonna call?” Since Bill Murray was unavailable, I picked up the phone and dialed Andrew Randell at the Cycling Gym to help me exorcise the ghost of crappy sprinting. Andrew never talked watts and power with me. Instead, he showed me how important technique and tactics are to winning in the sprint. What I learned from Andrew is that sprinting is a skill.

It was quickly apparent to Andrew that my sprinting skills were sorely lacking. Now, I had been sprinting in crits, road races and club rides for five years. He identified some gaping holes in my technique. Andrew pointed out that I had been sprinting using just my quads and burning out fast. The bike was virtually static, with no side-to-side swing or full body engagement. I was over-geared too, which kept my cadence low. 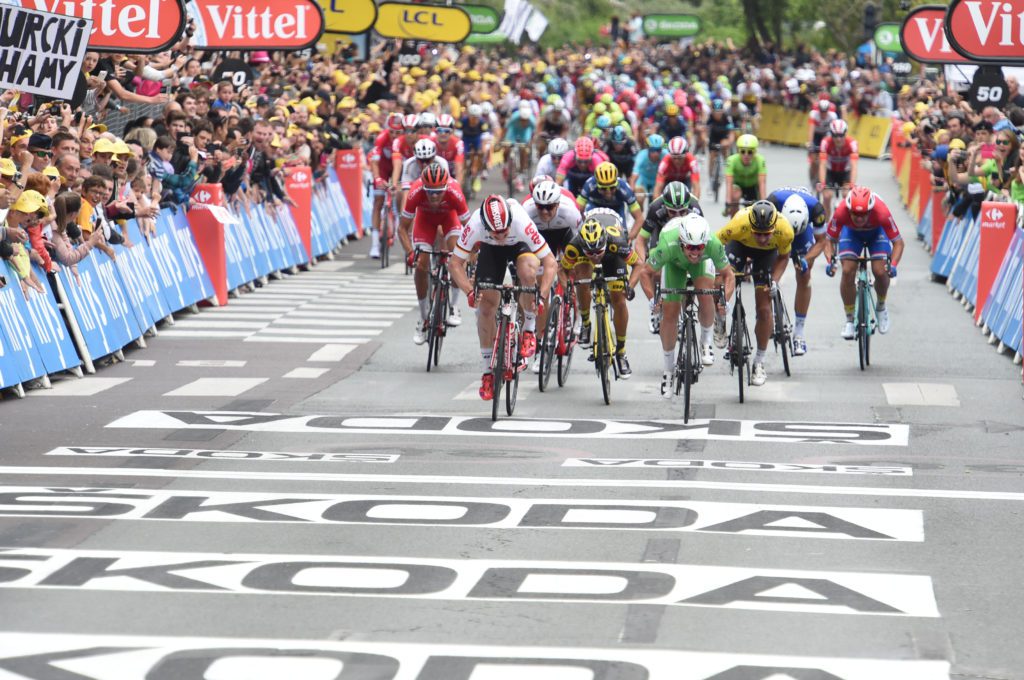 Andrew switched my hand position. (Tip: don’t hold the bottom of the drops. Get your hands forward into the bend of the bar.) He showed me how to engage my core and arms by swinging the bike. He taught me about gear selection and how you only want to go down one cog once the sprint is on. And, he helped me get my butt out and face forward and down over the bars.

Andrew then worked with me on the tactical aspects of sprinting. I learned how important it is to understand the wind during the sprint, so you can close half the road on the guy behind you and force him to work harder to come around you. Through videos, he showed me how pros ride in the gutter to keep an eye on their opponents, while trying to slingshot around at the right time. I saw how you need to be in the front seven riders in the final few kilometres to have any hope of winning.

RELATED: When race motorcycles get too close

Armed with this knowledge, I began incorporating sprint work into my workouts, with effort after effort focused not only on power but technique. I began incorporating a minimum of five 10-second sprints into every workout. I raced as many crits organized by the Midweek Cycling Club as possible, where I worked to get off the front by sprinting. Slowly, the sprints started to “slow down.” I was able to work on positioning myself better and increasing my chances. I knew I was getting closer to a win, and then it happened. 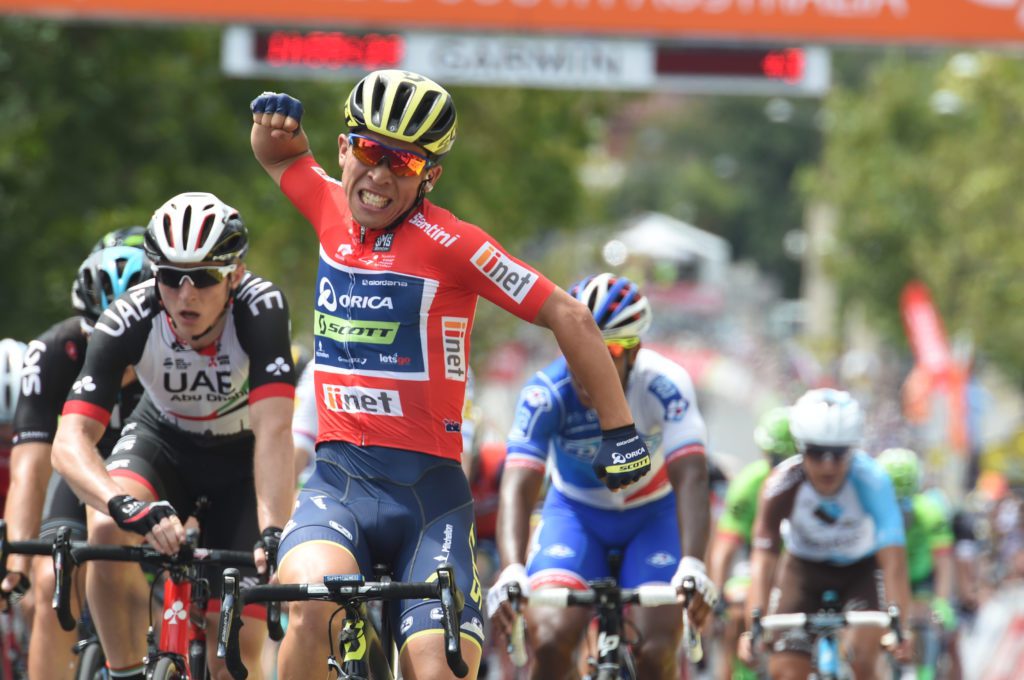 RELATED: A cycling power beyond wattage

My coach always tells me, “process over outcomes,” which is sound advice in a sport where you have so little control over what happens. But I won’t lie: the outcome of a win felt damn good. Now, where’s that WorldTour contract I was promised?