On Saturday, Michael Woods finished runner-up in an Italian autumn classic for the second time in his career. The Ottawa-native was on the attack on the final ascent of the iconic via di San Luca on his way to finishing second to Primoz Roglic at the Giro dell’Emilia. It was his second podium finish of his career in an Italian autumn classic after Woods was second to Miguel Ángel López at Milano-Torino in 2016. This result is big for Woods who is gearing up for the final Monument of the season, Il Lombardia on Saturday, Oct. 12. Woods is looking to improve on his 13th place in 2018 at the race of the falling leaves. 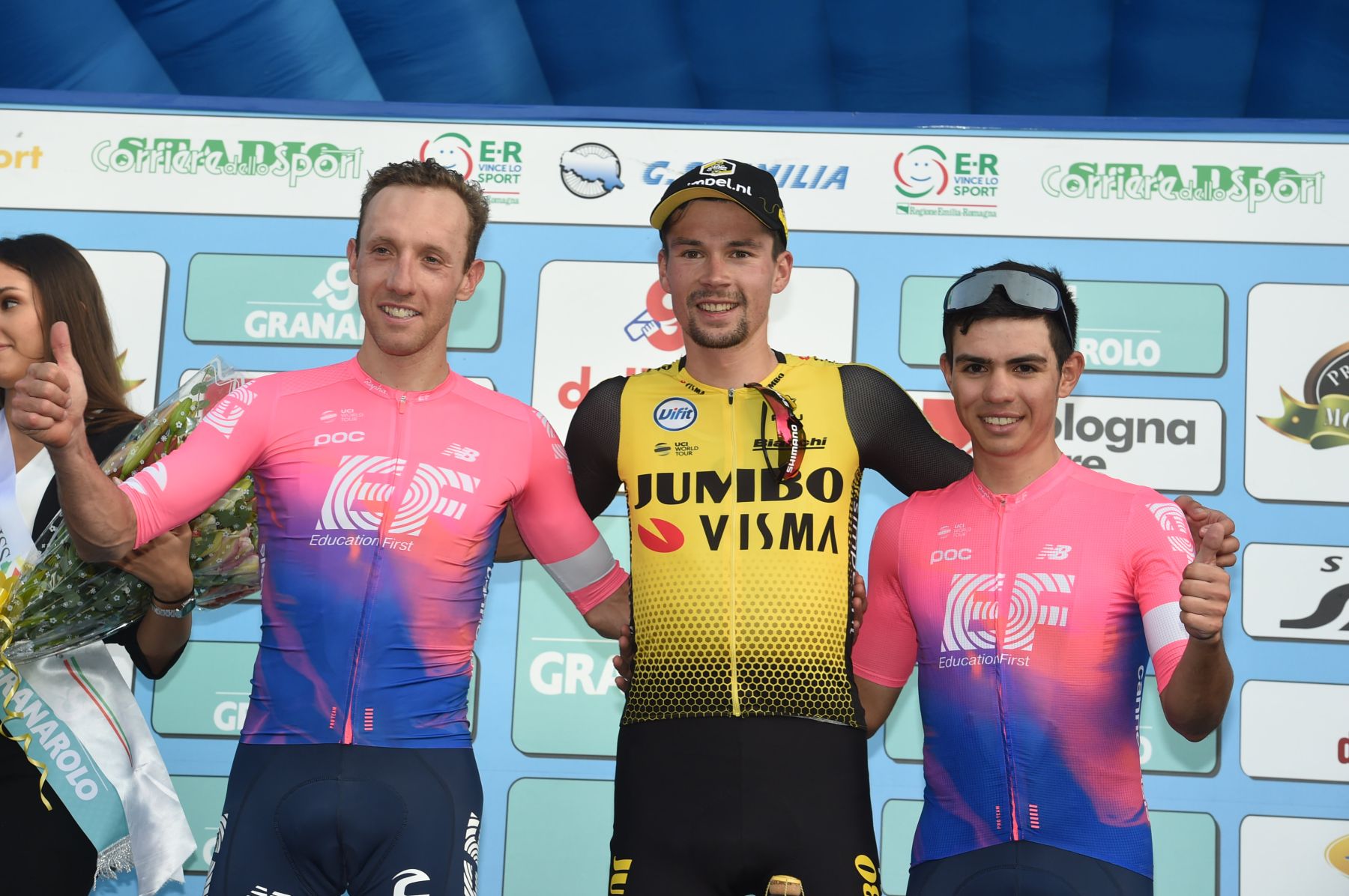 Giro dell’Emilia attracted a top field with the winners of all this year’s Grand Tours present Giro winner Richard Carapaz who was invested in supporting Alejandro Valverde, Tour winner Egan Bernal who had the full support of the Ineos team and Roglic who had a team willing to race aggressively to support his ambitions. Woods, posted his podium ride on Strava. Listed a 60 kg on his team’s website, here is an analysis of what it took to be in contention for the win at the UCI 1.HC event.

Leaving from Bologna, the peloton did a big loop before entering the finishing circuit to the South of Bologna which was defined by the five ascents of the via di San Luca. The opening 165 km of the race wasn’t terribly difficult. Woods only averaged 195 w (3.25 w/kg) for 4 hrs 9 min. On the 19 km at 3 per cent Passo Zanchetto, Woods had to increase his effort to 258 w (4.3 w/kg) for 36 min. The rest of the ride into the finishing circuit was fairly straight forward. 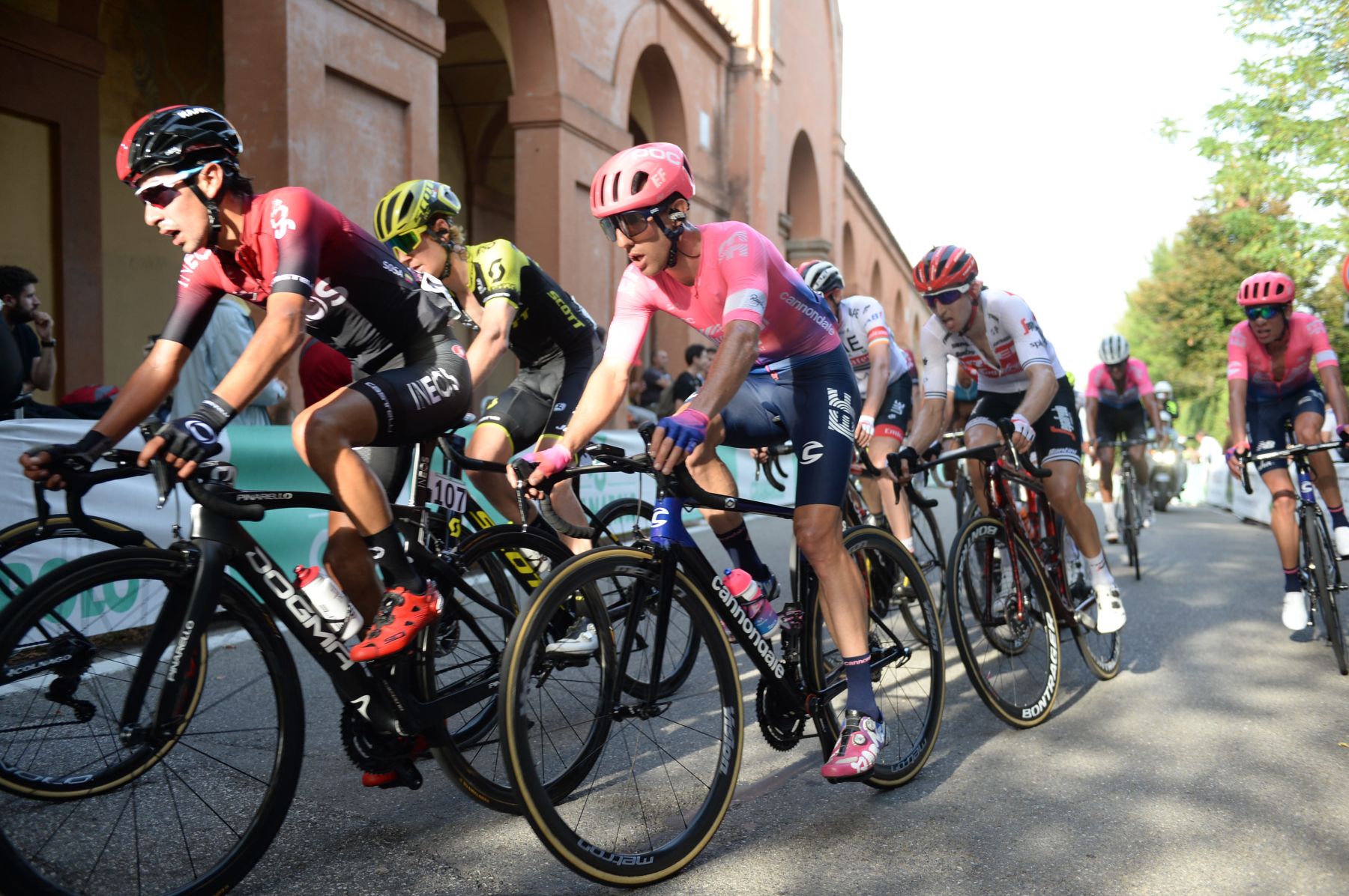 First four ascents of the via di San Luca

The beautiful climb up via di San Luca is 1.83 km at 11 per cent. It was used in the opening ITT of the 2019 Giro, a stage which was won by Roglic. The peloton faced the ascent five times. On the first ascent, things immediately got spicy with Woods needing a 394 w (6.56 w/kg) effort over 5 min 49 sec as a group of attackers including Sepp Kuss went on the offensive.

The second ascent was even spicier with Woods needing 411 w (6.85 w/kg) to make it with the peloton though the ascent was a couple of seconds slower. The third ascent saw the peloton settle down a bit with Woods riding a more steady 376 w (6.26 w/kg) for 6 min 21 sec. Things got faster on the penultimate ascent Woods needed to put in a strong 408 w (6.8 w/kg) for 5 min 45 sec as a select group crested the climb crossing the finish line one last time before the finale. The fatigue was settling in. Less than 20 riders remained in contention for the win. Woods at his teammate Sergio Higuita up the road in an attack, perfectly positioning the Canadian for the last ascent. 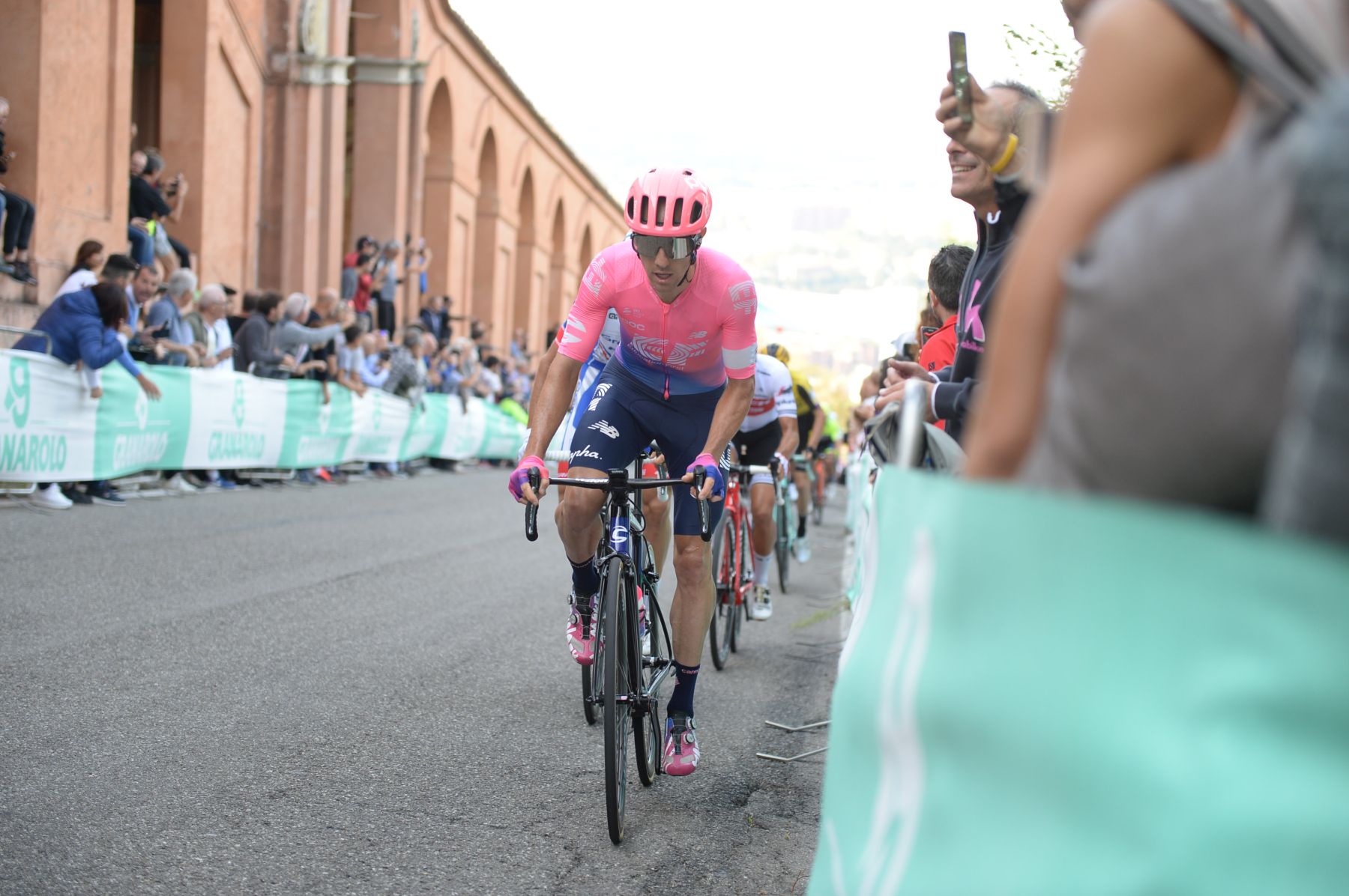 Final ascent of the via di San Luca

On the final of five ascents of the via di San Luca which rose to the finish line, Woods averaged 447 w (7.45 w/kg) for 5 min 27 sec. That effort included Woods’ attack which was a one-minute effort that averaged 516 w (7.45 w/kg). During his attack with just over a kilometre to race, Woods peak power reached 624 w (10.4 w/kg). When Roglic closed the gap and launched his own attack, Woods tried to respond producing a 20 second effort at 540 w (8.66 w/kg) which wasn’t enough to keep pace as he cracked with 800 m to go. Higuita caught up and the pair could only watch as Roglic extended his lead to 14 seconds in the final meters of the race.

The result was a good indication that Woods is coming into fine form for Il Lombardia next week. While the race is shorter, the 265 w normalized power over 5 hours indicates it was a demanding day in the saddle. Roglic will have plenty of confidence going into the race as Emillia was his first one-day race victory. After a season during which he was on the podium of the Giro and then won the Vuelta along with three one-week stage race overall successes, Roglic is enjoying a dream year. Woods hasn’t quiet risen to the heights of last year when he won a stage of the Vuelta and finished third at the World Championships. 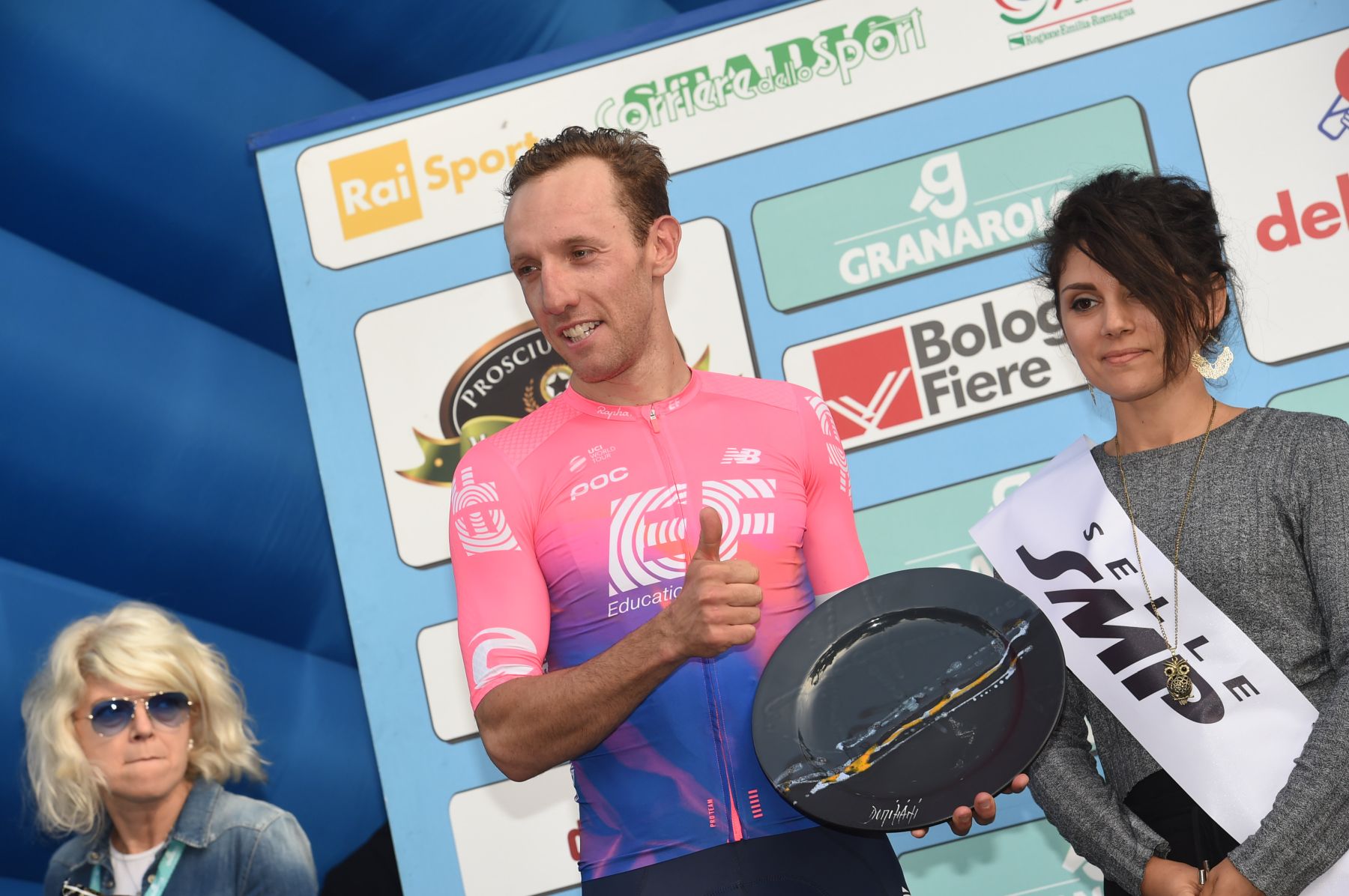