How do you win the Amstel Gold Race? There are many ways to do it but young phenom Mathieu van der Poel broke whatever script there was on Sunday when he powered to one of the most exciting Classic wins in recent memory. Van der Poel looked out of contention with 7 km to go in the 265 km race but somehow dragged himself, along with a half dozen others, into contention in the final hundred metres of the race. He then unleashed an overpowering sprint to take a win that will not soon be forgotten. The data behind the win was equally as impressive and van der Poel posted his ride with cadence, heart rate and most interestingly power to Strava for all to see what an incredible race he had. 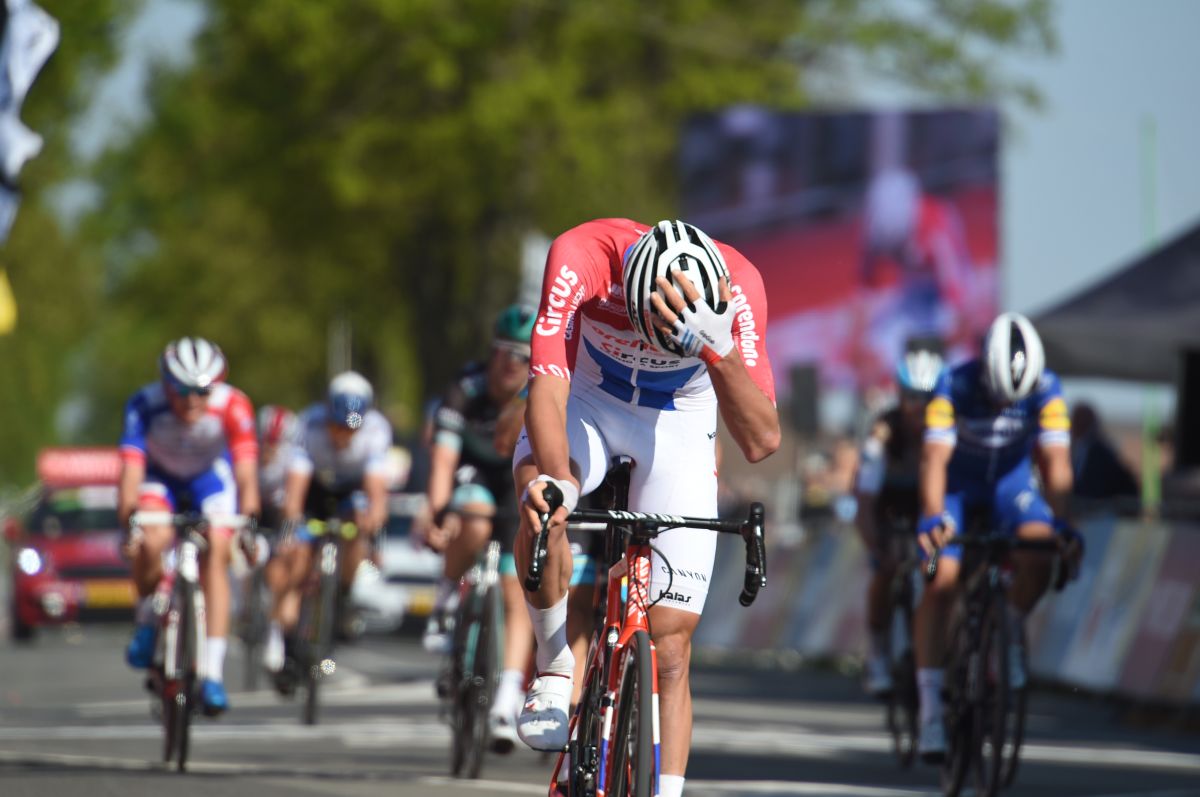 A long day in the saddle

The Dutch cyclocross world champion is 6 ft tall and tips the scale at 165 lbs. He averaged 40.4 km/h and 278 w over the 6 hr 28 min race. While the race doesn’t have any overly long climbs, it’s the accumulation of many short punchy efforts that takes its gradual toll on the peloton. On the races first climb, van der Poel averaged 493 w for 2 min 30 seconds before another sharp effort on the second climb where he averaged 417 w for 1 min 40 sec. The third climb was raced at 508 w for 2 minutes for the eventual winner. These were only the first of many hard efforts but as the break established it’s maximum seven-minute lead the riders had a bit of a respite.

The pace ramps up

The race really began to come to life in the final 95 km as the efforts continued to build up and the pace got higher and higher. For the last 2 hours 12 min, van der Poel averaged 318 w with an average heart rate of 161 bpm and cadence of 86 rpm. The average speed for the last portion of racing was 43 km/h. 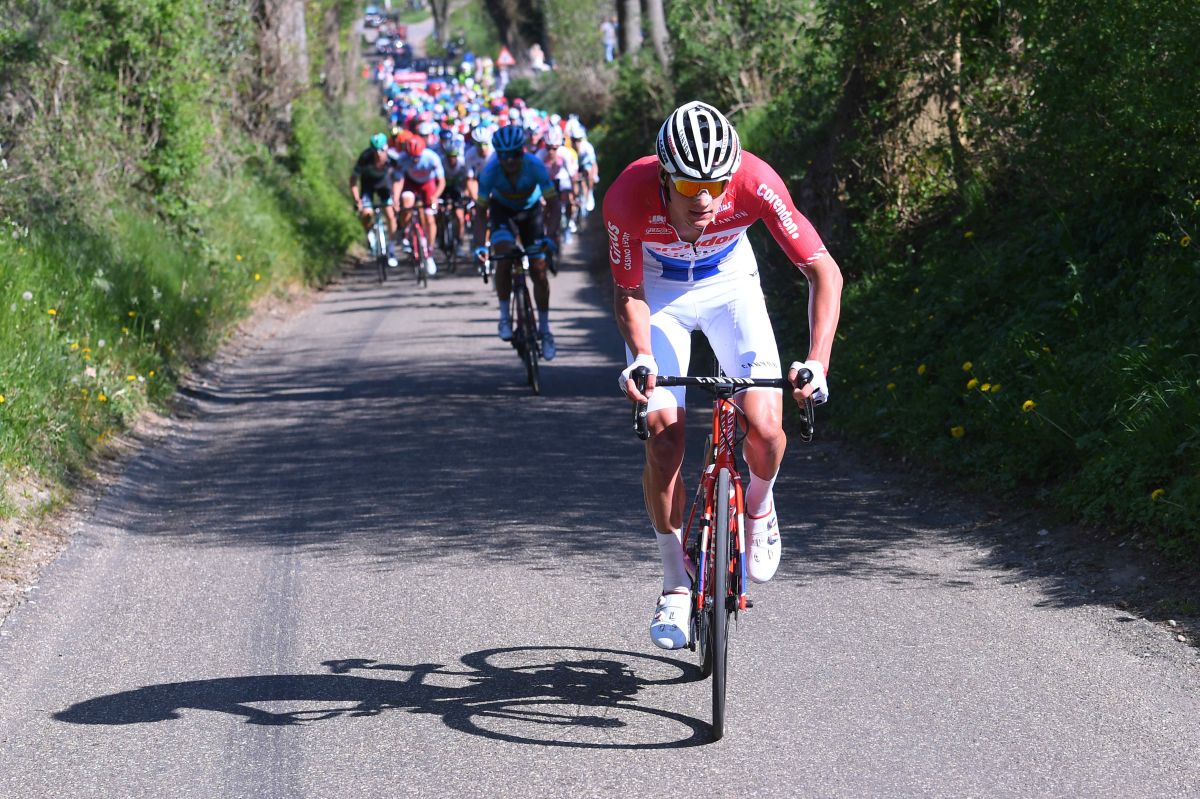 With 43 km still to race, van der Poel unleashed a blistering attack from the still sizable peloton on the Gulperberg. The attacked peaked at 1,221 w and the most strenuous portion of it lasted 40 sec at 872 w in a 741 w 1 min effort. The move was unsuccessful as van der Poel was marked by Gorka Izaguirre who refused to contribute to the breakaway. After sitting up and taking a sip of water, Deceuninck-Quick Step took to the front to set up Julian Alaphilippe for an attack. The Frenchman escaped with Jacob Fuglsang (Astana) then Michal Kwiatkowski (Team Sky) and Matteo Trentin (Michelton-Scott) formed the first chase group and van der Poel sat in the third group trying to recover from his unsuccessful move. Unable to follow these decisive attacks, it looks likely the race is done and we’ve seen the race winning move.

Back in the third group van der Poel still needs to produce sizable efforts of 523 w for 2 min 32 sec on the Eyserbosweg and 451 w for 2 min 54 sec on the Keutenberg. The gap however has stabilized at about 1 min with 15 km to go. On the Cauberg, van der Poel does a 1 min 43 sec effort of 559 w and keeps pushing over the top. The final 15 km would be furious as the Dutch champion pushed to get back to the front of the race. Along the way, he’d pick up riders for the shattered peloton.

Van der Poel was on his limit over the last 15 km doing 371 w for 20 min. Over the last 12 min his heart rate averaged 184 bpm, power was 431 w and his cadence jumped up to 97 rpm, no coasting from here to the end as he slowly begins powering towards the front of the race.

Up ahead, Kwiatkowski catches the two leaders in the final kilometres. Van der Poel and his group look to be out of contention with the gap still showing 35 sec. Around the last bend and other riders in the group have contributed to the chase but van der Poel moves to the front to shut down the final metres to catch the leaders. We are well into 1 km to go, the finish line is in sight but there’s still a big gap to close. Instead of looking to the other riders to close the gap, van der Poel does it himself. Up ahead, the two leaders start to look at each other. Fuglsang makes some testing attacks and then looks to Alaphilippe to pull for the final 300 m. Behind, van der Poel’s group have not given up. 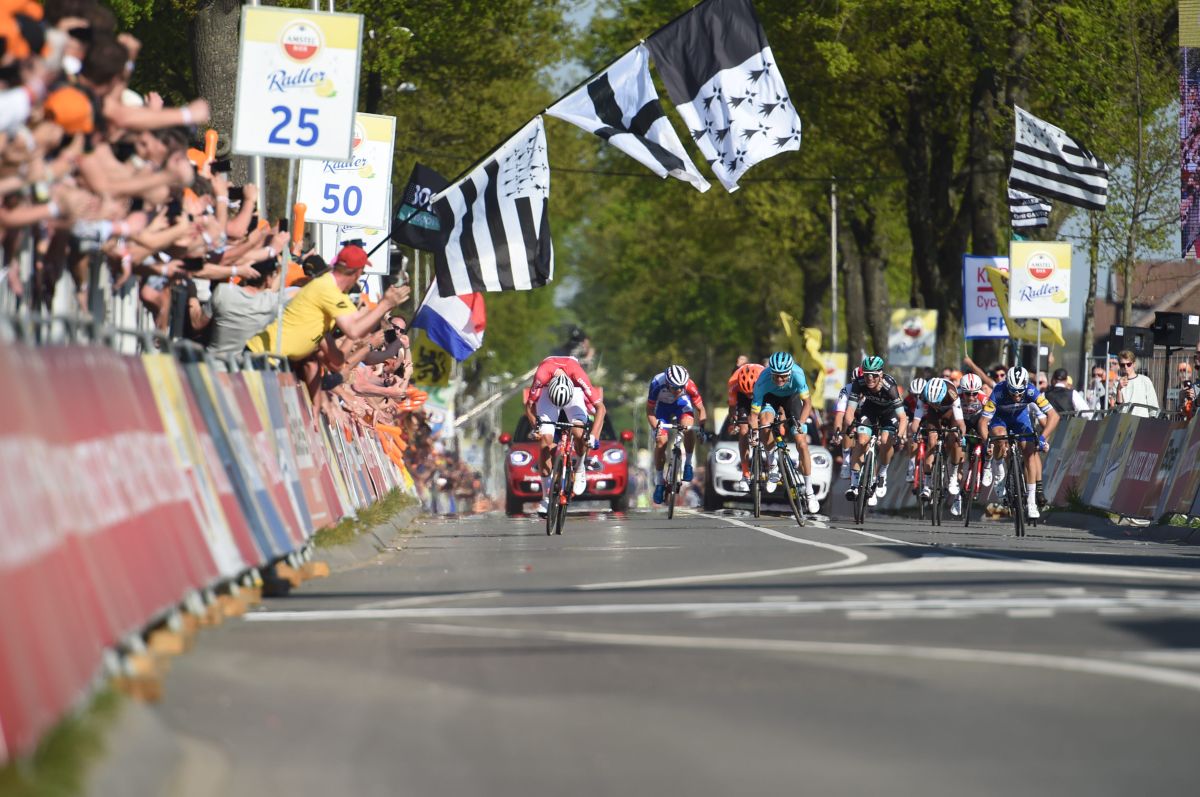 In an extraordinary effort after over 6 hours and 20 minutes of racing, van der Poel’s group comes within sight of the leaders in the final straight and he powers across the last 600 m of the race at 60 km/h producing a long effort that culminates with his sprint of 871 w for 40 seconds. His heart rate peaks for the race at 193 bpm. Despite leading the chase group back to the front of the race, van der Poel manages to unleash the power in a huge way doing 15 seconds at 1234 w with an incredible peak of 1400 w. Nobody, not even the riders who’ve been sitting on his wheel for the last 7 km, can even come close to coming around him.

Fuglsang and Alaphilippe can’t get up to speed to match van der Poel while Kwiatkowski finishes outside of the top-10 despite looking to be in contention for the win with 1 km to go.