For most of us, unless you’re doing ‘cross, the season is officially over. The off-season is a good time to recharge your batteries, but it’s also a good time to think ahead. The first race of the year is only six months away.

If you don’t like time trials, you might want to rethink your stance on the race against the clock. Just look at the top riders in the world—Tadej Pogačar, Wout Van Aert (maybe not Julian Alaphilippe)—they all excel in the TT. Learning how to ride hard on your own is a skill that can be invaluable in pretty much every discipline of cycling. Whether it’s a breakaway in a road race, a crit, or slogging along in a cyclocross or mountain bike race, learning your limits is key to being a better bike rider.

During the Tour de France this year, Mathieu van der Poel was expected to relinquish his yellow jersey during the time trial, but had the ride of his life and kept it. Van der Poel said after that he doesn’t train as much as he wishes on his time trial bike, and, even though he’s one of the best cyclists in the world, this may be the one training habit not to replicate.

There are two things to consider when preparing for time trials in the spring: your positioning and your training. Now is a great time to fiddle around with your setup. Not too many people have a wind tunnel in their basement, but if you get a mirror, you can imagine airflow over your helmet and back. You can also get used to a new position on your road bike or time trial bike on the trainer, as it’s easier to stop and start and fiddle with it.

As you experiment, compare your wattages and see if you notice any differences. There is always going to be a compromise between a perfect aero position and your power output. Usually, the more aero you get, the harder it is to really get power to the cranks. Not everyone can get as aero as Fillippo Ganna.

Getting better at time trials also means training in a way that gets you to a higher average speed. Let’s say your goal for a 15-km time trial is to average 40 km/h. A simple way to get your body used to that speed is to do a series of intervals at 40 km/h. Two kilometres takes 3 minutes at 40 km/h, so you could do 3 minutes at race speed, then take a 5 minute break, and repeat five times. As you get fitter, you can shorten the breaks. It’s a good way to get used to the pain and the sensations of your speed goals. Try a workout like this one a few times a week all winter and you should be set for your first time trial in the spring. Or, even better, your legs and lungs will be primed for a solo breakaway at the opening road race. 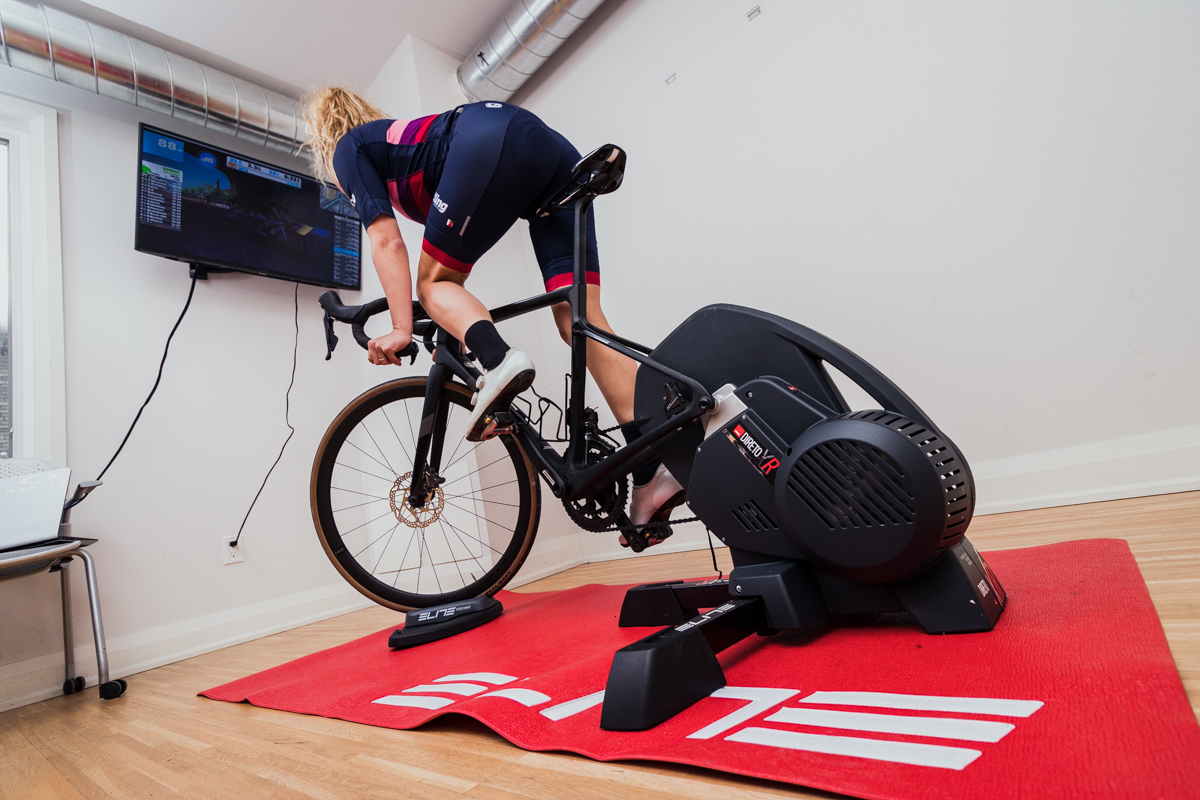