After a wonderful summer of long rides and sweaty days that didn’t seem to end, I had hopes that the fall would never arrive. Yet, inevitably, the days grew shorter and rides began to get cut short due to the cold. Feeling antsy and restless without the level of movement we were used to, a few cyclist friends and I decided to attempt a sacrilegious activity. We started running.

As we ran, we realized that we could go (what we deemed to be) relatively fast and far without really getting too tired. Running was fun, and our runs increased in speed and distance. We were experiencing tightness here and there in places that we weren’t used to, but this is normal with a new sport. As time went on, our duathlon dreams dwindled as the muscle tightness grew into major discomfort. About a month after we started, almost all of my friends and I had to stop due to injury or pain.

What had we done wrong? Was I injured because I didn’t wear those running compression socks? Can I, a cyclist, ever do high-impact sports without hurting myself? I spoke to Peter Glassford, professional coach and head of Smart Athlete coaching services , about what cyclists can do to avoid injury when running. 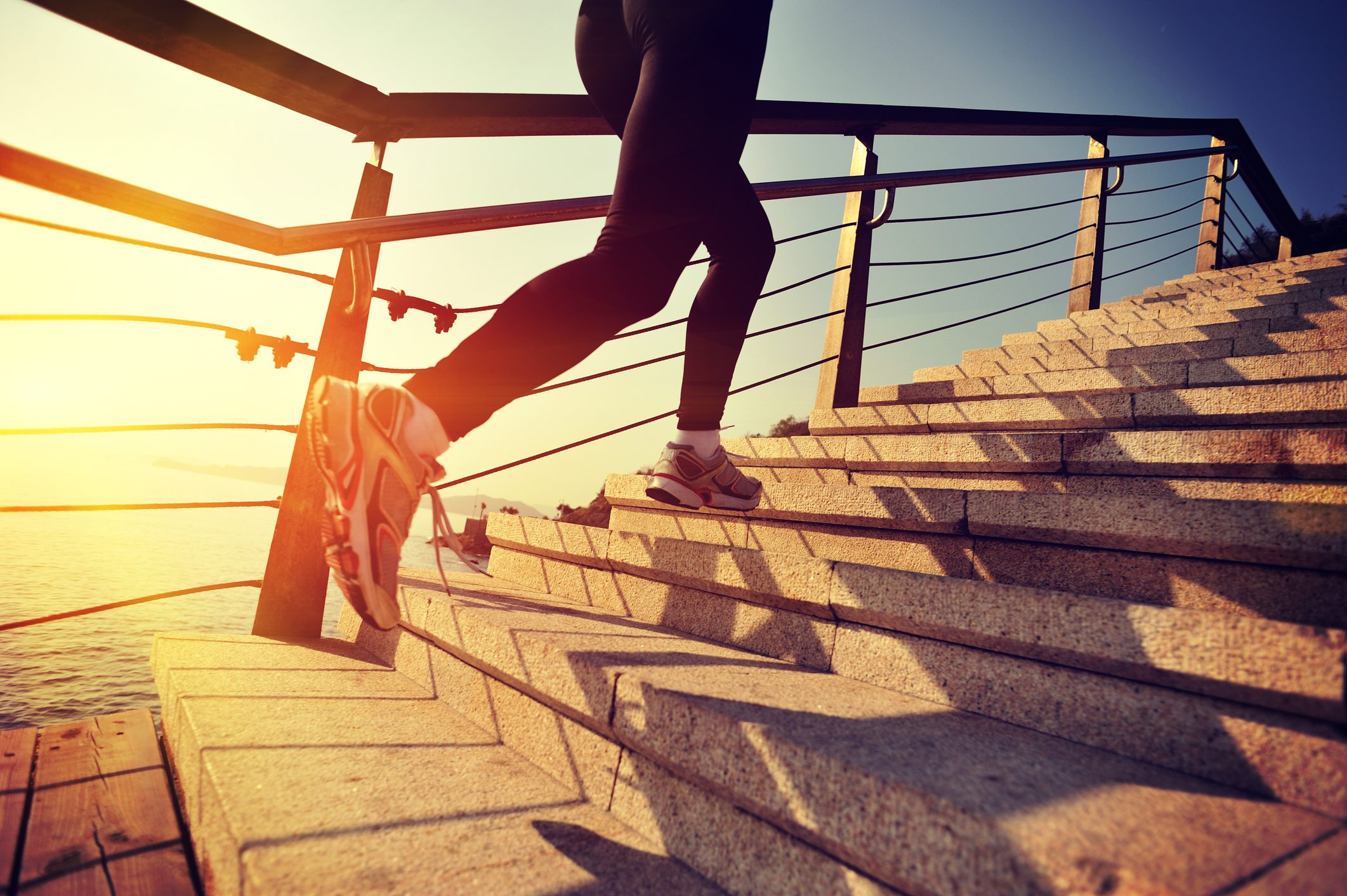 I learned that the biggest mistake my friends and I made while getting into running was attempting to run at the same level of intensity that we were training at on our bikes. “You didn’t start cycling with a five-hour ride,” says Glassford. “As a cyclist, you’re a really big engine strapped to tendons, bones, ligaments and muscles that aren’t conditioned to running. You have to be very patient with tendons and ligaments because they adapt very slowly and, as cyclists, we’re not conditioned to the pounding high impact of running.”

Glassford recommends starting with walking or hiking. Once you’re comfortable walking for 30 minutes, start adding four or five 30-second sprints during your walk. From there, keep building it up, adding more 30-second sprints, then running for one minute, then five minutes, and eventually build up to running for half an hour. He emphasizes that this progression will take one to two months, but it’s a great way to ensure that you won’t injure yourself as you begin your running journey. 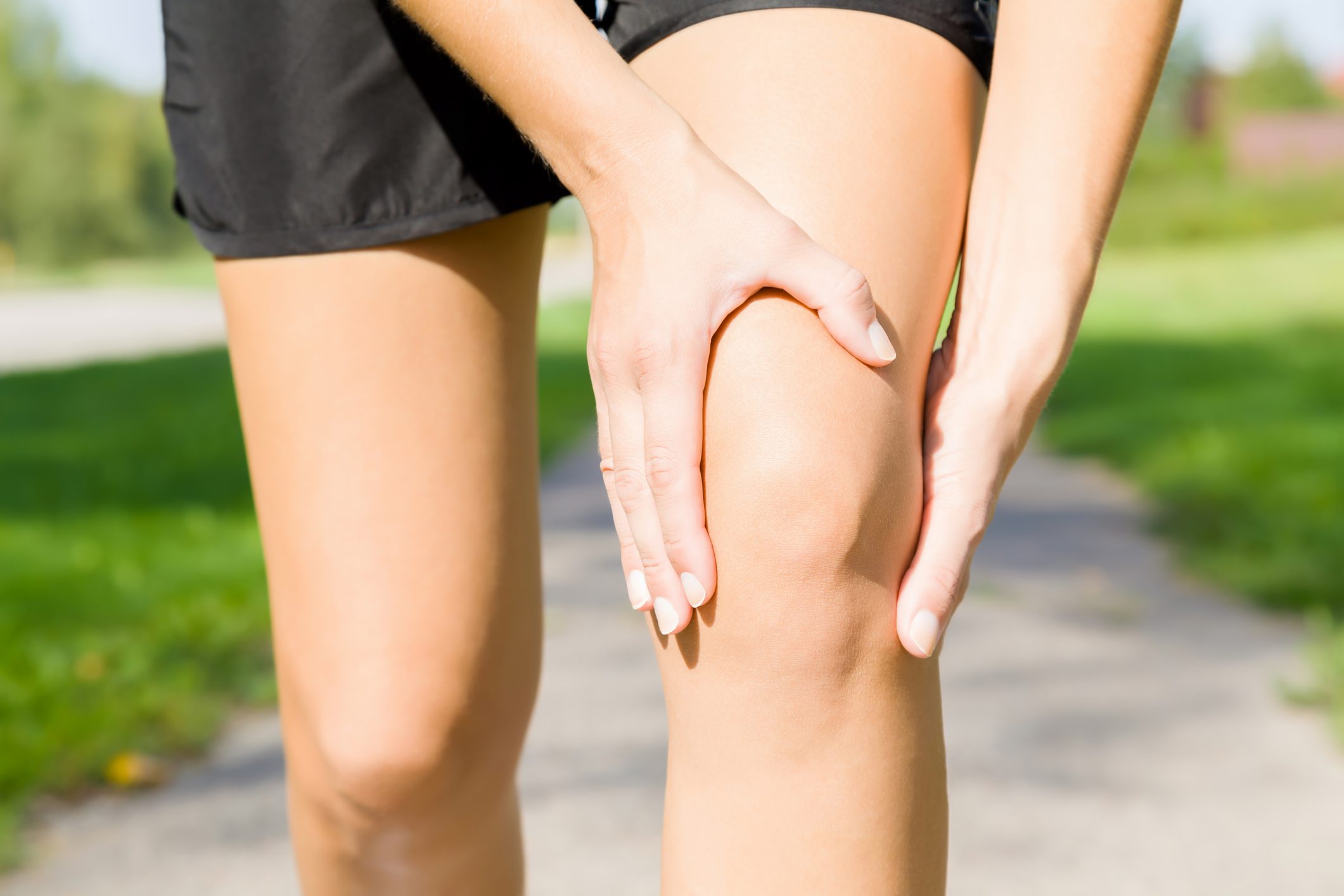 I expected that I needed to do more stretching to help with running, but I had never considered looking to my feet to avoid injury. “There are a lot of muscles in the feet that we don’t use as cyclists,” says Glassford. “A lot of running injuries in cyclists tend to be from the knee down. On the bike, our feet never really have to do much, but when running, feet and ankles have to move through a lot more motions.”

To get your feet primed for running, Glassford recommends walking around the house barefoot. Try and get your foot as flat on the ground as possible, which will help with foot mechanics and will have a positive impact all the way up your legs. Glassford also suggests regularly rolling your feet on a ball and learning to move your toes using something called ‘toe yoga’. Glassford suggests the book Running Rewired for a more in-depth explanation of the exercise.

While cycling rewards a level of calf stiffness, running requires a limber lower leg. Do some calf raises on a ledge or even the ground whenever you get a chance. Walking whenever possible will also help stretch out the running muscles and get your body used to the movement. 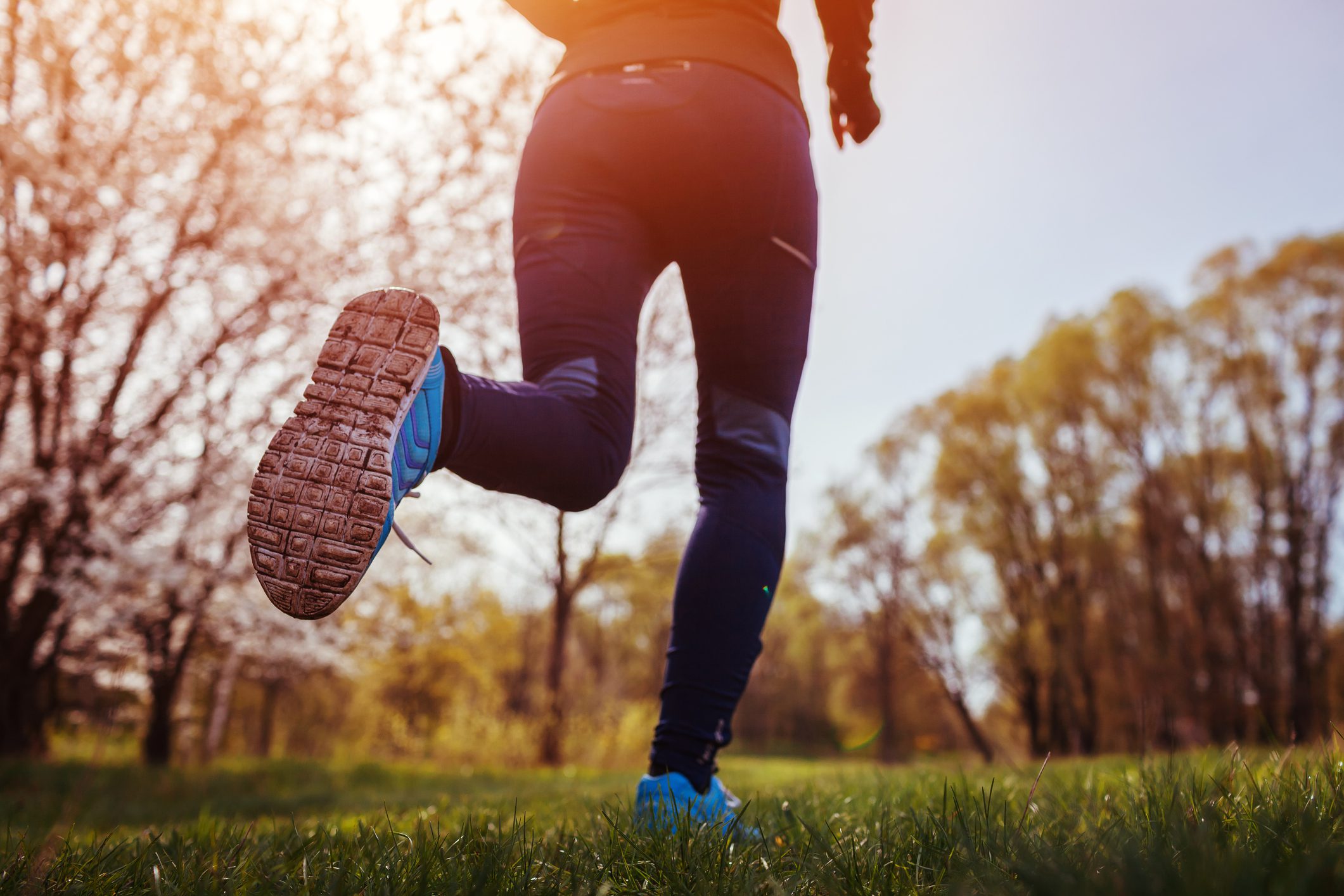 Running on paths can be slightly risky due to the higher possibility of tripping, but Glassford notes that a variety of surfaces and elevation will mix up your stride. When you run on flat pavement, your movement is very repetitive. You’ll experience much less isolated soreness running on mixed terrain, at the same perceived exertion, because your stride will vary throughout the run.

If you’ve done gravel or cyclocross rides, you may already know some popular local off-road running destinations. Often cyclocross paths are also used by cross-country runners and can be a fun route to explore on foot. Even running on the grass in a nearby park and up some hills can lend a bit of variety to an otherwise flat and repetitive route. 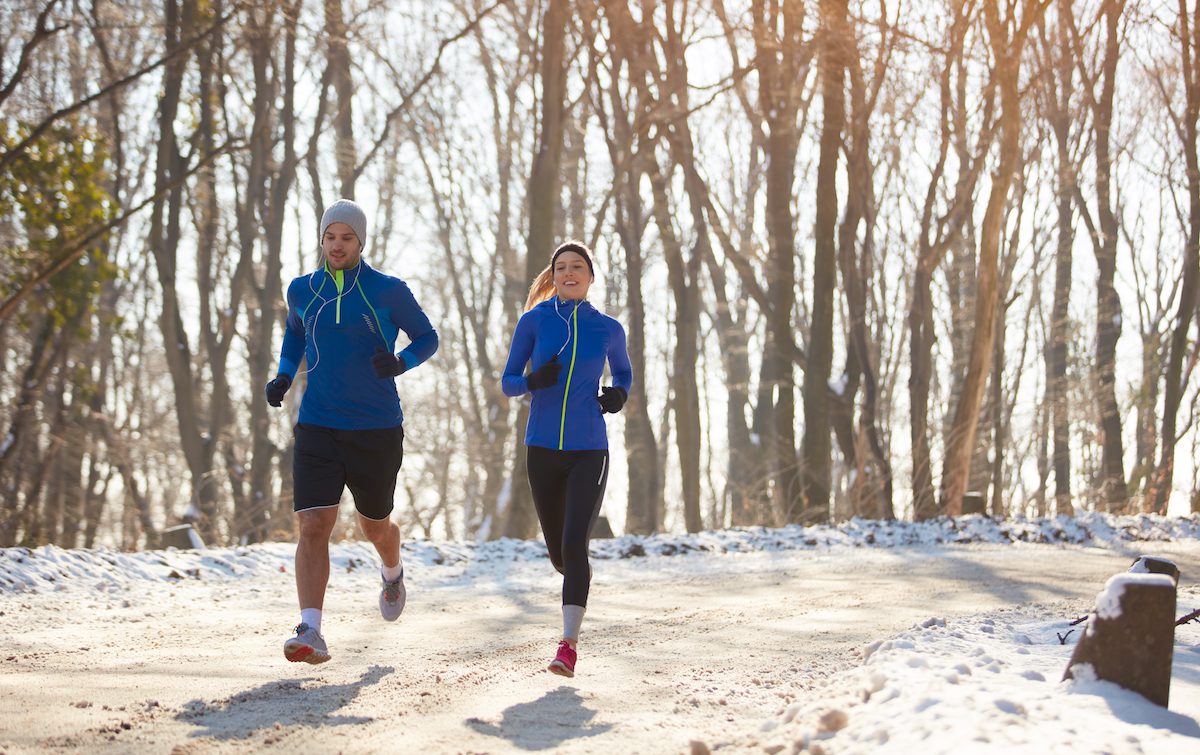 Integrate running into your training plan

It doesn’t take long to build up to running 30 to 40 minutes safely. Adding running to your training plan, with one to three runs a week, will give you the option to train more. The ability to run also gives you more training variety, and can remove some of the load during trainer season. Instead of two hours on the trainer, Glassford suggests trying 90 minutes on the trainer and then exploring a local trail on a run/hike.

“Running is also great for maintaining cardiovascular volume when you’re travelling,” says Glassford. When away from your pain cave during the holidays, it can be tough to keep up training. If you have a running base, all you need to pack is your shoes and the willpower to separate yourself from the mulled wine.

After speaking with Peter Glassford and as my legs recover from my ill-fated attempt at running, I am motivated to try it again. With stretches, reduced volume and varied terrain, running seems a little less dangerous and could be a nice addition to the otherwise monotonous grind of indoor training sessions. As for those UCI-illegal compression running socks, Glassford says they aren’t necessary, but I might just get myself a pair. (They look comfy!)