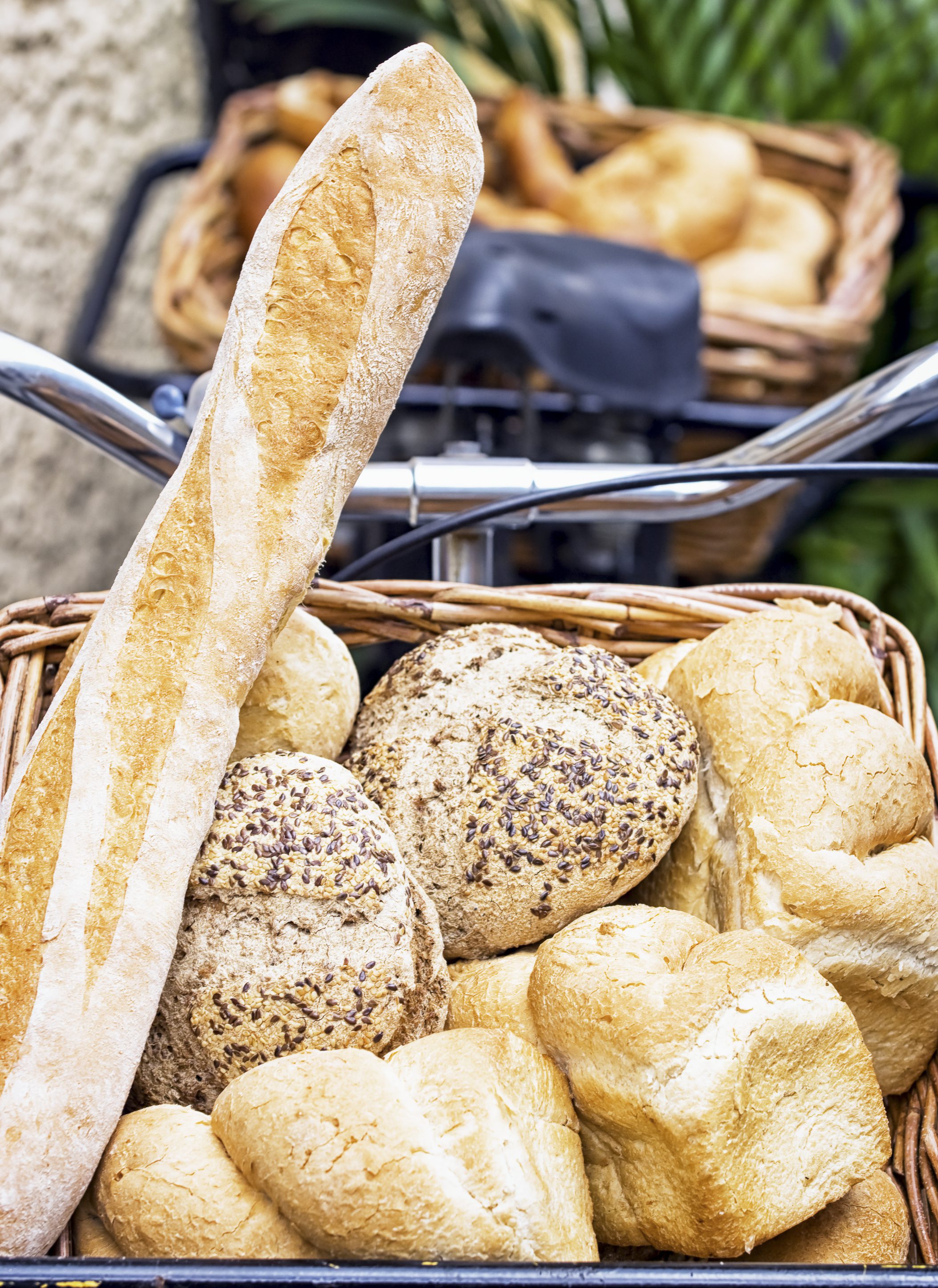 Despite all the grain bashers out there, bread remains a dietary staple for many cycling enthusiasts. Any way you slice it, bread is a convenient way to obtain those necessary carbohydrates to help power you through a full day in the saddle. Indeed, you don’t have to fear bread, so long as you choose the most nutrient-rich options. But deceiving packaging can make the choice harder than it should be. Here’s how to crack the code and bag the best loaf. 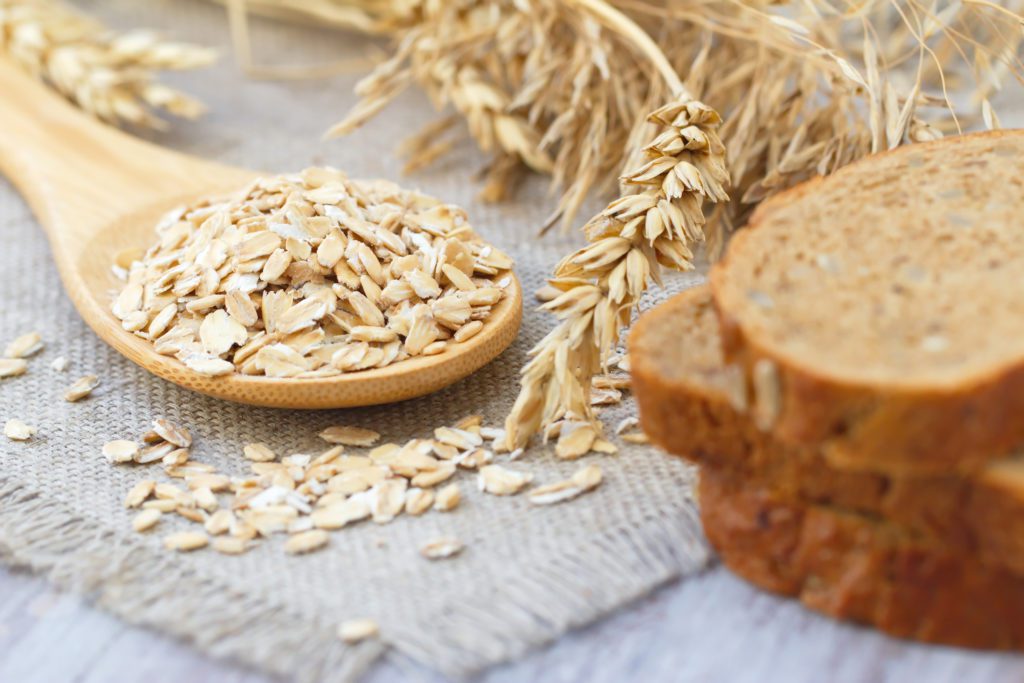 To make sure your lunch ham and cheese delivers more of a nutritional bang, look for breads made with only whole grains, such as whole wheat flour or whole spelt flour, The germ and bran of the grain, which harbours the lion’s share of the fibre and nutrients, are still present in the bread and offer up more health benefits. In contrast, refined flour has been stripped of its nutritious germ and bran, leaving behind just the starchy endosperm that is re-fortified with a few essential nutrients, but not all that have been lost. A recent study in the European Journal of Nutrition found that eating whole-grain breads can reduce the internal inflammation in the body linked to diseases such as cancer and heart disease and maybe even poor exercise recovery. Squishy white bread? Not so much.

Buyer beware
Be leery of breads labelled “multi-grain,” “seven-grain” or “made with whole grains,” which are often just smoke and mirrors. In many cases, they contain an ingredient list that begins with “wheat flour” or “unbleached flour,” both code for white flour. There are some whole grains in there, just not very much. Some bread is darkened with items like caramel colouring or molasses to appear more wholesome. Instead, you want to see the word “whole” before the very first flour listed in the ingredients or “100 per cent whole wheat” on the front of the package. “Stone-ground” is often a good indicator that the grain kernel was left intact when ground. Ideally, each slice should contain at least 3 g of fibre and no more than 150 mg of sodium. If loaves from your local bakery don’t have ingredient labels, you need to ask if they are made predominantly with whole-grain flour. Also look for options that are free of added sweeteners to help keep your overall sugar intake in check. 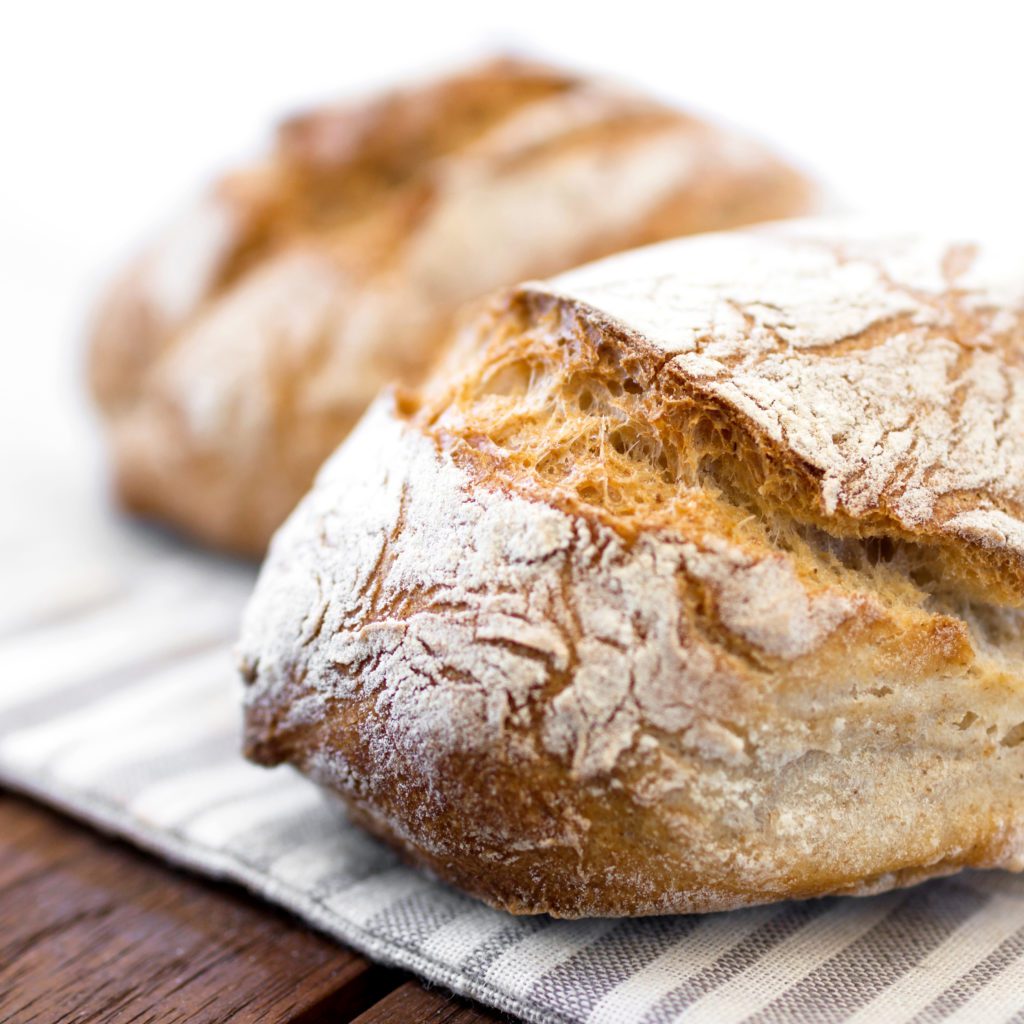 When it comes to bread, sour has power. Research from the University of Guelph has shown that crusty and slightly tangy sourdough bread causes less of a blood-sugar spike after eating a slice or two than what occurs with other breads. Sourdough begins with a bacteria-rich starter, which ferments to produce lactic acid that helps slow down digestion and blunt the blood sugar response. The upshot is that this bread can lessen sugar highs and energy crashes. What’s more, bacterial fermentation decreases the amount of gluten present, making sourdough easier to digest for some people. While much of the sourdough on the market is made with white flour, look for even healthier whole grain sourdough breads at artisan bakeries.

Buyer beware
Watch out for imposters called “sour breads” because they include a sour flavouring agent like vinegar. These don’t have the proven benefits of bacteriadriven real sourdough. 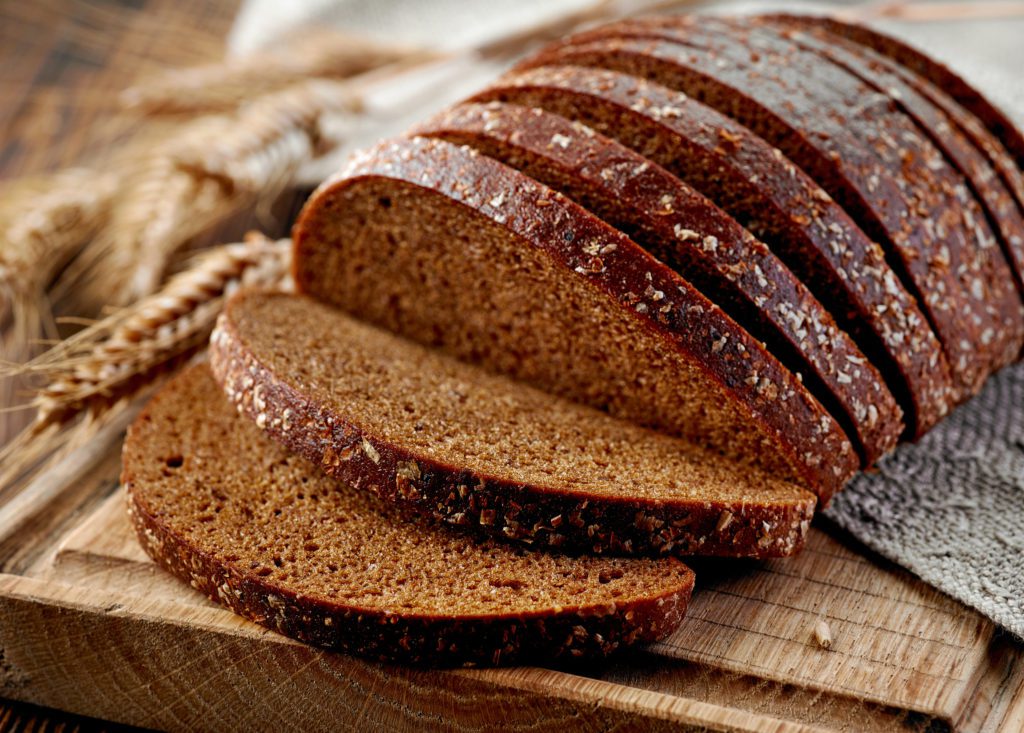 It’s time to take a cue from the Scandinavians and make rye bread the foundation of your sandwiches more often. Not only is rye flour actually more nutrient-dense than whole wheat flour, but a slice of hearty rye bread can have up to 5 g of fibre, making it extra filling. By promoting satiety and better bloodsugar control, diets rich in high-fibre foods like rye bread can make it easier to achieve and maintain race weight. To help promote better rising in the face of lower gluten levels, a large portion of rye bread made with whole-grain rye are also sourdough making it even more of a healthy superstar.

Buyer beware
Sadly, most rye or pumpernickel breads on store shelves are guilty of presenting a false health halo since they are made mainly with uninspiring wheat flour. Some may have just a few rye seeds tossed in for effect. Instead, look for one made with whole rye flour or whole rye meal as the main ingredient. This is easier accomplished at brick and mortar bakeries or European specialty stores. A rule of thumb is that the denser the bread, the more rye it likely contains.

To take your peanut butter and jam on the road with you, roll everything up sushi style. First, cut the crust off a slice of soft whole-grain bread and then flatten with a rolling pin. Spread on your nut butter and jam of choice and then roll tightly like you’re making sushi. Place in a small zip-top bag for transport in a jersey pocket. 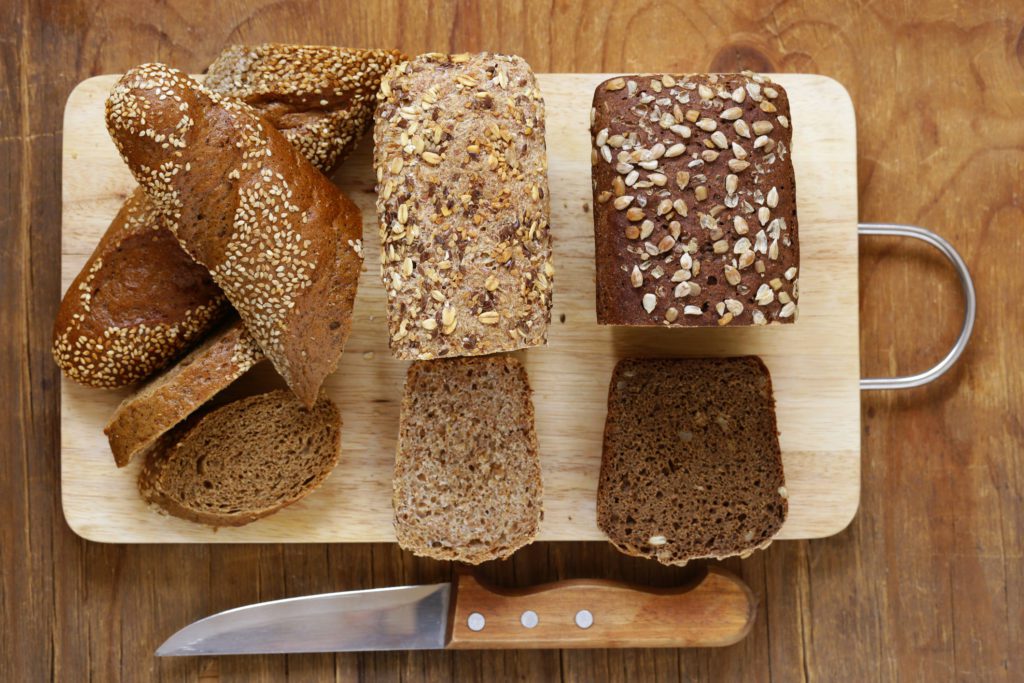 You don’t really need to worry about being duped into buying refined sprouted bread. Sprouted bread is, by necessity, whole grain, as it’s not possible to sprout processed flour. So it comes with all of the same nutritional benefits (more fibre, for example) as regular whole-grain breads, but with a few other perks. When grains like wheat, oats and millet are germinated, their proteins and starches are broken down into forms that can be easier digest. Sprouting may also amplify levels of certain nutrients like B vitamins and also lower the glycemic index of each slice, which means a more sustained release of carbohydrate energy. Loaves may up the nutritional ante by incorporating other healthy items, such as nuts, seeds and even legumes.

Buyer beware
Most sprouted breads are made without preservatives, so it’s best to store loaves in the refrigerator to keep them fresh. For this reason, you’ll often find sprouted bread in cold storage at the supermarket and natural food stores. Sprouted bread tends to cost a couple extra dollars more than the mass-produced stuff. 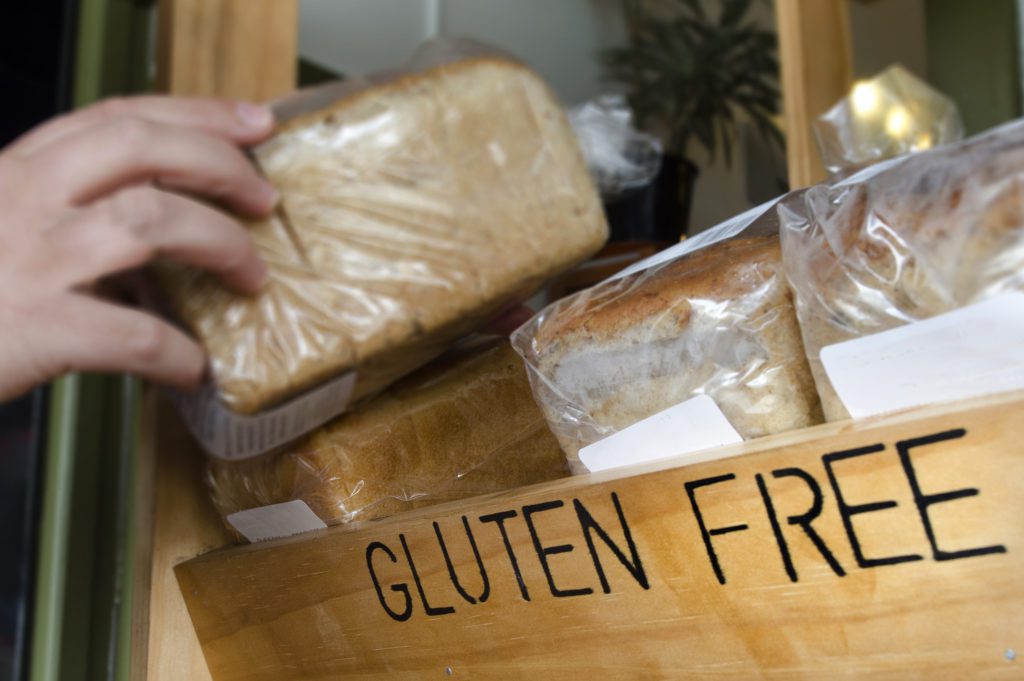 The upswing in the number of gluten-free breads available is good news for those with celiac disease or gluten intolerance. Manufacturers are increasingly making them healthier by now incorporating more nutritious grains, such as quinoa, buckwheat, brown rice and teff. Tastes and textures are also continually improving; you don’t necessarily have to toast those slices to a crisp to make them palatable any longer.

Buyer beware
Still, the dirty little secret of many glutenfree breads is that they are made mostly with nutrient-poor items like white rice flour, tapioca starch and potato starch. If you’re eschewing regular whole wheat bread for gluten-free bread without a medical need, you could end up unknowingly downgrading your diet. Again, be an ingredient sleuth and seek out brands that favour gluten-free whole grains instead of nutritionally lacking processed starches.