Ten years ago in Portland, Oregon at the original Stumptown Coffee Roasters, Christian Meier began to fall in love with coffee. Having dabbled in coffee as a junior and being exposed to the then-exotic cappuccino in Europe, the native of Sussex, N.B. walked out of Stumptown with a passion he would continue to fuel in the coming decade.

RELATED: Perry, Dal-Cin and Cataford moving on from Silber in 2017

Like coffee, cycling is something Meier has an intense passion for. At 31-years-old, Meier’s professional career goes back to 2005 when be began riding for Canadian continental team Symmetrics which he did from 2005 to 2008. He then moved to Garmin-Slipstream for 2009 and 2010, then UnitedHealthCare in 2011 before landing with the team he will retire from at the end of 2016, Orica-BikeExchange in 2012.

Meier’s decision to retire is simple, “I have a very strong passion for coffee and I continued to grow that but racing has started to hold it back. In coffee, I feel a lot like I did when I was a junior cyclist, there is so much enthusiasm, so much to learn and grow.”

Two years ago, Meier and his wife Amber opened up La Fábrica Girona in their adopted European home in Spain. “I quickly realized that it was a lifestyle and style of working that I really enjoyed,” said Meier. “Making coffee is something I really like to do so for me it was less about leaving one thing behind and doing something else. To me what I loved about being a professional cyclist was riding my bike and that didn’t go away. I will always love the bike, but cycling started to take me away from coffee.”

After Meier bought his first Rocket espresso machine it was quickly upgraded. He then started roasting beans at home and it kept going from there. In his adopted hometown of Girona, he and his wife realized the market was lacking and loving the city so much decided to open their shop there.

Coffee and cycling culture have close ties. Cycling was instrumental in giving Meier the opportunity to network and build some of his closest relationships. With a long career in cycling under his belt, Meier reflected back on what else he is taking away from his long career that has become invaluable in helping him launch a successful business. “I think if there is one thing most athletes should take away from their careers it is that you quickly develop a work ethic that is much more developed than exists in the real world. You develop a strong desire to work hard that is invaluable”

Meier’s upbringing on a farm in rural New Brunswick was where his hard work ethic was instilled in him by his parents. “I don’t think I was ever a super talented bike rider with a special gift. What I had was the ability to work really hard. I had the mentally that I could do it if I wanted to do it and that’s why I was a professional cyclist. At the time it was something I wanted to do so I committed to it.”

Now, after a decade as a professional athlete, Meier is prepared for a new challenge and committing himself professionally to a different passion. “In cycling, you reach a point in your career where you feel so comfortable because you have sort-of figured out where you stand, what your role is and I feel I have started to get into a routine in the last few years with the same races and the same job. Eventually, you start to become too comfortable in one thing and that was a sign that I should look to do something else. I just felt that I crave as a person to continue to grow and in coffee I found something that was allowing me to do that.” 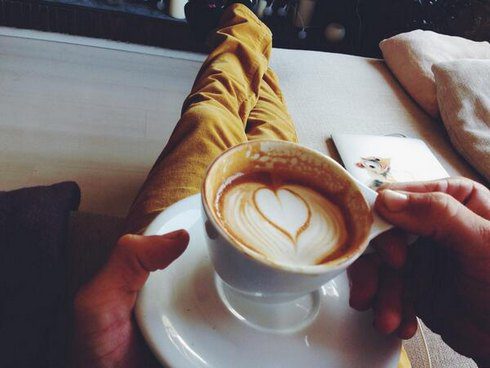 The decision to retire to commit himself to his business was an evolution. Last year, he and his wife opened up Espresso Mafia where he does the roasting himself. It’s an aspect of coffee that Meier is intrigued by. Combined with the lifestyle of a professional athlete that required a lot of sacrifices, Meier said the decision to retire gives him the sense that we will now have the freedom to continue to grow as a person while still doing something he loves.

“Roasting coffee will be a significant part of my day-to-day,” said Meier. “We’d like to expand, get into wholesale and we have a couple of other projects we are working on including one coming out this fall that doesn’t involve coffee or food. It’s quite a big one so that will be very interesting.”

Meier intends to continue to be involved behind the scenes in cycling and he won’t stop riding his bike. The beans he roasts have won the Tour de France two years in a row now featuring in the Team Sky food truck that is brought around Europe to the biggest races on the calendar.

“Once you get into roasting and brewing you realize how expansive the world of coffee is. It is elaborate as anything.”