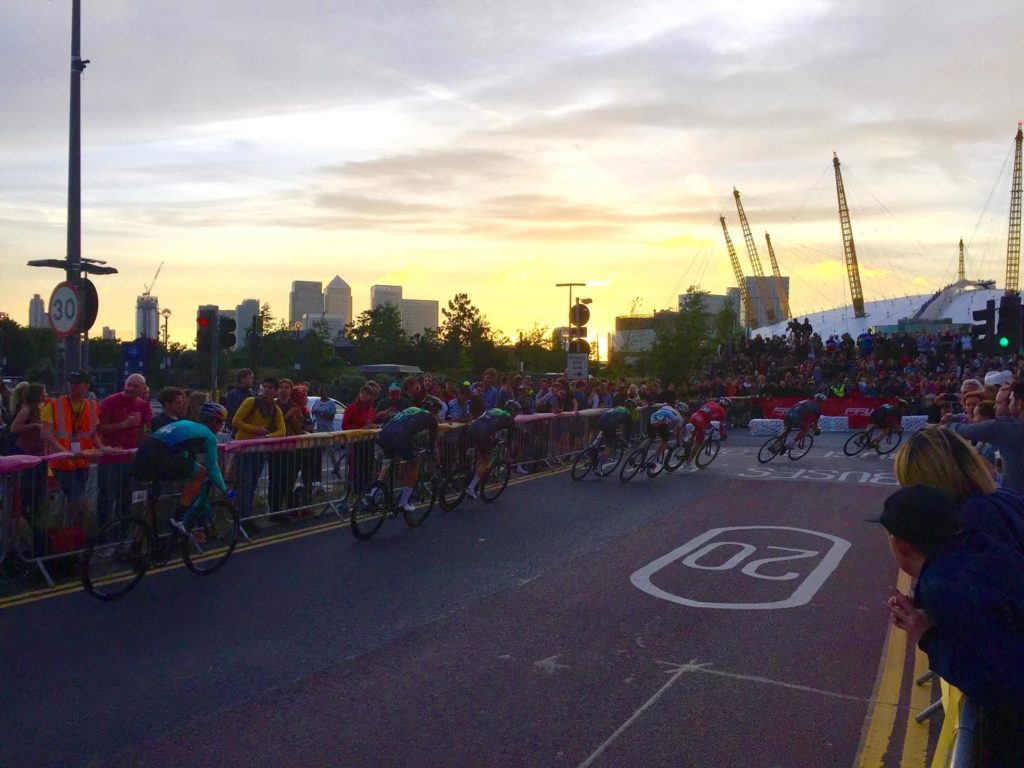 RELATED: Slip angle and the science of cornering better on your bike

In a parking lot beside the O2 area in North Greenwich, London, about 100 riders and their bikes lay about on the asphalt. They’ve just raced the qualifying rounds of this year’s Red Hook Crit London and now wait for the men’s and women’s finals to start. The mood is decidedly grassroots; several roll their own smokes, with inked sleeves peeking out of their onesie speed suits. With conviction, they pick apart the day’s racing, chomping down the 950-m, eight­corner course into small, bite­size pieces. A couple who’ve not made it to the finals enjoy a tall can. 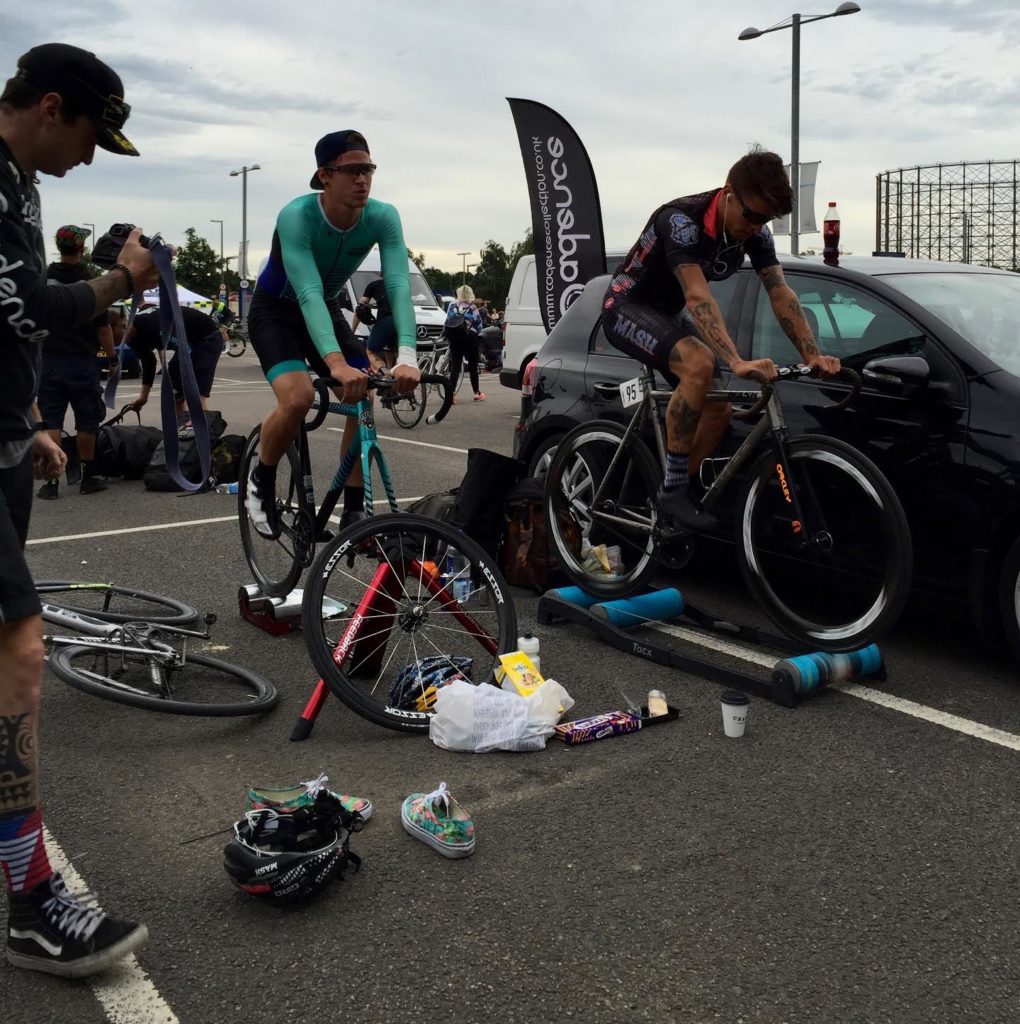 The fans ringing cow bells during the finals mirror the rider’s enthusiasm for fixed gear racing. Styled in chrome, with loud kits and cycling chapeaus designed to purposely be more ornate than those common to road riding, they cheer on riders as the take turns on the short parcours at roughly 40kms/hr. To the spectators, their talent for cornering at speed is clear, as is their ability to negotiate a race that requires big legs and a lot of skill for the better part of an hour.

Late that afternoon, we chat with a couple riders about how to corner at speed on a course that demands perfection, lessons equally as valuable whether you’re racing crits or riding fast on the road in club rides. 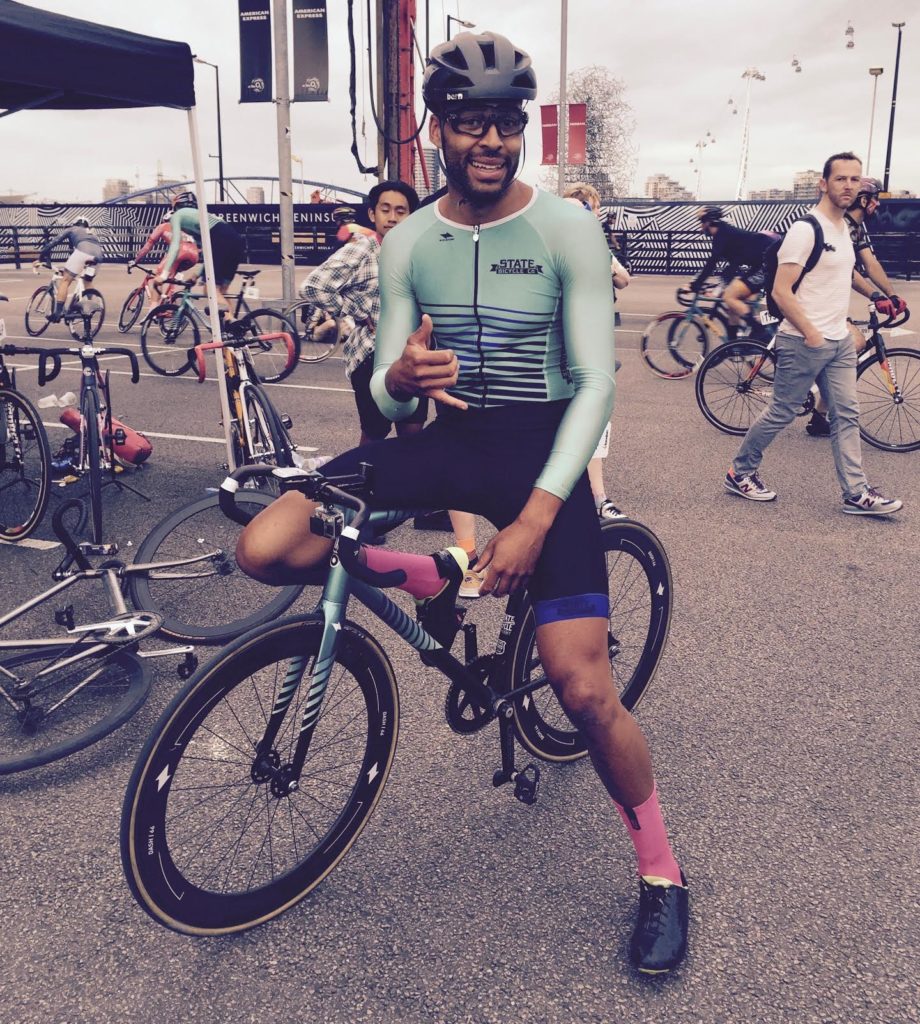 You might already know the name Josh Tyrell from his style and success in fixed gear racing. The State Bicycle Co. rider and Montreal native wears a big smile and rides with a smoothness through the corners that’s earned him plenty of success in international crit races to date. About cornering, he makes it sound simple, though admits it’s far from it.

“See your line, eye it up and go for it,” he says about getting better at cornering fast. “It’s not a conscious thought all the time, but with more experience and awareness you’ll know how much you can lean into your turns and what line will put you in good position. And once you’ve committed, stay with it. Use every inch of road that’s given to you. If that’s five feet, use all of it. Don’t cut it short. Take what you need.”

Aldo Ino Ilesic: ­ When you’re starting out, focus on turning, not traffic

Slovenian sprinter Aldo Ino Ilesic races crits professionally in the US. At last Saturday’s RHC London, he stood like a giant at the Team Allez Allez Specialized tent where we chatted with him about racing technique. He’s known for his power and talent as a lead-out man and finished third in the men’s final (his teammate, Colin Strickland, first). When it comes to learning how to corner fast, you have to start somewhere, he says. Or no where, like he did.

“I learned how to corner in parking lots, somewhere where there weren’t any cars and pedaled hard into some turns. That’s the best way to do it. When you’re starting to ride fixed and you want to become better technically, you want to think about turning, not traffic.”

Ilesic raced for years in Europe for a number of pro teams before recently deciding to focus primarily on crit racing. He rides for Astellas Cycling Team and during Saturday’s final controlled the peloton to help his teammate Strickland ride off the front.

Lizanne Wilmot: ­ Look through the corner, not into it 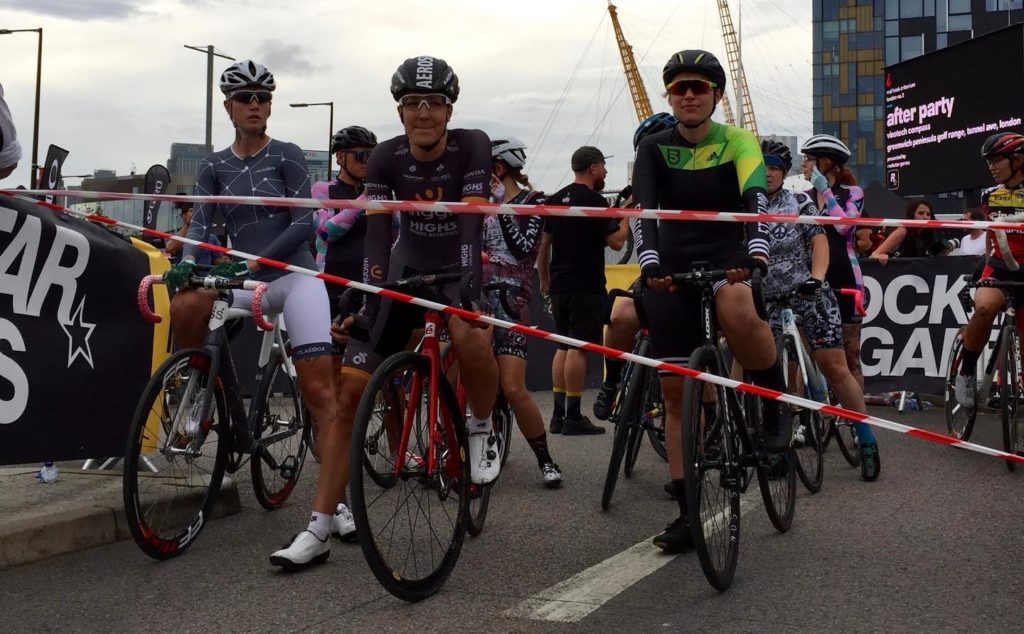 Differentiation is one of things Lizanne Wilmot, a Brampton, Ont, native living in Sydney, Australia, loves most about crit racing. The crowds, the music, sponsors ­ there’s so much going on at Red Hook type events, it’s hard not to enjoy it, she says. The atmosphere is just spectacular. When it comes to cornering at speed, her biggest tip for those looking to it faster is to keep an eye on where you’re going, not on what you’re doing.

“Always look through the corner, that’s the biggest thing,” she says. “If you’re looking at it, you’re going to crash into it,” a common mistake even intermediate riders often make.

Take your body into corners, not your bike, she also says helps maintain considerable speed in technical sections, be it on a fix gear or road bike. Leading with your bike will almost always end with you losing speed when you want to least.

Mark Cohen has held strong opinions about style and sport since the start of his writing career. This has only worsened over time. He is a contributing writer to various sites currently living in the UK. Connect with him on I nstagram or Twitter .