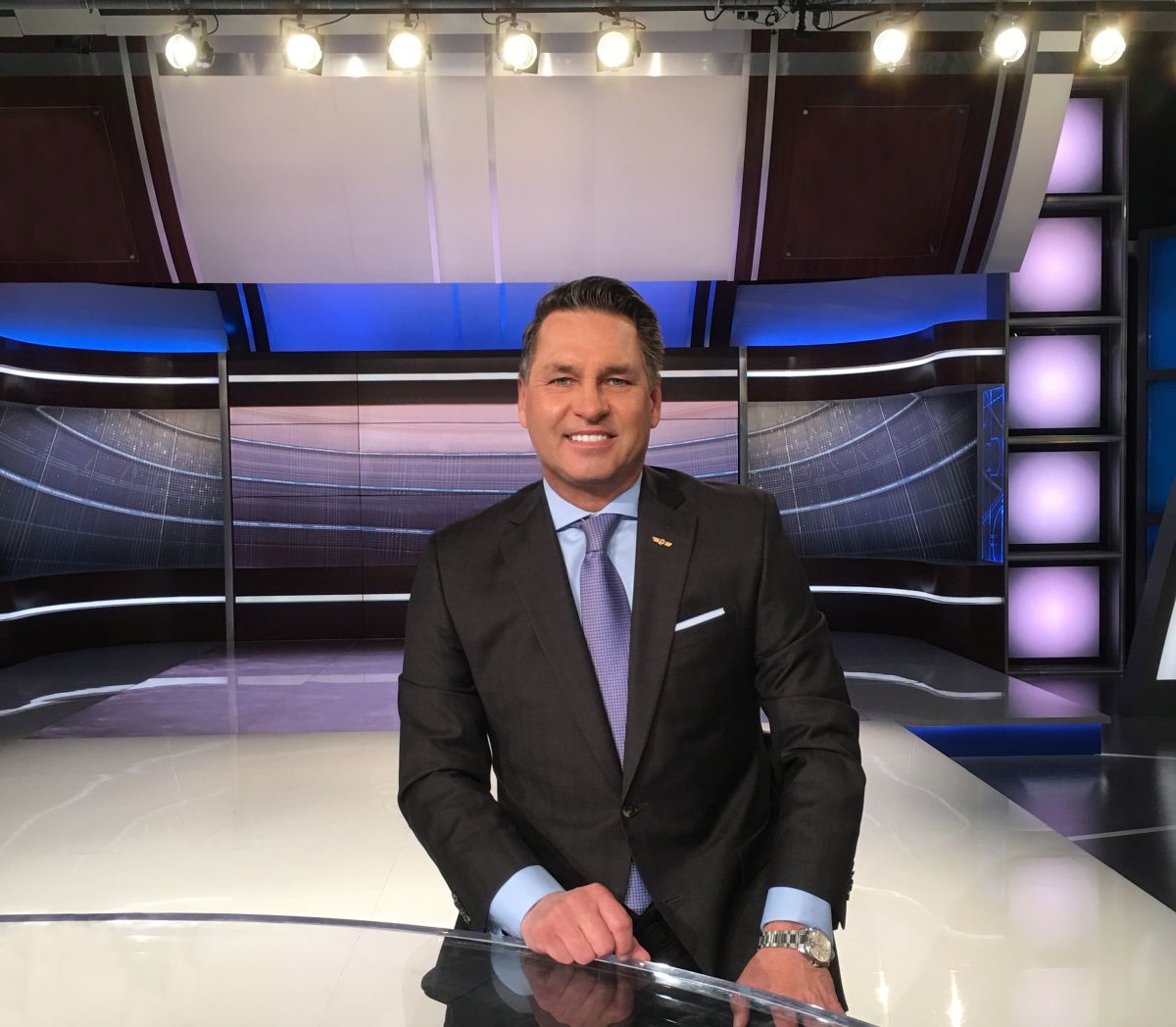 Like most kids, Kelly Hrudey grew up riding a bike. His love for cycling continues today. “It’s a huge passion of mine,” says the former National Hockey League goalie.

Before retiring in 1998, Hrudey played 15 seasons in the NHL with the New York Islanders, Los Angeles Kings and San Jose Sharks. Today, he stays close to the game as an analyst on Hockey Night in Canada and a colour commentator for the Calgary Flames. While he doesn’t strap on the pads anymore, the passion for the game still burns. “Even on nights when I don’t work, I’ll go watch hockey,” Hrudey laughs. “I’m so addicted to it.”

Growing up in Edmonton, Hrudey and his brother, Ken, became addicted to cycling early. The pair would often ride away the days together. Later, mountain biking caught Hrudey’s interest. With matching Marin bikes, the siblings set out to explore some of Canada’s most scenic parks. “Just as the mountain bike scene was coming on, I had a chance to go to Jasper,” he recalls of a memorable trip back in 1989. “My brother and I rented mountain bikes for the first time and tried out the trails. We had no gear. We rode in jeans, running shoes and sweatshirts. I immediately fell in love with it.”

Mountain biking in Canada’s national parks soon became a part of Hrudey’s off-season training leading up to the start of each new NHL campaign. “It really added to my fitness level,” he says. “The trails in the national parks are rugged and remote. You need a dependable bike and need to be self-sufficient.”

Does the former NHL netminder see any parallels between cycling and hockey? “In a sense, yes,” he says, after pondering the question for a while. “The one thing you can’t do in a hockey game is give up and the same holds true for biking. Once you are committed, you are committed. You are all in. That’s what I enjoy about it. It’s a different kind of sport. You have to concentrate like you do in a hockey game.”

When Hrudey is home in Calgary, he tries to ride five times per week. Hrudey bought Specialized bikes for himself and his wife, Donna, a couple of years ago. He loves to take trips and ride with his partner. Two years ago, they travelled to Montana and Idaho to ride some of the abandoned railway trails. 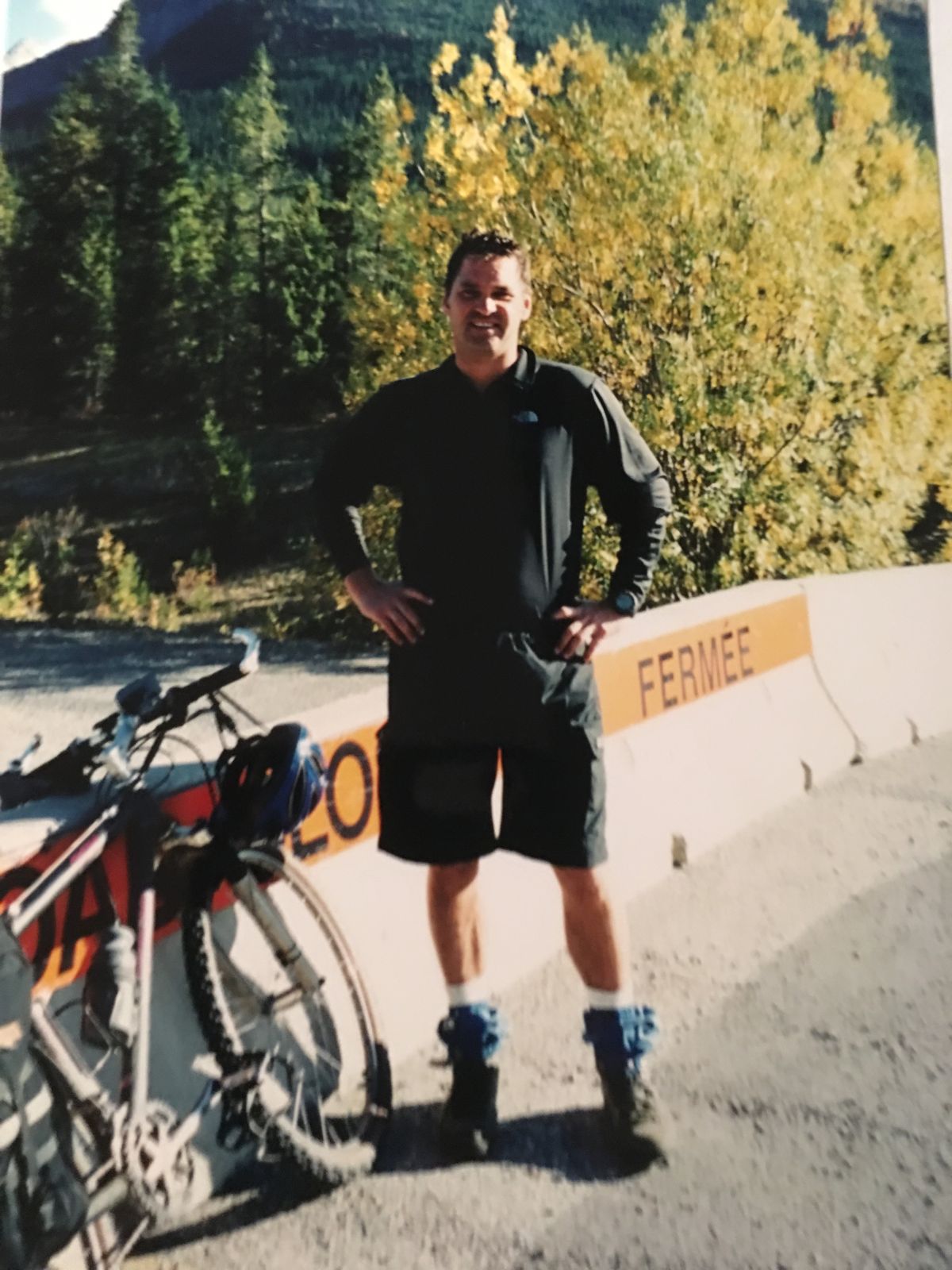 Even when he is on the road covering “the best game that you can name,” depending on the weather and what city he’s in, the sports broadcaster often rents a bike. Outside of his hometown – and the national parks – Vancouver is Hrudey’s favourite place to ride.

“There are so many different options,” he says. “I like to start by going around the seawall, and then Vancouver has some amazing cycling pathways. I’ll go down through False Creek to Kitsilano, and depending on how much time I have, I’ll continue in no particular direction and keep riding until I need to turn around and grab a nice cold beer.”

For most of Kelly Hrudey’s adult life, he’s had a front row seat to hockey history. His former teammates include Mike Bossy, Denis Potvin, Jari Kurri, Paul Coffey and Wayne Gretzky. Calling the Shots, which hit stores this past October, shares some of Hrudey’s memories from a life spent at the rink.

He describes his book – co-written with Kirstie McLellan Day – as an “honest look at the game and me.” Working on the project was a real emotional journey for the goalie. He compared notes with Wayne Gretzky, who worked with Day on 99: Stories of the Game . “After my second day chatting with Kristie, I sent Wayne a text and asked him: ‘Did you cry as much as I’m crying going over my story?’ I felt every emotion you can imagine. Some of this stuff I’ve never even shared before with my wife or kids.”