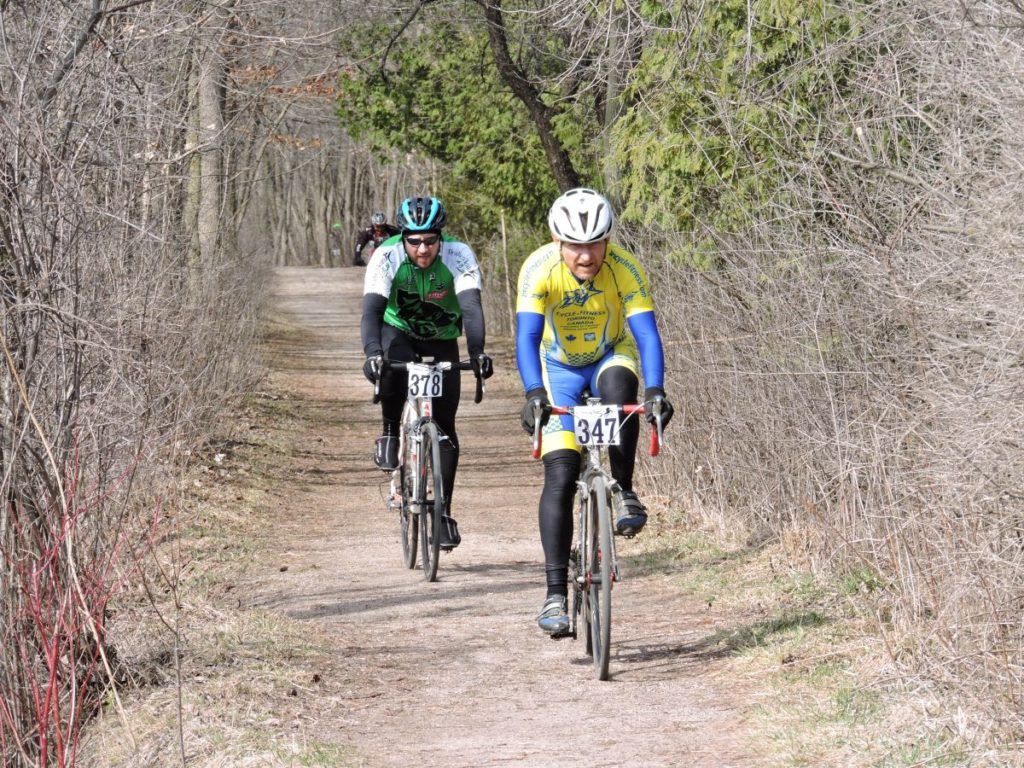 The race tackled a variety of surfaces. Photo: Lauren Daniells 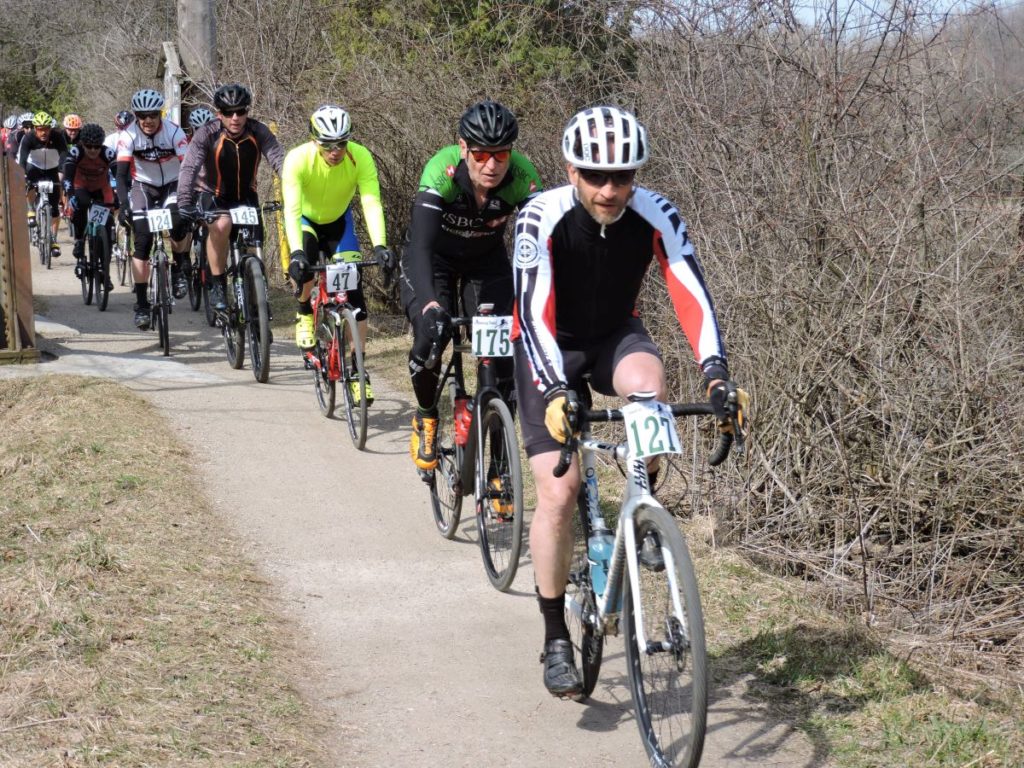 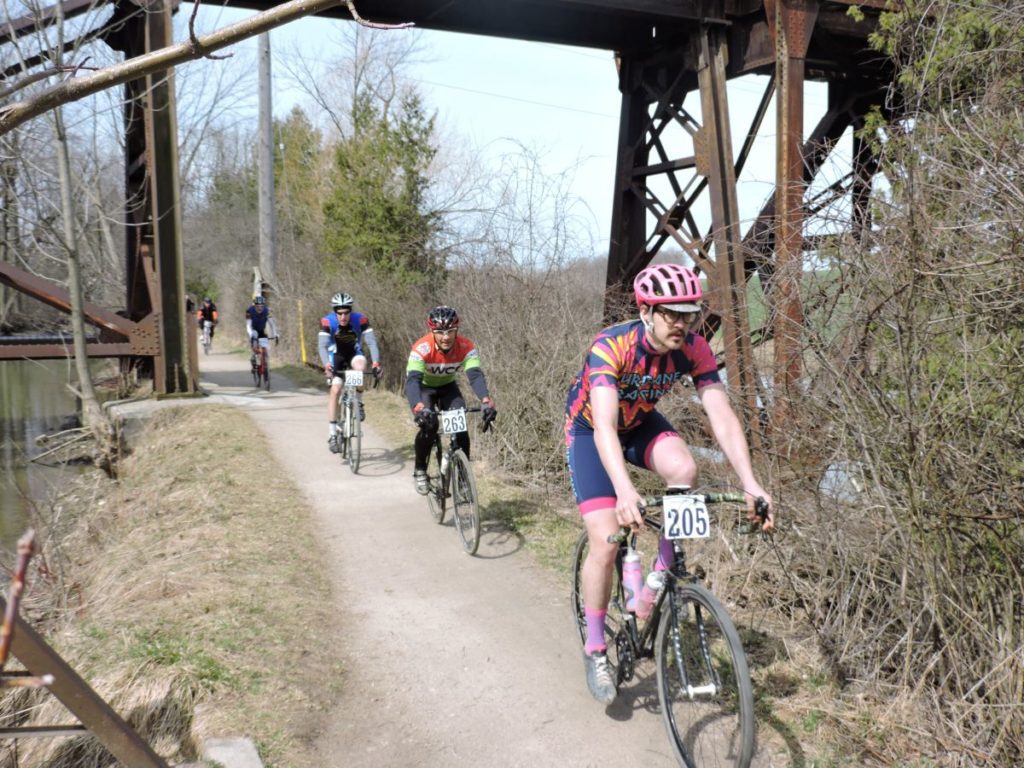 The weather was warm and the gravek was dry. Photo: Lauren Daniells 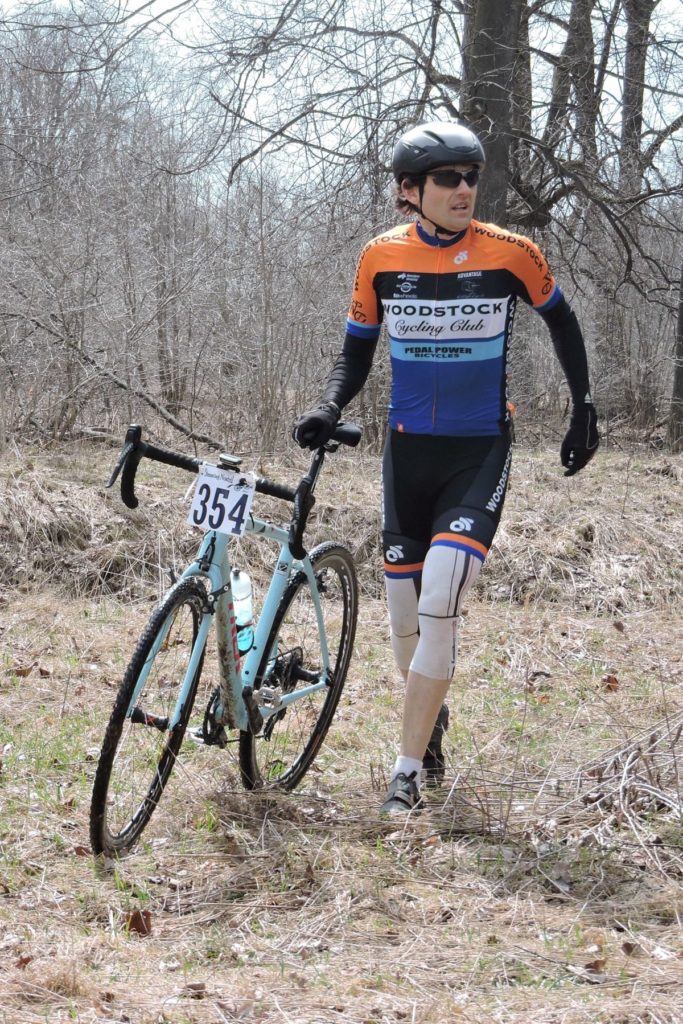 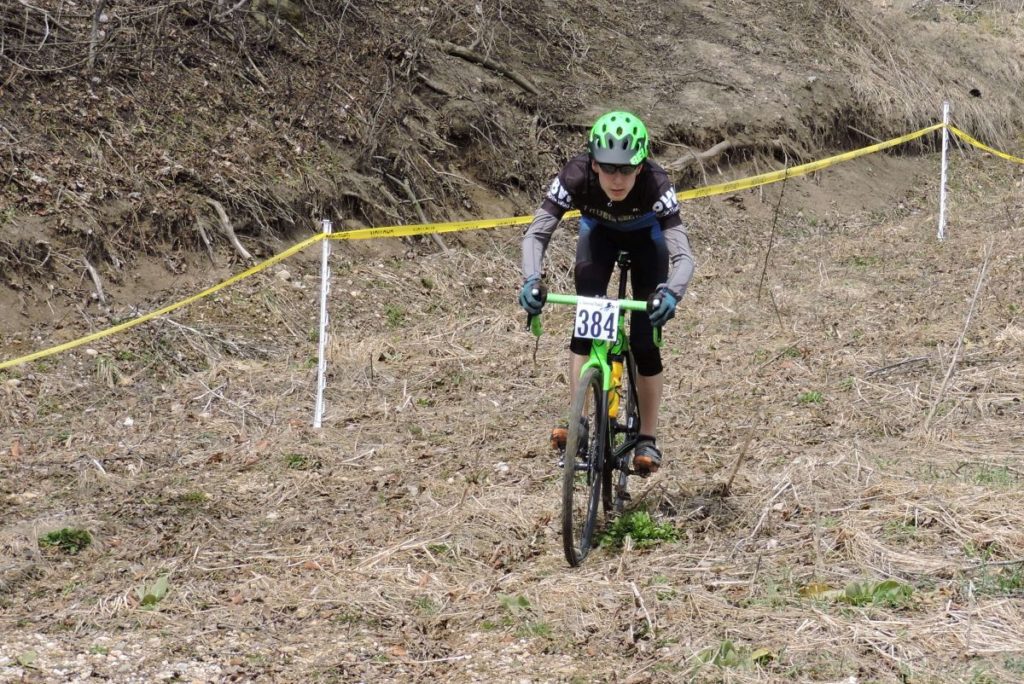 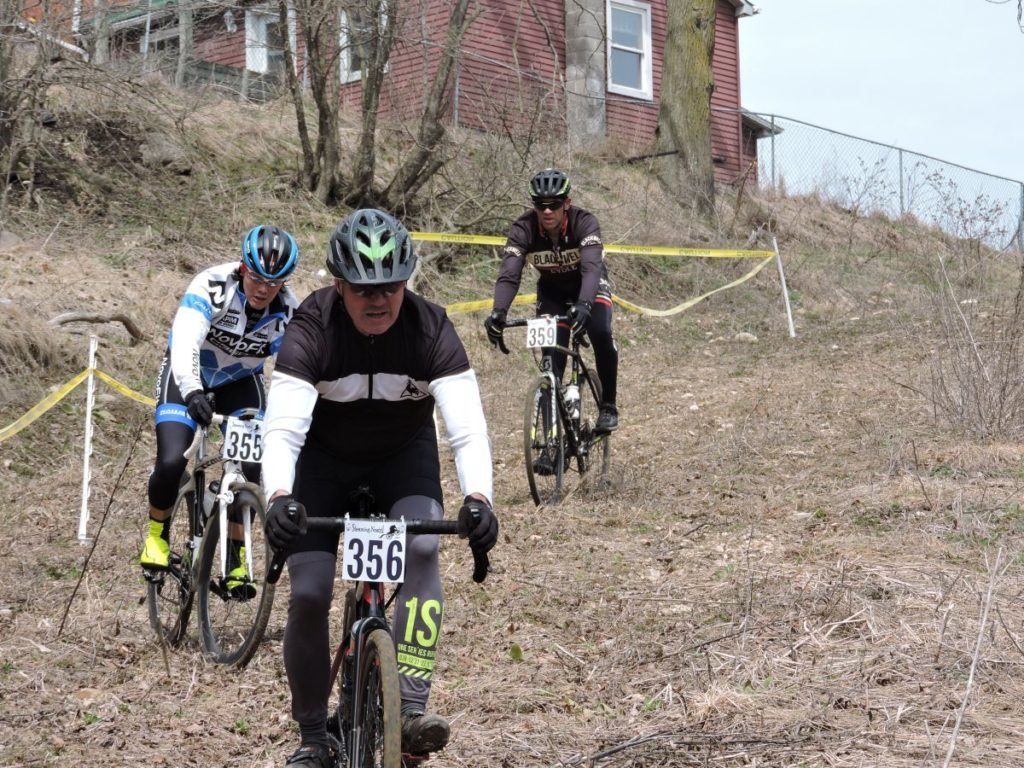 Dry grass was just one of many surfaces on the course. Photo: Lauren Daniells 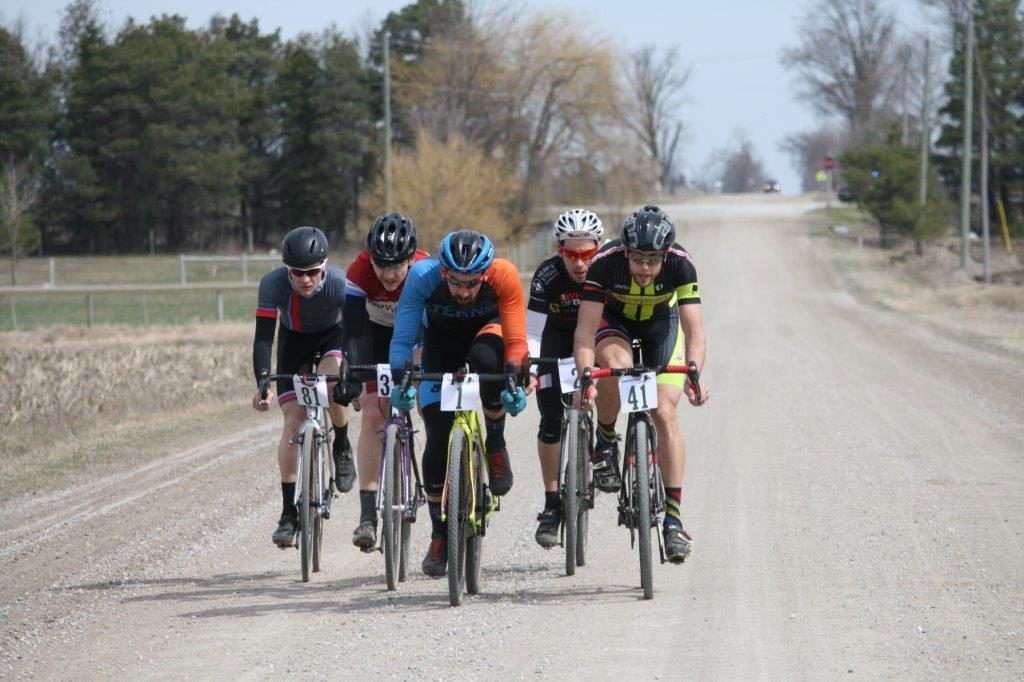 The lead group of the men's race on the wide gravel roads of the Waterloo Region. Photo: Blake Ellis 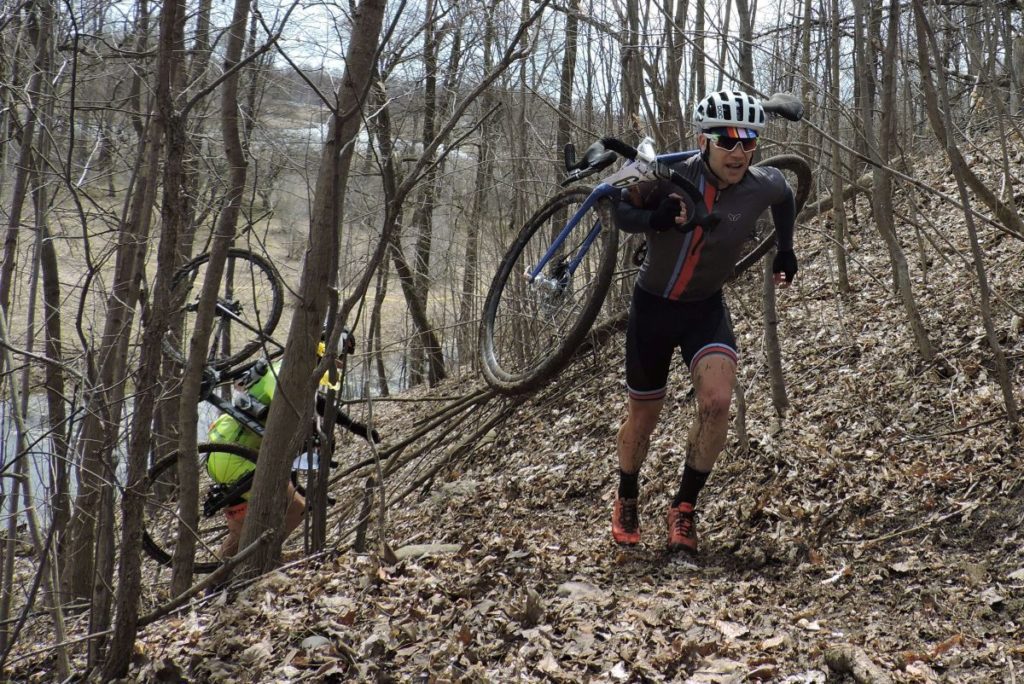 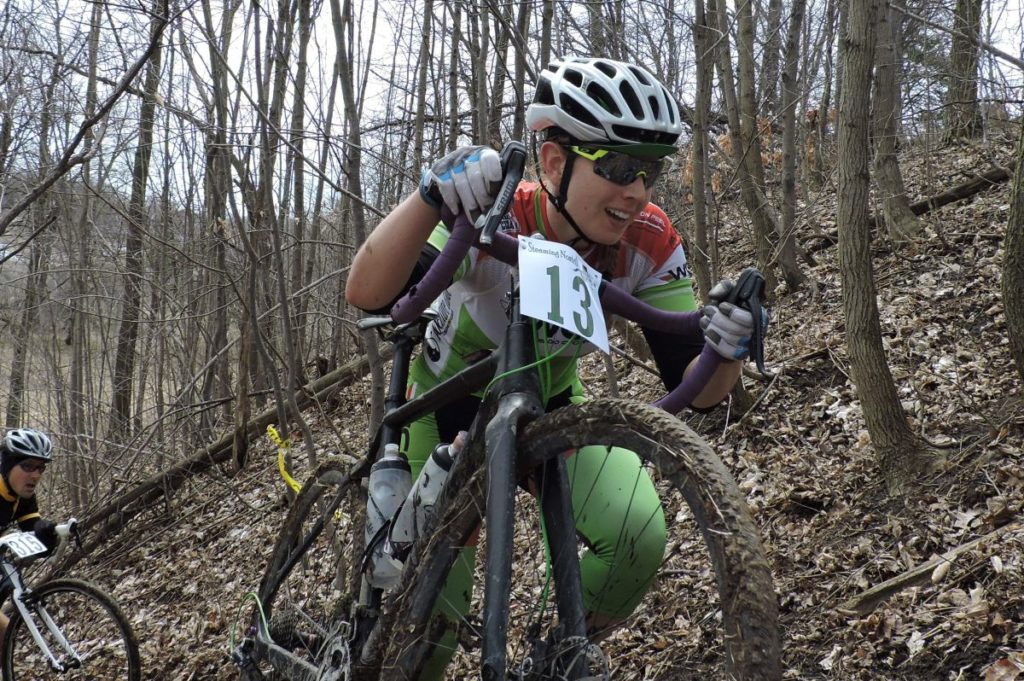 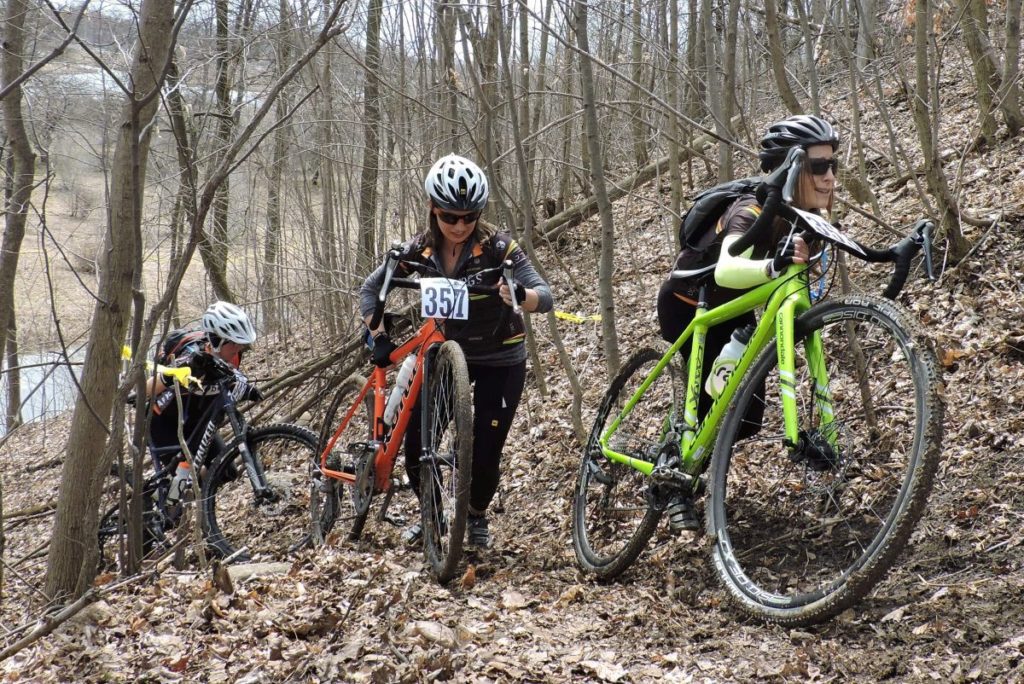 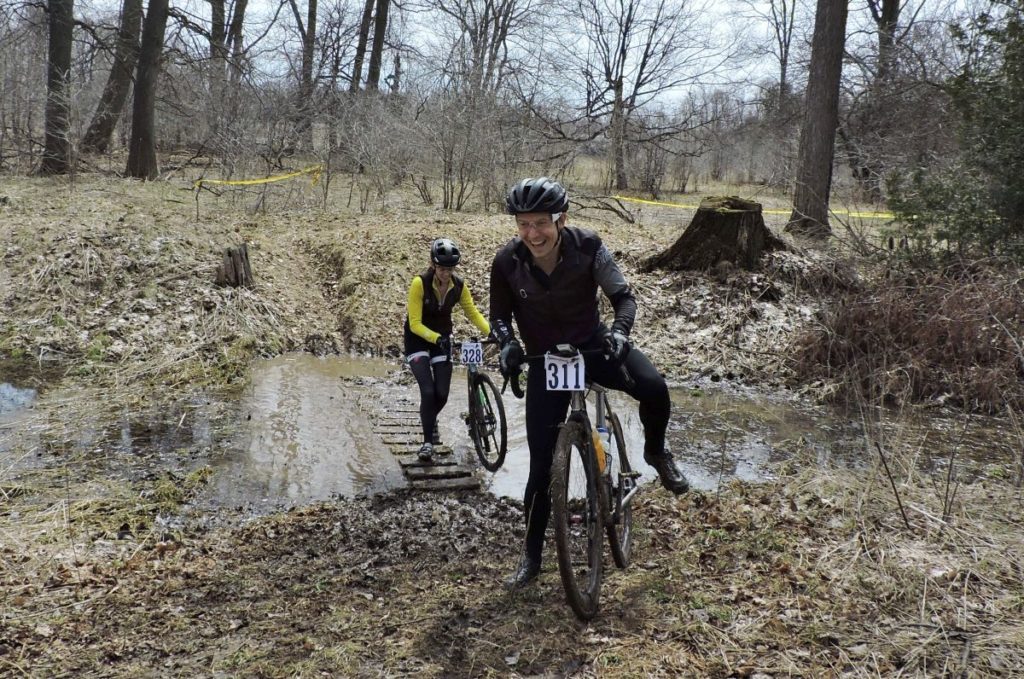 Riders needed to get creative to clear the muddiest section of the course. Photo: Lauren Daniells 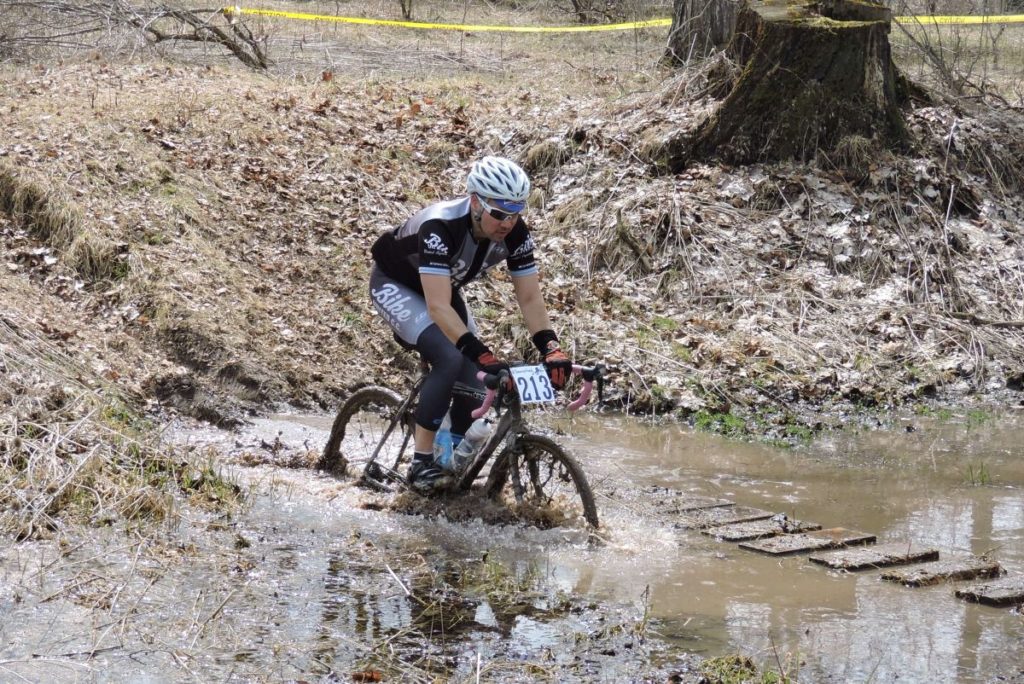 Some choosing to try their luck atop their bike. Photo: Lauren Daniells 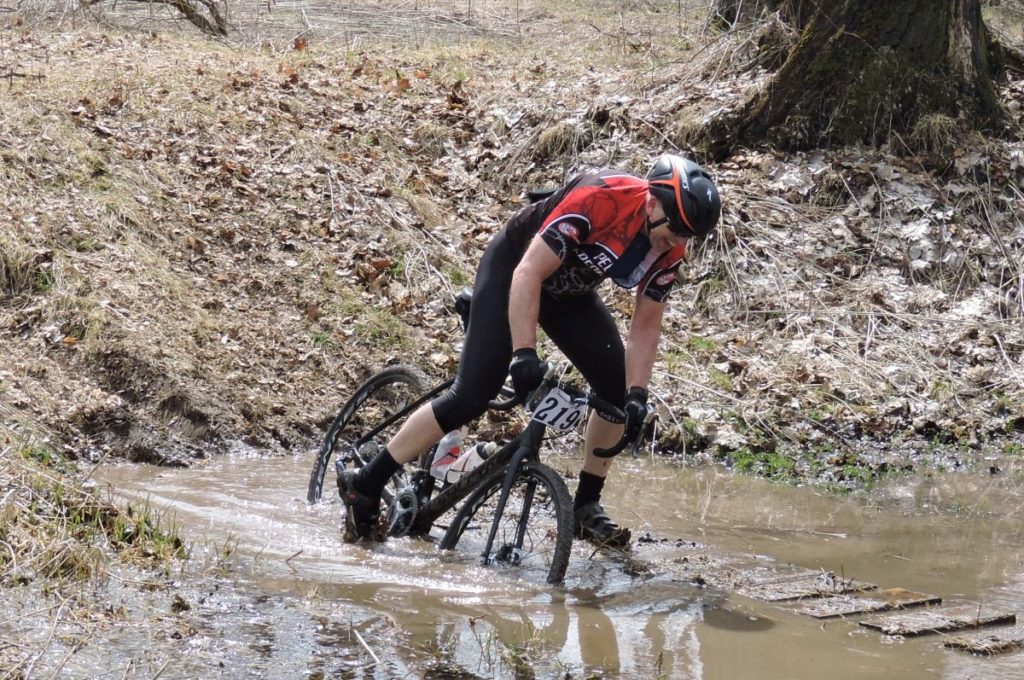 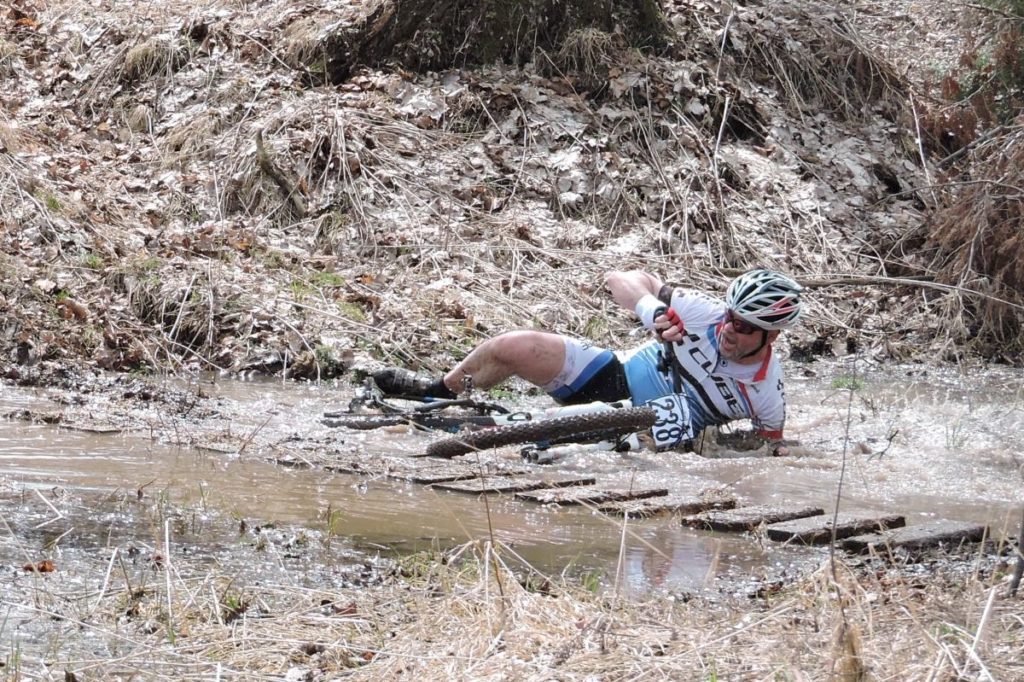 Some went for a little refreshing dip. Photo: Lauren Daniells 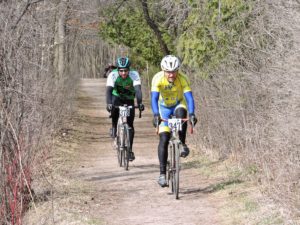 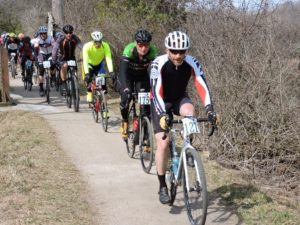 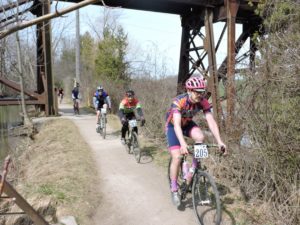 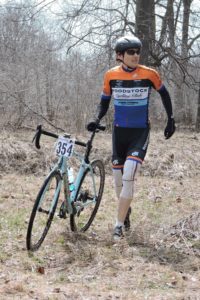 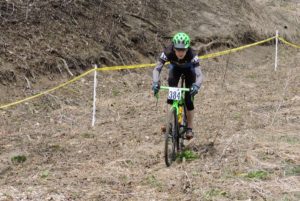 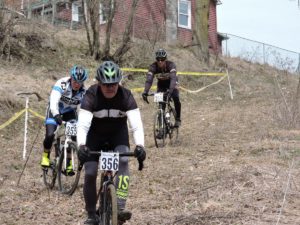 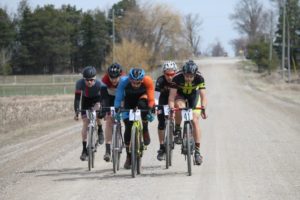 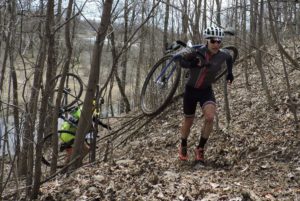 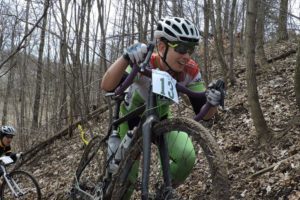 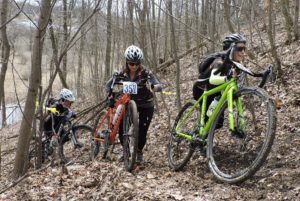 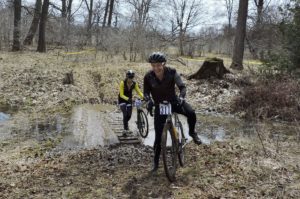 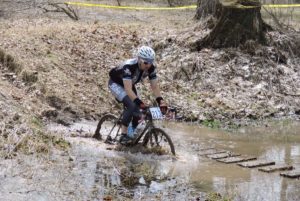 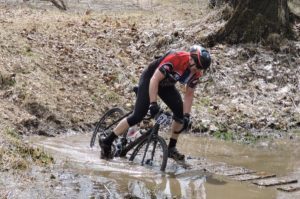 The fifth annual Steaming Nostril spring race saw a field of over 400 riders come out for the fun on a warm, sunny spring day in the Waterloo Region in southern Ontario. With a 40 km short course Runny Nose race and a 65 km Steaming Nostril, riders had a parkour filled with gravel, farm laneways, trails and private farm property with a little bit of pavement in between ahead of them.

A combination of UCI level riders, recreational athletes, and serious enthusiasts set out on a variety of cross and trail bikes.

As riders navigated the course including the most challenging section, what organizers call the longest kilometre that traverses a Mennonite farmers property in Maple Valley and Mud Mountain, Lauren Daniells was on hand to capture the fun.

Before riders had to tackle this challenging section, they could stop at the maple syrup shooter rest stop in the valley before Mud Mountain which was drier than it has even been in past years.

RELATED: 5 tips to make the most of the Gran Fondo Mont-Tremblant