Grey fog tumbles over the shrinking, sand-covered snowbanks, across the muddy fields, past the swaying trees, and along the barely-clear gravel roads of Oro Medonte.

Light raindrops dapple the windshield as I rumble along the Bass Lake “Strade Bianche” Strava segment, slowing and pulling over once I see the silhouette of a rider approaching through the dissipating fog.

“I thought you’d ride here,” he says half-jokingly, doing his best to wipe the speckles of mud off his otherwise pristine cyclocross bike. I concede having thought about it, and we agree there’s something peaceful about riding on these grey spring days despite the lingering gloom.

As Canadian as discussing the weather is, that’s not why we were there. I’d asked Gunnar if he wanted to take some time to talk about toeing the line of Canadian off-road history and the 26th Annual Paris to Ancaster Spring Classic. 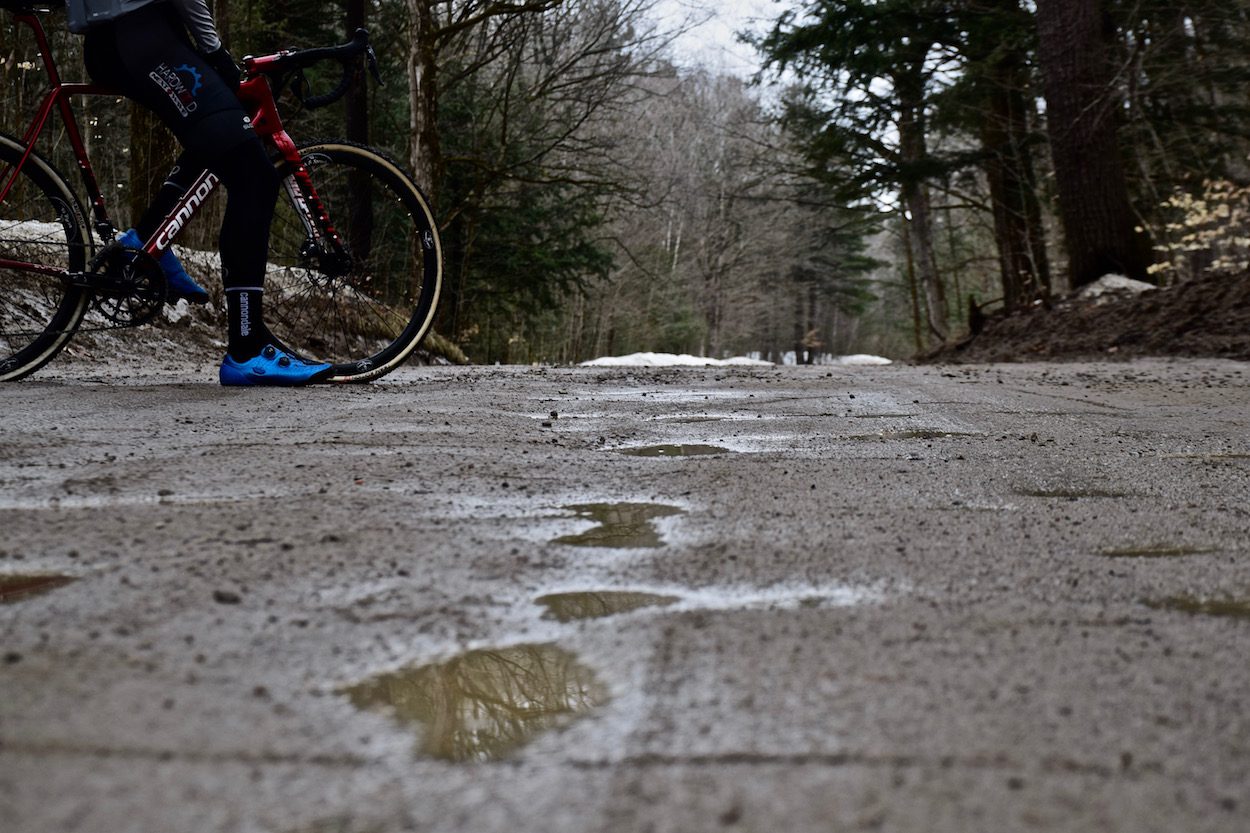 Spring is here. Fresh, warm south winds and the scent of melting snow welcomes us to the great outdoors after another seemingly never-ending winter. The excitement to get outside and ride within the Canadian cycling community is palpable, and for many in Ontario – their first big event of the year is just a short week away.

On April 28th, Gunnar Holmgren, will return to Paris to Ancaster as the three-time defending champion; equal to the likes of Seamus McGrath and Mike Garrigan, and just one victory shy of an all-time record of four wins. At only 19 years old, some might say it’s not a matter of “if” Holmgren will become the most winning-est cyclist at Canada’s Spring Classic, but when.

“P2A was probably the only race that I wasn’t an underdog at last year,” Gunnar says, stifling a small laugh. He’s clearly come a long way over the course of his first year racing the Under 23 World Cup for mountain bike and cyclocross, including both World Championships. The race calendar he takes on would drive most riders into the ground, which he is well aware and mindful of. The investment to race and compete against world class international fields, however, has played a huge part in his rapid ascent through the off-road ranks.

Experience can play a vital role in winning races, and Holmgren says his familiarity with how the Paris to Ancaster course rides has given him confidence in when to cover moves and make attacks. Knowing the course, knowing the race, and knowing your competitors are all part of the preamble, but analysis-paralysis has kept many riders from reaching the top step of races like this, where intuition more often reigns supreme.

Paris to Ancaster has a history of delivering exciting, gutsy racing over its unique annual 70km route. The course lends itself to a fast-early pace on the gravel roads, bold moves into late singletrack sections, the infamous mud chutes, and fierce battles up the final climb. It certainly favours the calculated risk-taker.

“That’s one of the reasons it’s so great. It’s unpredictable and I think that’s why Gunnar can prevail over some of the riders who are used to having a strict plan,” says Mike Garrigan, also a three-time winner of Paris to Ancaster and mentor to Holmgren through the cyclocross National Team program. “He’s got a lot of heart and he’s got drive. I was talking to him recently and he said he’s got the fire in his belly to do well in all his races so I’m sure he’ll bring that to the line.” 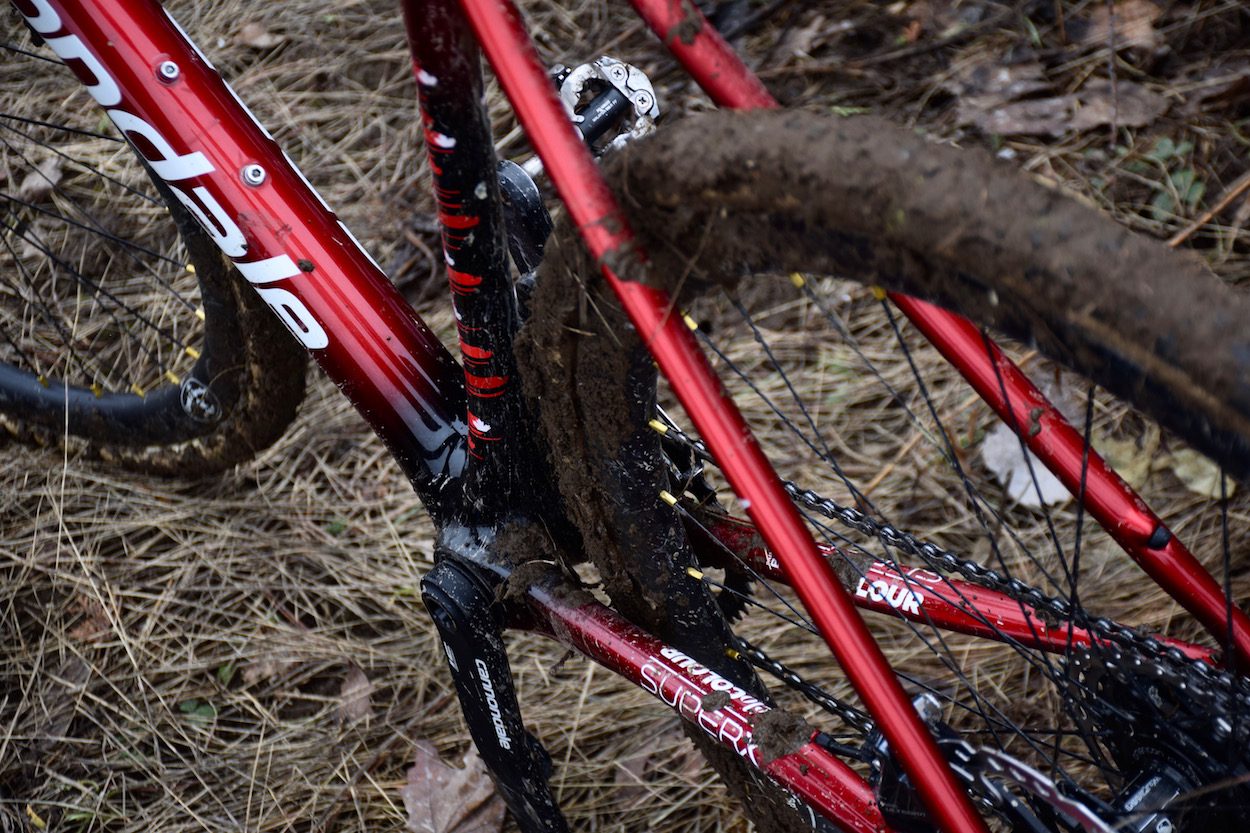 The rain let up as Gunnar and I made our way back to Mark IV Brothers café in Orillia, where the barista greeted him by name and asked how his racing has been going. It’s still early in the season, but it’s been a good start. He earned his first elite mountain bike podium a week prior, just behind the National Champion and two 2016 Olympians.

We get our coffees, no desserts for either of us today, and sit down. After joking about how it felt like we’d been out practicing for cyclocross in the rain, riding around a field we’d grievously misjudged the moisture content of, we circle back to discuss the first time he won Paris to Ancaster in 2016.

I can tell it feels like a distant memory to him initially, he was only 16 at the time. As he begins to recall the blistering start, chaos of the lead group coming across deliberately downed trees across the path, the hectic solo chase that ensued, and finally a three-up battle on the final climb… it’s clear this is the heart and competitive fire that Garrigan was talking about. In a race where any chance was a good chance, Gunnar had that racing instinct and readiness to challenge, no matter the circumstance. 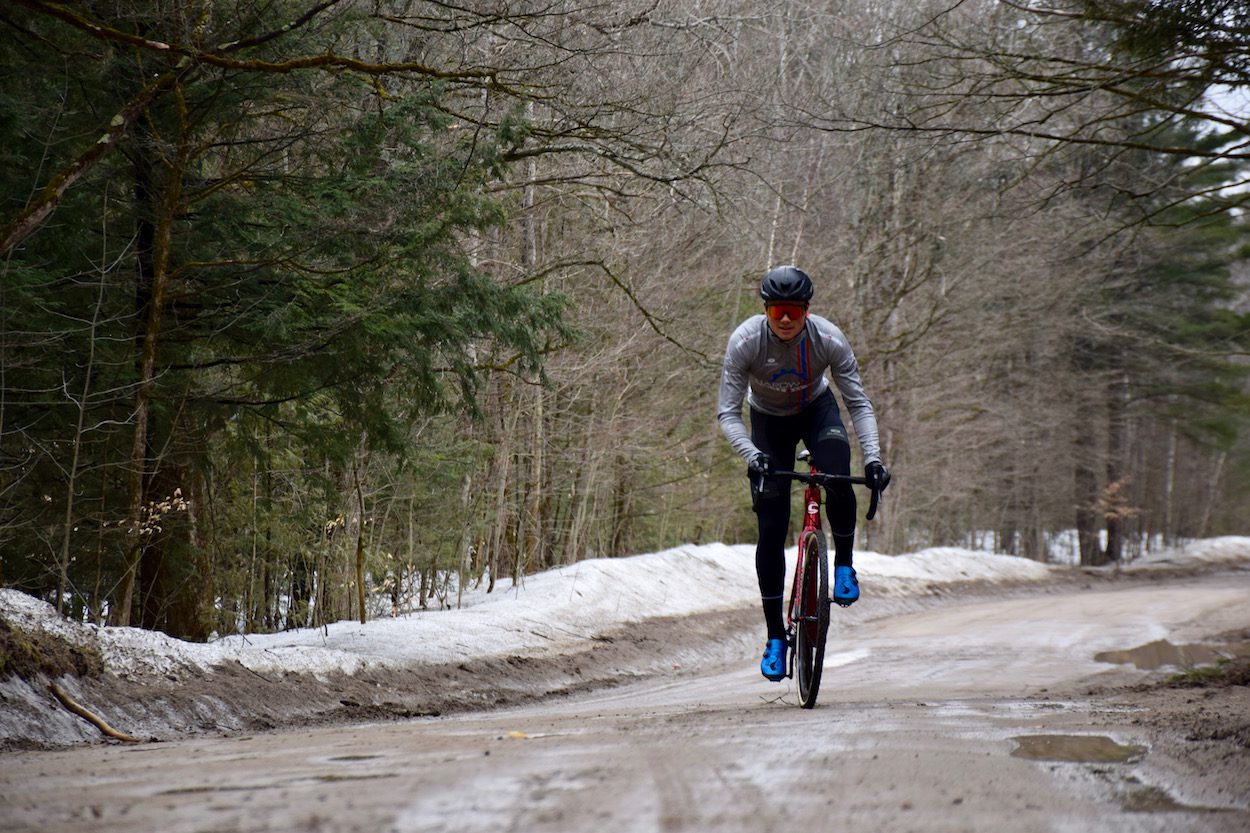 Not long ago, gravel racing was a niche few serious road and mountain bike racers ventured into. Over the past few years it has evolved into a booming lifestyle discipline for cyclists from all corners. Paris to Ancaster was gravel before gravel was cool, and in being one of the first big events of its kind has earned prestige that draws elite and professional cyclists from across North America and abroad.

Having pro road outfits X-Speed United and Floyd’s Cycling, as well as the Norco Factory mountain bike team signing in to race Paris to Ancaster this year is a testament to the growth in popularity of gravel racing. It also brings a new level and different elements of competition to the event. The excitement of new teams and big names on the startlist is undeniable when reading the latest headlines and press releases.

“The last few years at Paris to Ancaster, especially the ones Gunnar has won, has been so much more competitive than I was racing,” Garrigan reflects. “The level is way higher, and this year will be another step up. That’s pretty exciting, for Gunnar and for Paris to Ancaster.”

Compared to last year, where he was the heady favourite, Holmgren admits it’s a bit strange to feel like an underdog for a race that his name is almost synonymous with.

But like any great competitor, he relishes the opportunity to race and brings the same confidence and passion to the line regardless of who is there or how the odds are being called.

“The only pressure to win would come from myself… P2A is always exciting and a hardman’s race. With more pros here this year it’ll be tougher to win and whoever does will be the strongest on the day. There’s nowhere to hide.” 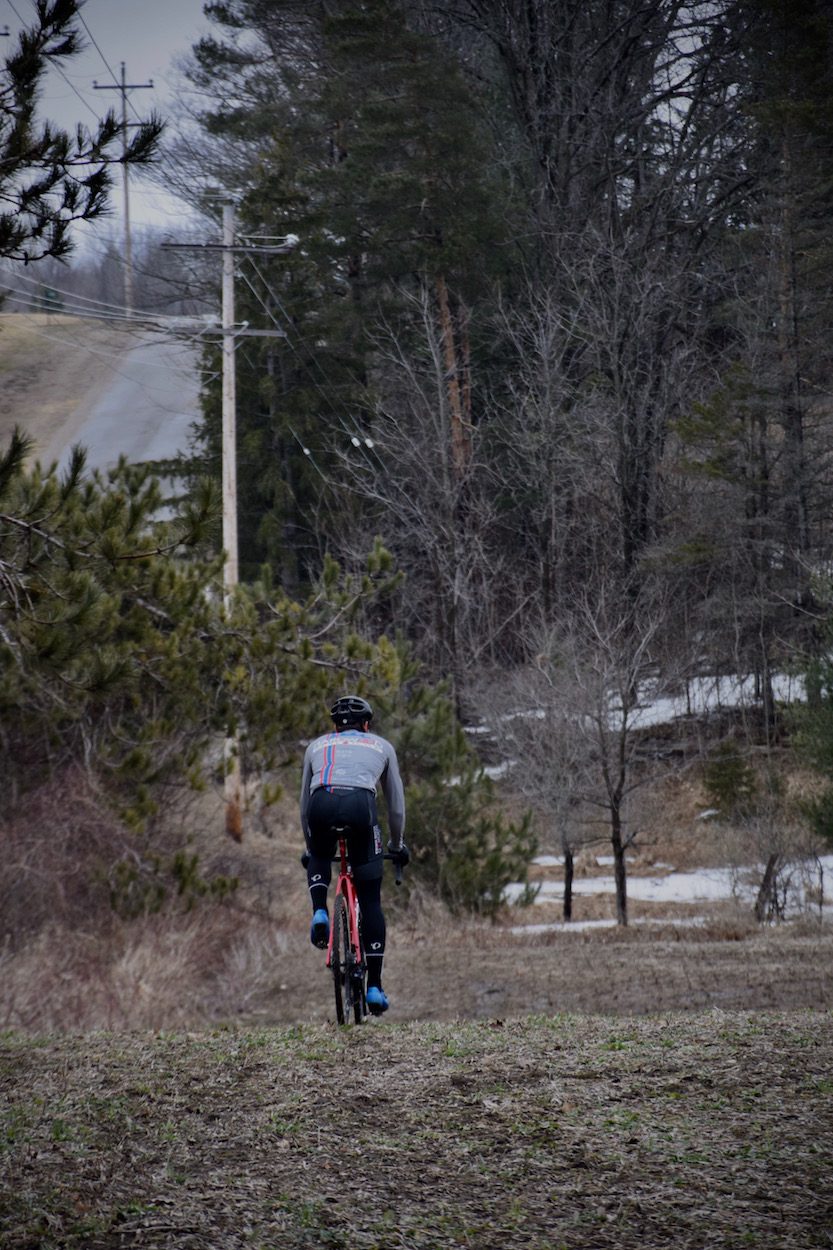