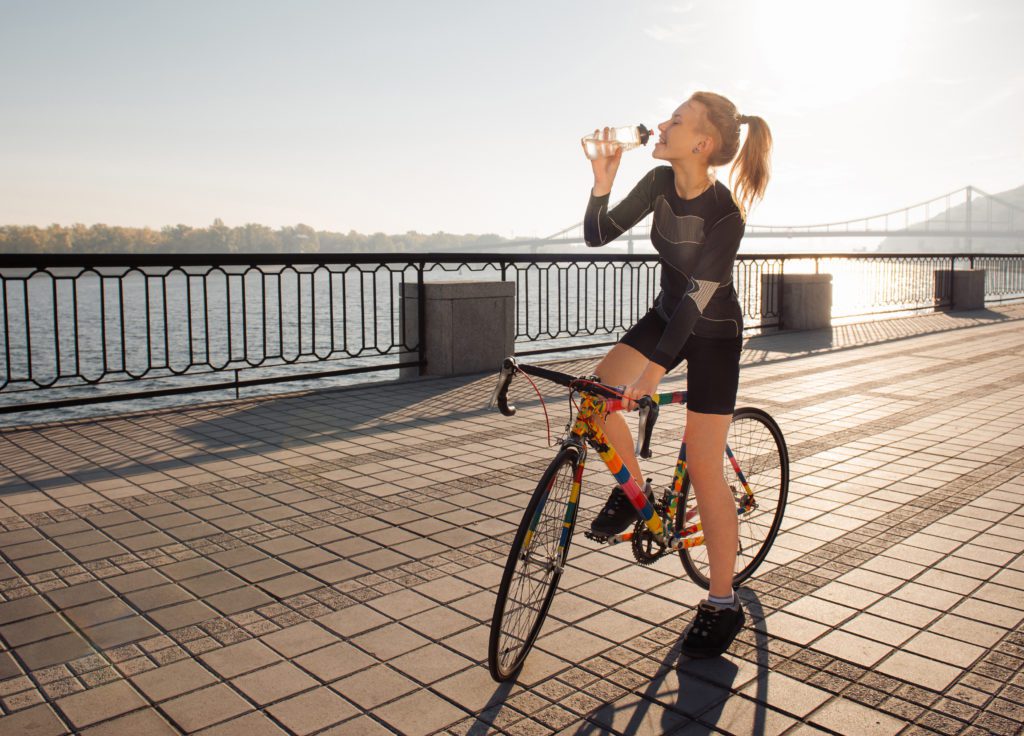 Drinking plenty of water is good for you right? Well, just like anything, there’s such a thing as going overboard. In the hot months especially, cyclists have to be careful of one health concern linked to chugging back too much of the H2O. Hyponatremia is a rare but serious condition that happens when the concentration of sodium in the blood is dangerously low.

RELATED: Which sports sunscreens will actually stand up to sweat?

Rather than being caused by inadequate sodium intake through one’s diet, most often the cause is over-hydration that happens as a result of extreme thirst (called polydipsia) paired with excess fluid loss through sweating. This is of particular concern to cyclists who spend prolonged periods of time pedaling through the heat, and who are exposed to hot and humid conditions.

Am I likely to get it?

Drinking a large volume of water in a relatively short period time, and without sufficient electrolytes will increase the likelihood of becoming hyponatremic. Those who have a particularly high sweat rate and lose significant amounts of fluids via perspiration are at even greater risk.

RELATED: 10 facts about the much-loved banana

One study found that 13 per cent of participants were in a hyponatremic state following the 2002 Boston Marathon.

The most common symptoms of hyponatremia include nausea, headache, confusion, fatigue, loss of appetite, irritability, muscle weakness and short-term memory loss. More serious symptoms could include vomiting, muscle spasms or cramps, seizures and in extreme case, even decreased consciousness or a coma.

The severity of symptoms are often related to the degree of sodium loss in the blood, with lower levels of plasma sodium associated with more severe symptoms.

The majority of cyclists need not worry too much about hyponatremia. That said though, those riding particularly long, or in hot conditions or cyclists who drink a lot of water should be especially aware of the risks.

What to pay attention to

Keep hydrated at all times. You can tell how hydrated you are via the colour of your urine which should be pale yellow, not clear. After and during any ride, particularly a long, hot ride, be sure to rehydrate not only with water, but also with a beverage that includes electrolytes including sodium, potassium and some sugars.