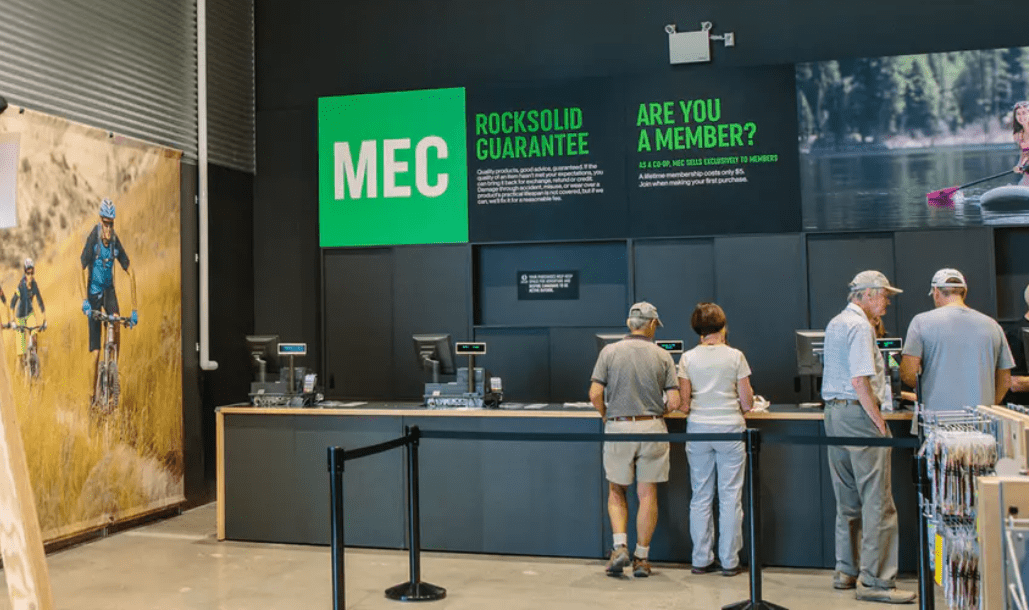 Mountain Equipment Co-op has decided to drop brands owned by Vista Outdoor Inc. after an outcry following the school shooting that left 17 dead at Marjory Stoneman Douglas High School in Parkland, Florida. MEC sold several brands owned by Vista which has holdings in companies that manufacture assault-style weapons like the one used in the shooting.

In an open letter to co-op members issued on Thursday morning, MEC CEO David Labistour said the outdoor recreation gear and clothing cooperative will no longer sell Bollé, Bushnell, CamelBak, Camp Chef and Jimmy Styks brands which are owned by Vista.  The decision is effective immediately but existing inventory will remain on MEC shelves until it has sold out.

The decision by MEC comes amid a larger shift in corporate policy in the United States. Walmart and Dick’s Sporting Goods Inc. have decided to change their position in relation to selling assault-style weapons while many other companies such as Delta Air Lines and United Airlines have decided to cut ties with the National Rifle Association.

Vista owns numerous brands that sell cycling goods such as Giro and Bell helmets, CamelBak, and Bollé. Some bike shops have announced they will no longer sell these brands following the Parkland school shooting. Vista bought Bell and Giro in 2016 for US$400 million. Labistour acknowledged in his statement that MEC will be open to continued conversations with the brands owned by Vista deciding to, “Continue to engage with these brands as well our peers in the outdoor industry in North America in ways that are consistent with our mission and values.”

A petition on change.org which called on MEC to drop brands owned by Vista had nearly 50,000 signatures as of Thursday morning.

“Thousands of MEC members have contacted us to express their concerns and to ask that we stop selling products made by these brands,” Labistour said in his letter to co-op members. “We’ve also heard from members who believe that purchasing decisions like these should be left to individual consumers and that MEC should not get involved.”

MEC, which has over five million members and has 22 locations across Canada, has expressed it’s commitment to environmental causes and responsible sourcing but that mission will be expanded according to Labistour. In the future, MEC will consider ownership structures when looking at which brands to offer according to the open letter.