Mical Dyck has just landed in Europe ahead of the final cyclocross World Cup of the 2017-18 season, at Hoogerheide, the Netherlands. The plan is to race the seasons last World Cup before heading to world championships at Valkenburg, also in the Netherlands, on Feb. 3 – 4. It’s a routine Dyck is familiar with, as Hoogerheide traditionally serves as racers last test of fitness before the race for the rainbow jersey, almost always falling one weekend before worlds. This year, however, it will also be her first World Cup race of the year. It’s a shortened European campaign leading directly to worlds, which, Dyck says, might also be her last.

In her third year racing for Naked Bicycles, Sam Whittingham’s Quadra Island-based custom bike manufacturing company, Dyck has stayed much closer to home than her usual calendar of international racing. The two time Canadian national cyclocross champion traveled to Sherbrooke, Que., where she placed third, but has otherwise stayed away from the busy travel schedule that usually follows when trying to race cyclocross from Canada’s west coast. Not that Dyck hasn’t been busy. She recently relocated to Cumberland, B.C., a small town mid-Vancouver Island and is working full time at a new job in the Comox Valley.

Valkenburg won’t be the first time Dyck’s balanced a career with international racing, though. The Canadian cyclocross racer has moved back and forth between full time racing, and balancing a busy race calendar with full time work. It’s a demanding ask, and a delicate balance that Dyck’s been successful at finding. On top of her National Championships, her cyclocross career highlight came in 2015, when Dyck placed 12th at world championships in Tabor, Czech Republic. She was the highest placed North American Elite, man or woman on the day. Oh, and Dyck has some titles from the infamous Singlespeed Cyclocross World Championships, too. While this may be the last European campaign, it’s not likely the end of cyclocross for the Naked Factory Racing rider. What next year’s racing calendar remains undecided, at least until after the finish line in Valkenburg.

Canadian Cycling Magazine talked to Mical Dyck as she waited in the airport for her flight across the pond:

Canadian Cycling Magazine: You’re heading to Europe tomorrow, will you be doing any races leading into worlds?

Mical Dyck: Ya, going to do the last World Cup of the season. It’s always Hoogerheide and it a good way to kick jet lag. 99% of the time it’s the muddiest race of the year for everyone, but last year was a dirt crit, yaouch!

CCM: This year your calendar looked a little different. You raced nationals in Sherbrooke. We’re there any other big races you went to, or all domestic racing?

MD: It was definitely a pretty light race season. Sherbrooke was the only other race that I flew for. It was great to be able to hit a lot more of the local races. The scene in the PNW is awesome, and the Cross on the Rock series is pretty special. It brings it all back to why I love bikes and racing. 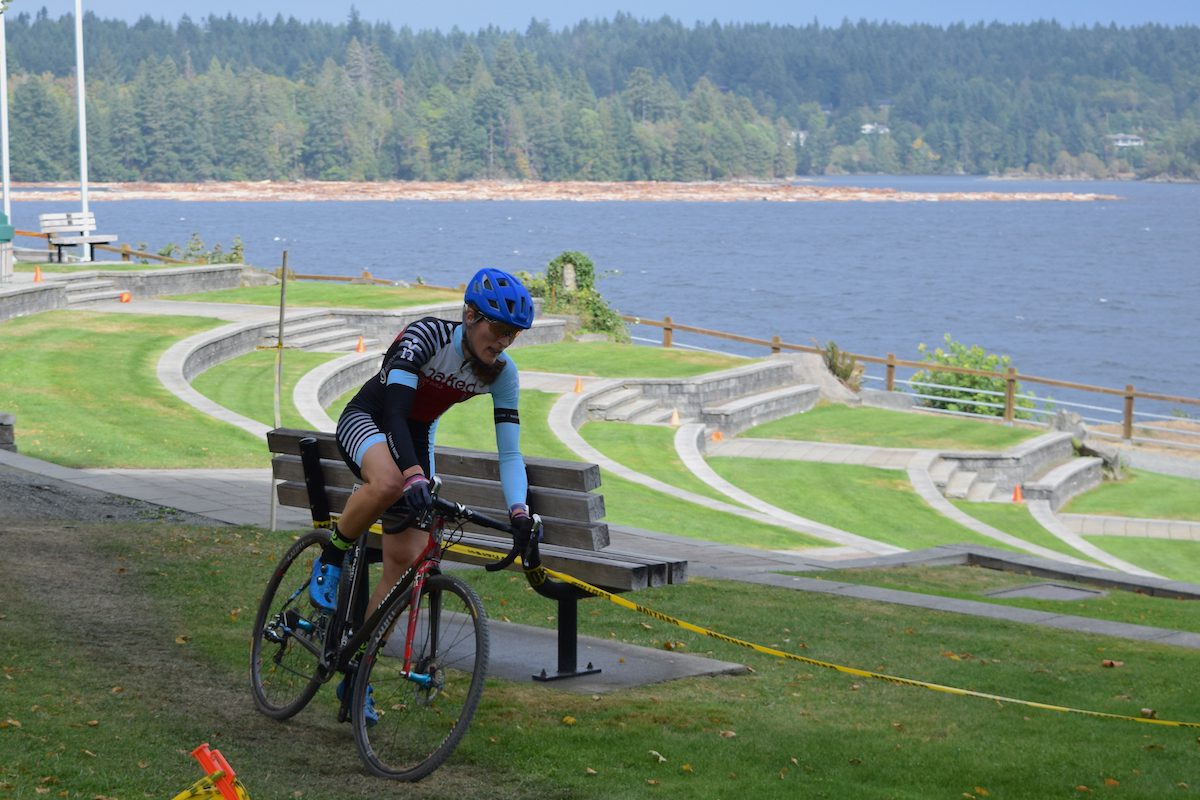 CCM: Was there any reason for this shift to focus on domestic races?

MD: I’ve been racing seriously a long time. I found it really hard to balance a career and racing towards to the end, especially once I started to rediscover all the other things in life that I’ve been missing. It’s been so great being home more than away this past season. I’ve realized I’m definitely a homebody. Also, flying sucks! Haha. Much prefer the road trip.

CCM: You’ve been to worlds several times now. It’s obviously not a small effort to get from Cumberland, B.C. to Europe as an independent racer. How long do you think you’ll keep making the trip?

MD: This is my fifth worlds for cyclocross. I did three for XC mountain biking as well. Going into this season I really wanted to do one more after this, but honestly I think this is my last trip overseas for racing. Maybe next time we will actually just do a trip for fun.

CCM: You’ve recently moved from Victoria, B.C. to the small town of Cumberland. How’s it been living in Cumberland?

MD: So stoked on the move. We wanted to slow down and be close to the mountains. It’s been absolutely amazing being literally five minutes from some of the best trails in North America. Living in a small community takes a little adjusting (like nothing is open on Mondays) but it’s been a great change.

CCM: What’s been keeping you occupied up in Cumberland? (work, skiing, mountain biking? )

MD: All of the above, haha. Skiing had been really amazing. I grew up loving Nordic skiing and being 30 minutes from being on skis has re-ignited that love. And discovering just how awesome a powder day at the mountain can be has been a fun experience. Work has definitely been a little busier then I would like, but it’s keeping me out of trouble.

CCM: After Tábor, Czech Republic world championships in 2015, you shifted from a bigger team to work with Sam Whittingham at Naked Bicycles. How did that come about? How has that relationship been different?

MD: There is definitely something special about being able to race and ride with the guy you actually built your bike. Sam and I started chatting about bikes for Singlespeed Worlds in Victoria. With some amazing support from local company Study Build, we were able to put together a couple of amazing years of full race season. This year has been fun with the rejuvenation of the Naked Factory Racing team, I feel so honoured to be a part of this family and I’m always so excited for people all over the world to see these beautiful. 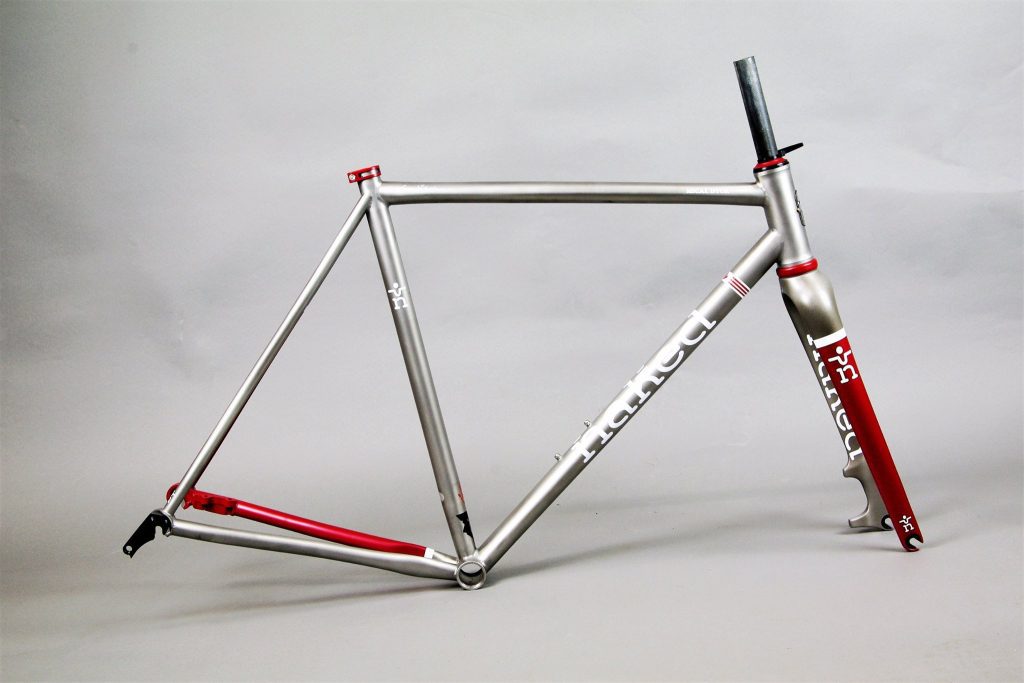 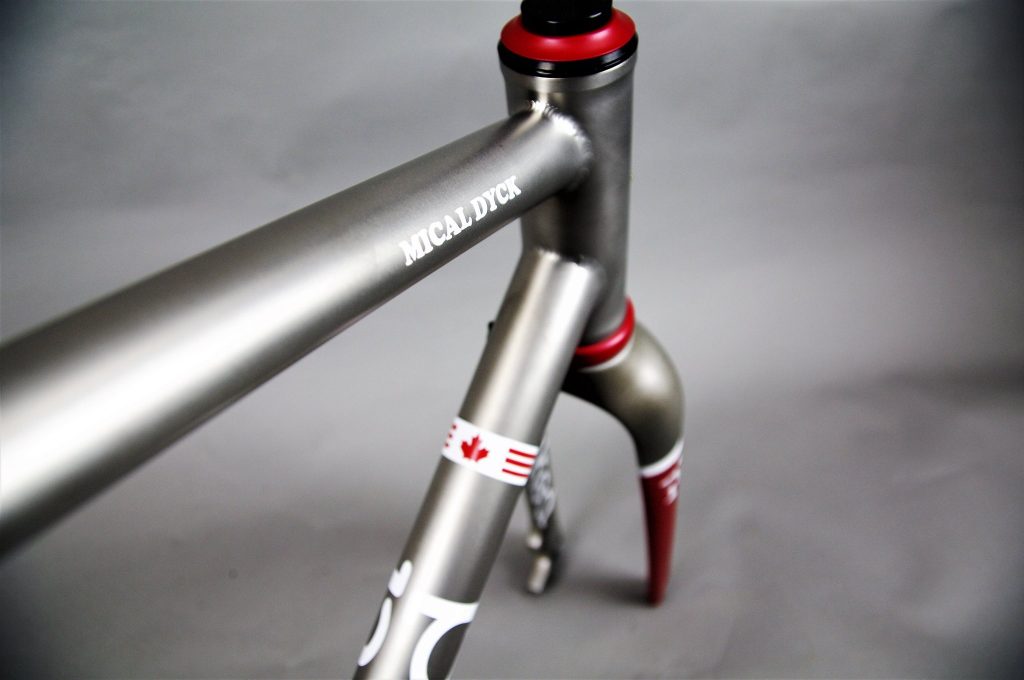 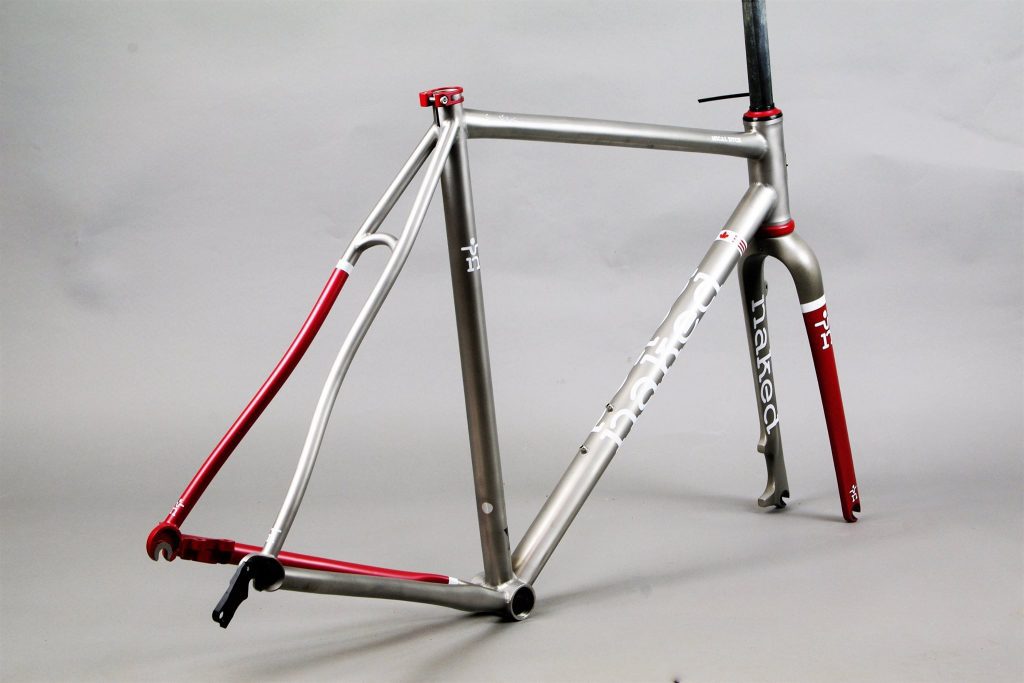 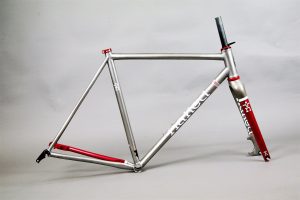 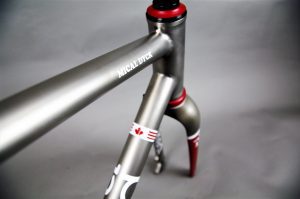 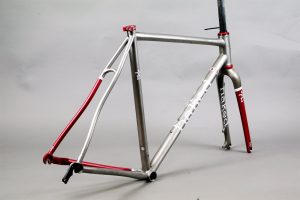 CCM: When you’ve raced on Naked Bicycles in Europe you’ve been the only steel bike in the field, which always attracted attention. This year, you’re on a titanium Naked. Other than the material, anything different about the new bike?

MD: I’ve been on the lightweight steel Naked framed for the past two years, and was actually pretty shocked with just how responsive and fun the bikes are. I guess when a bike is actually built for you it’s always going to feel right. This year Sam built me a titanium Naked, and wow. It’s a little lighter than the steel, but with the same smooth and responsive ride to it. The steel frames have always been show-stoppers in Europe so I’m excited to see the reactions to titanium.

CCM: Recently, Naked Bicycles added two local Comox Valley juniors to Naked Factory Racing, Emilly Johnston and Carter Woods. You’ve known Emilly for a couple years through the Ride like a Girl athlete mentorship program, how has it been having her and Carter as part of the team?

MD: The addition of some of the nicest and fastest juniors in Canada to the team has been fun. I’ve known Em for a couple of years and it’s so exciting to watch her grow and progress. It’s been great getting to know Carter this year as well. It’s been really cool to see their excitement with the discovery of higher level cyclocross racing.

CCM: You traveled to Sherbrooke with Emilly, Carter, and your mechanic and partner Regan Pringle. That was both the two juniors first time at a cyclocross nationals. How was it having them at the race? Any funny stories from traveling with the kids?

MD: Hanging out with the juniors I sometimes forget that they are so young. We were at this really nice restaurant in Sherbrooke and the shocked expression on their faces when they found out that the washrooms were “mixed” was priceless.

MD: Huge thank you for everyone that has been apart of the team and has made it happen this year!