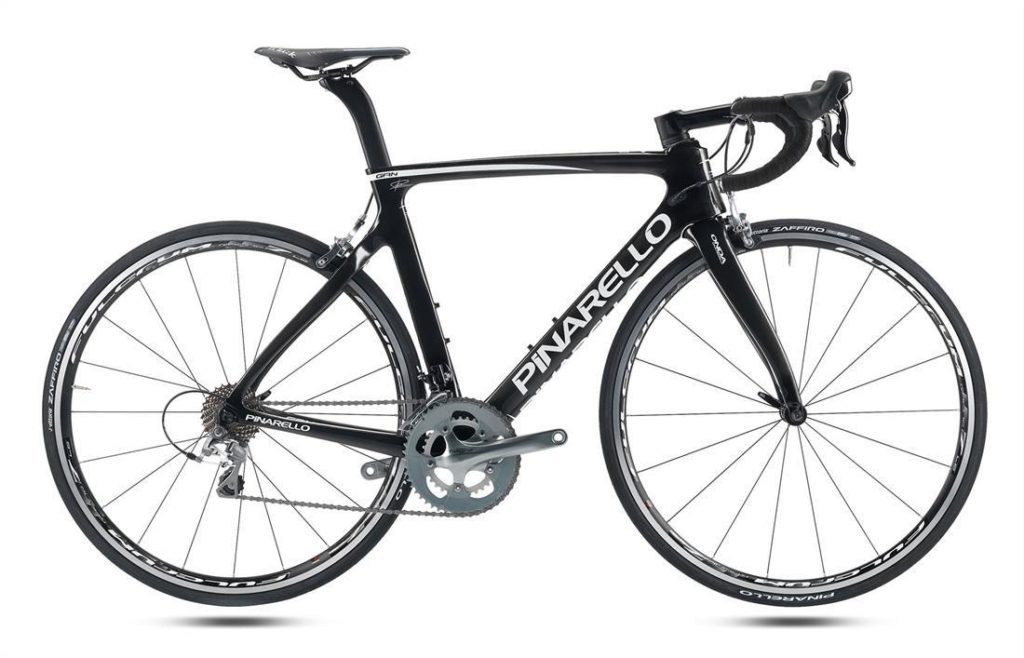 By the time I took the Pinarello Gan out on a 200-km ride, I had already done a quite bit of riding on it: up steep climbs, down winding descents, on fast group rides and rough gravel roads. But, a bike’s true personality comes out when you are riding long.

What was clear from shorter group rides was that the Gan was fast. It felt in its element when I was on the front taking a long pull, powering into headwinds or up steady gradients. It’s a bike that performs excellently in a variety of conditions and meets all the needs of a rider who doesn’t require a featherweight race machine, such as the Gan’s close relative, the Dogma F8. The Gan also looks fantastic, which never hurts.

After 200 km, the Gan was surprisingly comfortable. The frame isn’t ultra stiff, while the Most Panther saddle is well suited for long periods of time out on the road. The rear triangle is pretty rigid and on rough roads I got the sense it wasn’t absorbing the road as effectively as some other bikes I had ridden. But the Gan isn’t made for the bumpy stuff, so I’d say it was very agreeable after a long day in the saddle. It’s nicely in-between racey stiff, which isn’t for everyone, and too compliant, which just doesn’t feel right when you are trying to go fast. The frame was, after all, designed for speed.

RELATED: Ridley Fenix SL 40 review: The one bike to handle all your rides

The bike is made in the same mould as the Dogma F8, Pinarello’s WorldTour race bike. The Dogma F8 was introduced in mid-2014 and came out of a collaboration between Pinarello and Jaguar, which brought aerodynamic elements to the frame.

Prior to the F8, Pinarello’s frames could be identified by their distinctive Onda forks with wavy blades, as well as wavy seatstays at the back. The Dogma F8 used an asymmetric frame and a flat-back profile that performed better in the wind tunnel, but still preserved the company’s signature esthetics. The biggest differences between the Gan and the Dogma are the grades of carbon fibre and their layup. The Gan is heavier than its lightweight companion, in part because the material it is built with weighs more. Pinarello also had to use more T600 carbon fibre in order to maintain the bike’s stiffness.

The built-up bottom bracket and head tube, aggressive geometry and aerodynamic design are all preserved in the Gan making it look and act like a race bike. When you need to win the sprint for the signpost against your riding buddies, the Gan will react well to your burst of power. Climbing out of the saddle, I found the Gan responds well. When I continued to push on past the top, however, I felt the bike was at its best. The bike descends well, but in the corners it needs a racer’s touch.

If you roll up to the group ride on the Gan, expect to get a few long looks; the frame’s lines do attract considerable attention. Its components are Shimano’s rock-solid, mid-range 105 set. The 11-speed cogset (11–28 tooth) is matched to 52/36-tooth mid-compact crankset. The Shimano RS010 wheels are good for training and riding. They do, however, lack a bit of snappiness and feel a little sluggish when accelerating. If you really want to go fast on the Gan, a wheel upgrade would be a good change. With the Gan 105, you’re not going to win any weight-weenie competition. But the T600 carbon with 105 build does preserve the feel and esthetics of a top performing Italian bike. The style and performance of the frame is paired with a value-oriented build geared toward the everyday working cyclist.