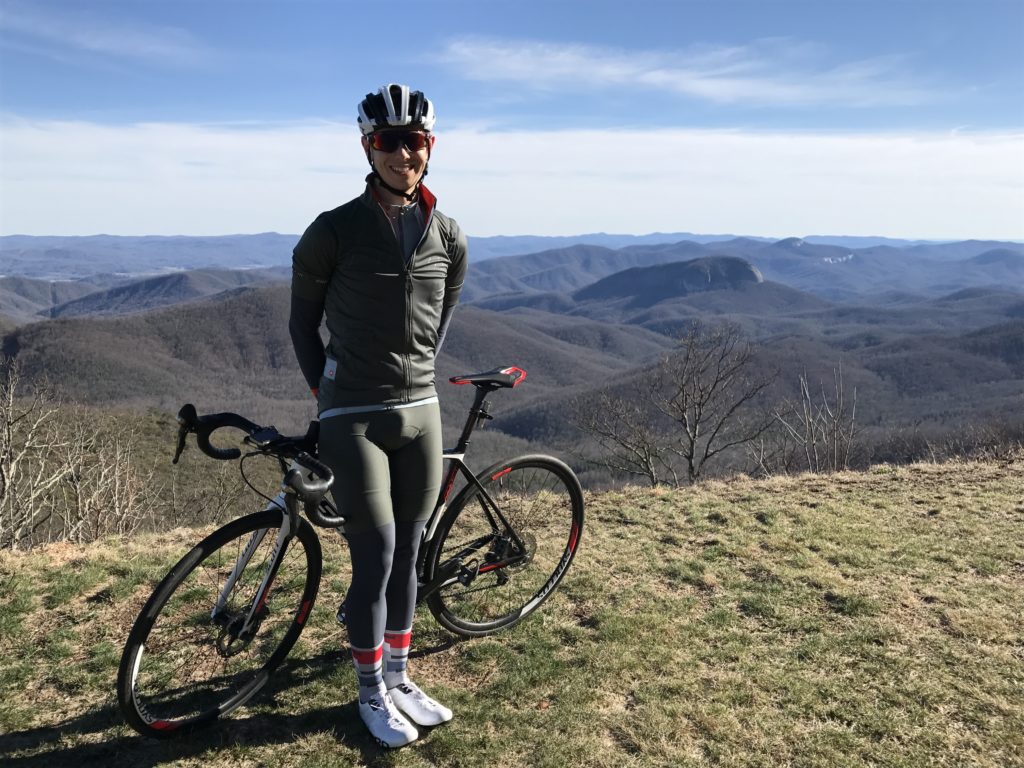 One of my most memorable cycling experiences was riding the Blue Ridge Parkway overlooking Transylvania County. It’s why I have returned to the Carolina’s for five years to ride and spend time with friends. My first experience was in 2013 while still a student that I traveled to the area with the McGill Cycling Team. I quickly fell in love with the Appalachian scenery and quiet roads, especially those up in the mountains. Returning in 2017, I was equipped with increased familiarity with the roads, ambitious rides planned and a group of friends who were trusting enough to follow me wherever I said I was taking them.

The loftiest of my ambitions was riding up to the Blue Ridge Parkway and along the top. From where we were staying, the trip would mean riding more than 200 km with a total elevation gain of almost 4,000 m. If you were to do this ride from the city of Brevard, you face a much less daunting 100-km ride. But that would have been too easy.

RELATED: Enter for a chance to win a cycling getaway to North Carolina’s cycling mecca, the Land of Waterfalls g

The Blue Ridge Parkway is a stretch of road that got me very excited the first time I discovered what it had to offer. It’s a 750-km road that runs along the Appalachian Mountains from Virginia to North Carolina, with scenic vistas, overlooks and beautiful tarmac. North Carolina’s Transylvania County is bordered on the north by a stretch of this parkway. 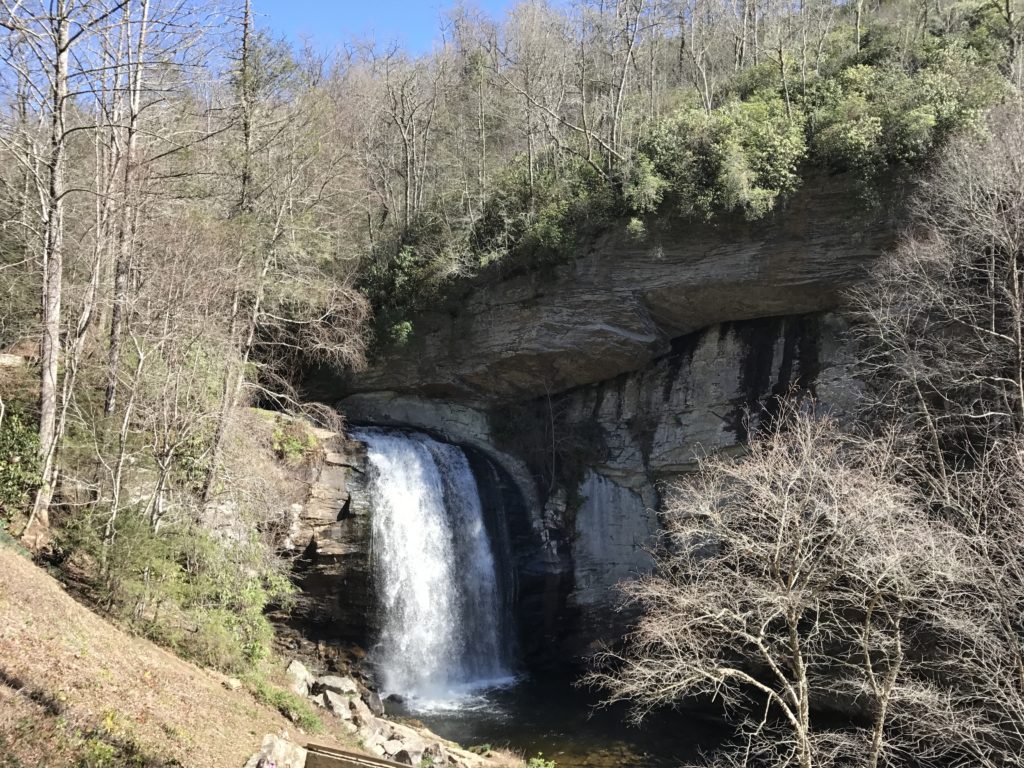 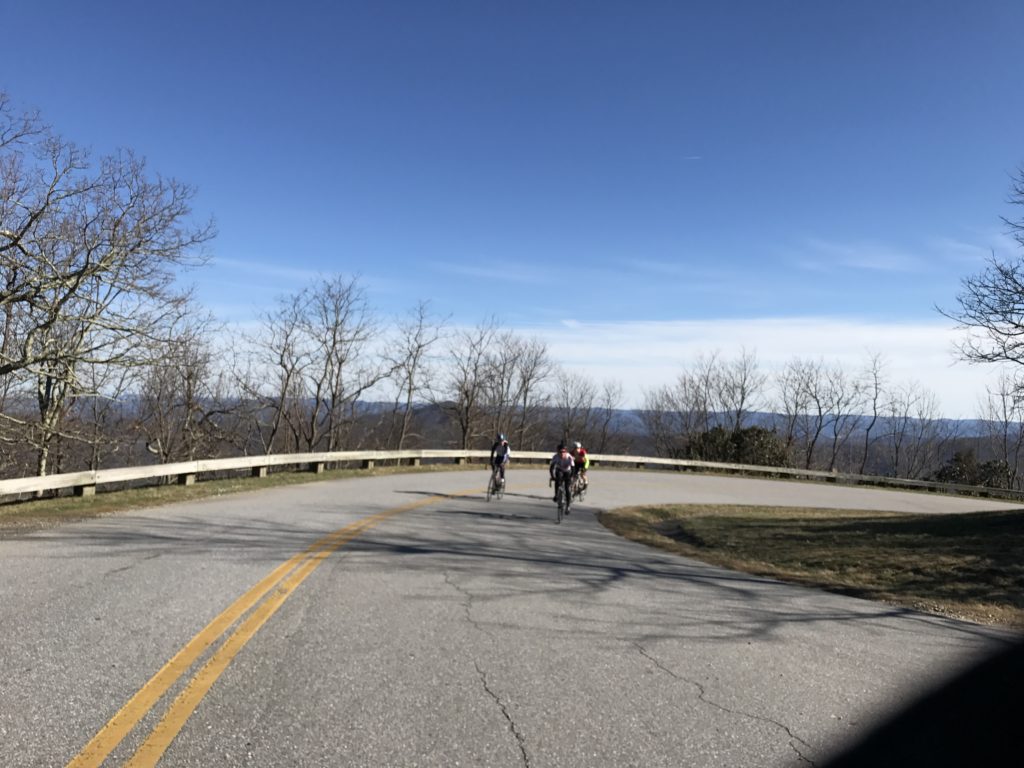 Where the US 276 meets the Blue Ridge 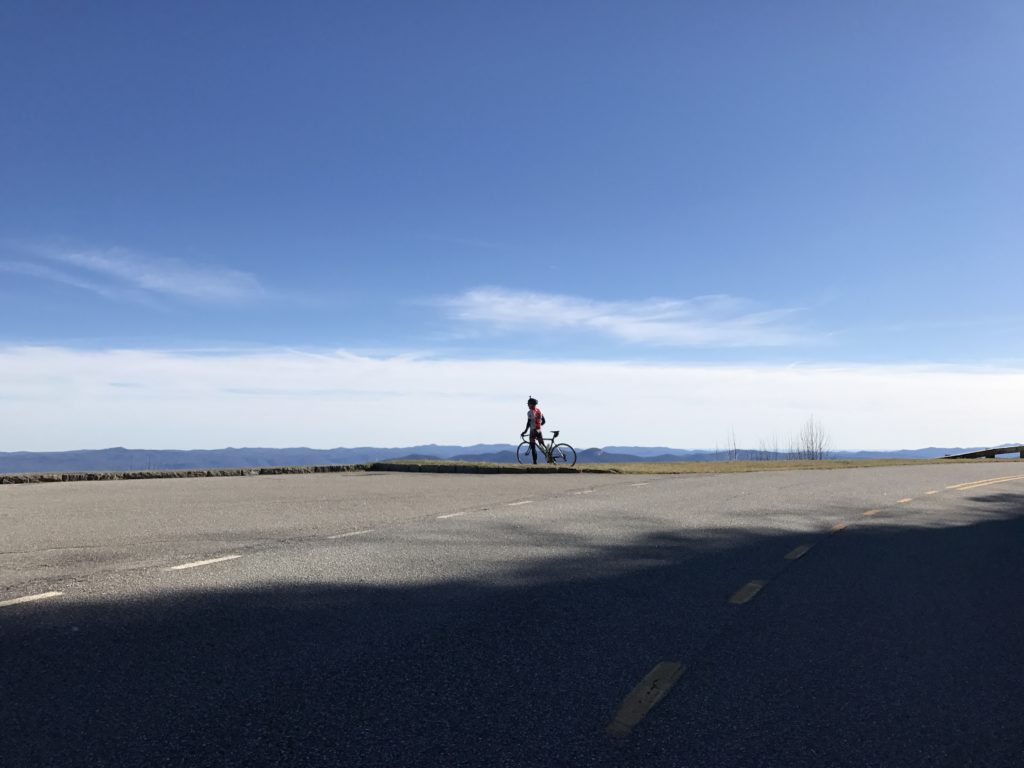 The view from Pounding Mill Overlook 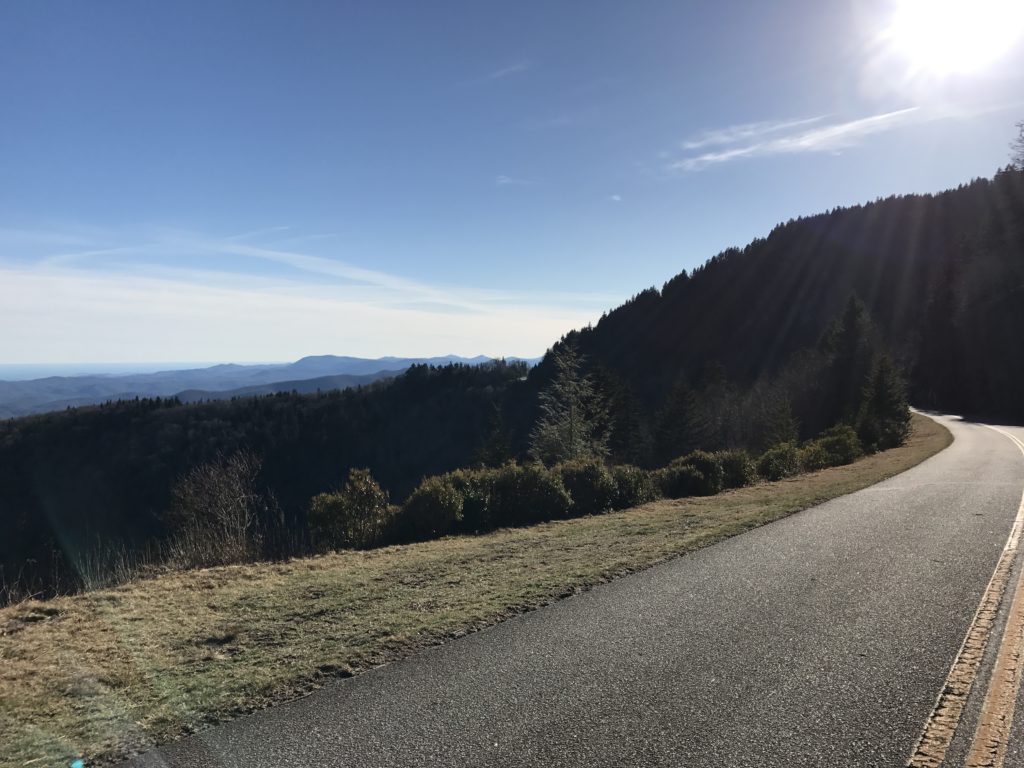 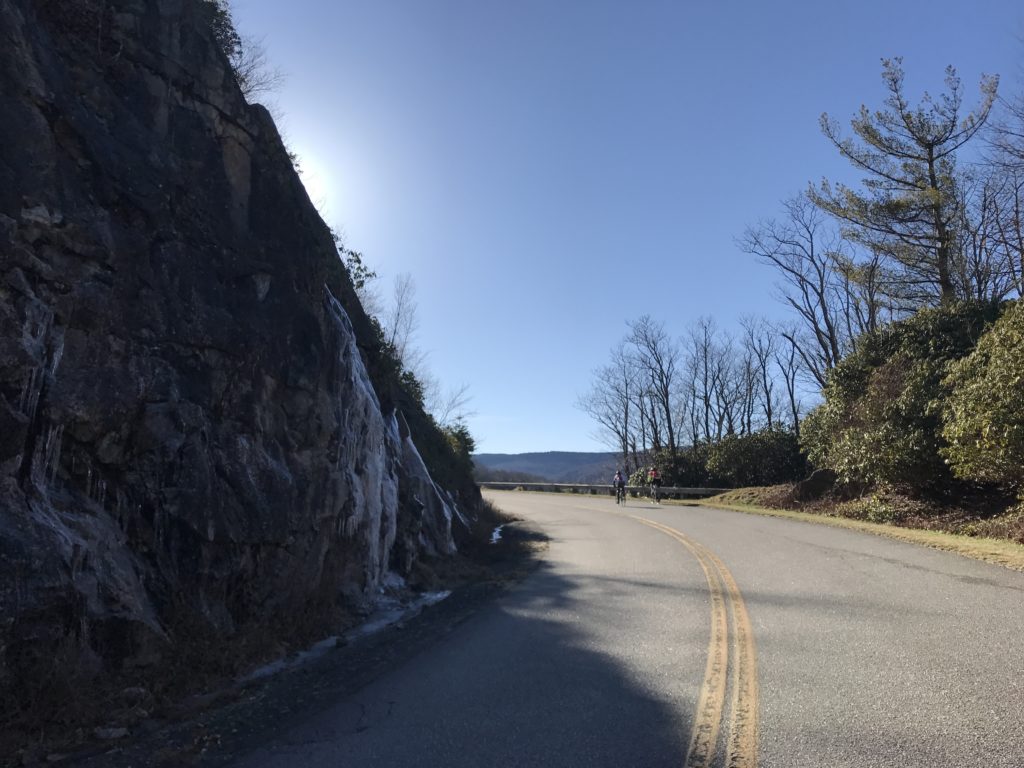 There was still ice on the cliffs at this elevation 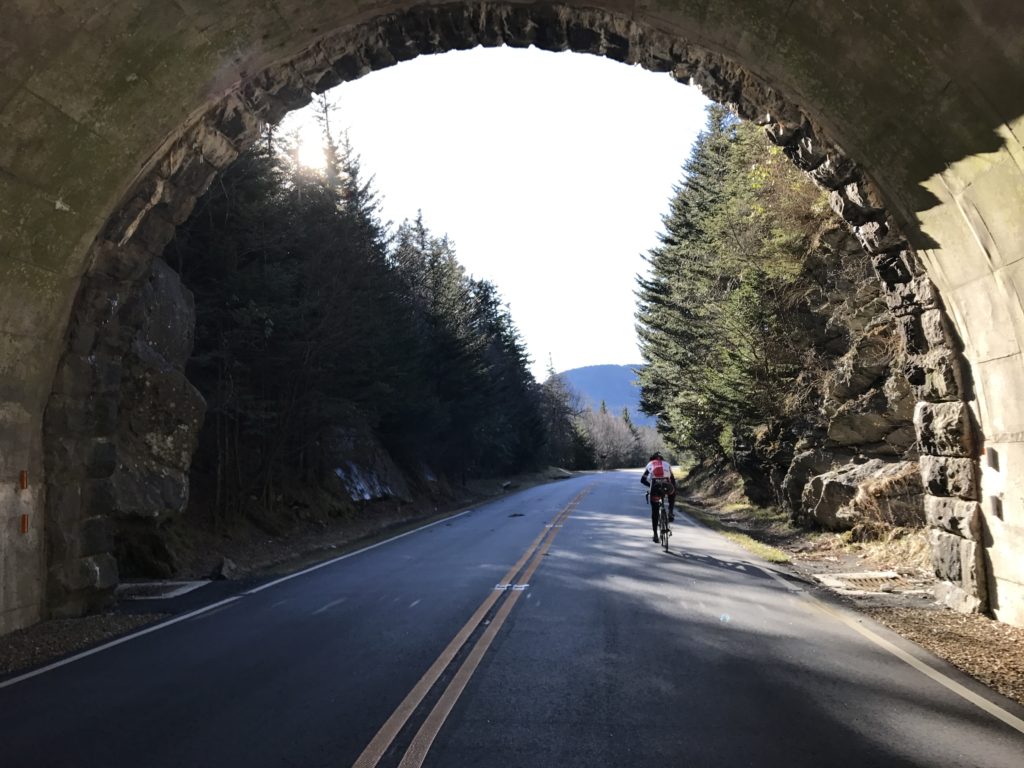 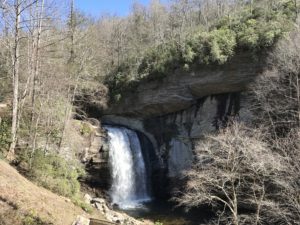 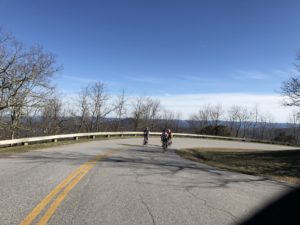 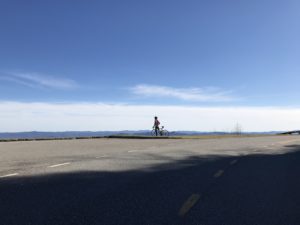 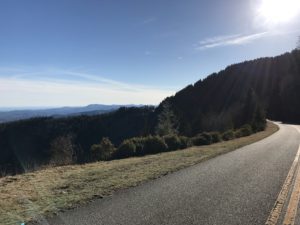 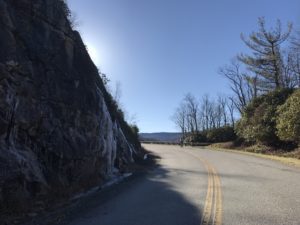 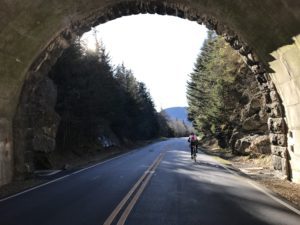 To get to the Blue Ridge, you need to climb. In previous years, I took the steeper route up the NC 215 from Rosman to the top. To ride the Parkway my group took the long, gradual climb up the US 276 from the town of Pisgah Forest. After a brief stop at The Hub bike shop where we refilled bottles and our pockets with riding fuel, we headed out toward the top. The beautiful winding road follows Looking Glass Creek before passing Looking Glass Falls, one of Transylvania County‘s many waterfalls. After the falls, the grade started to go up very gradually before kicking up in the last few kilometres. The 15-km ascent with its average grade of four per cent is forested. Once at the top we headed south-west along the Parkway.

A couple of kilometres down that road, one of my friends got a flat a few hundred metres from the Pounding Mill Overlook. The flat allowed us some time to soak in the sun, inhale a couple of energy bars and enjoy the view. The rest of the ride along the top was filled with breathtaking views as we set a leisurely pace.

We used the familiar NC 215 to take us back. The descent down to Balsam Grove is one of the most fun in the area with smooth hairpins and gorgeous views. 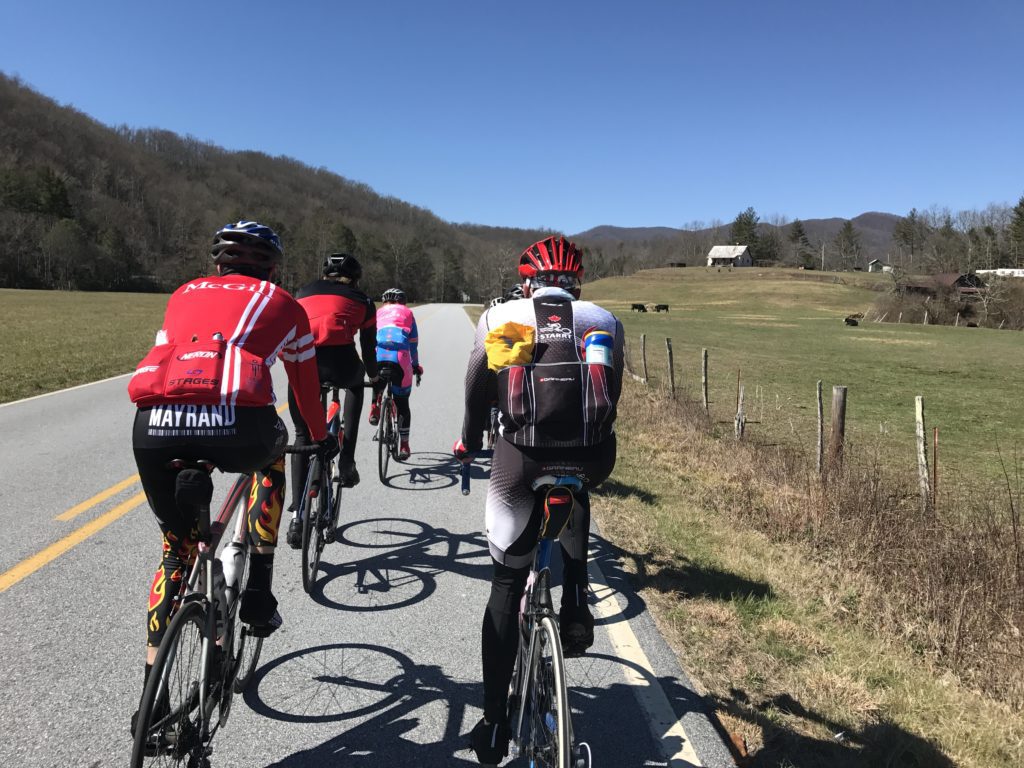 The roads around Balsam Grove 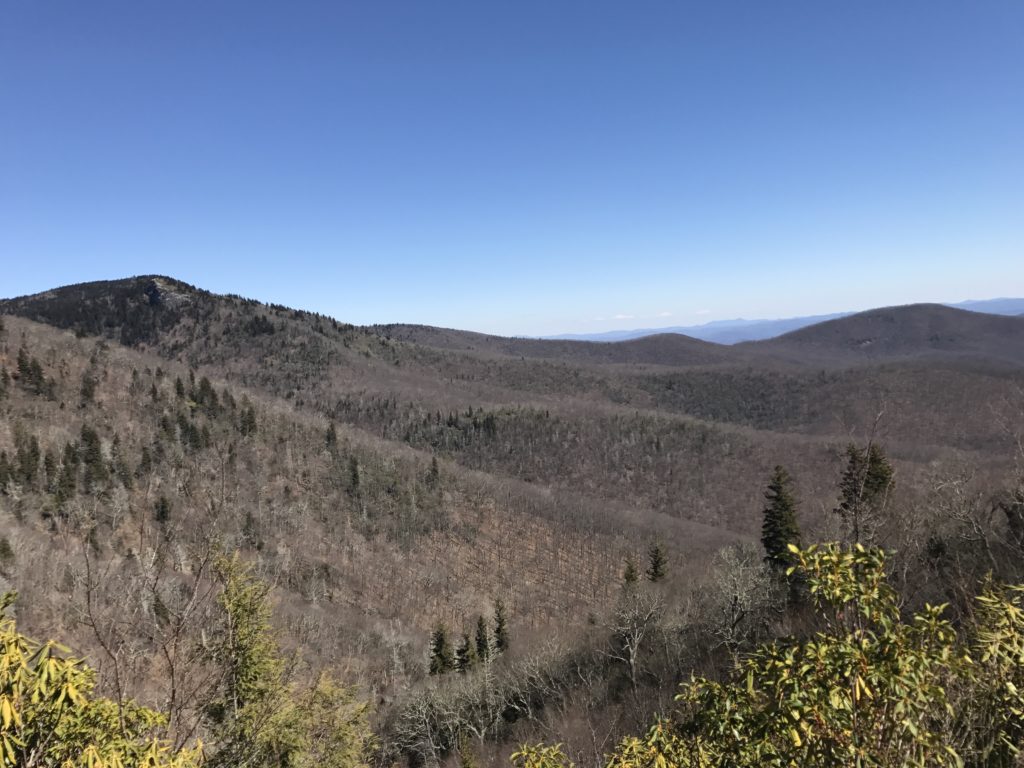 The view heading up NC 215 towards the Blue Ridge Parkway 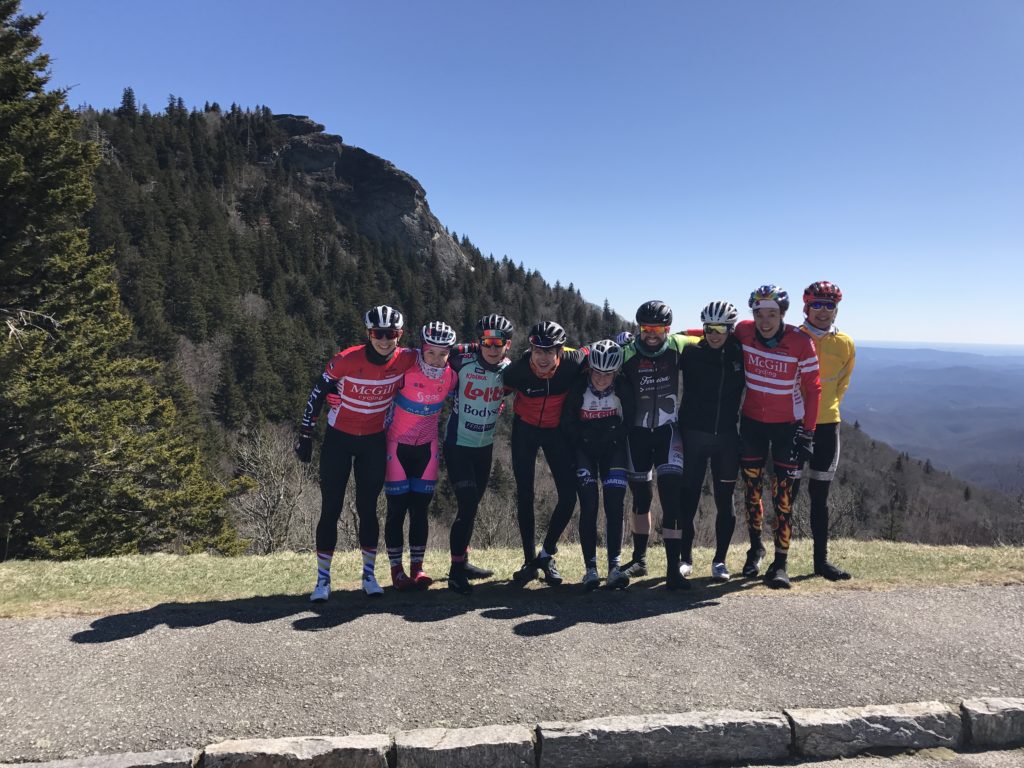 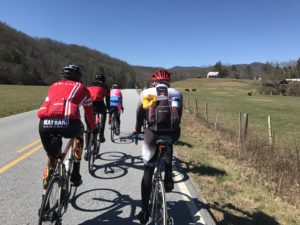 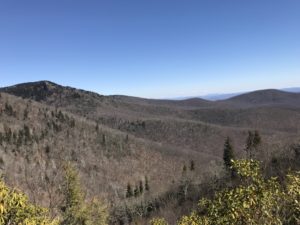 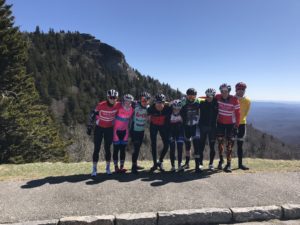 The next day, we headed back to the Parkway this time up the NC 215. It’s a 12-km ascent averaging six per cent. It’s a beautiful and challenging climb. Toward the top, the road exits the forested slopes so you can ride the final kilometres with beautiful views of the surrounding mountains. A second trip to the Parkway allowed us to return along the beautiful rolling Macedonia Church Road, and then past Lake Toxaway and the Whitewater Falls in the Nantahala National Forest. 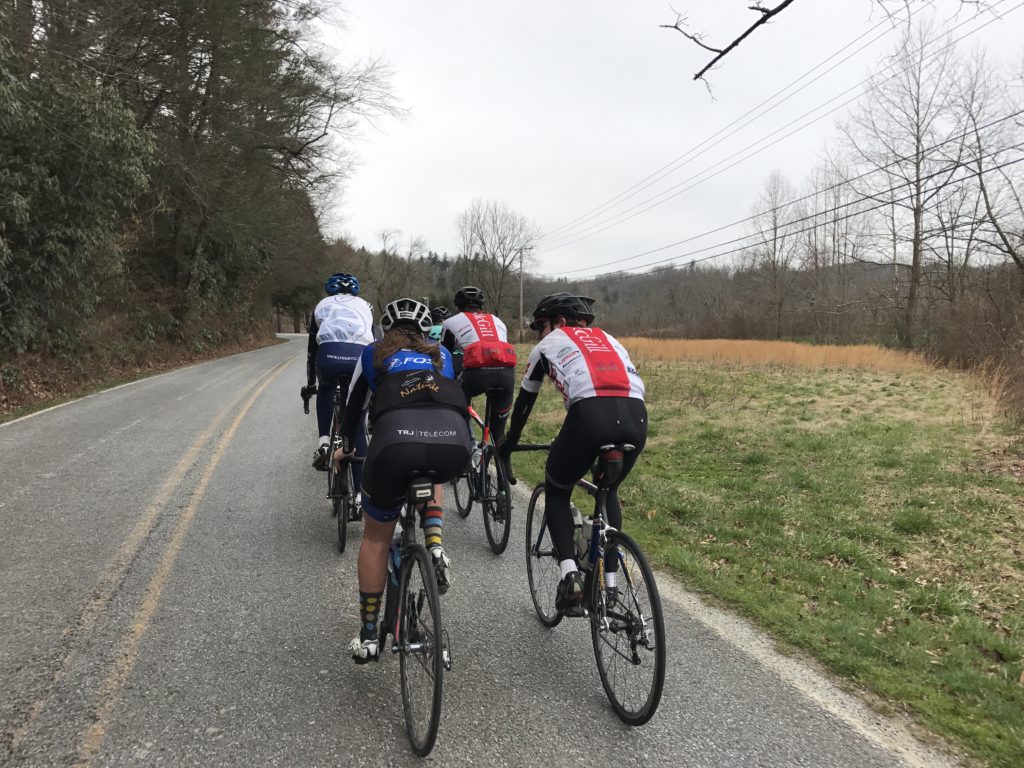 Rolling along somewhere between Rosman and Brevard 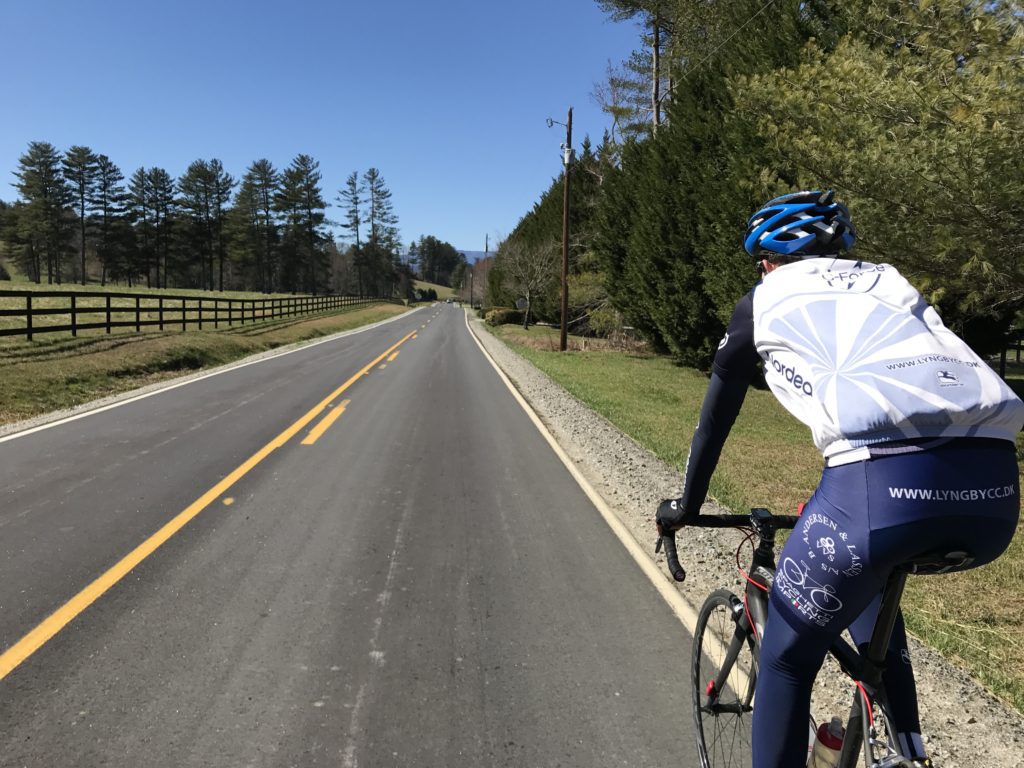 The beautiful roads around Pisgah Forest 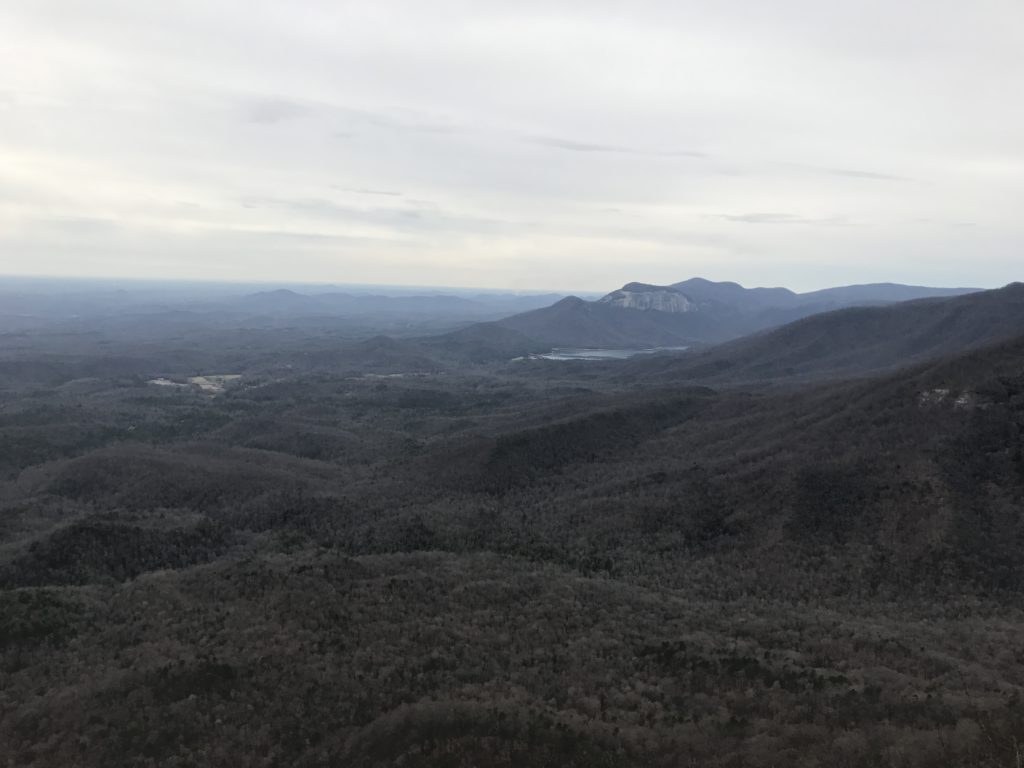 The view from the top of Caesars Head 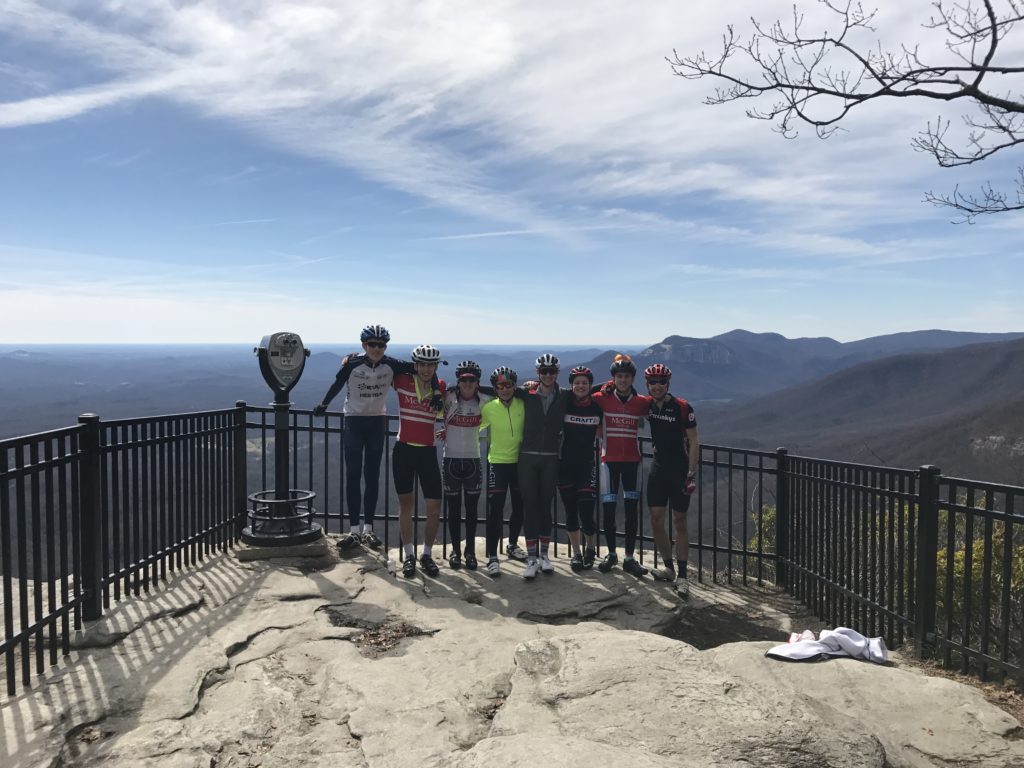 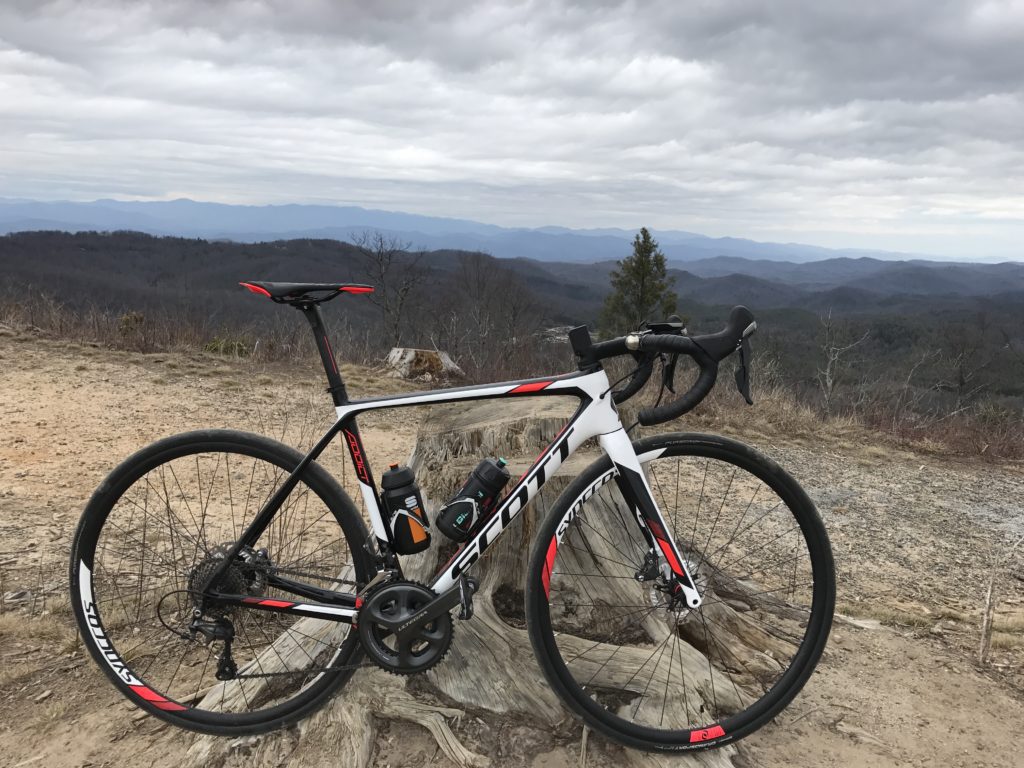 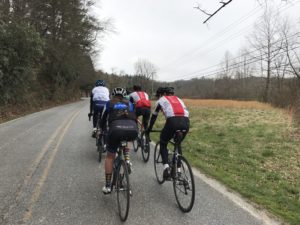 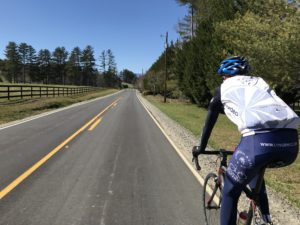 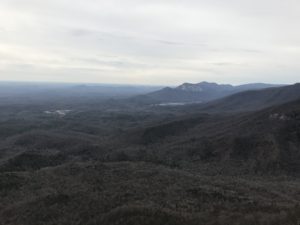 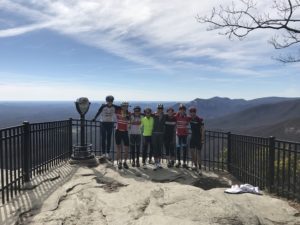 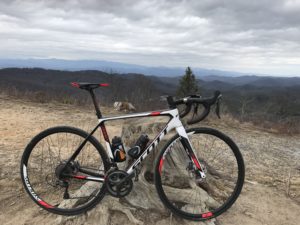 Other highlights from riding in Transylvania County were the roads through Dupont State Forest and around Pisgah Forest. The network of quiet roads between Rosman and Brevard are also fun to explore.

Just south of Transylvania County in South Carolina is a pair of challenging mountains that are perfect for riders looking for some big tests. Caesars Head is a 10-km climb that averages six per cent while Sassafras Mountain, the highest peak in South Carolina, may only average seven per cent over its seven kilometre length, but don’t let that fool you. It has sections that go well into the teens with pitches of 20 per cent.

RELATED: 3 must ride routes during your visit to North Carolina

Transylvania County is a cycling destination that offers the tranquility and scenery that makes it a joy to explore. While there are gravel adventures to be had, we decided to save them for the next trip. The singletrack of Dupont State Forest and the Pisgah National Forest will also have to wait until next time.