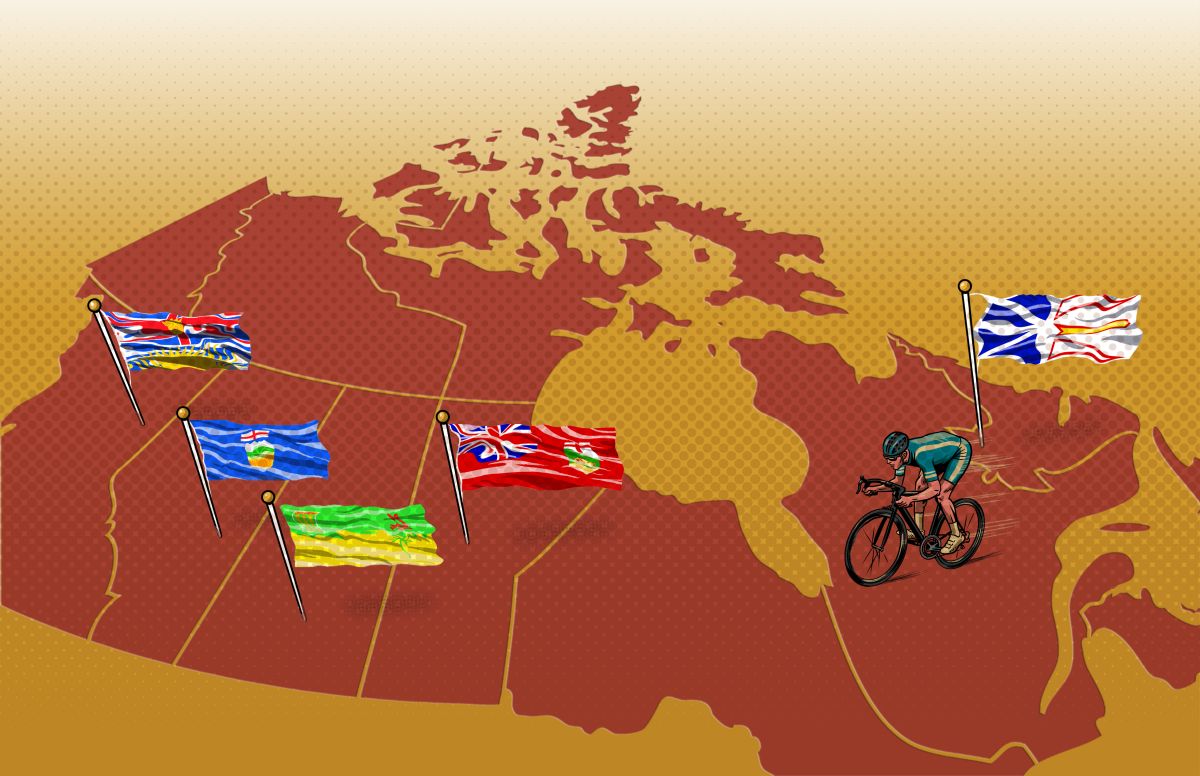 Just as some cyclists in Canada are “blessed” with leg-burning climbs, others have a more meteorological challenge: wind. In some ways, wind is a bigger test than a hill. A hill is always the same. The grade doesn’t change. You can see it coming. With the wind, you can’t. One minute it isn’t there, the next, it’s making you struggle. It can seem random and unfair. You know that if someone says the ride was uphill both ways, the rider is joking. But as for a headwind both out and back? We’ve all experienced that.

RELATED: The top 10 climbs in Canada for road cyclists

If you’re heading out into the headwind, the following regions are the country’s best for blustery bicycling. 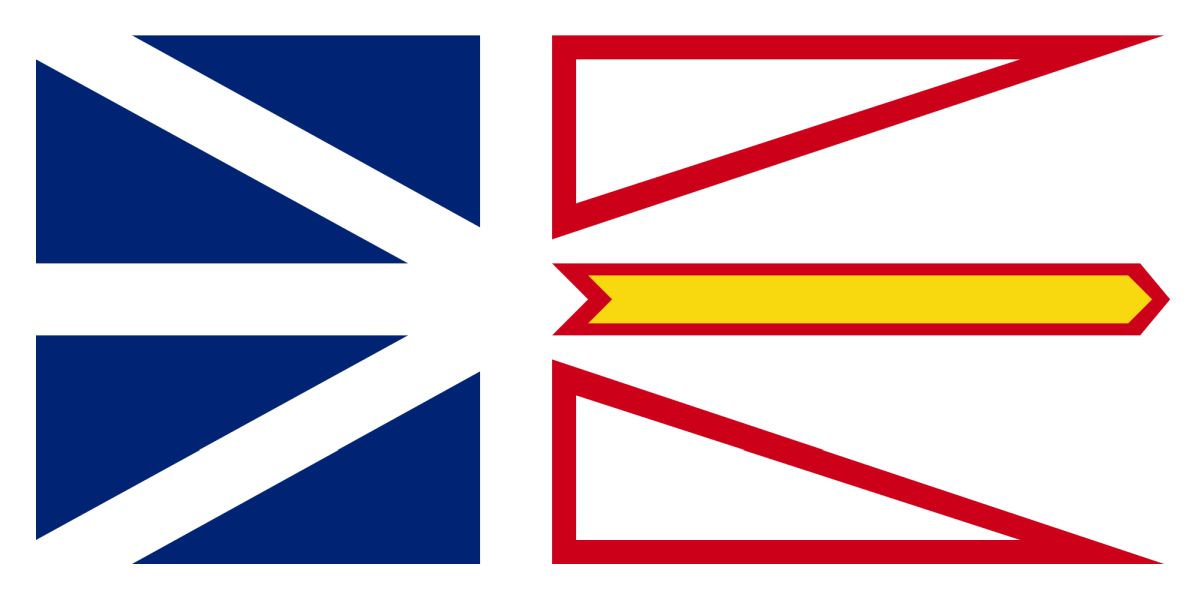 St. John’s tops the list of Canada’s windiest cities. With an average annual wind speed of 21.9 km/h, cyclists in the region are used to it. “The wind is constantly blowing,” said Kevin Flynn, president of Bicycle Newfoundland and Labrador. “Twenty-kilometre-per-hour winds make us say, ‘Gee this is great day for cycling!’”

Depending on the time of the year, cyclists in St. John’s are likely to experience different flavours of wind. “In the spring, you are battling cold northerly, northeasterly or easterly winds off the ocean,” said John French, former president of the provincial cycling association. “In the summer months, when you get a warm sunny day, it generally comes with a strong southwesterly or westerly wind.”

The record for the most powerful wind gust in St. John’s is an impressive 193 km/h, but French said it’s the ever-present movement of air that’s remarkable. “The winds are generally constant,” he said. “I would guess that most days you are dealing with sustained winds of around 30 km/h and there are always gusts in the range of 40–50 km/h.”

Since most of the areas around St. John’s are windy routes – many of the roads cyclists use are coastal and exposed to the elements – local riders hunting an even bigger challenge in the form of wind should head south. “The barrens on the Southern Shore are extremely difficult to ride in strong winds,” French said. “On a windy day, you can almost be brought to a stop in the gusts, and it requires a hard effort to cross the barrens.”

Riders in the province must be gluttons for punishment. “Each year, we do what we call the Trepassey Posse,” Flynn said. “We go from St. John’s to Trepassey, which is 150 km with about 50 km of it across the Cape Race barrens.” The early summer ride, which is capped at 30 to 35 riders – the most the community in Trepassey can handle – fills up with a waiting list. 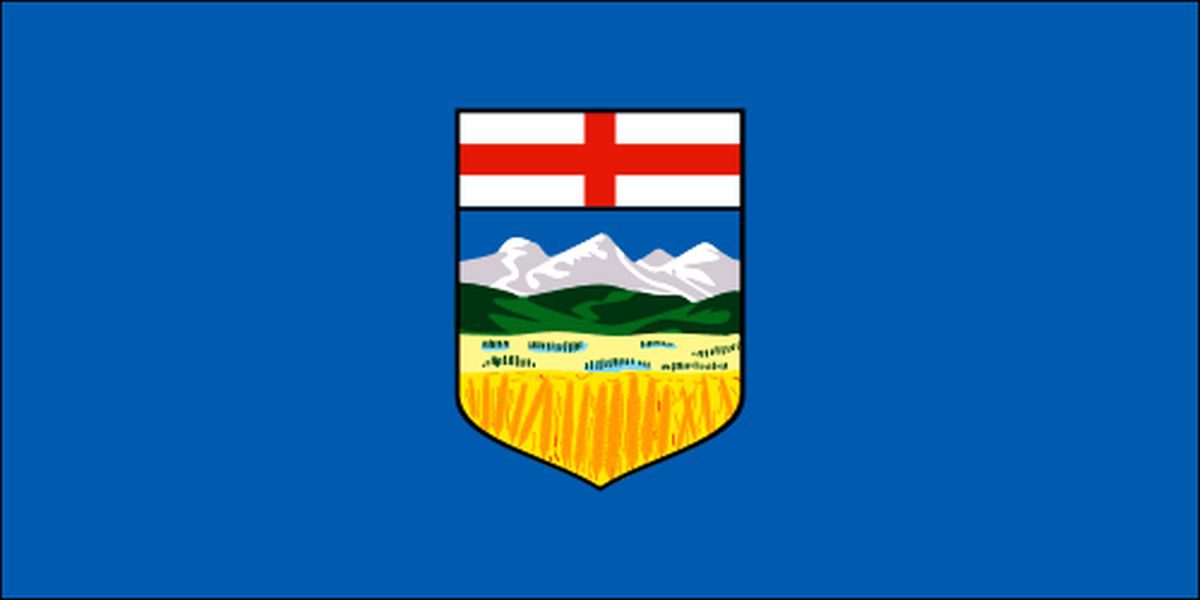 Lethbridge, Alta., has the honour of being home to the world’s largest wind gauge. According to Jason Kwasny, vice-president of the local Headwinds Cycling Club, the gauge is symbolic. “The gauge is just for show, but I would say that all of our rides have some component of wind connected to them,” he said. Still, in 2011, Environment Canada called the city Canada’s second windiest area, averaging 115 days with winds higher than 40 km/h each year. With average winds of 18.3 km/h and a record max gust of 171 km/h, the winds in Lethbridge tend to come from the west or southwest, largely due to its location on the prairie within blowing distance of Rocky Mountain chinooks.

Cyclists just don’t have anywhere to hide, said Kwasny. “On the Prairies, there are really no trees to escape the wind when it blows.” The club makes the most of it, switching between eastbound starts promising tough finishes into the wind and starts heading west and finishing with a tailwind. “Our club rides alternate weeks, so depending on how the legs feel early in the ride, it can be a long ride.” Kwasny said.

If you travel to the region, and really want to challenge yourself, head out and back to Monarch, heading north with a crosswind before veering straight west into the wind. Even with a bit of a push on the way home, the crosswind makes for a consistently breezy loop. 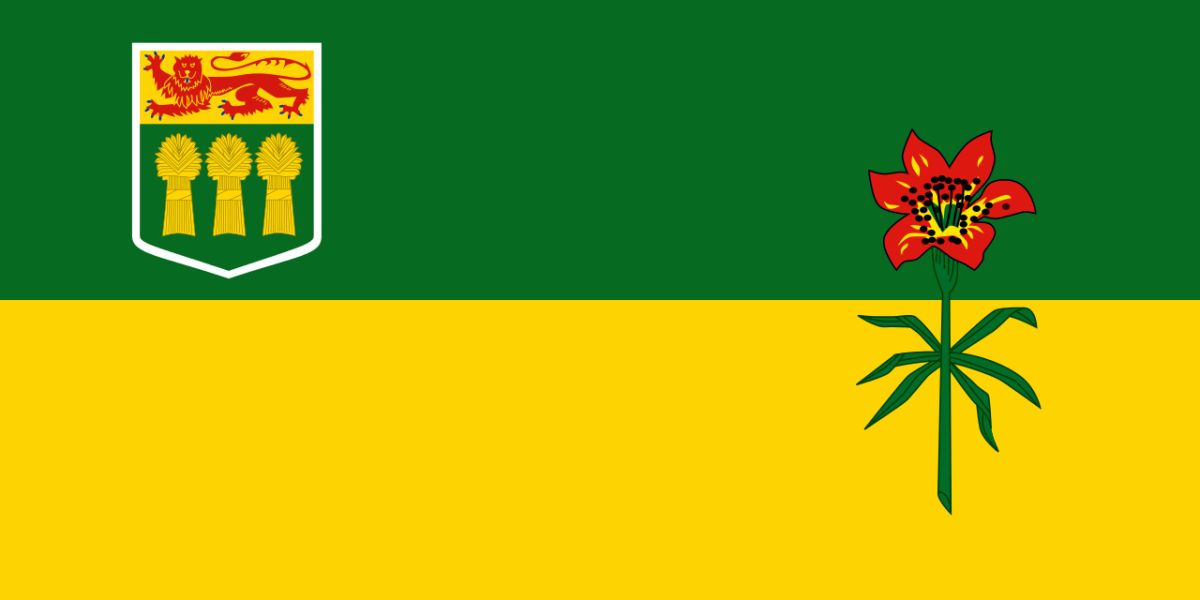 Most cyclists have their own idea of just how breezy it has to be before a ride can be described as “windy.” For riders in Regina, where the wind averages 18.4 km/h, that definition is probably skewed toward the gustier side.

“I personally think that anything less than 20 km/h is a ‘calm’ day,” said Tamela Friesen, tour co- ordinator for the city’s Wascana Freewheelers Bicycle Touring Club. “Forty-kilometres-per-hour is still worth the ride, but you think about starting into the wind and trying to get blown back home.”

Though most cyclists opt to ride out pushing into a headwind with the promise of a homeward tailwind, the Wascana Freewheelers have come up with an even better option – tours that members have dubbed “Gone with the Wind” rides. On these special tours, riders head out with the wind at their backs, knowing that there’s a shuttle for them and their bikes available at their downwind destination.

This year, the riders might not have had anything like the region’s record max gust of 153 km/h to push them, but Friesen said the club can get lucky. “It’s not uncommon for the GWTW ride to enjoy a 60 km/h-plus wind,” she said. “This year, I was middle-of-the-road for fitness and did 140 km in four hours of riding time.” 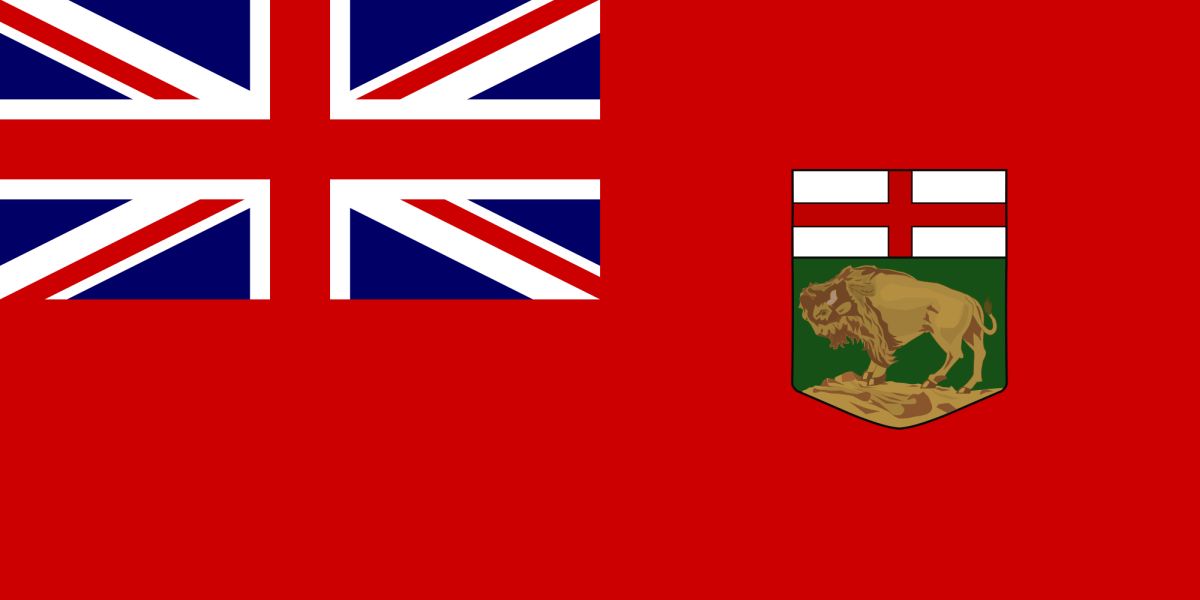 Cyclists in Winnipeg might not face steep mountain climbs or even rolling hills, but they are almost certain to encounter wind on every ride they go on. The Prairie city’s maximum record gust of 129 km/h is noteworthy, and local riders can’t ignore the city’s 17.1 km/h average winds. “Winnipeg is famous for its wind,” said Ian Hall, co-founder of Actif Epica, a local 130-km self-supported mountain bike and ultramarathon race that takes place in February. “Many of Manitoba’s top cyclists have benefited in their development from the wind as a substitute for hills.”

According to Emily Payne, who leads weekly road rides at MEC Winnipeg, the winds indeed have the impact of an incline. “I have experienced a 10–15 km/h difference in pace changing directions, just like riding up a hill,” she said. “As far as winds go, we call those ‘Prairie mountains.’” For their rides, which have a social vibe, group formation and route choice make all the difference. “If the winds are going to be high that evening, I opt for a more sheltered route,” Payne said. “A rotating peloton or echelon formation really does make a difference in energy expended on a ride.”

Those looking for a challenge can head west out of the city on the old Trans Canada Highway, north of the Assiniboine River on what Hall describes as a character-building ride. “Wide open, heat ripples across huge wheat fields and a grinding wind blows in your face on the way out,” he said. “The only thing that seems to keep a rider pushing forward is a need to outpace the horseflies that seem to be able to cheat the wind and bite you through your shorts.” 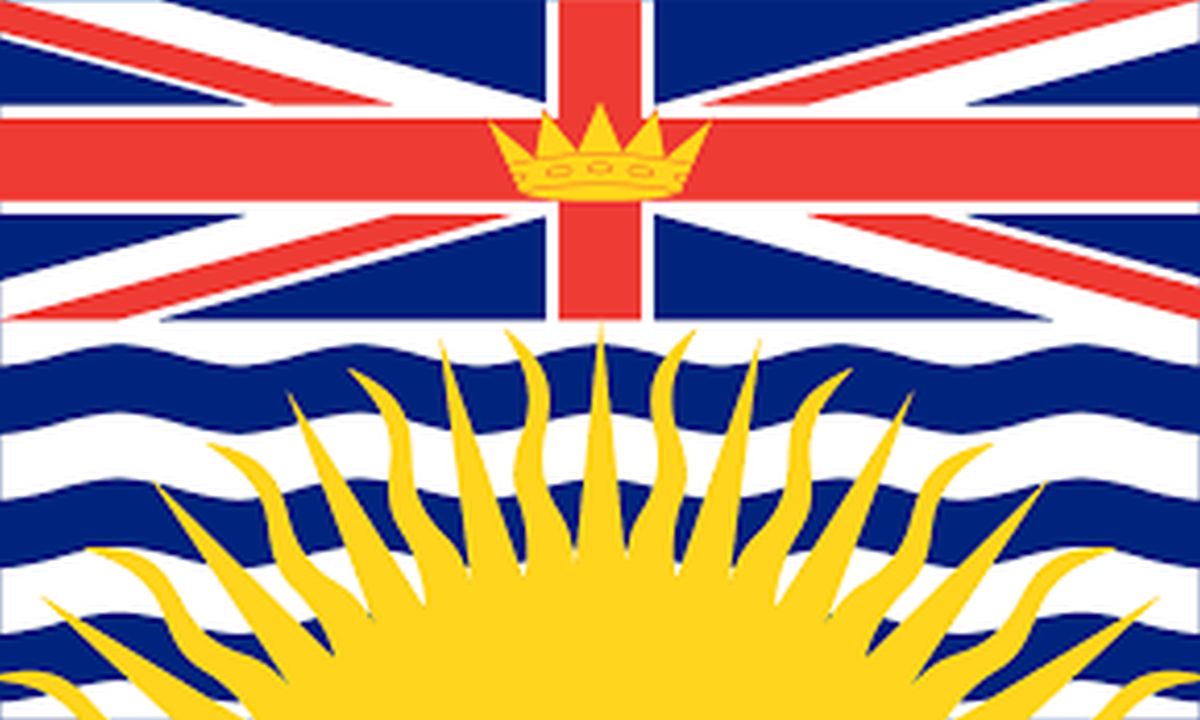 The thought of cycling in British Columbia might stir up images of beautiful coastal riding, but with the coast comes the promise of a sea breeze – ranging from refreshing to stiff. Near Vancouver, the water offers more than just a nice view. Even though the average winds of 12.2 km/h in the city don’t seem too bad, the popular option of heading south and riding a loop around Richmond, for instance, promises a wind off the ocean on one side and off the river on the other. Imagining a sea breeze gusting at 129 km/h – the recorded max in the city – is almost enough to send cyclists racing inland.

But those heading inland shouldn’t expect to escape the breeze, at least not according to Mike Woods, founder of Odlum Brown Cycling Club in Chilliwack, B.C. “It can get pretty bloody windy here,” he said. With summer winds generally blowing in from the coast and funnelling through the valley from the west, a southwest route toward Abbotsford along Parallel Road makes for a breezy ride with headwinds on the way out and tailwinds coming back. The average daily winds in Abbotsford are only 8.3 km/h, but they can escalate quickly – the city’s recorded maximum gust is 145 km/h. Environment Canada’s data for Chilliwack doesn’t include wind statistics, but Brown justified his stance. “It was so windy a couple years ago during the winter that a semi-truck blew over,” he said before asking rhetorically, “Is that ‘pretty bloody windy?’”