If you enjoy following some of Canada’s top cyclists as the train and race at home and abroad, look no further than this list of athletes to watch on Strava.

The social network for athletes provides the opportunity to see where and when some of the fastest cyclists from Canada ride. The app, available on mobile and desktop, is designed similarly to Instagram, Facebook and Twitter in that there is a feed to keep up with the activities of the athletes they follow. Users can keep tabs on their own training while also staying up to date on the activities of those they follow. There are also a number of privacy settings in the event that athletes want to keep certain details hidden from the prying eyes of competitors or the public.

Unfortunately, not all of Canada’s top cyclists are active Strava users but many are giving us a window into their racing and training regime. 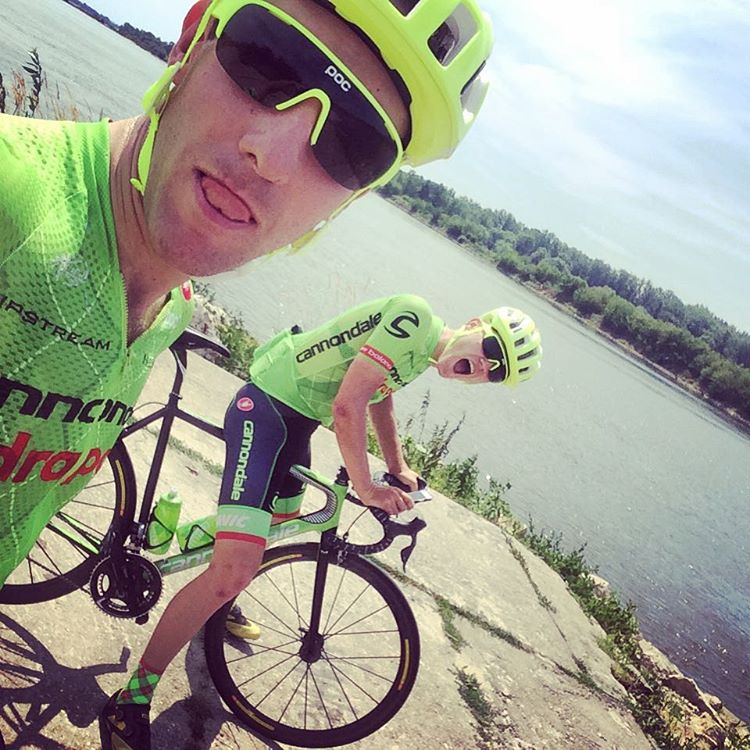 Michael Woods made the step up the WorldTour in 2016 and is in the midst of his second season with American team Cannondale-Drapac. The talented Canadian is an explosive climber and logs serious time on the bike to achieve the fitness required to be in contention when the road turns up. He also shares his races files often times including his heart rate and power data so you can see what it takes to keep up with the WorldTour peloton. On Stage 5 of the Volta a Catalunya, Woods averaged 403 watts for 25:23 on the stages final 8-km climb to finish 12th, 1:17 behind stage winner Alejandro Valverde.

Second-year European pro Gabrielle Pilote-Fortin is another very active Strava user. Often racing in support of top riders from her team like Ashleigh Moolman and Lotta Lepistö, Fortin logged big, consistent weeks of training over the winter based out of Girona. Follow Pilote-Fortin’s account as she builds off the momentum from her first season in Europe. 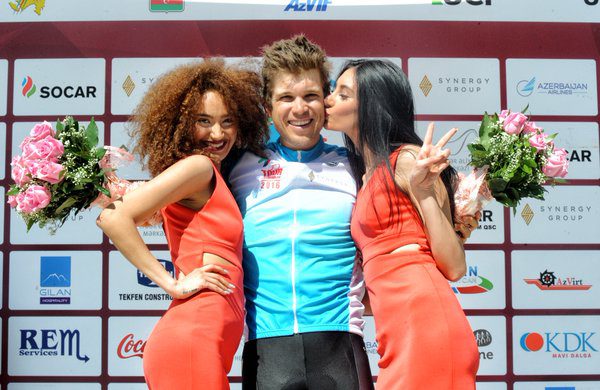 A seasoned veteran, Boivin’s Israel Cycling Academy team stepped up to Pro-Continental status for 2017 meaning he is frequently lining up in WorldTour races as he did when he rode for Cannondale in 2013 and 2014. Boivin often shares his heart rate, cadence and power from races on Strava. You can see his power from when he rode in the breakaway at 2017 Kuurne-Bruxelles-Kuurne. 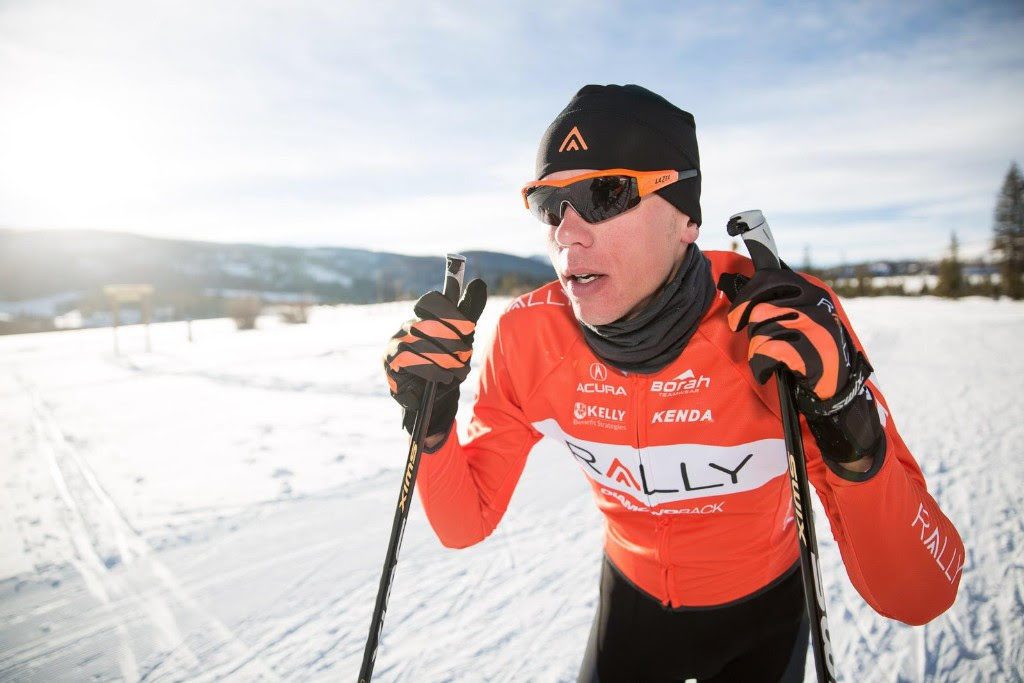 Dal-Cin might be one of Canada’s most prolific Strava users. All time he has logged 124,063-km on the platform. In 2015 he logged a staggering 34,596 km for the year on Strava. Dal-Cin changed livery from the orange of Silber Proc Cycling to that of Rally cycling for 2017 where he has already had the opportunity to line-up for races in Europe and will looking to buil on his impressive GC win at the 2016 Redlands Bicycle Classic. His Rally teammates Adam De Vos and Rob Britton are also active Strava users.

Sean Mackinnon, 21, spent 2016 on Canadian under-23 development squad Team Race-Clean. After stellar results, he joined Irish continental team An Post Chain Reaction for 2017 meaning if you follow the Hamilton native on Strava you will follow his largely European racing campaign. At the Handzame Classic, Mackinnon suffered a flat which required a hard chance back to the peloton during a critical time in the race. Needless to say, the effort to get back was immense and you can analyze it all on his Strava ride where he shared his power, heart rate and cadence.

Jamie Gilgen has been a steady presence on the Canadian cycling scene and as a powerful racer does fair bit of training that can be followed on Strava. She is also the co-founder of Rise Racing, a local cycling team based in southern Ontario.

Silber Pro Cycling has a wealth of talented young riders on their 2017 roster but one of their more established riders who will be looking to take the next step in his career in 2017 is Nigel Ellsay who came second overall at the 2016 Joe Martin Stage Race. Canadian time trial champion Ryan Roth, Nicholas Masbourian, and neo-pro’s Adam Roberge and Nickolas Zukowsky are other Silber riders worth keeping an eye on on Strava. Ellsay’s sister Gillian races for Colavita-Bianchi and can also be found on Strava. 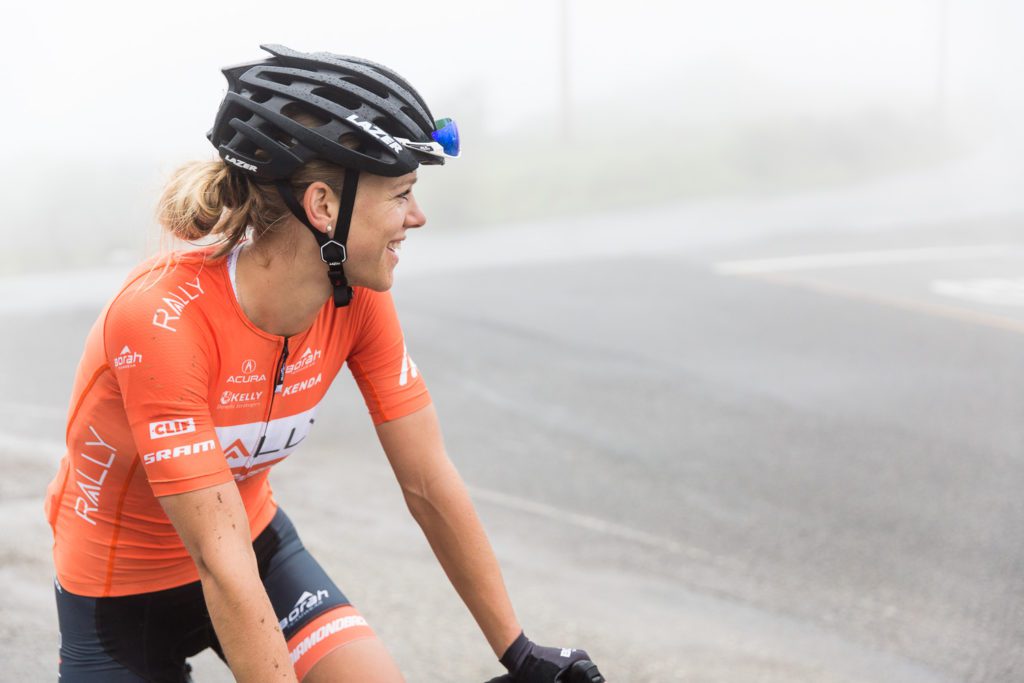 Olympic bronze medalist Lay doesn’t post all of her rides on Strava but you’ll often find her rides from races and training on the road posted. As one of the leaders of Rally Cycling for 2017, she is poised for a big season on the road ahead after taking 2016 to focus on the Olympics.

Kelowna, B.C. native Jordan Cheyne is entering his second season racing for Jelly Belly powered by Maxxis. His first season with the squad included a ride at the Amgen Tour of California.

Are you on Strava? Make sure to join Canadian Cycling‘s growing group of riders from across the country and the world. Did we miss including your favourite athlete? Comment below and we may add them to the list.