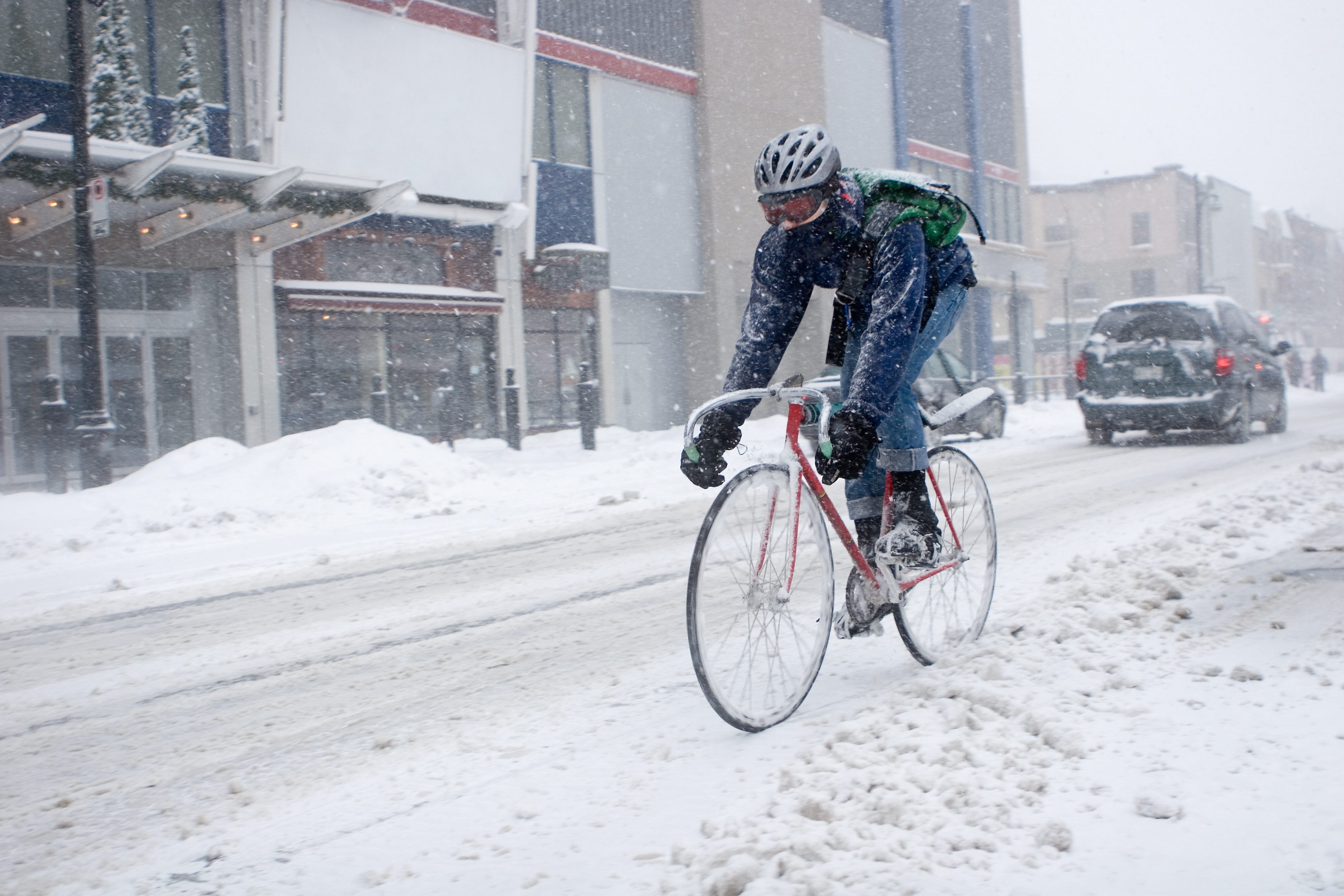 The percentage of cyclists who continue to ride during the winter in downtown Montreal has more than doubled since 2009 according to data collected by Éco-Compteur. Canada’s second largest city has seen an increase from six per cent to 13 per cent of summer cyclists who also ride during the winter as first reported by Le Devoir. That rise is partly due to the city’s increased efforts to clear important bike paths during the year’s snowy months.

Winter cycling appears to be infectious too. Once someone has committed to riding they were not deterred by extreme cold or snowstorms. During the year’s biggest snowstorm in 2017, 70 per cent of those already winter cycling rode while 65 per cent of winter cyclists did not choose another means of transportation on the year’s coldest day when the temperature dipped to -24 C.

The stats were collected by Éco-Compteur who were contracted by the city of Montreal to track winter cycling. The data was collected on four of downtown Montreal’s busiest bike paths. Trips on Berri, Parc, Rachel and de Maisonneuve increased 159 per cent from 2015 to 2017.

“As soon as the snow removal on the bike lanes improved, people continued to ride in the winter. Cyclists will ride, even in the most extreme conditions, when they have access to bike paths where they feel safe, ” explained Montreal’s Éco-Compteur office director Jean-François Rheault.

The city’s maintenance of the winter bike network has come under criticism. Users are complaining in 2018 about inadequate ice and snow removal on the city’s bike paths. “There was snow, rain, ice, and a cold snap. When it’s very cold, the deicers do not work. We cannot do magic,” said city councilor Marianne Giguère who is responsible for active transportation on the executive committee. “In these conditions, it’s a challenge to clear not only bike paths, but also the streets and sidewalks.”

Montreal mayor Valérie Plante is trying to bolster the finances for burrows so they can better clear the snow and ice from the bike paths. Snow sweepers are one method the city is experimenting with in pilot projects to better clear debris, ice and snow from paths.