Kevin Field is the head of performance strategy at Cycling Canada. In the August/September issue of Canadian Cycling Magazine, we wrote about feld in a piece titled, ‘The Moneyball of Canadian Cycling‘ because his behind the scenes work with data to help riders get the most out of themselves. Cycling Canada works with fewer resources than the road cycling powerhouses of the world. Out of the nations that competed at the 2018 UCI Road World Championships, Cycling Canada’s program has the smallest budget of the top 15 teams but still scored two bronze medals. This makes Field’s work with data to help develop the next generation of riders even more important. Here is a conversation that Canadian Cycling editor Matthew Pioro and Field had on the latest episode of the Cycling Magazine Podcast about what it takes for Canadian riders to make it to the WorldTour and his work with data. 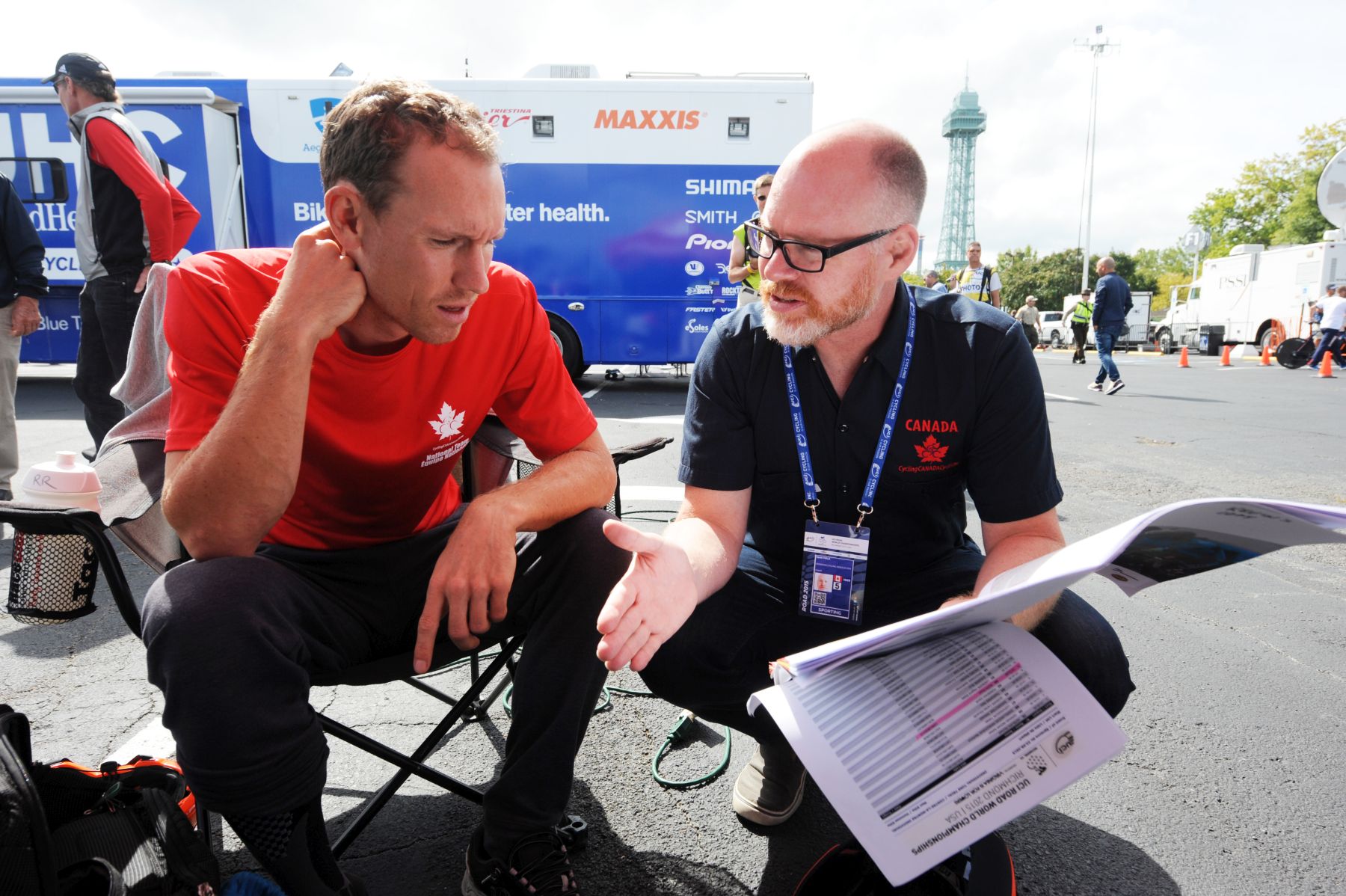 Matthew Pioro: In 2012, what cycling potential did you see in Michael Woods, who was at the time a runner with a busted foot who’d been riding a bike for maybe a year?

Kevin Field: That’s a really good question. I actually can’t remember exactly when Mike and I sat down and had that big conversation about what he needed to do and what it would look like. But in 2012, I had obviously heard about Mike from people in Ottawa about how awesome he was, and we’d met previously. In 2012, what really brought Mike to my attention was Svein Tuft. That year Svein and Mike had ridden together on the national team at the Tour de Beauce. I wasn’t even at Beauce that year. I was with Spidertech doing the Tour of Switzerland. Svein was very, very excited by how good Mike could be. We had a conversation after at nationals and he said that Mike is the real deal, we have to do something with this guy. That really made me start paying attention to Mike, that endorsement from Svein.

In the August/September issue of Canadian Cycling Magazine we call you the Mr. Moneyball of cycling in Canada and that evokes the Michael Lewis book about Billy Beane who did a lot with data and not a lot of money, but this is a very classic word of mouth reference.

That’s where the article and reality get jumbled up. It’s true I do an enormous amount of data crunching but at that time Mike wasn’t even racing yet at a level where the data was coming through. So then with Mike, Svein said, “Hey this guy is potentially awesome.” Then I had that chat with Mike and we started doing things and the data started coming in. As soon as he started racing more at a UCI level, it happened really fast but that catalyst for me to get excited about Mike was that conversation with Svein.

Why did you advice Mike to get 100 UCI points to build his career? Why not tell him to win a North American stage race?

That’s the Moneyball stuff. Basically, if you go back and run all the statistics. Who are the guys who are going pro and what does it actually take? So I go back and tell the guys you need to do three things. You need to have an outstanding performance. A really big result that will make people go “WOW” and force people to take notice. That could be winning a stage in Utah or winning a stage in California. Doing something big in a big game but one big performance isn’t enough. You need to show there is a consistency behind it. That’s why I say score 100 UCI points. You have to show you can function consistently in UCI level racing. And the last thing you need is connections. Nobody goes to the WorldTour without some kind of person advocating for them, a trusted person that can talk to a team director or team manager and say, “Yeah, that is what is really going on with this guy.” So those are the three things and the thing is the number is different. If you are a European kid that number is double, 220 points but the pathway for North American’s is you can really stand out with 100 points but it increases the older you get. You have to do it really young.

Where did those figures come from?

Basically every year I look at all the young guys going pro and I just build a list of 20, 30, 40 guys. In that list I look at their podium rate, their top-10 rate, number of race days, number of points they are getting and you average that stuff up.

Do you keep these numbers on spreadsheets or have you built your own relational database?

I wish I had built a relational database, that is kinda an ongoing project. I am actually working to do something very much like that and I won’t say too much about it but right now it’s just a spreadsheet cause it’s very basic data. It’s easy to just put it in every year.

Baseball has sabermetrics which are very advanced statistics. Have you developed or are you in the midst of developing cycling’s sabermetrics?

You could say that. Cycling statistics aren’t nearly as complex as baseball statistics so the math is actually pretty simple and pretty easy but there are definitely other statistics that I look at and things I try to compile. I am always bulding new ones where I am seeing if we look at the data this way, will it tell us something different?

You’ve been directing teams for nearly 20 years. When did you start looking at numbers and what were those first numbers you started looking at?

I started really looking at the numbers in 2004, 2003 maybe when I found the website cqranking.com which was a super comprehensive website and data base with all the UCI results. That website was created in the Netherlands. The UCI changes it points all the time so there wasn’t consistency in the longitudinal data for riders performing in UCI races and the race classifications were changing so they created CQ Ranking to feed betting systems in the Netherlands but it became a robust data set of road results. I would use it all the time to understand things I needed to know like competitor analysis. Going into a race somewhere and you don’t know the riders personally, I would research and figure out who the best guys in the race were. I was really using it a lot in the Symmetrics days. Smartphones were starting to get better and you could do some stuff in the car. Kevin Cunningham was awesome. He could do real time research as the breakaway was forming. Kev could do really quick research and understand their capabilities in real-time.

Listen to the full podcast: The Moneyball of Canadian cycling and road cycling world championships preview