Raven is a 13-year-old retired trail dog. She lives a stone’s throw from the Ring Creek Trailhead in Squamish, BC, where she enjoys lying in her driveway, watching other dogs (and cyclists) head out to take on the trails she knows so well. A Dog’s Tale is a new Shimano Original Film, which speculates about what she might be thinking and brings viewers through Raven’s life and experiences as a trail dog.

The story, told from the perspective of Raven, moves from her memories in BC, to Utah, South Africa, and back to Canada again. The narration describes the feeling of running along the trails in a way similar to the experience of riding them. Full of slow motion shots of dogs elegantly jumping and sprinting along, A Dog’s Tale embraces the close connection many have with their four-legged riding companions.

Raven, who belongs to Darren McCoullough, one of the founders and director of production at Anthill Films, also talks about the process of trail building. Many of her friends are featured in the short film, and some younger dogs who have “endless energy,” and are “impatient and always excited.” 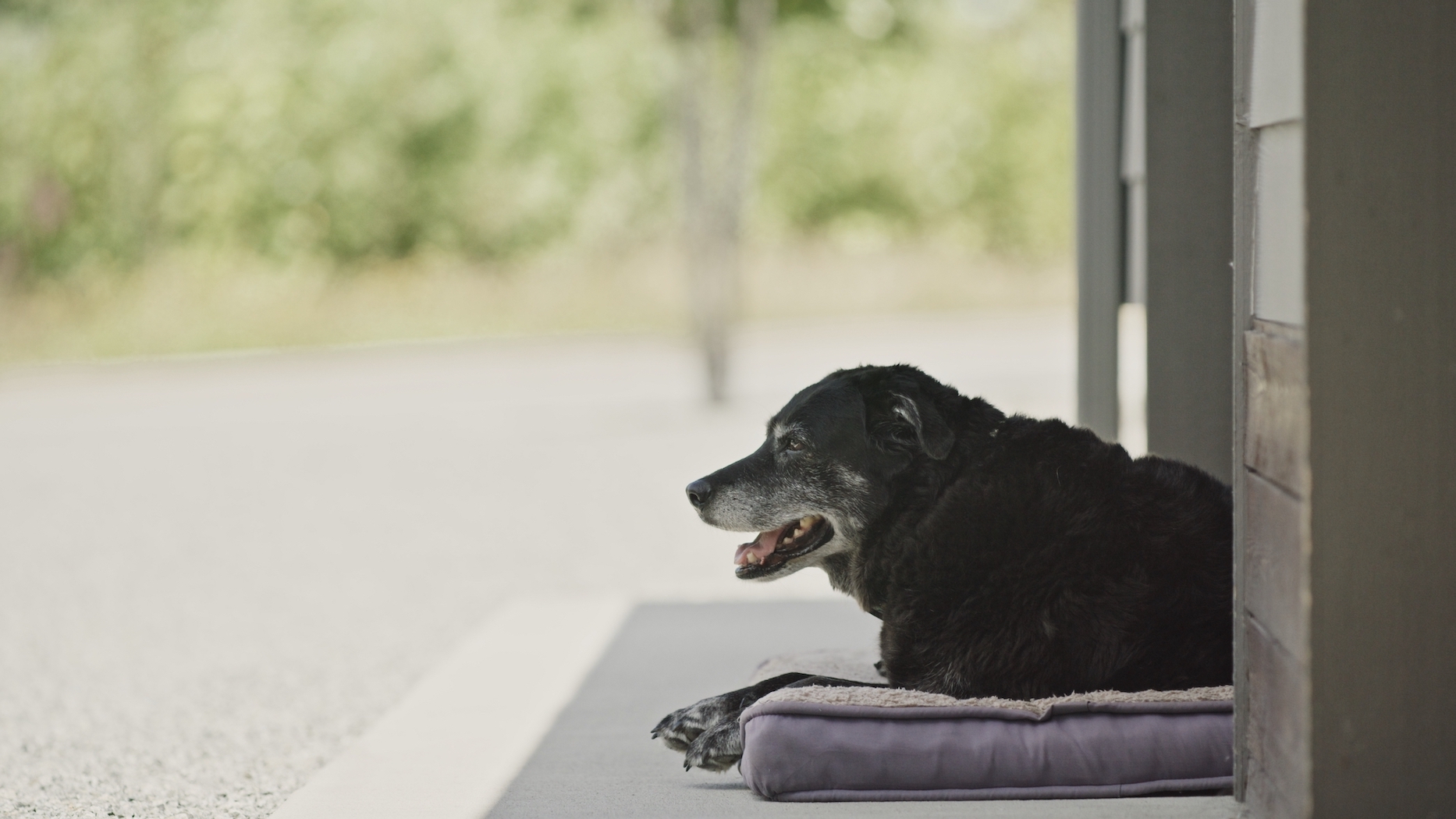 RELATED: How to train a trail dog

“Stop and consider this feeling the next time you see a pooch gazing fondly at you as you ride by,” suggests Shimano. “Let your mind wander a little and get a little closer to what’s behind those happy eyes. Because there’s always more to the moment than just a dog in a driveway, watching the world roll on by.”

Raven and her friends are in good company on the BC trails. Many of the trail dogs can even keep up with pro cyclists, check out some of these Canadian pro riders and their pets.