Now, you’ve probably heard of the Dirty Kanza – a gravel race hosted in the Flint Hills region of Kansas, with distances ranging from 25 to 350 miles. Since its inception in 2006, it’s grown in popularity with the rise of all things gravel and even attracted some WorldTour pros this year.

But have you heard of the GBDuro?

It’s a 2,000-km bike packing race in which riders are self-supported as they navigate the convoluted and indirect GB Divide route north across the U.K. on pavement, gravel and trails. The event is divided into four brutal stages.

Riders climb nearly 30,000 m over the course of an intended maximum of 10 days.

Morton of EF Education First Pro Cycling, a distinct character in the cycling world known for his series, ‘Thereabouts’, travelled from the Land Down Under to ride the GBDuro. He finished fourth in the 200 mile Dirty Kanza event a month prior.

“This is the only time in my life I’ve been so sure I’m about to go and hit rock-bottom somewhere, and it’s weirdly exciting,” Lachlan stated before the race started. And he does, as we see in the video.

Rapha’s short documentary-style film is surprisingly intimate, as viewers can follow along while Lachlan experiences the highs and “rock-bottom” lows of this epic ride. Clips of Lachlan’s wife, Rachel Peck, watching his GPS dot at 4 a.m. from home and crying upon his completion of the ride are a testament to who else is on this journey with Lachlan. He may be carrying his gear and taking care of himself during the race, but it’s quickly obvious that he’s not self-supported. 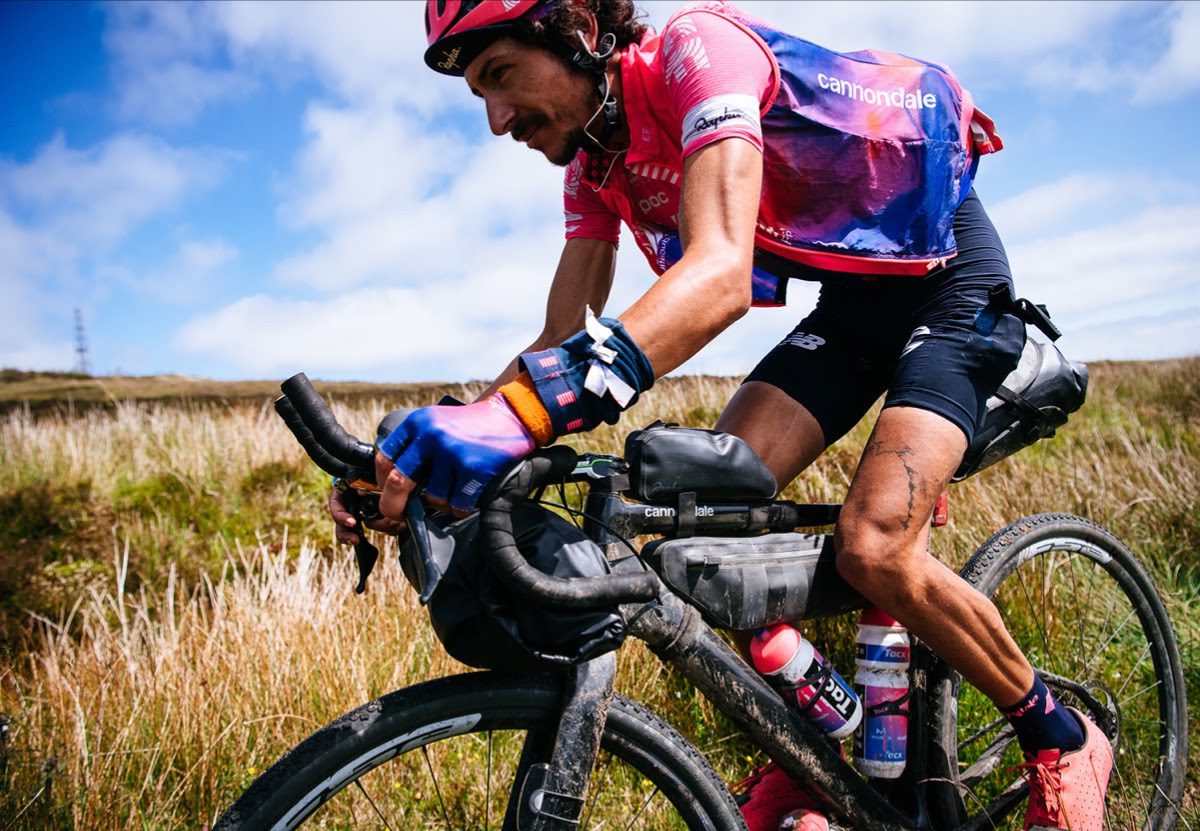 Other dot-watchers who show up on random sections of road to cheer him on or ride next to him for a while always seem to appear at the right time, to give Lachlan that extra bit of support.

The struggles are constant for the seven days it takes Lachlan to complete the course. He rides 111 hours and 44 minutes during the week. It’s not easy riding either. It’s brutal.

In my opinion, Lachlan is the perfect rider for this. He loves riding, and rides more than most pros, as Michael Woods confirms. But his rides aren’t obsessive. He just likes riding. And he does it because he wants to. Education First Pro Cycling is supportive of this, and this year their race calendar includes alternative races, which are becoming increasingly popular. Races like this allow for varied personalities to shine in riders and acknowledge the vast, changing world of bike racing.

For an inspiring, intimate and honest film, watch Lachlan’s beautiful (and I mean stunning) journey across Great Britain.