Like it’s been all season, Mathieu van der Poel showed why he is hands down the best rider in men’s elite cyclocross on Sunday taking his second career rainbow jersey in Bogense. The young Dutchman won the race convincingly ahead of three-time world champion Wout van Aert of Belgium. The moment the race was won looked innocent enough but it proved decisive.

On a long off-chamber section that was ridable during the men’s race, van der Poel had perfected his line and technique. Passing van Aert moments before it and laying down the pressure, van der Poel forced van Aert into a mistake that proved to be the race-winning move on a course that was otherwise hard to get separation on.

Van der Poel had launched a devastating attack 15 minutes into the race. His teammate Lars van der Haar let a little gap open up forcing the Belgians to try and respond. It looked like this could be the race-winning moment but van Aert dug extremely deep to come back to van der Poel. The two looked even on most of the course but there was one section van der Poel found he had a real advantage on.

The off-camber section required a little manoeuvre to get off of which van der Poel had perfected. After van Aert came back, van der Poel bided his time until the run-in to the section about 26 minutes into the race. Van der Poel surged past van Aert and onto the off-chamber putting down some serious power. 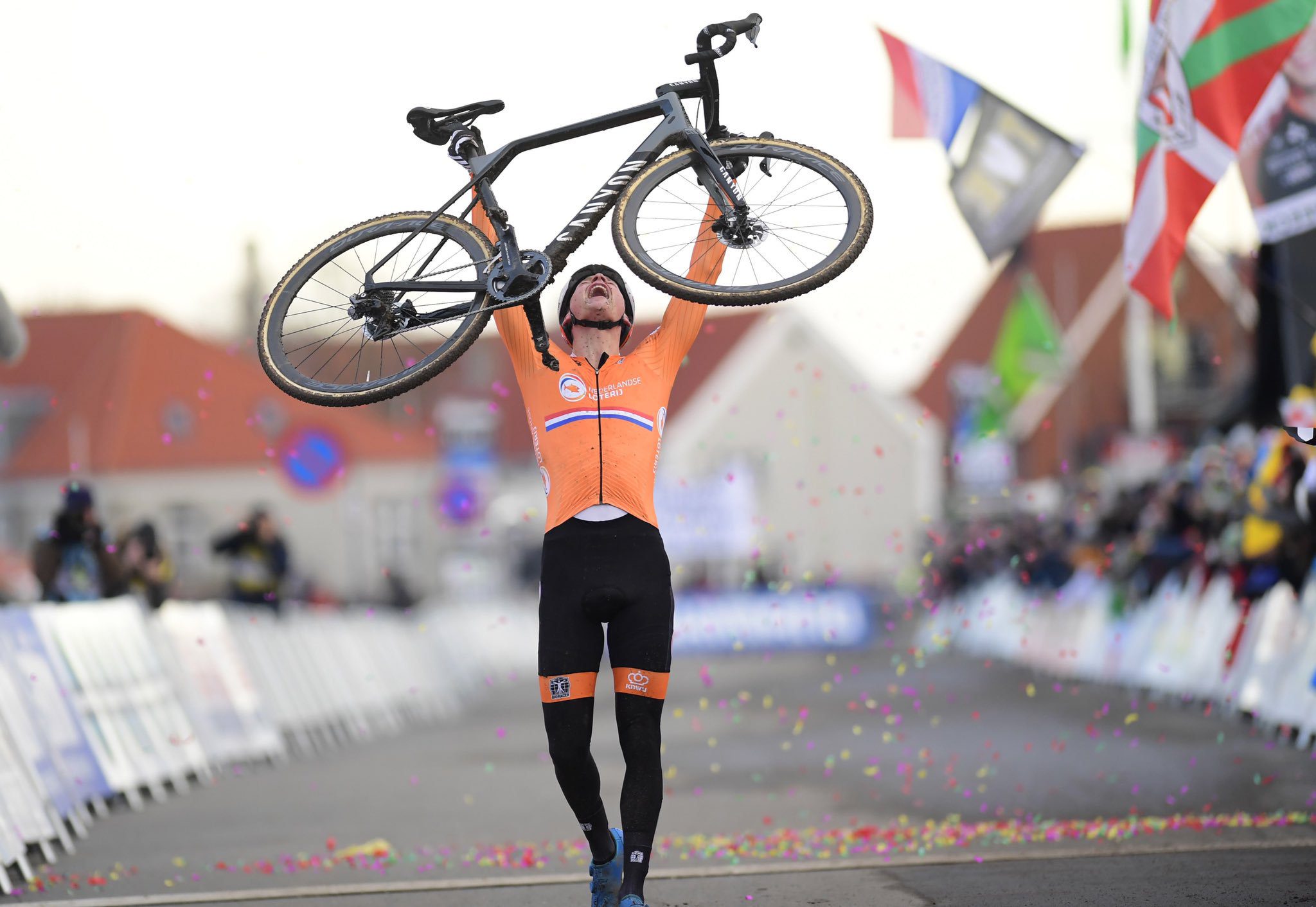 Van der Poel cleanly lifted his back-wheel onto the tarmac at the top of the tricky section. Van Aert slideout, put a foot down and then had to dismount. Van der Poel was riding away and would never be seen again.