While the Stelvio Pass in Italy snows over early in the fall and becomes inaccessible to cyclist until the spring, it ushers in another season for thrill seekers and mountain enthusiasts in the Italian Alps. German freestyler skier Bene Mayr and Italian Markus Eder decided to make use of the pass’s imposing incline but in the opposite direction it’s famous for in cycling and on snow instead of tarmac.

The Stelvio Pass has been used in the Giro d’Italia 12 times, most recently in 2017 when Tom Dumoulin famously took a nature break following its descent on it’s northern side after the peloton climbed it from Bormio. In early spring, there is usually snow on it’s upper slopes.

Mayr and Eder had been eyeing a run down the Stelvio for a while now taking it down the side with the famous 48 hairpin turns. They wanted to showcase the roads man made features by repeatedly jumping the steep road. The managed to gap the road 12 times in their run. The team also incorporated other man made jumps to perform tricks when they weren’t gaping the iconic road. 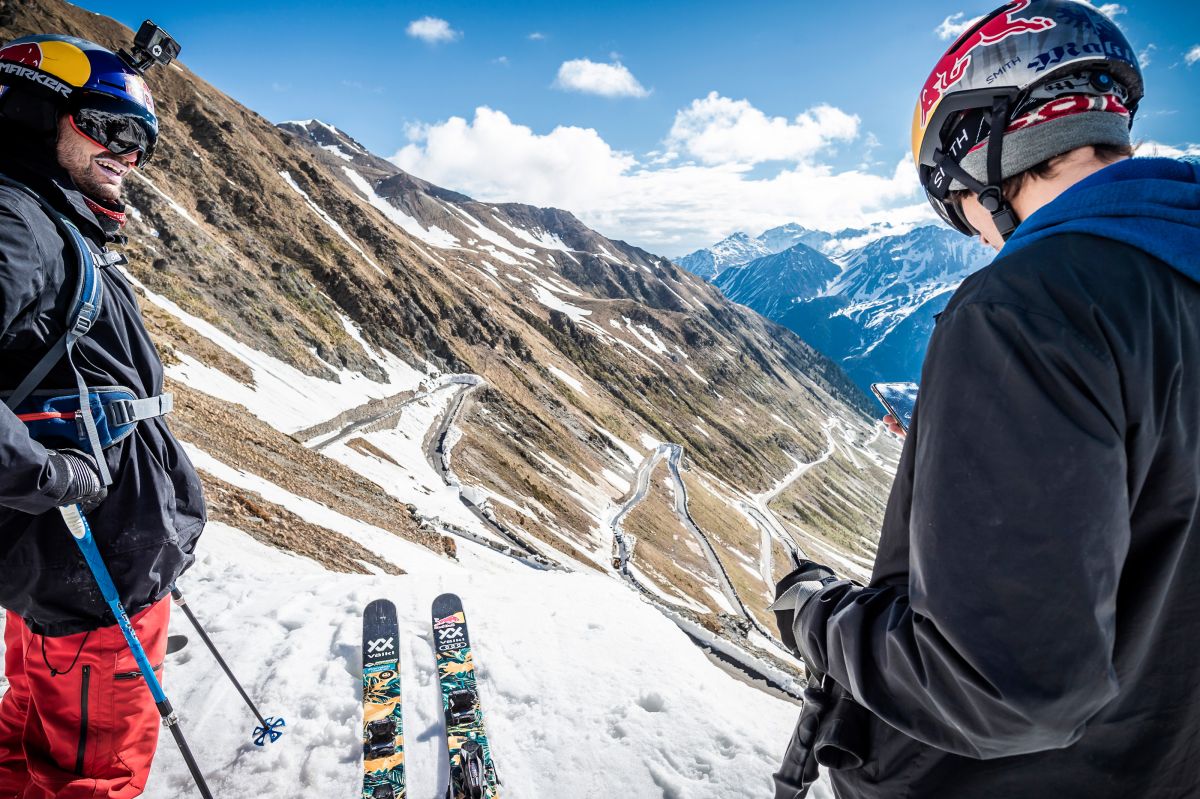 While the Stelvio Pass glacier is open year-round for skiing, during the summer months the road is clear and packed with cyclists who flock from around the world to ride up it.

“We had a pretty crazy idea and we had no clue if it would work out,” Mayr said about the run down.