The final World Cup of 2021 was a true test of rider and equipment, as tires and racers were pushed to their limits.

Christopher Blevins delivered an incredible win for the home crowd, landing the first men’s XCO from an American since the very early 90s.

The rocky Snowshoe course claimed plenty of victims and played a pivotal role in Sunday’s racing. Rider’s had to be smooth enough to make it to the finish line if they wanted a top result. Victor Koretzky (KMC Orbea) was riding in the lead with Nino Schurter when he flatted a front tire in the opening laps. Mathias Flueckiger flatted out of the lead group as well. The early mechanical misfortunes foreshadowed how the final laps would play out.

An elite group of five formed, with Henrique Avancini, Nino Schurter, Ondrej Cink, Christopher Blevins and Luca Braidot. This group, minus the deflated Koretzky and Flueckiger, rode together for the first half of the race.

Luca Schwarzbauer, Vlad Dascalu and 2020 world champion Jordan Sarrou lurked close behind. As the groups worked together, or against each other, the gap between the lead and chase group fluctuated. Approaching the fifth lap, the group formed together into a large group of eight.

With just three laps remaining, Nino Schurter seemed tired of waiting around. The reigning world champion poured on the pace. Cink payed the price, yo-yo-ing off the back of the lead group. Avancini, Braidot, Blevins and Dascalu managed to hold the wheel.

Avancini had an awkward uphill crash, and lost touch with the group. Schurter looked to take advantage, pushing the pace going into the final lap. Braidot took over the initiative, with Schurter second and Blevins in third. Cink and Dascalu held on, a few feet behind.

As Braidot set pace, the other five sat in his wheels and waited. It was Vlad Dascalu was the first to attack, with Schurter following. Blevins sat in the wheel, but with Avancini Vink and Braidot clinging on.

Schurter took the lead, edging ahead of Dascalu but not leaving Blevins any space to follow. Again, the world champion tried to put the group under pressure, but to no effect.

Blevins made the move to pass Dascalu, pulling onto Schurter’s wheel. Dascalu left a gap, Avancini and the other two dropped back. Avancini with a flat tire, Braidot and Cink just flat legs.

Blevins attacked, the first rider to create any kind of separation. Schurter, knowing his front tire was letting him down, let the American and Dascalu by.

Buoyed by a wild West Virginian crowd, Blevins powered away from Dascale to take the win alone. 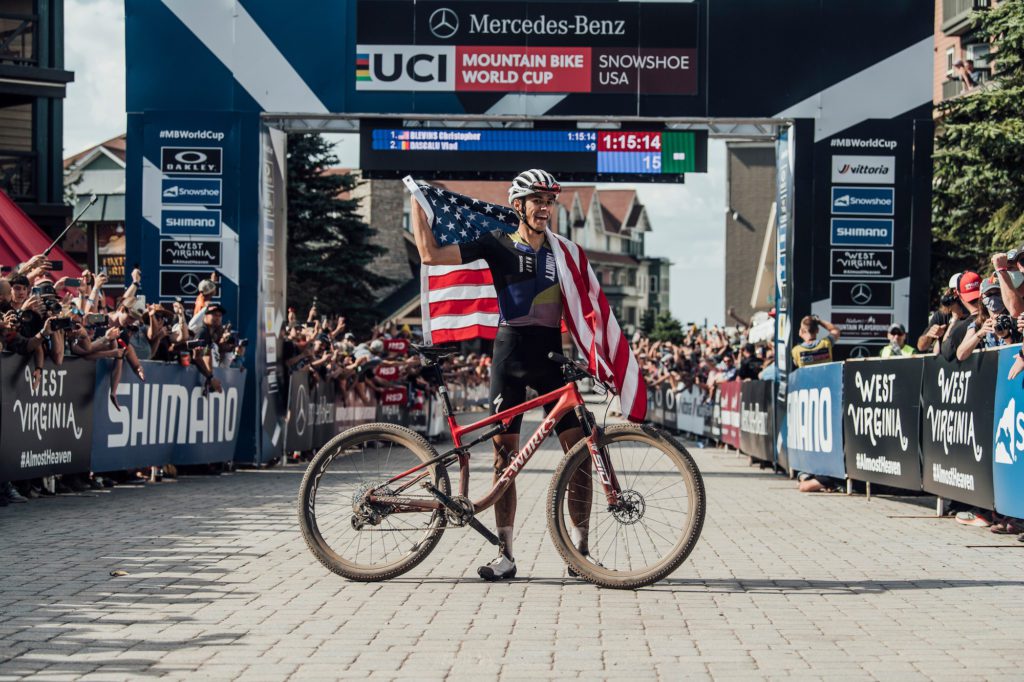 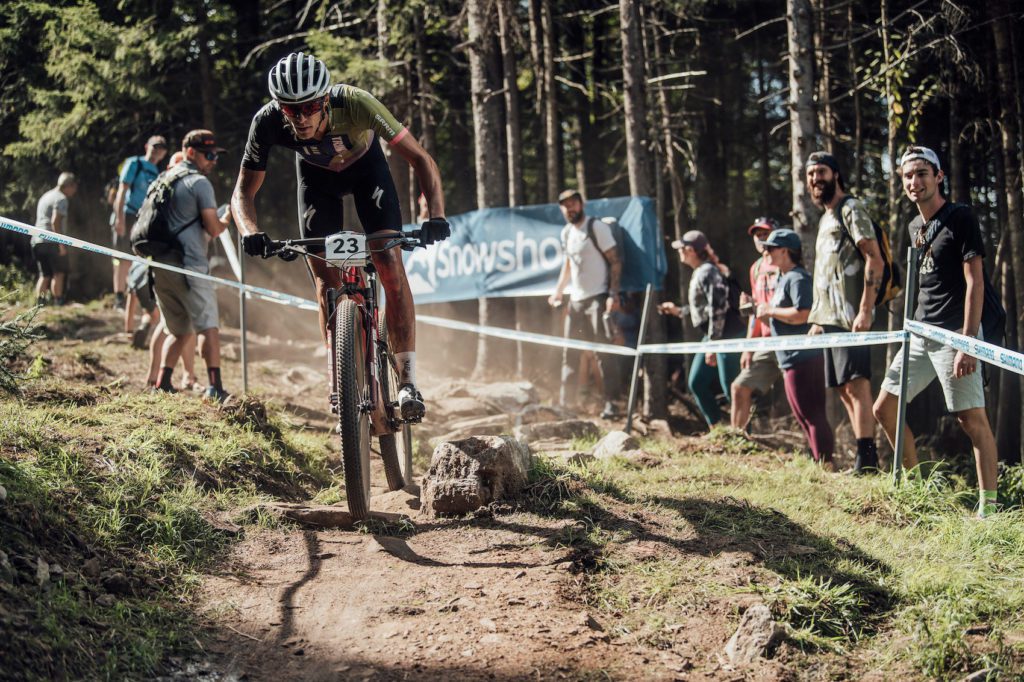 Belvins rode tactically, and was the only rider to get any space of the front of the field. Photo: Bartek Wolinski / Red Bull Content Pool 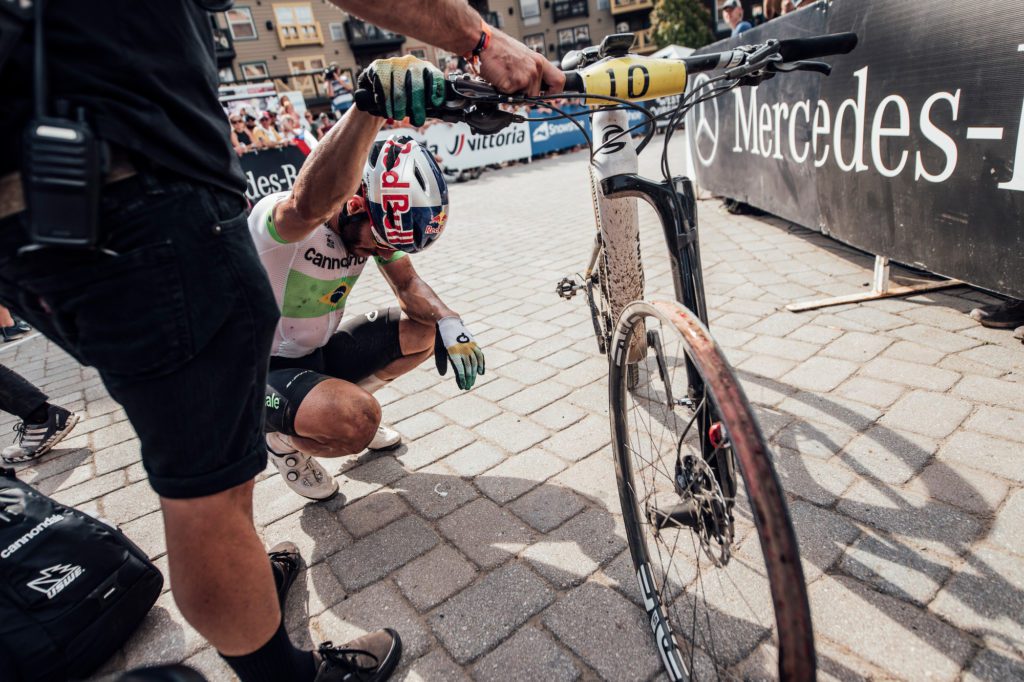 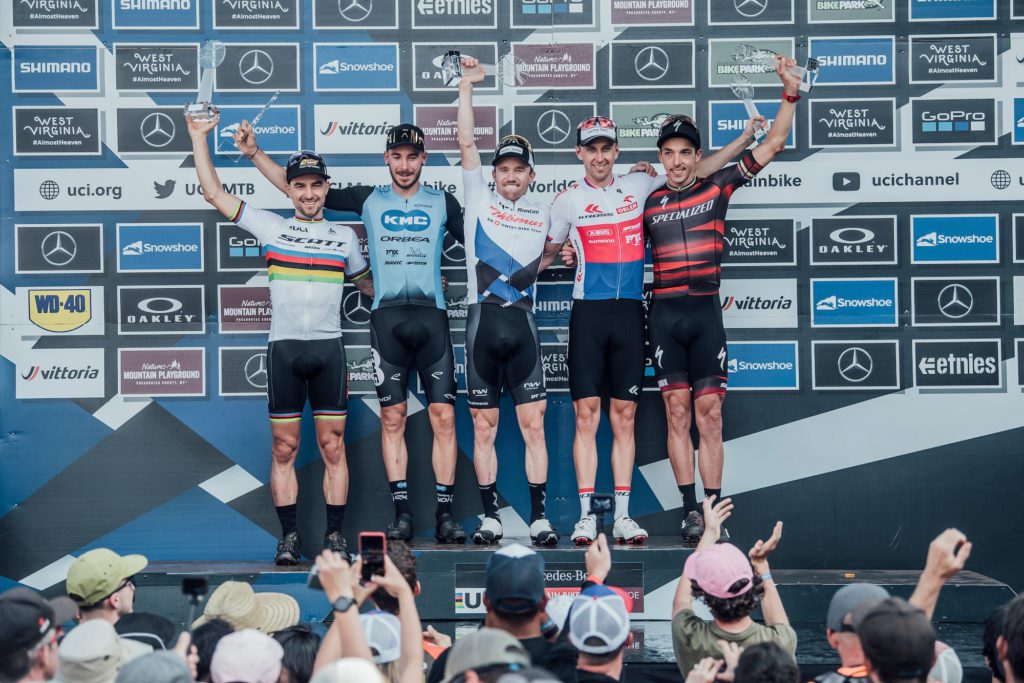 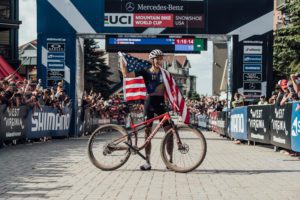 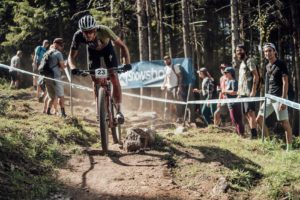 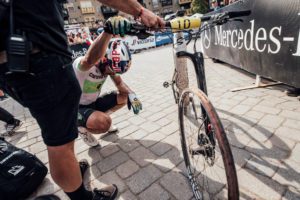 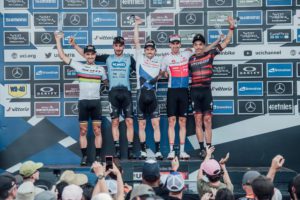 Christopher Blevins wins at home in America. The first U.S. man to win a World Cup since 1994, and with the massive support of the home crowd.

Henrique Avancini followed in fifteenth. The Brazilian rode across the line on his front rim, the Cannondale riders front tire left behind somewhere on course.