What is “plus” exactly?

Between 2.8”-3.25”, that’s what the mountain bike industry is calling “plus” size tires, and the frames that will accommodate them. However there is some serious grey area now with several brands introducing tires sized at 2.5” and 2.6”. Maxxis was one of the early adopters of the “plus” size standard and has several different models in the 2.8” size, as well as their most recent additions including a 2.5” wide tread design and a few 2.6” models which are aimed at people using rims with a 30-35 mm internal width.

The advantages of the 2.8” tire on a 27.5” rim over a more common 2.35” tire on the same 27.5” rim is that you are getting significantly more volume. The added volume helps the rider to run much lower tire pressure which makes riding over rocks and roots much easier. The added volume also makes for a larger overall diameter of the wheel. Many tests have been done, and in some cases a 27.5” “plus” tire will roll as fast, or faster than a standard 29” wheel with a 2.35” tire. So if you are getting more traction and in some cases a better rolling resistance with the “plus” tires why aren’t we seeing all bikes going in this direction? The answer is in the sidewalls.

To create extra volume, tire companies need to increase the amount of material used in the tire. To keep weights down tire companies need to make these sidewalls much thinner than what you would find on a standard 2.35” tire. The result is a slightly less durable sidewall more prone to slashes and punctures, as well as slightly less support when cornering. In reaction to these concerns tire manufacturers have since been releasing tires in the 2.5”-2.6” range in an attempt to find the sweet spot between durability and traction. I decided that the only way to determine which is better was to do a direct comparison of the Maxxis Rekon 2.8” “plus” and the Rekon 2.6” in a head to head traction throwdown.

I tested both tires on a Scott Scale plus bike. This hardtail was designed with the “plus” sized tires in mind and comes with Boost hub spacing, making it the ideal bike for this comparison. I started on the 2.8” version of the Rekon tire. A tread inspired by the tried, tested and true Maxxis Ikon. Maxxis calls the Rekon an aggressive trail tire appropriate for moderately technical terrain. This aptly describes the southern Ontario trails I would test the two versions on over a few weeks of riding, and leading up to a 24-hour race.

The first thing I noticed about the 2.8” tires was the plush ride. Cruising down the trail the tires virtually eliminate any small bumps or slightly exposed roots. It’s like they don’t even exist. The extra width gives you confidence to corner over roots without worrying about slipping out unexpectedly. The tires do a great job of conforming to small obstacles while still maintaining traction with the dirt. I have never before felt so confident on off camber technical sections. After two hours in the saddle I was also noticing that the added volume was helping my hardtail to be less, umm… hard. The larger tire really soaks up the bumps and helps to keep your back and butt fresher longer. I would almost go so far to say that the 2.8” tire offers as much “suspension” as some dual suspension frames sporting 90-100 mm of travel. However that is the end of the pluses.

Even though the 2.8” tires could soak up bumps almost as well as a dual suspension bike they certainly could not dampen the rebound. In many situations, especially while seated, I experienced the rear tire bouncing over undulating trail. I weigh 70 kgs and was running 16 p.s.i. in the rear. I wasn’t able to eliminate the bouncing effect until I got up to about 23 p.s.i. in the rear tire, which also eliminated some of the traction advantages the larger tire offers. The bouncing was not enough to really slow me down, but it did require some extra attention to body position and choosing when to stand up out of the saddle. I also noticed that the steering up front was lacking in precision. The larger tires are great to lean into corners and they really inspire confidence with the amount of traction they offer, however in tighter sections of trail or in faster areas that require a quick change of direction the bike felt slow to react. It was hard to really push the tread into a corner and have it hook up like a standard tire would. 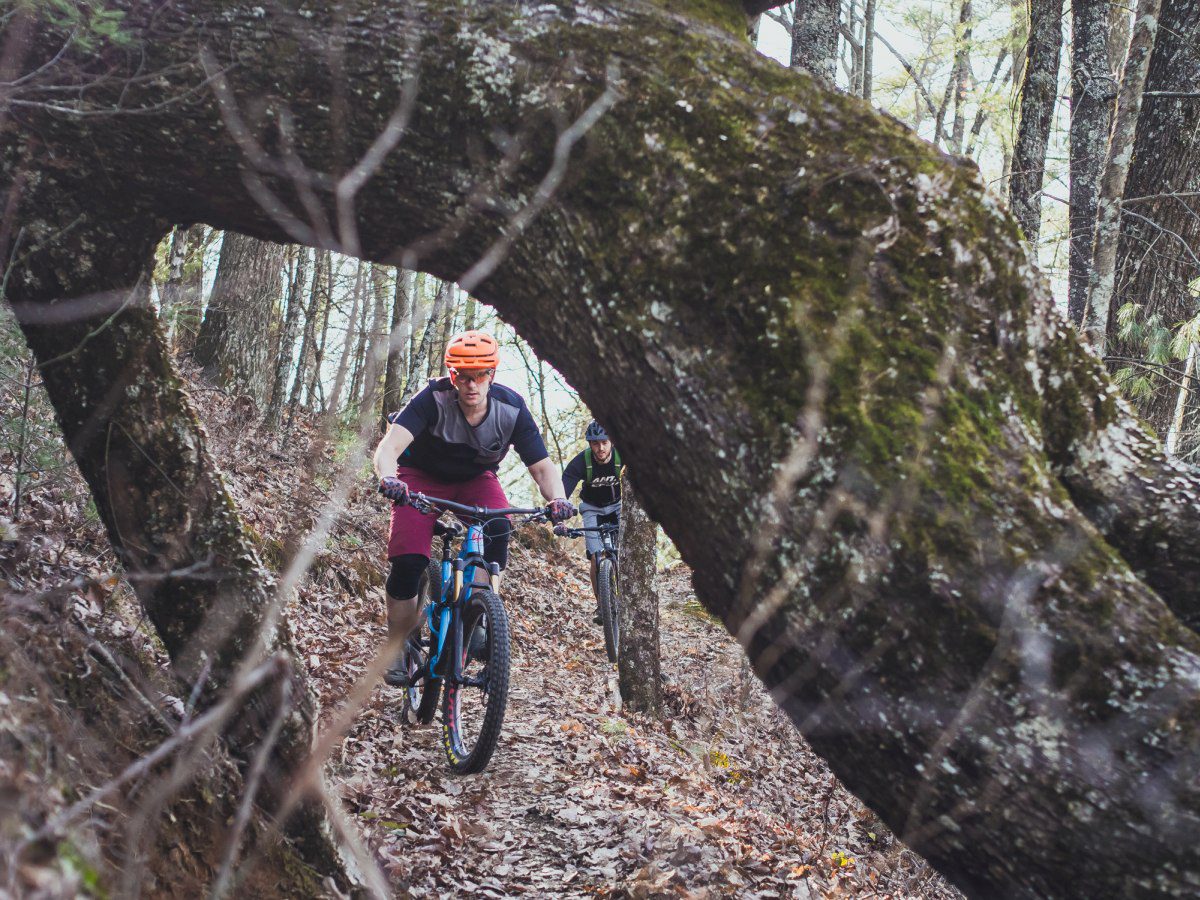 When mounted to a 30 mm rim the 2.6” Rekons look considerably smaller than the 2.8” versions. There is a significant loss in volume as well as width. The difference is much more noticeable than the difference between 2.2” and 2.35” standard tires. I also thought that the tread on the 2.6” Rekon was slightly more pronounced than on the 2.8” version. I put 18 p.s.i. in these tires, adding some pressure compared to the 2.8” setup to make up for the volume difference. Right off the start I noticed the 2.6” Rekons felt a lot faster rolling than the 2.8” tire. When standing up pedaling I felt less energy being used to depress the tire and more going into forward momentum. The 2.6” Rekons are still higher volume than your standard 2.35” XC tire and as a result soaked up small trail bumps almost as well as the 2.8” tire. Confidence going over roots and cornering through rough terrain was very close to what I experienced with the 2.8” version which is a good thing. What I didn’t experience with the 2.6” Rekons was a lack of precision when it comes to steering. The smaller tire was much more responsive when a quick change of directions was needed and I found it easier to push into corners and really bite into the dirt. I was also pleased that the bouncing effect on undulating sections of trail was absent when riding the 2.6” tire.

So after putting many hours riding on both sizes, my preference is the 2.6” size Rekon. It offers almost all the benefits of the “plus” size 2.8” version but without some of the drawbacks. I would still recommend the 2.8” version to anyone that enjoys long rides, and isn’t overly concerned with high speed handling performance. The 2.8” tire is great for people looking to gain confidence on rougher terrain or to smooth out the bumps for longer rides. However I feel the 2.6” version is a more capable tire.

So is the 2.6” Rekon a “plus” tire because it may not fit in all standard frames? The answer is no. I would go so far as to say that the 2.8” Rekon is not a “plus” tire either. With Boost spacing becoming a standard I think we will see the term “plus” disappear and bike manufacturers will simply state how wide of a tire they recommend for any given frame. 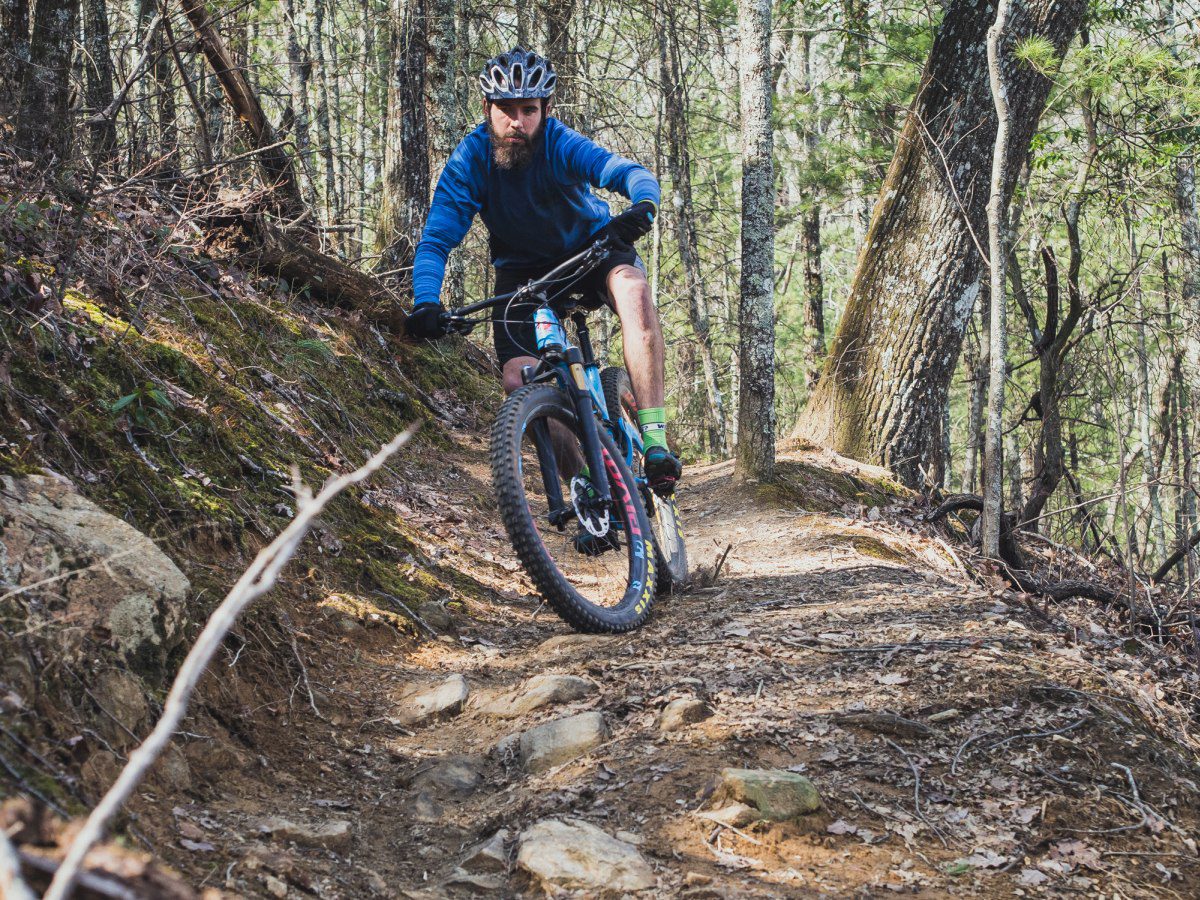