There’s something to be said about having a personal mechanic and the inventor of the suspension system at your bike concerned with the minutiae of your setup. Don’t get me wrong. The mechanics who work on my bikes are fantastic, but I think they’d consider me pretty high maintenance if I demanded they accompany me on the trail to get me that dialed in. But hey, maybe that’s an untapped opportunity! 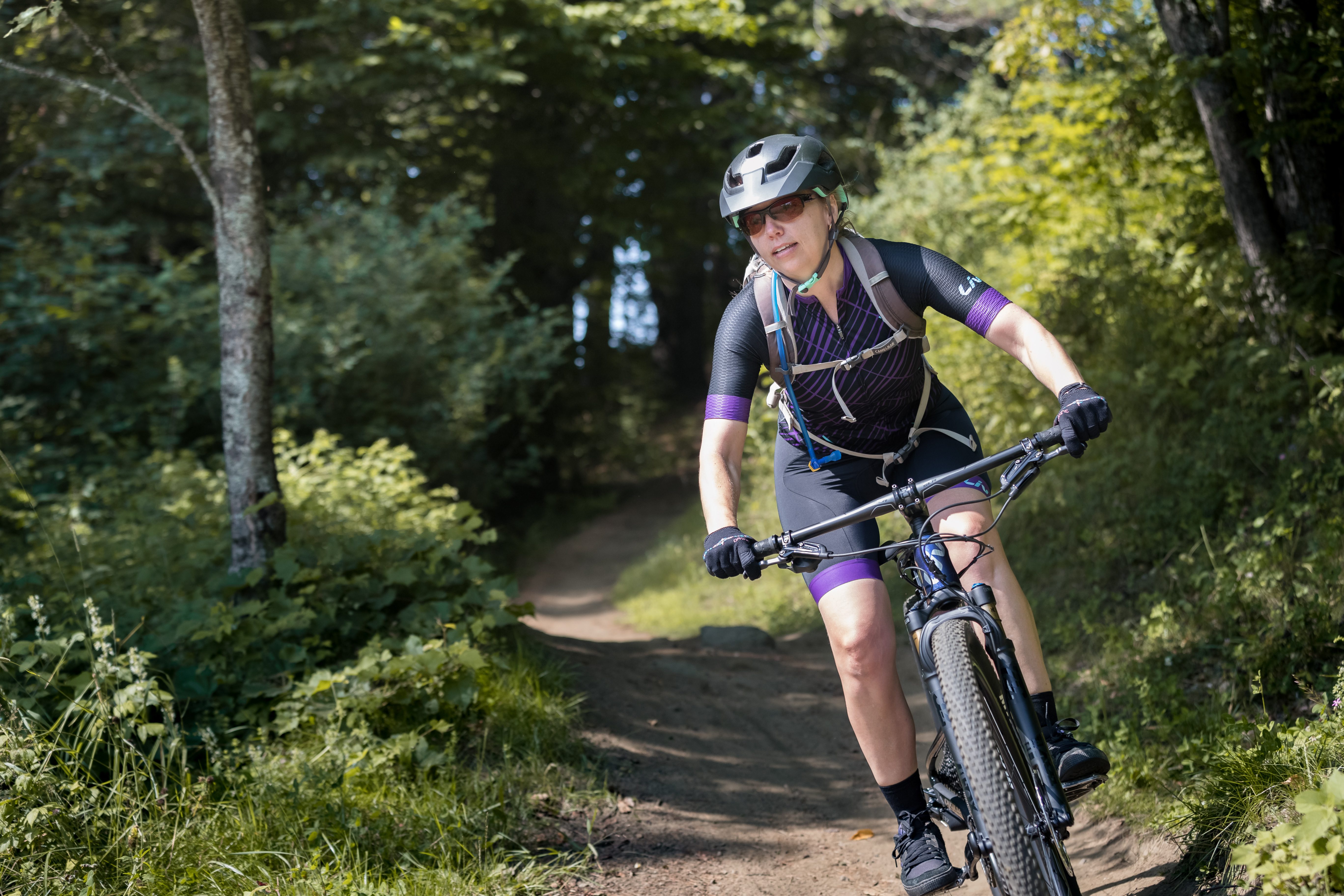 My “personal bike fit team” (who also took care of several other women media MTBers from around the world) was in Vermont for us to ride the Pique 29 Advanced Pro 0 and to launch the whole Liv Pique 29 Off-Road series.

What struck me first—besides the chameleon paint job, which can appear purple or blue, depending on the light (Liv’s colour game is consistently strong)—was the weight. The bike is super light. As Jessica Baba, one of the two pro female bike mechanics on-site prepared to put my pedals on, she pointed out all the extra carbon bits besides the frame—the brake levers, rear triangle, wheelset and handlebar.

Liv prides itself on its 3F Design Philosophy and the fact the bike was tuned for women by women. That sincerity comes through on the bike, which was designed for fast XC racers and endurance riders. The saddle (Liv Contact SLR Forward Carbon saddle) is comfortable, the standover height has been carefully considered, and the frame sizes and geometry are the result of an abundant amount of research and measurements. Some MTBers will appreciate that all sizes, from XS to L, are built to fit a down tube water bottle. Fourteen-year-old enduro racer Riley Miller, who appears in the promo video for the bike, and who made an appearance at one of our group rides, proves that a 29er is not too big for a smaller stature. 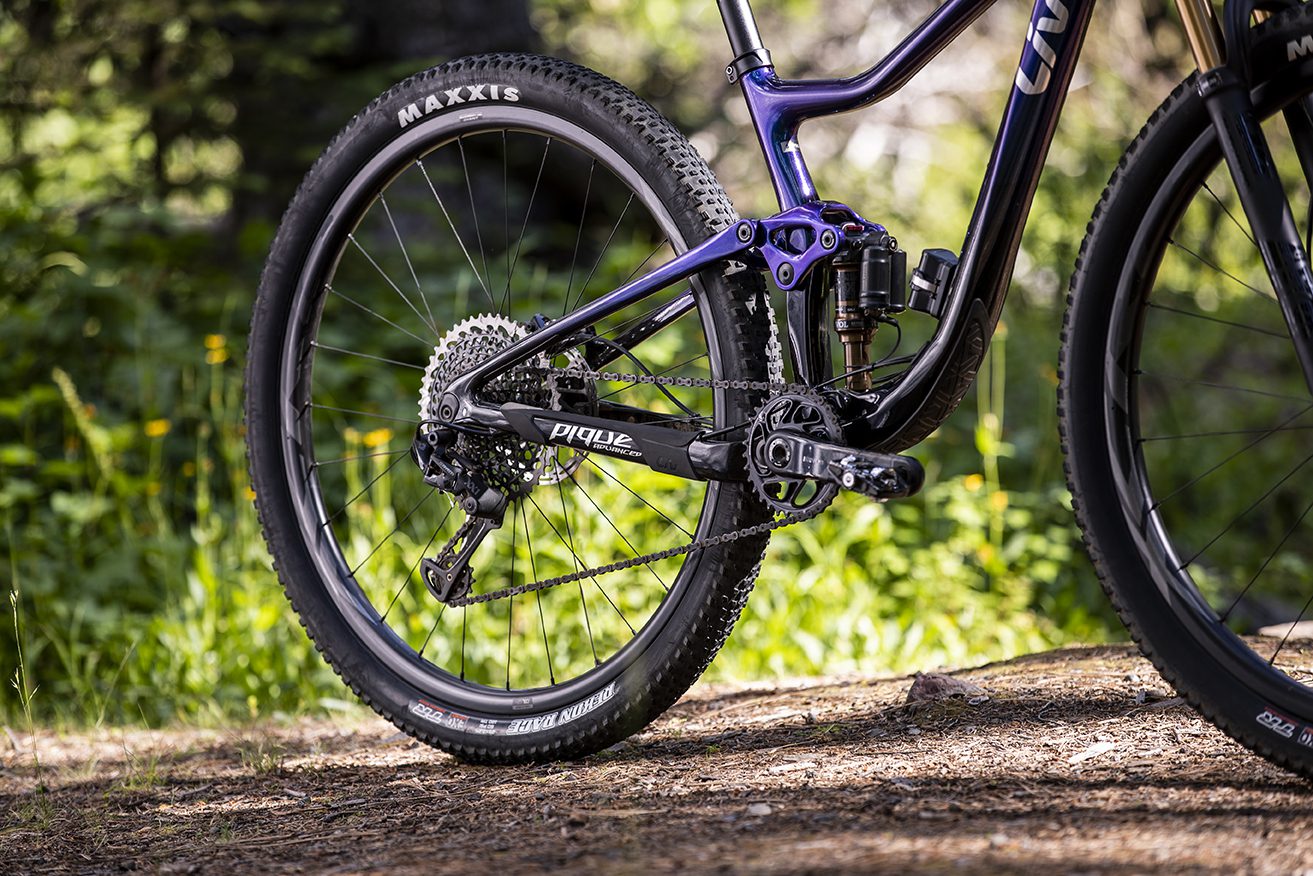 This bike is designed for speed. I’ll say at times over the weekend, I felt like a motor was propelling me up the hill (though I wish my legs propelled me closer to the front of the pack). I felt I climbed very efficiently. Perhaps it was the lean-forward, aggressive angle that’s designed for climbing.

My ride also handled the descents really well, floating over the roots and rooty step-downs on some of the downhill sections. This is also where my personalized mechanic service came in as slight adjustments and checks, like brake position, shock setup and tire pressure, were made to maximize my comfort while in the saddle.

Pro Liv Racing mountain biker Kaysee Armstrong who was also along for the rides, had been riding a prototype throughout the spring. She seemed to concur with regards to the climbing ability and raved about how adept the bike was at cornering, which you can’t usually do as easily with a 29er.

I thought I’d miss my 130 mm of travel on some of the DH, but the 100 mm of the Advanced Pro 0 adapted well to the flowy terrain and rooty technical bits I encountered at Kingdom Trails, where I also consistently put the cross-country-specific dropper post to very good use. The bike features Maestro suspension, with a floating pivot point designed to promote efficient pedalling and absorb the trail chatter. 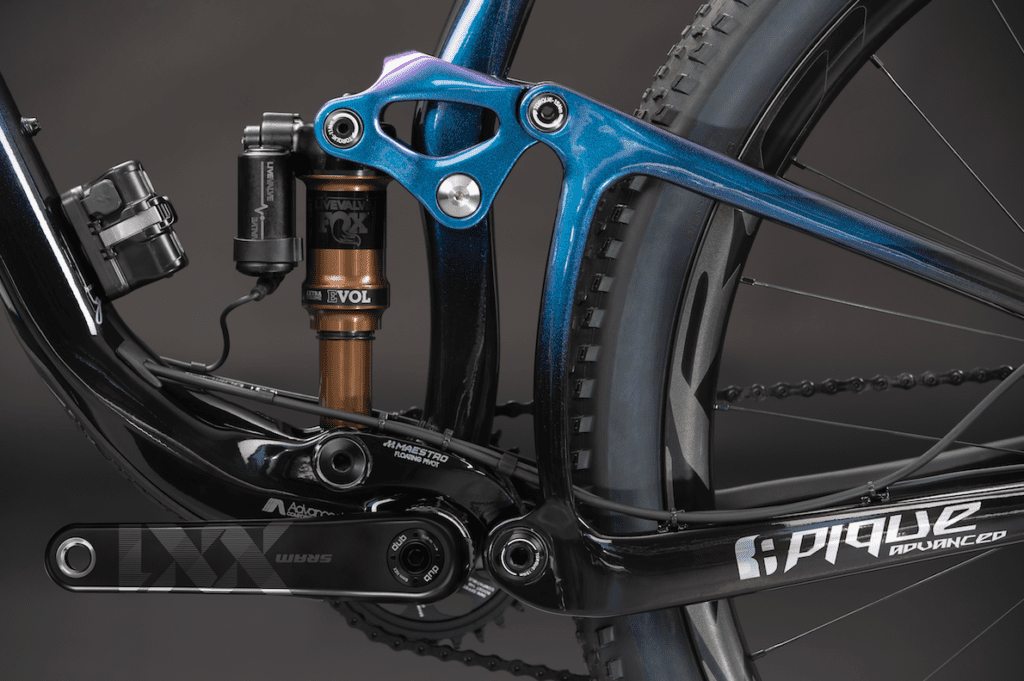 Maestro suspension on the Liv Pique 29. 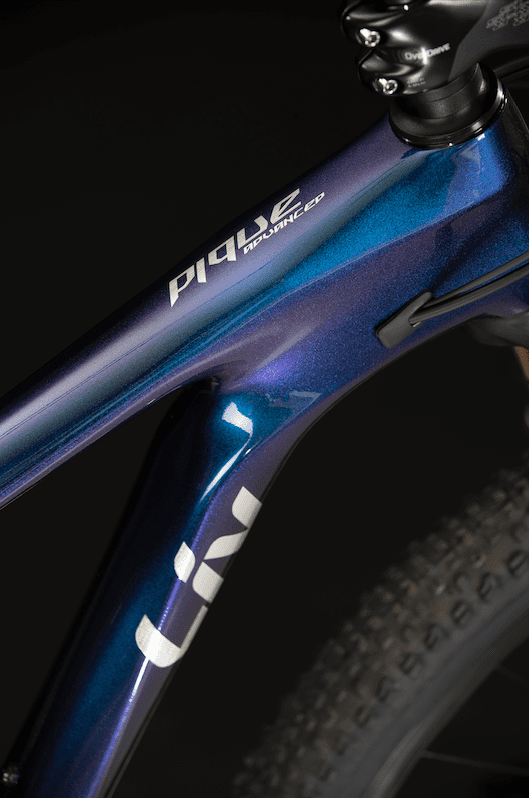 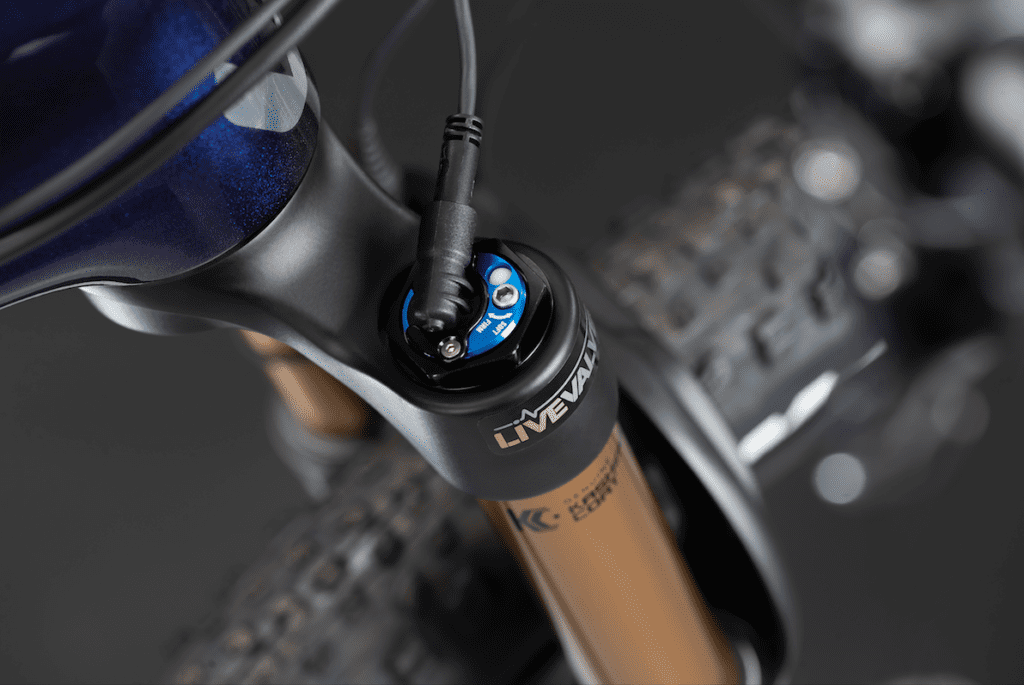 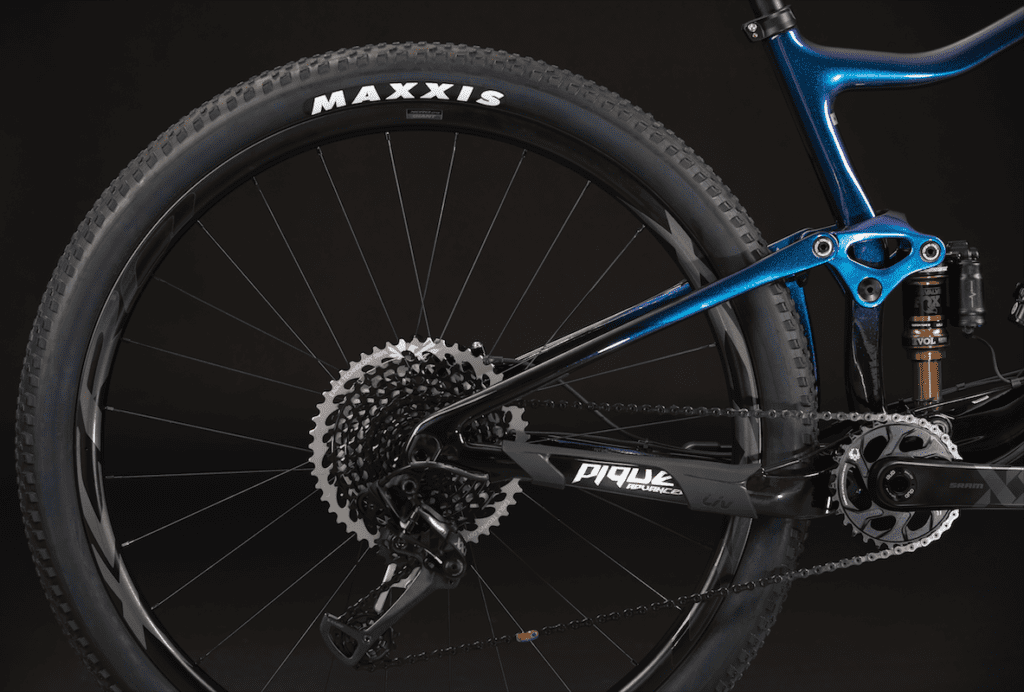 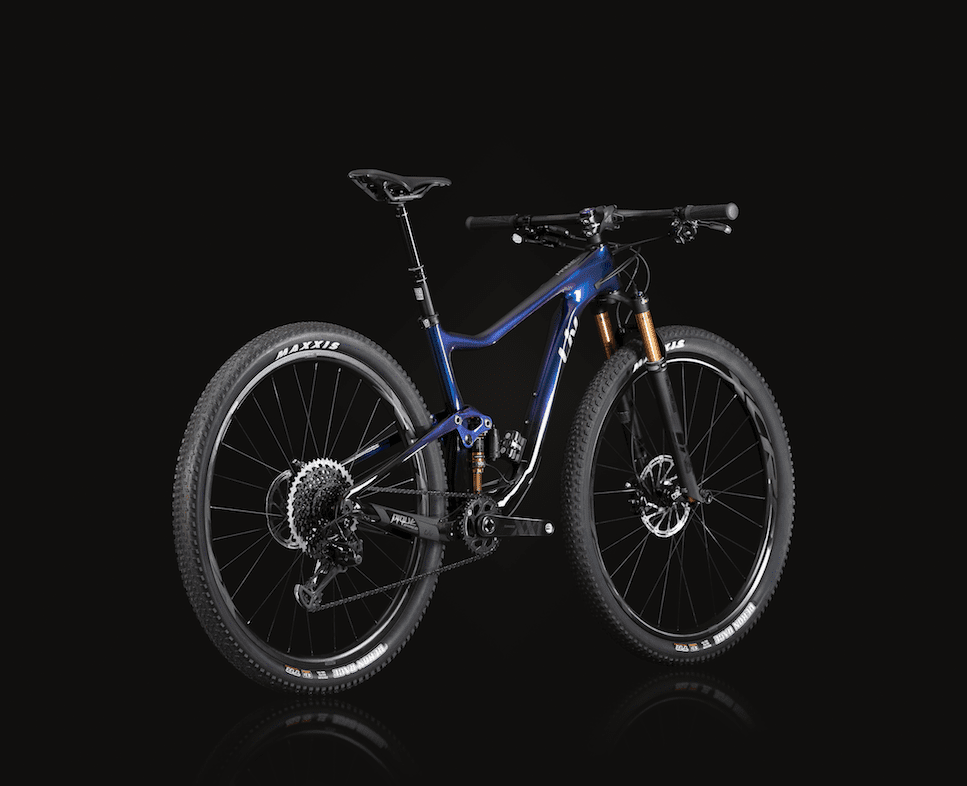 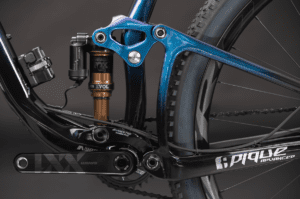 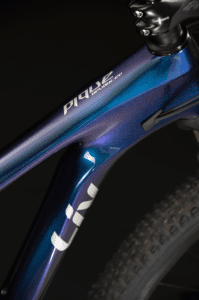 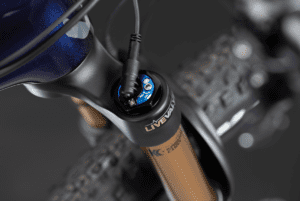 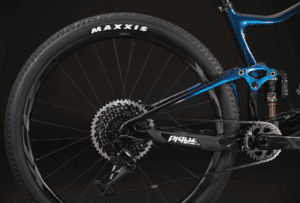 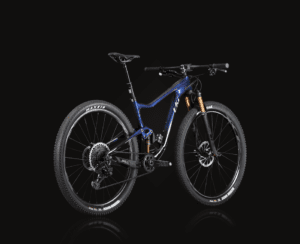 One major feature of the Advanced Pro 0, which the others in this new line of 29ers do not have, is the Fox Live Valve. (The Liv Pique Advanced Pro 29 1, and Piques 1 and 2 come with a remote lockout, which is also a nice setup.)

This is great timing for the brand, as Fox Live Valve, which just launched in 2018, won a Design & Innovation Award 2019. Notes on the winning entry’s writeup on the website stated that: “Although the battery-powered system itself is incredibly complex, it is so user-friendly that you’ll be able to work it even if you’re tech-illiterate.”

While I wouldn’t call myself tech-illiterate, I might have had to Google words like solenoid and kinematics as Fox Live Valve inventor Everet Ericksen, Fox engineering manager, advanced development group, demonstrated how the electronic suspension system works. 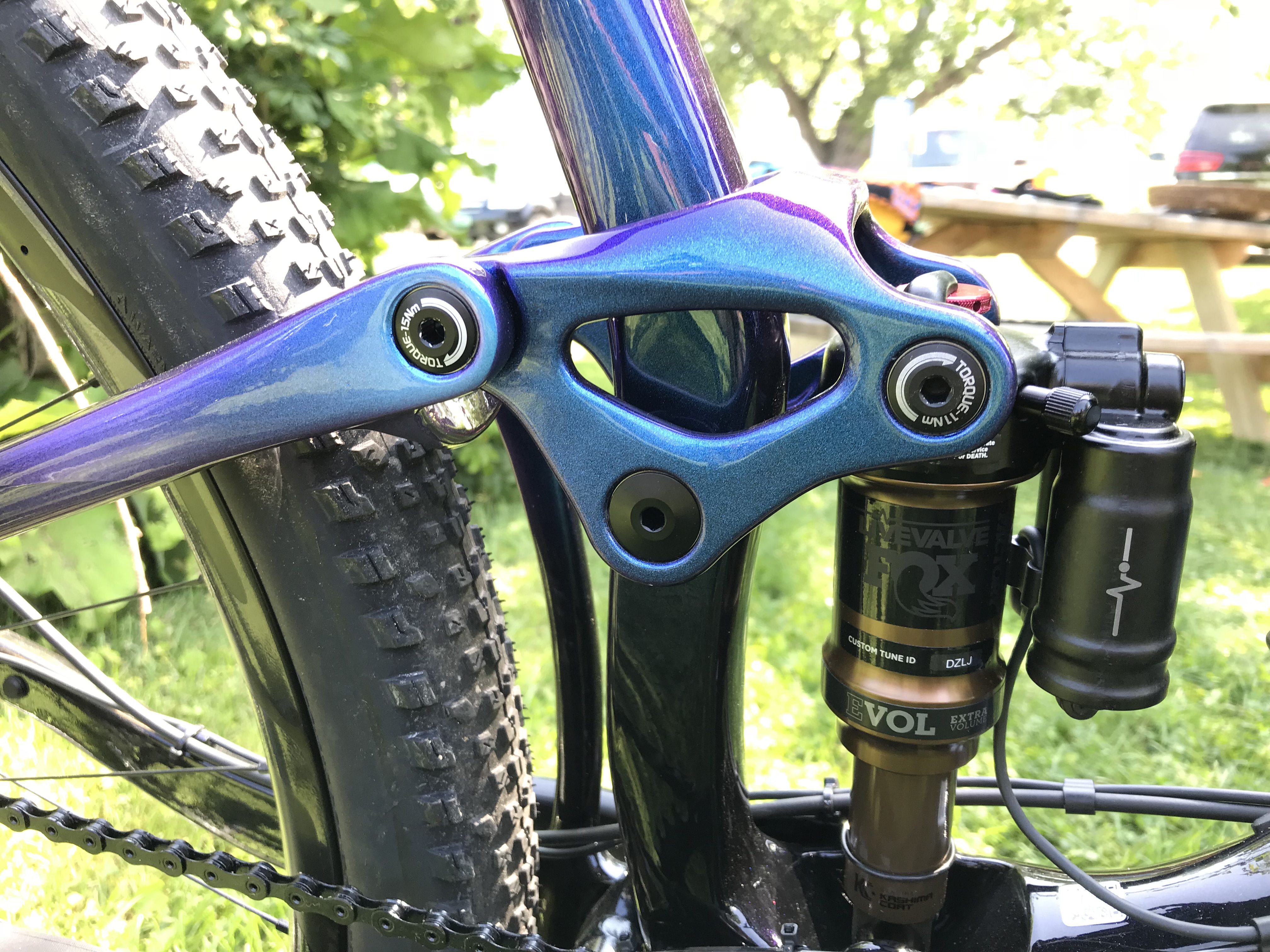 Once you turn it on, essentially, on smooth terrain, the bike rides like a hardtail. If it encounters a bump, sensors on the frame and both wheels measure the G-force and tell it to open the suspension. The default is to go back to firm when on regular terrain, but freefall detection sets the rider up for a soft landing. “The rider just turns it on and rides,” says Ericksen.

Once I was on the trails, I could feel the subtle shifts as the sensors detected the angle of the bike while climbing or descending, and the types of terrain I was shredding. For my first loop, I forgot to turn it on, so I was locked out completely. I then played a bit with the settings on a couple of subsequent loops. You can set the suspension to not open at all, or to be consistently open, as well. I preferred riding it in the middle setting. 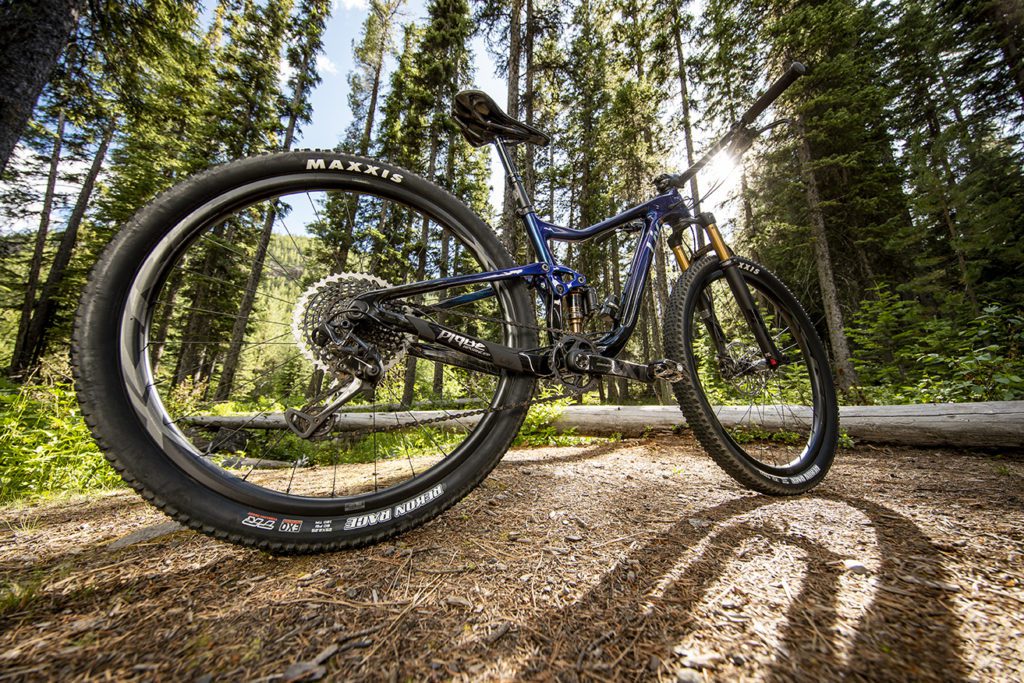 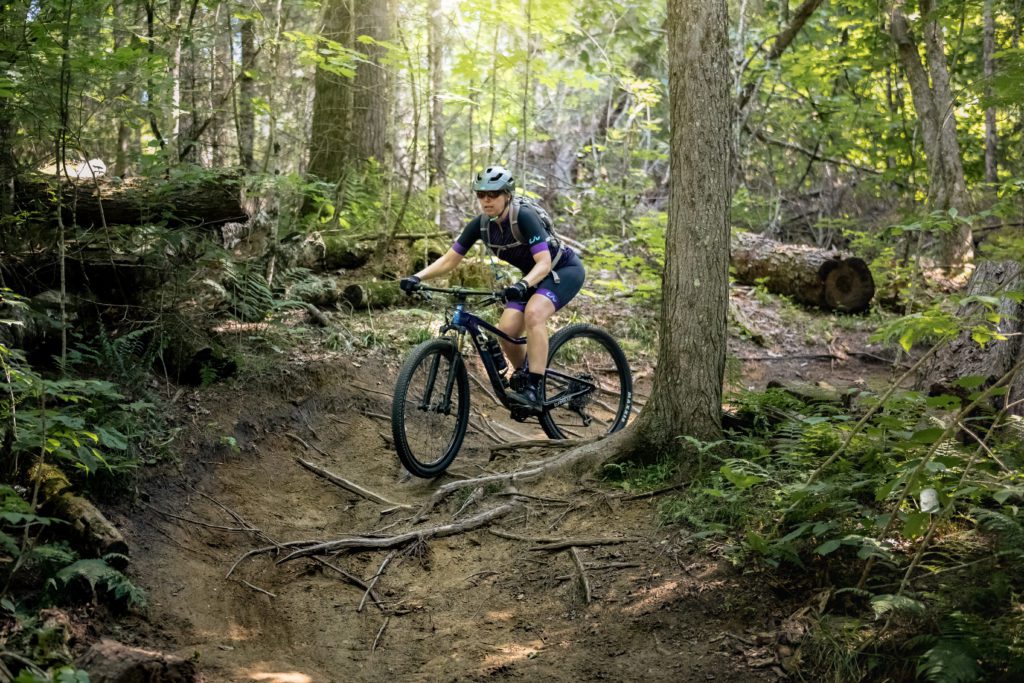 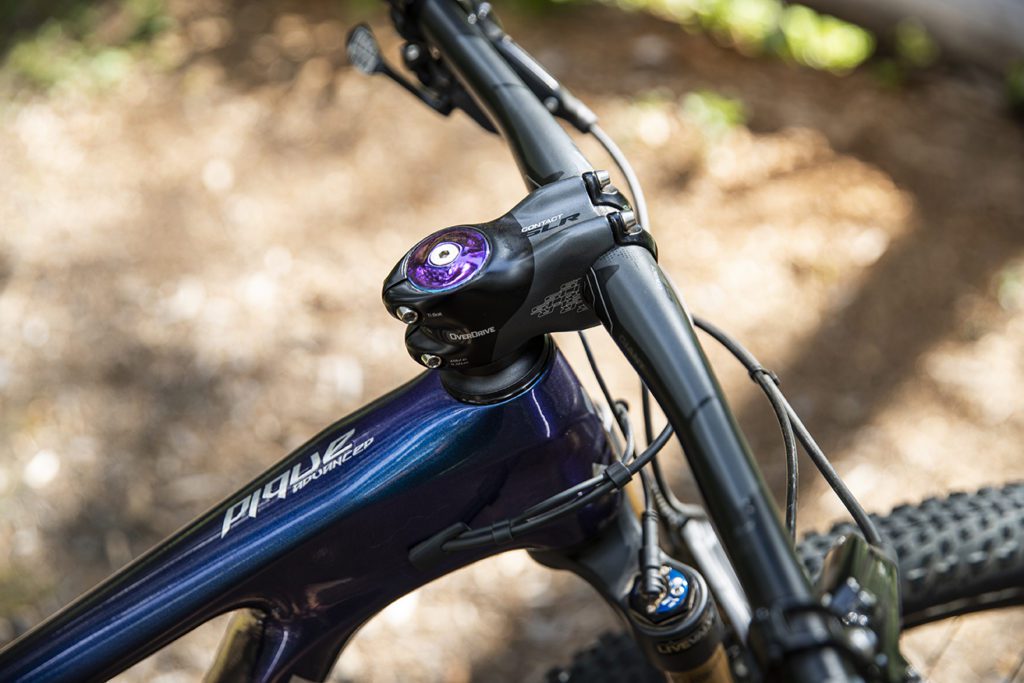 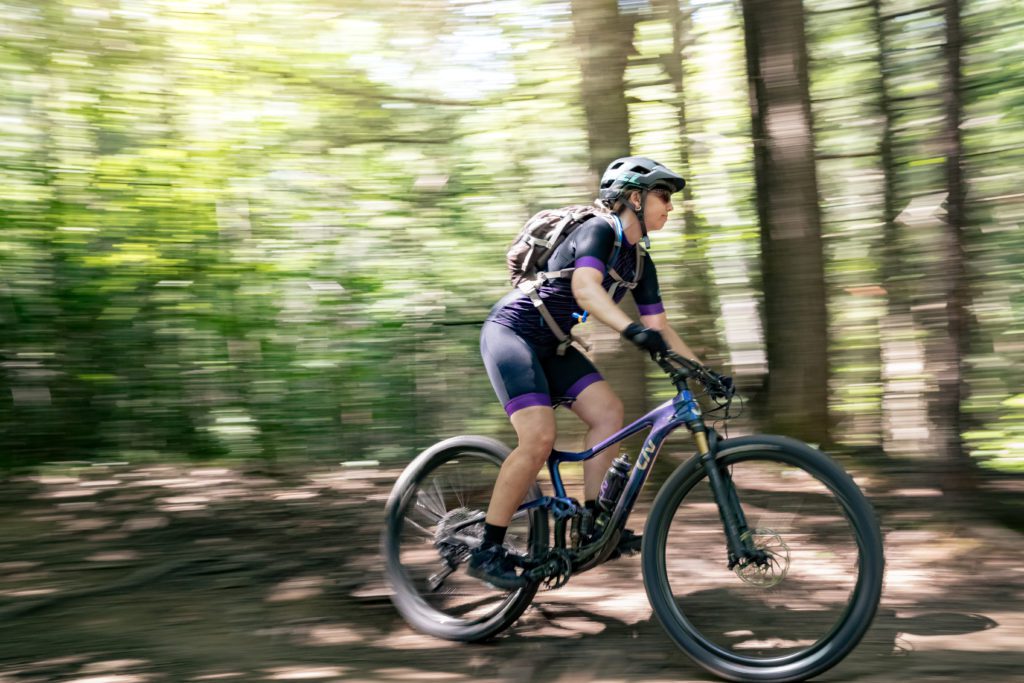 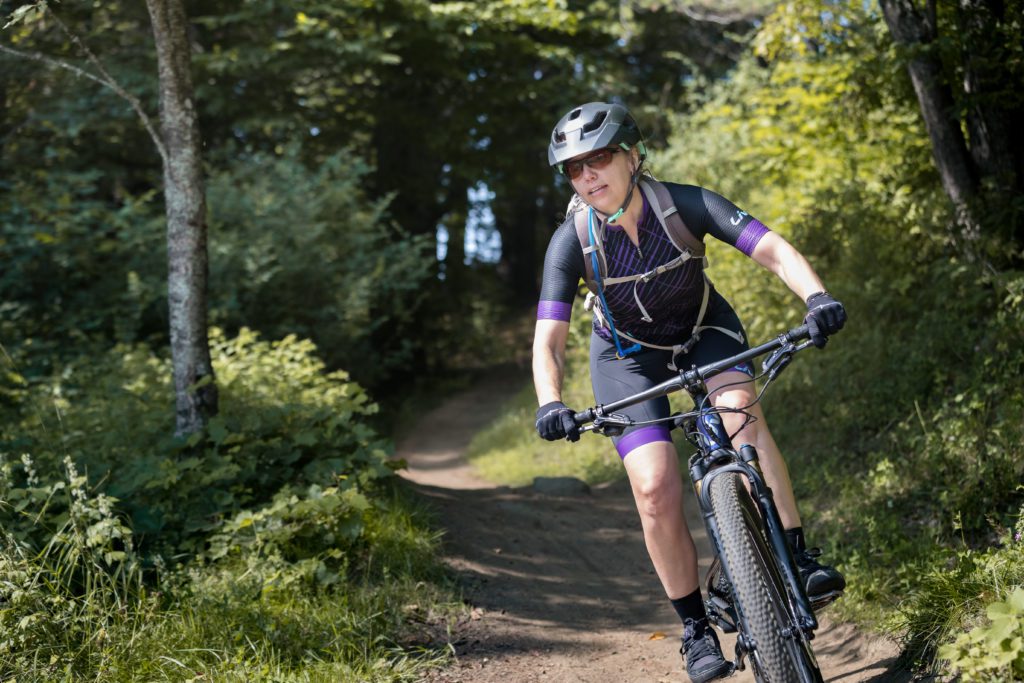 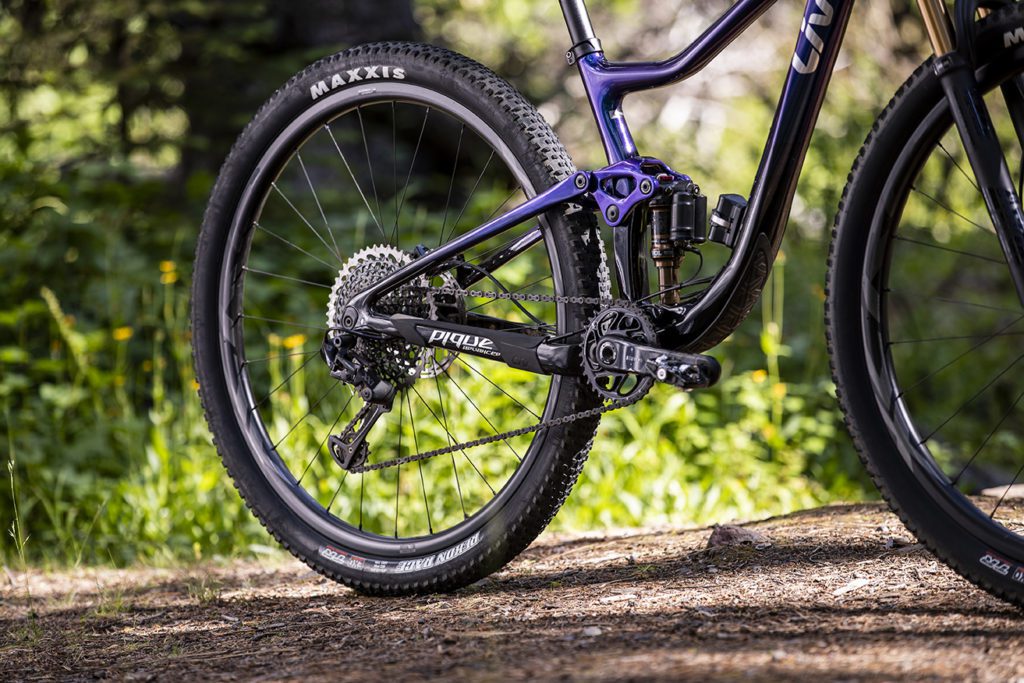 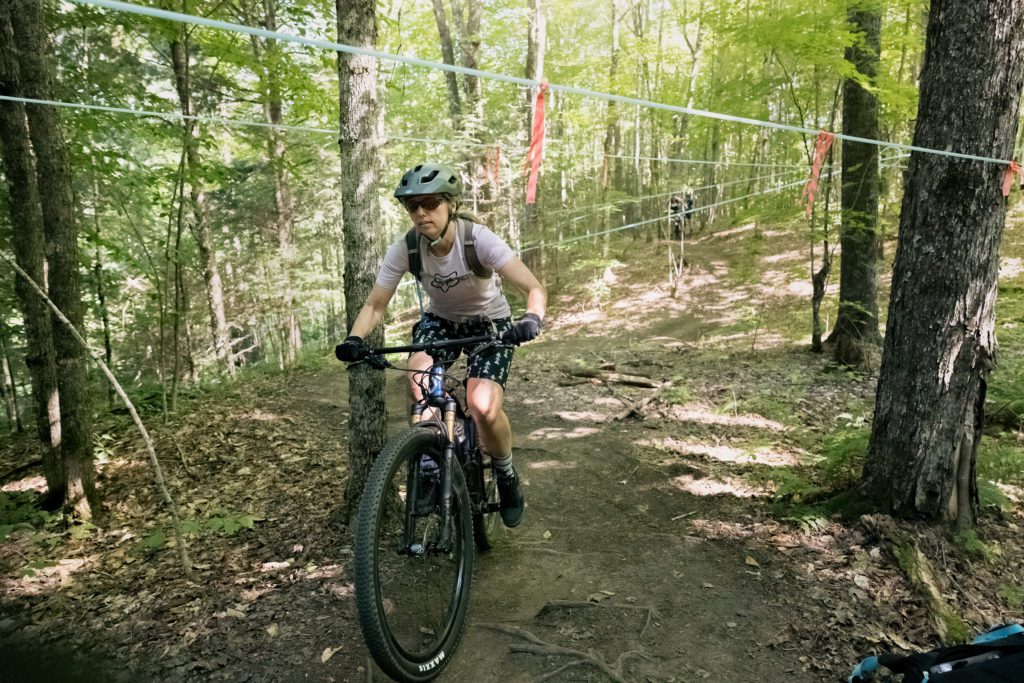 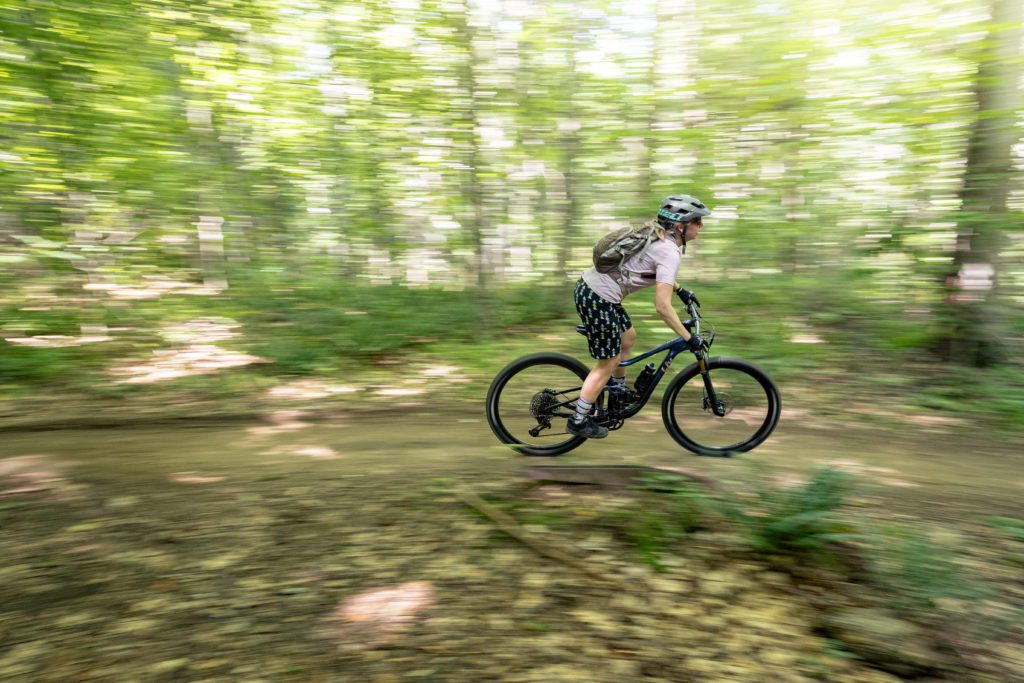 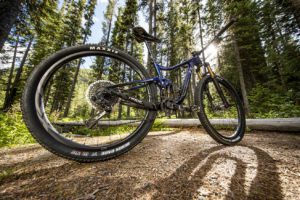 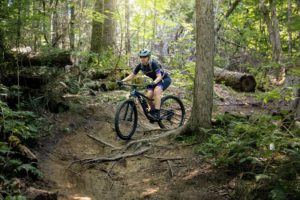 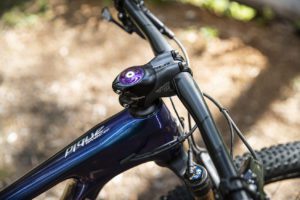 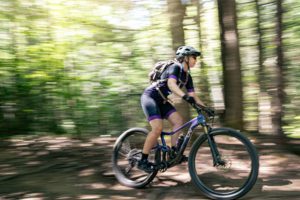 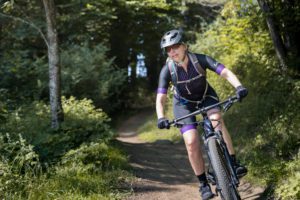 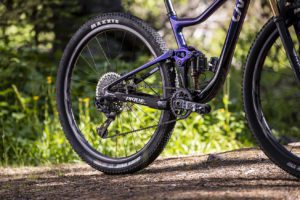 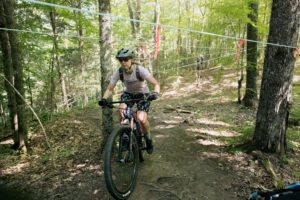 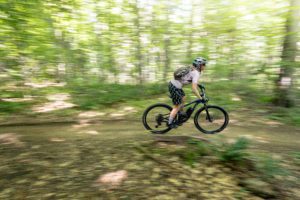 As Armstrong put it: “You just literally ride the trail.” There is no guessing when to lock out, which really must change the game for racers. This system lets a rider focus on other matters, such as line choices, explains Ericksen.

And for those wondering what happened to the 27.5 Pique? It will be discontinued as Liv moves forward with its line of 29ers.