When Norco released the all-new Range earlier this year, it caused quite a stir. Just from looking at it, it’s not hard to tell why. The radical looking frame is completely different than the generation of Range that came before it, and different than, well, most other long-travel bikes on the market when it was released.

Turns out the Range is much more than hype and good looks. From the first ride, this 170-mm travel enduro or all mountain bike impressed. In the six months since first swinging a leg over the modern Range, we’ve only grown to appreciate the Virtual High Pivot design more. No bike is perfect, of course. There are a couple drawbacks, depending on your perspective. But all around, this is one of the most exciting bikes we’ve tested in a while.

What makes the Range stand out? Well, lets dive in.

Norco’s Virtual High Pivot suspension design attracted all the attention when the Rage was released. But it’s not the only important feature on the Range. The size-specific geometry Norco’s been pushing for several years steps up to new levels with the new bike, as well as a host of smart frame details. 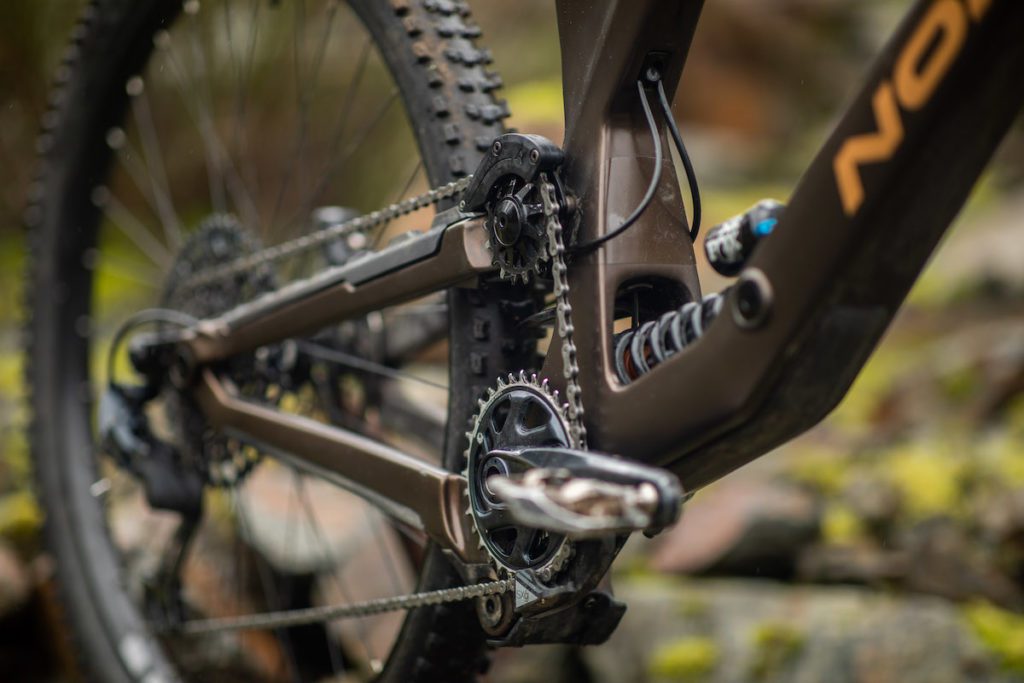 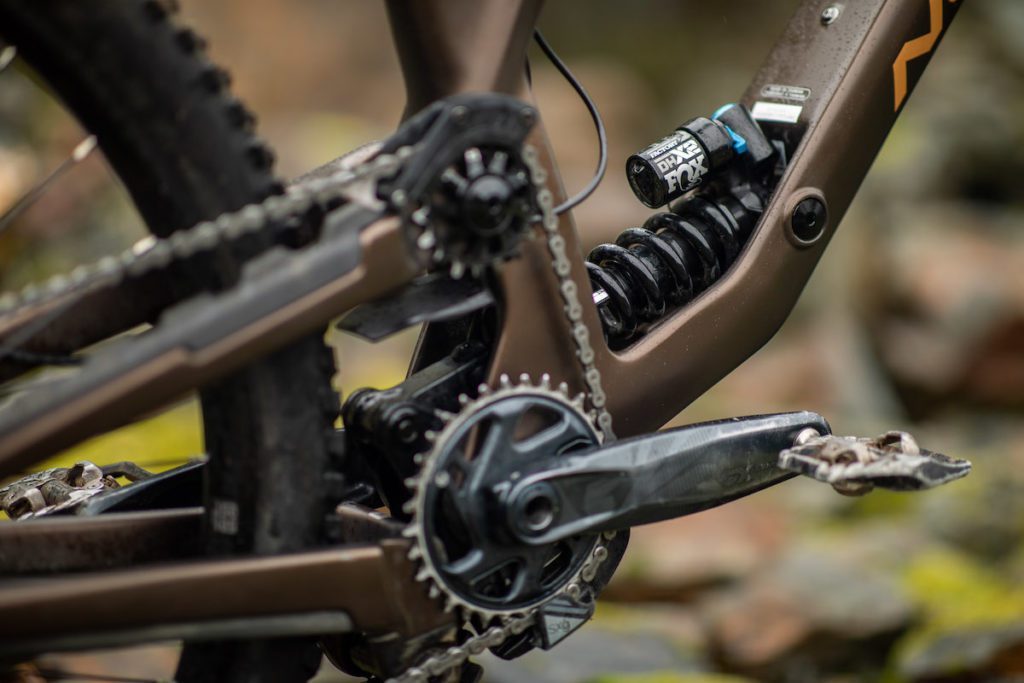 The shock sits low in the frame, keeping the Rang'es centre of gravity close to the ground 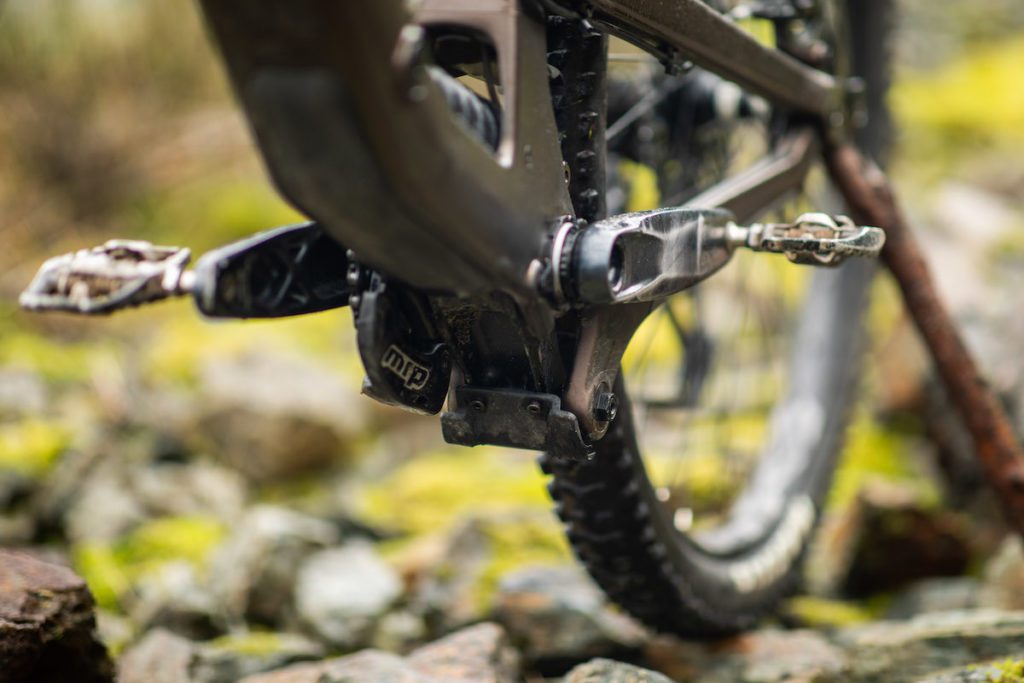 The linkage sits below the chainring when unweighted, but tucks up behind the chainguard at sag. 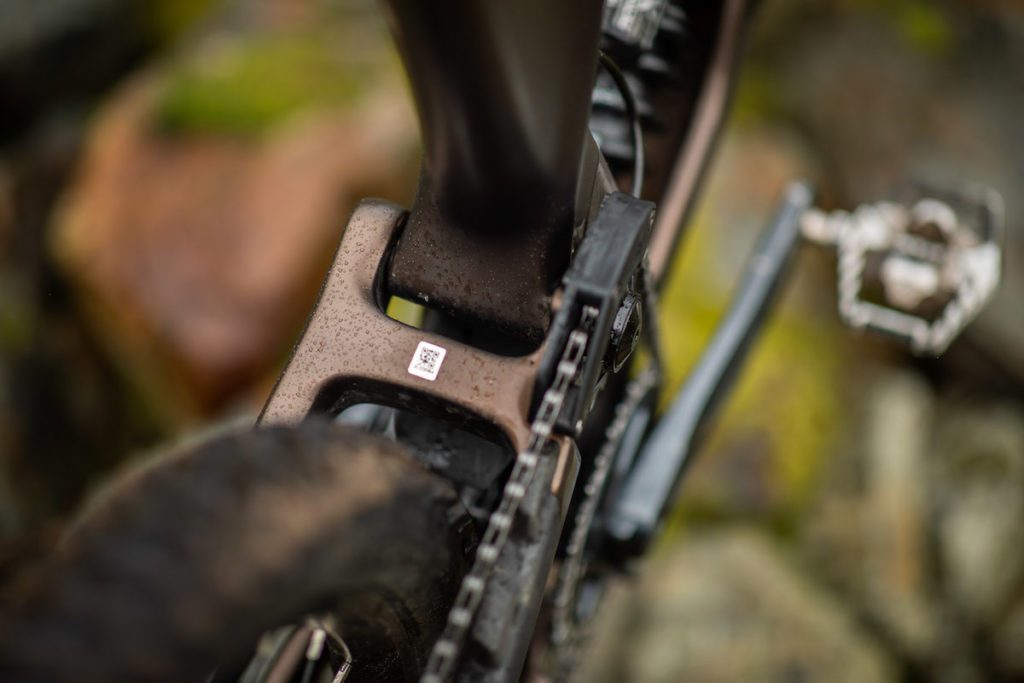 An integrated guide keeps the chain in place securely 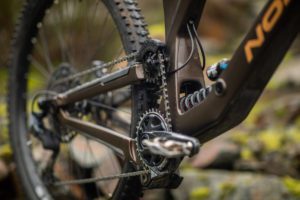 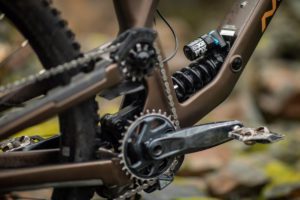 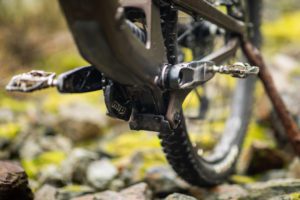 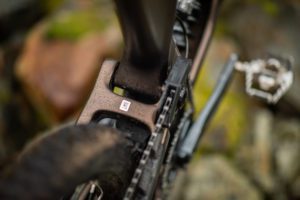 At the center of the Range is Norco’s new Virtual High Pivot suspension design. This combines the rearward axle path of high pivot with tuneable kinematics of a floating pivot. To allow the rear wheel to move freely through its travel, Norco adds an extra pulley wheel, and chain guide, next to the upper pivot point.

On the trail, this produces stability and traction, especially when carried out by the excellent combo of a Fox Factory DHX2 coil shock and matching 170-mm RockShox Zeb Ultimate fork. The Range has a trophy truck feel, where the wheels are moving to absorb impacts but the chassis, and rider, stay stable. It means landings are smoother, the bike seems to just plant the second it hits the ground, and trail impacts don’t bounce the Range off line. That lets you look farther ahead on the trail instead of worrying about, or reacting to what’s happening under you, and ultimately ride faster. Which, for a bike designed to go fast – whether that’s at races or just because fast is fun – means the Range is doing exactly what it’s supposed to do.

The drawback of this trophy truck feel is that the Range is not especially efficient when you’re standing on the pedals. It goes when you’re adding speed downhill, but flat sections and mid-track uphills can be a slog. The Range is designed more around the seated, steady climbing typical of enduro races. It’s efficient enough if you’re sitting and spinning along in the easy gears. The coil does give the bike impressive traction when winching up technical roots and rocks, but you won’t be hunting KOM’s on the climbs. 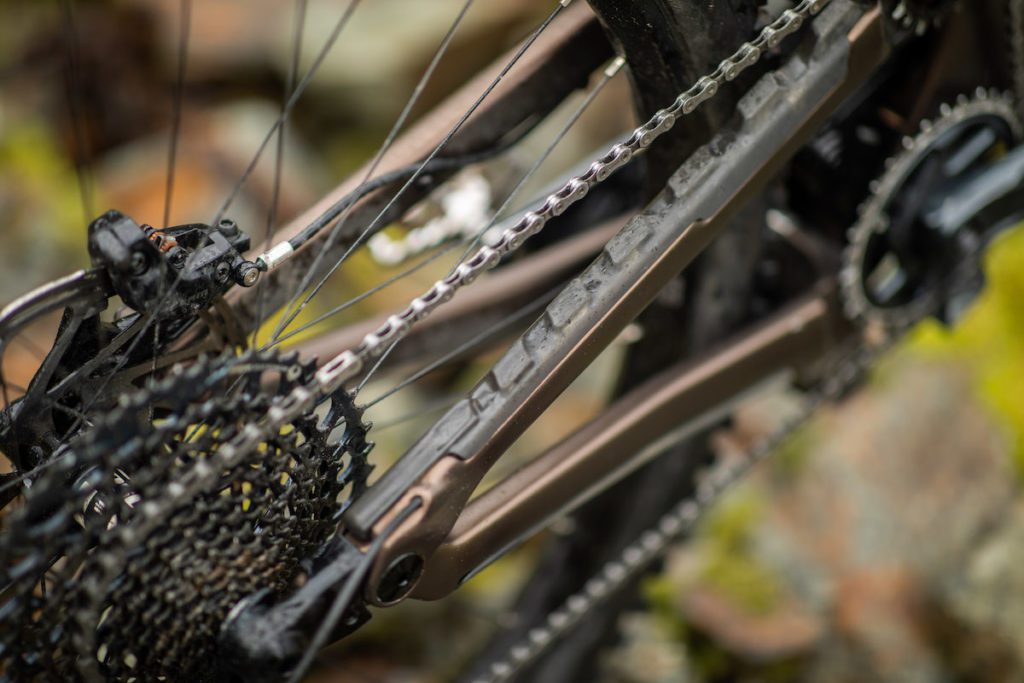 There's frame protection throughout the Range, including noise cancelling rubber across the rear triangle 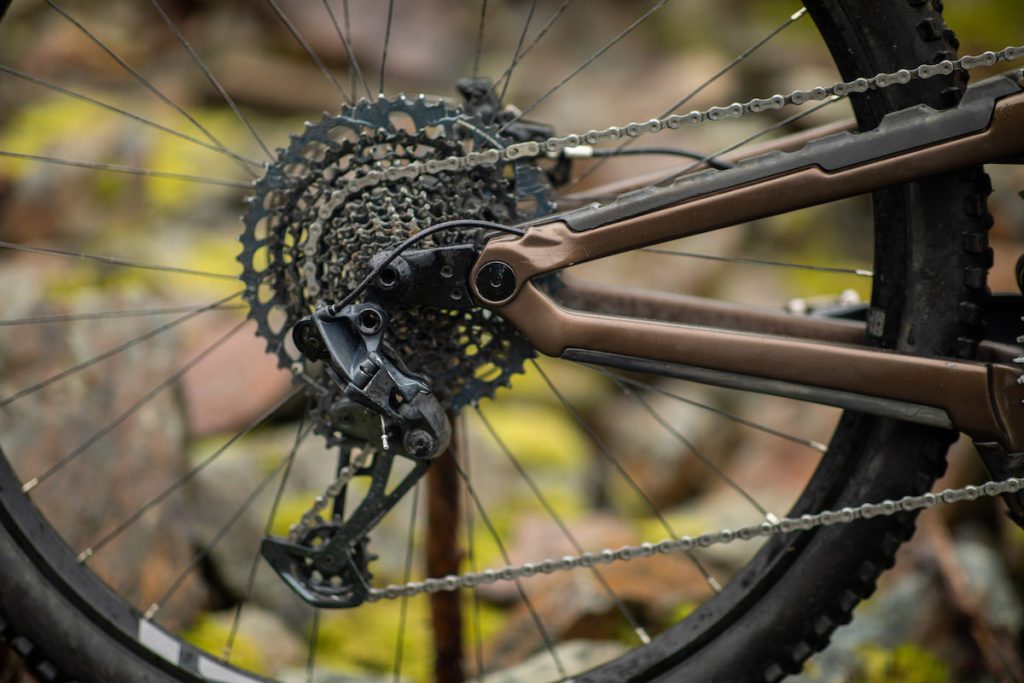 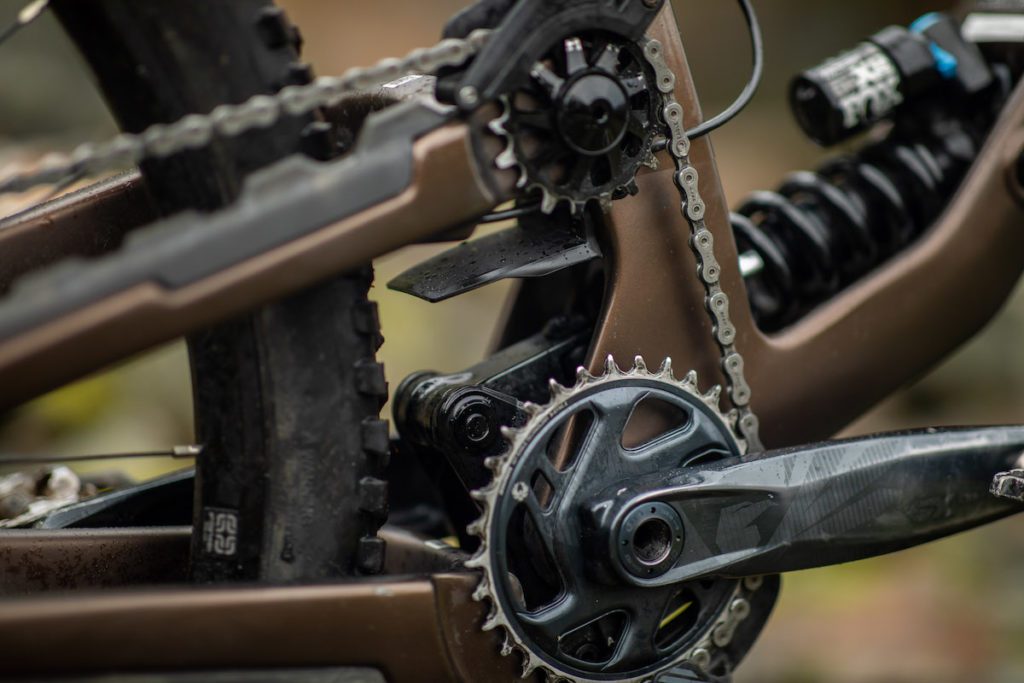 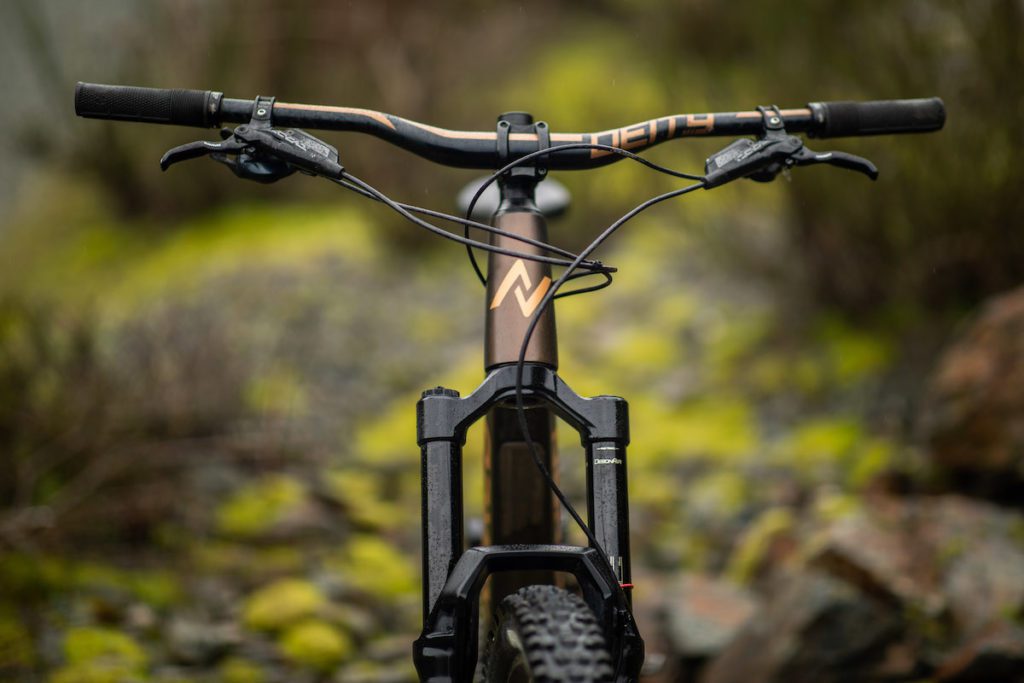 Size-specific tunes extend to the head tube of the Range, along with some colour-matched goodies from Deity 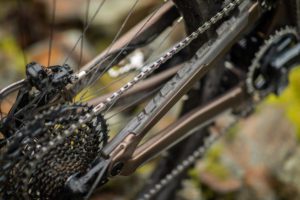 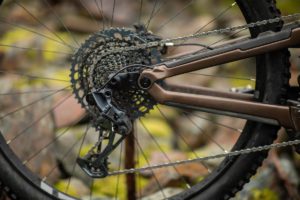 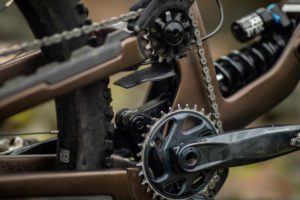 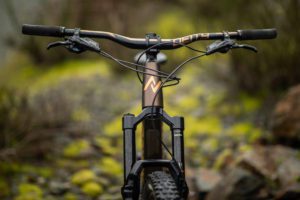 More than just another high pivot

Since Norco unleashed the Range, there’s been a flood of high pivot enduro bikes. The Canadian brand’s new bike has more going for it to distinguish itself from the competition than just it’s pivot placement, though. Norco extends its size-specific geometry to new levels, and tosses in some sharp frame details to make the Range race-ready.

Size-specific chainstays, or rear centre lengths, and seat tube angles are already a strong feature of the Norco mountain bike line. On the Range, Norco achieves the custom rear centre for each size by using different length rear axle chips. Since that keeps the chain and seat stays a consistent length, Norco can make the rear triangle from carbon fibre without having to make four different molds and adding to the bike’s cost. 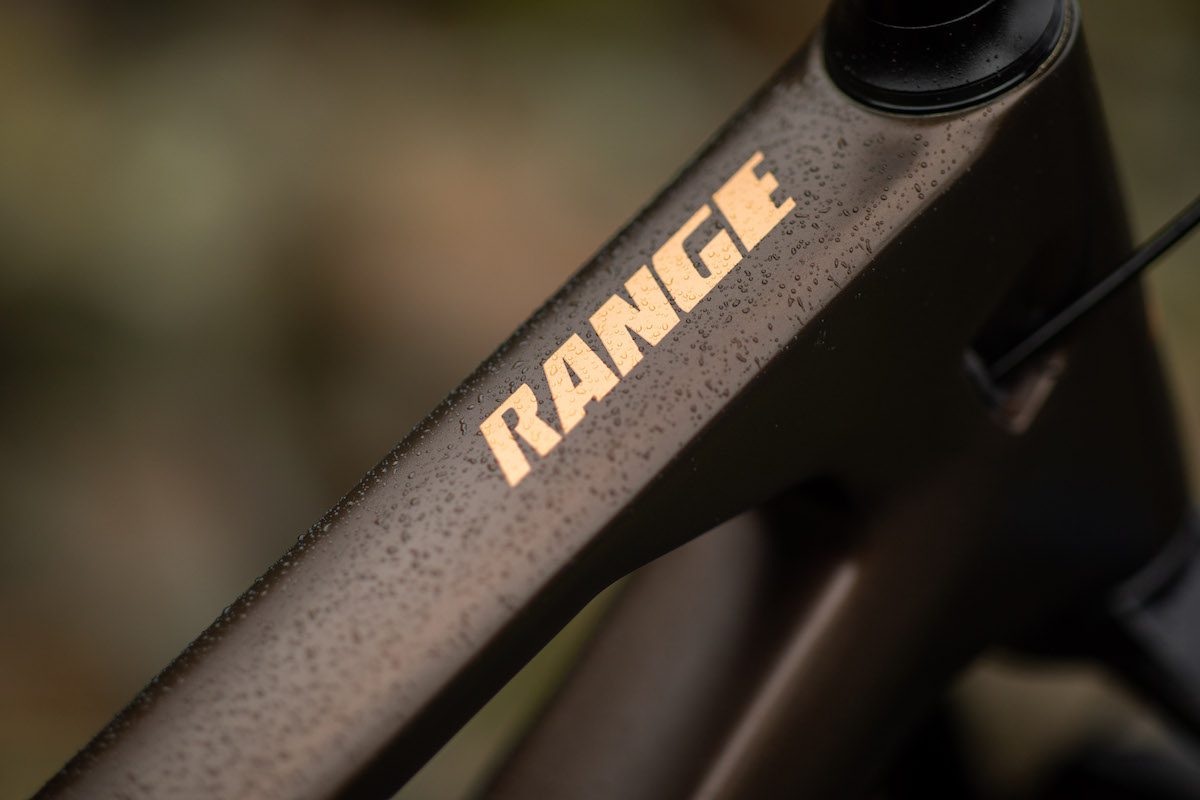 The new part of size-specific geometry is different head tube angles for each size Range. That keeps the distance between the rider’s center of gravity and the front wheel consistent between sizes, so a rider on a Small frame and XL frame have the same ride experience. Combined, the three size-specific aspects make sure the Range is a well balanced ride across the size range. Which seems basic, but is a feature many manufacturers have yet to include in their design.

To make the Range ready for the demands of racing, Norco adds rubber protection as needed throughout the frame. Chain protection, a mini-fender to keep muck out of the shock area as well as bottom bracket guard and a shuttle pad. There’s two integrated chain guides, for the pulley wheel and the chainring. There’s also bolt-on plastic protection for the lower shock linkage. We didn’t hit that much, and definitely not as much as you’d expect looking at it, but it is good that it is replaceable.

There’s also an overbuild head tube and beefy downtube, paired with a slimmer top tube, keeping the Range solid and tracking true on trail. There’s room in the frame for a full sized water bottle, as well as mounts under the top tube to carry whatever else you need on the bike without rubbing the frame. 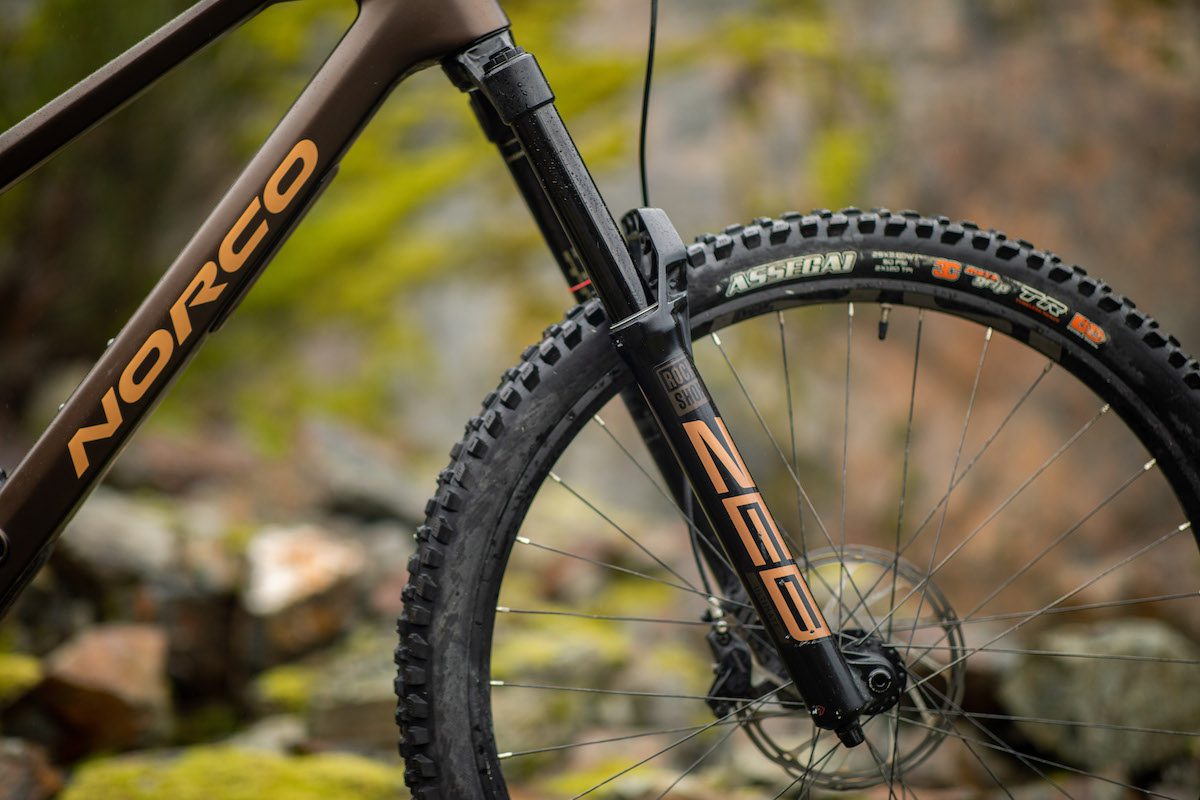 We’ve spent our time with the Range on the C2 model. The middle of Norco’s three-bike line, it rolls in at $9,000. Which isn’t cheap, but the bike does come race-ready out of the box. Norco prioritizes performance where it matters with cost savings where its possible. The C2 comes with the same Fox Factory coil shock that the top-end C1 model does, and the RockShox Zeb Ultimate is a fantastic fork. Putting money into the suspension makes sense when Norco spent three years developing the VHP design, and it pays off in performance on the trail.

That cost is balanced by the workhorse SRAM GX Eagle 12-speed drivetrain and Code R brakes. Both are reliable performers without the price tag of flashier parts. E*thirteen LG1 rims and DT Swiss 350 hubs continue the theme of performance without price. Especially since the Range arrives with proper tires, a Maxxis Assegai 2.5″ up front and Dissector 2.4″ out back, both in the real-world ready DoubleD casing. Deity bars add some flash, especially colour-matched to the bronze-gold colour scheme on the C2, while the TranzX YSP-105 dropper post isn’t flashy, but is one of the most consistent dropper posts out there. 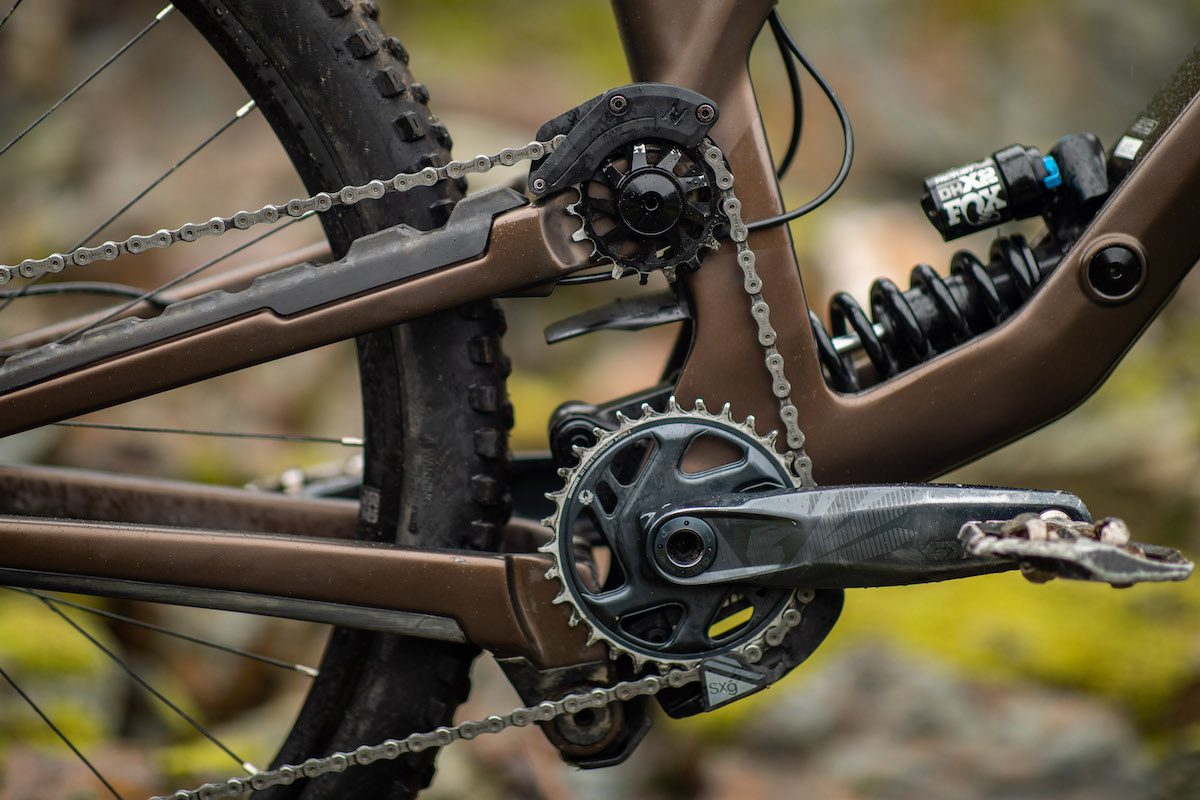 Norco’s high-concept Virtual High Pivot attracted all kinds of hype when it was released and, six months in, we’re still just as impressed as on the first day. It’s a designed to go fast and carry speed through the roughest trails and, short of a full-on downhill bike, is one of the best out there at doing that. Similar to a DH platform, the Range settles in and feels more comfortable the faster you go. It feels like it builds speed through rough landings. Whether that’s actually accelerating or just the lack of the expected hang-up of a normal bike, who knows, but it’s an effect that hasn’t lessened as we’ve got used to the bike.

The Range is all about going fast, and going fast is easiest when you feel like you’re in control of the bike. Norco’s balanced geometry and VHP work together to make a bike that is stable, with endless traction, yet doesn’t feel stuck to the ground or unwieldy. At speed, it actually feels quite lively, for a 170-mm travel racer. The weight is there when you’re climbing, for sure, but the bike is so well balanced that, when you point downhill, it rides much lighter. The Range’s immediate comfort, an effect of balance and suspension performance, lets you ride faster and take on rougher trails. And going fast, or getting through that section of trail that’s always been a challenge, is really fun.

If you’re looking for an all-out enduro race machine, or just want to take on the hardest trails you can find and feel like you’re in control, the Range is an excellent choice.