Mountain biking is going through another period of rapid technological development. That makes Maxxis’ latest anniversary quite remarkable. The longstanding tire company is celebrating 20 years of the Maxxis Minion DHF. More than just a name, the original tread pattern – popular in everything from downhill to trail riding – has remained unchanged for two decades. 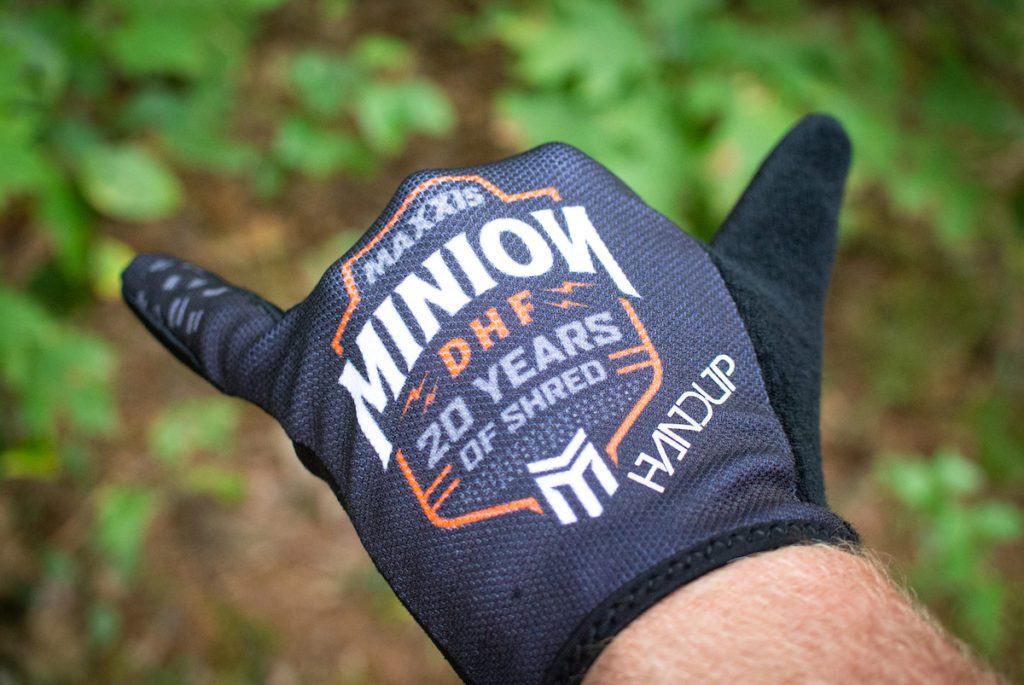 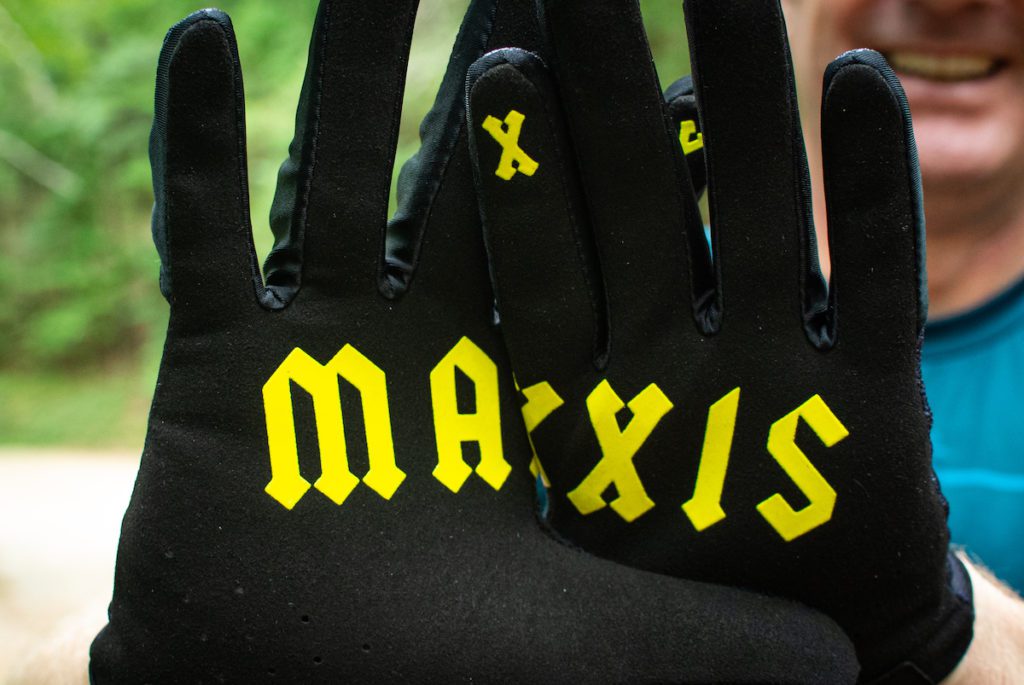 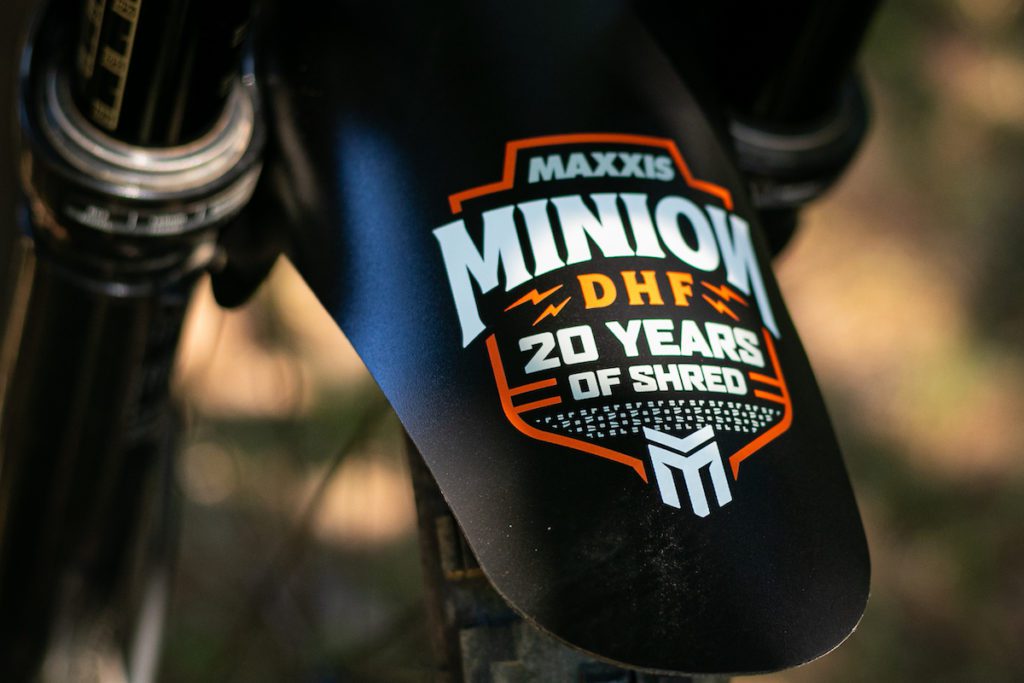 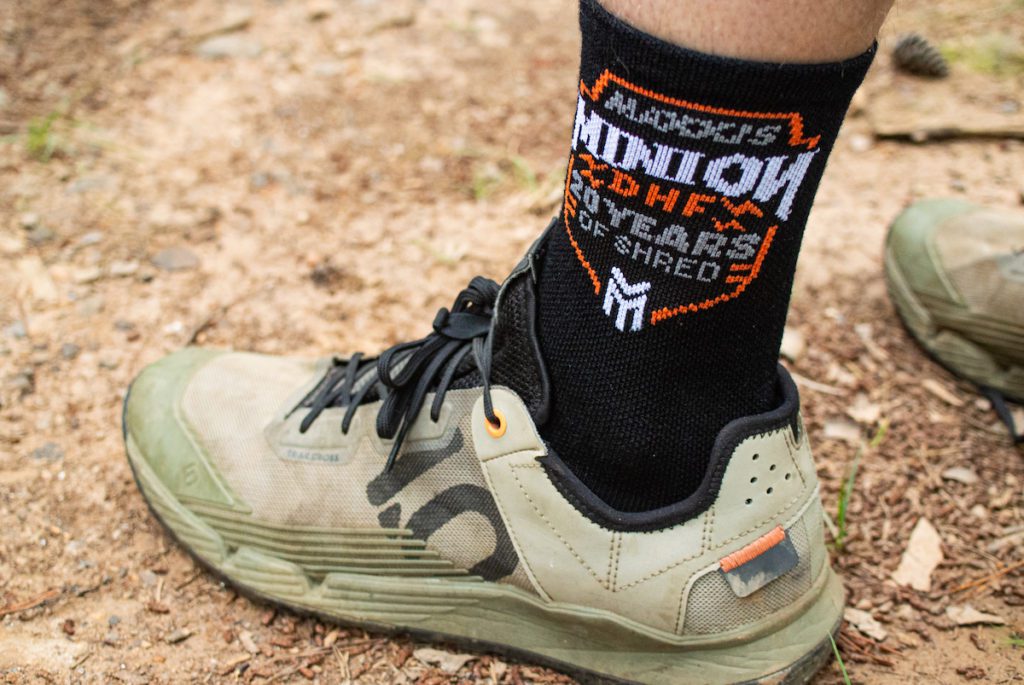 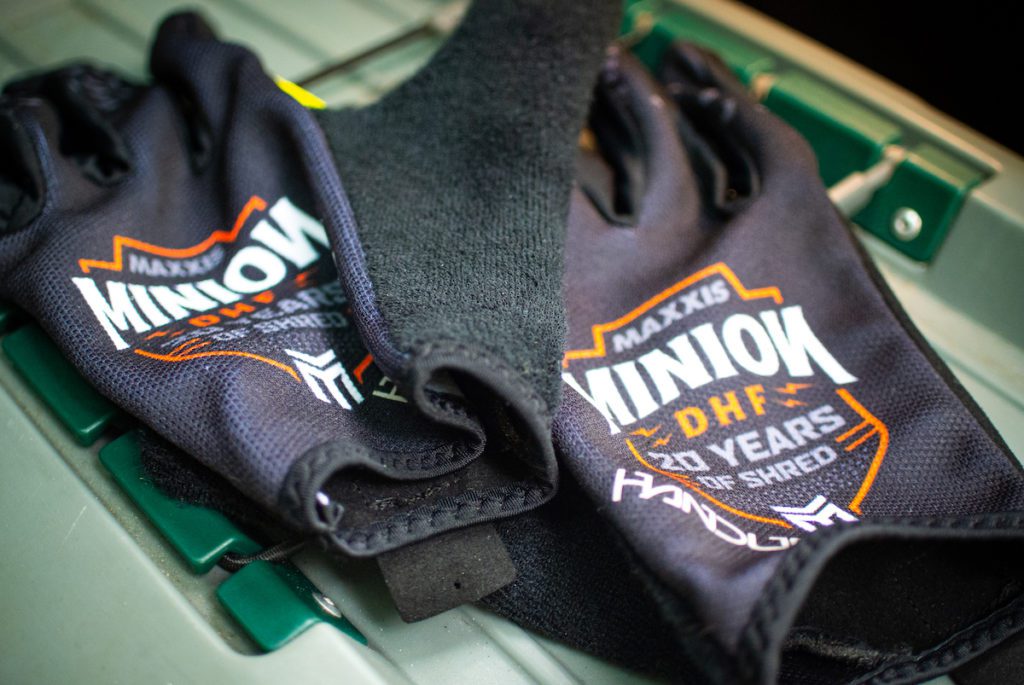 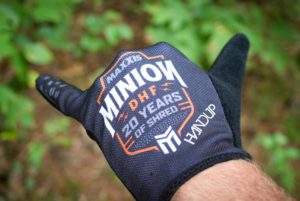 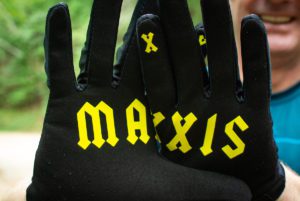 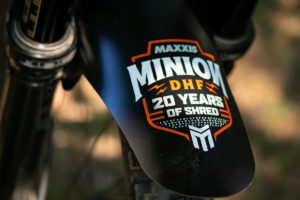 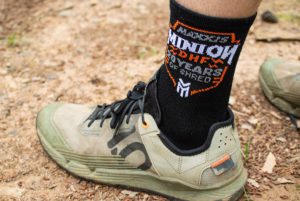 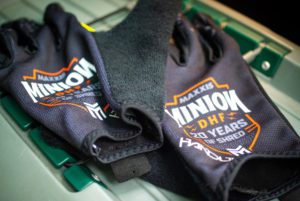 To mark that occasion, Maxxis is releasing a limited production run of Minion DHF with throwback graphics inspired by the original, heavy metal font. There’s also a limited run of apparel, made by Handup, including gloves and socks. All items are available now in Maxxis’ U.S. e-store as of Monday, Aug. 16. Tires will arrive in retail stores worldwide shortly after. Quantaties are, of course, limited. 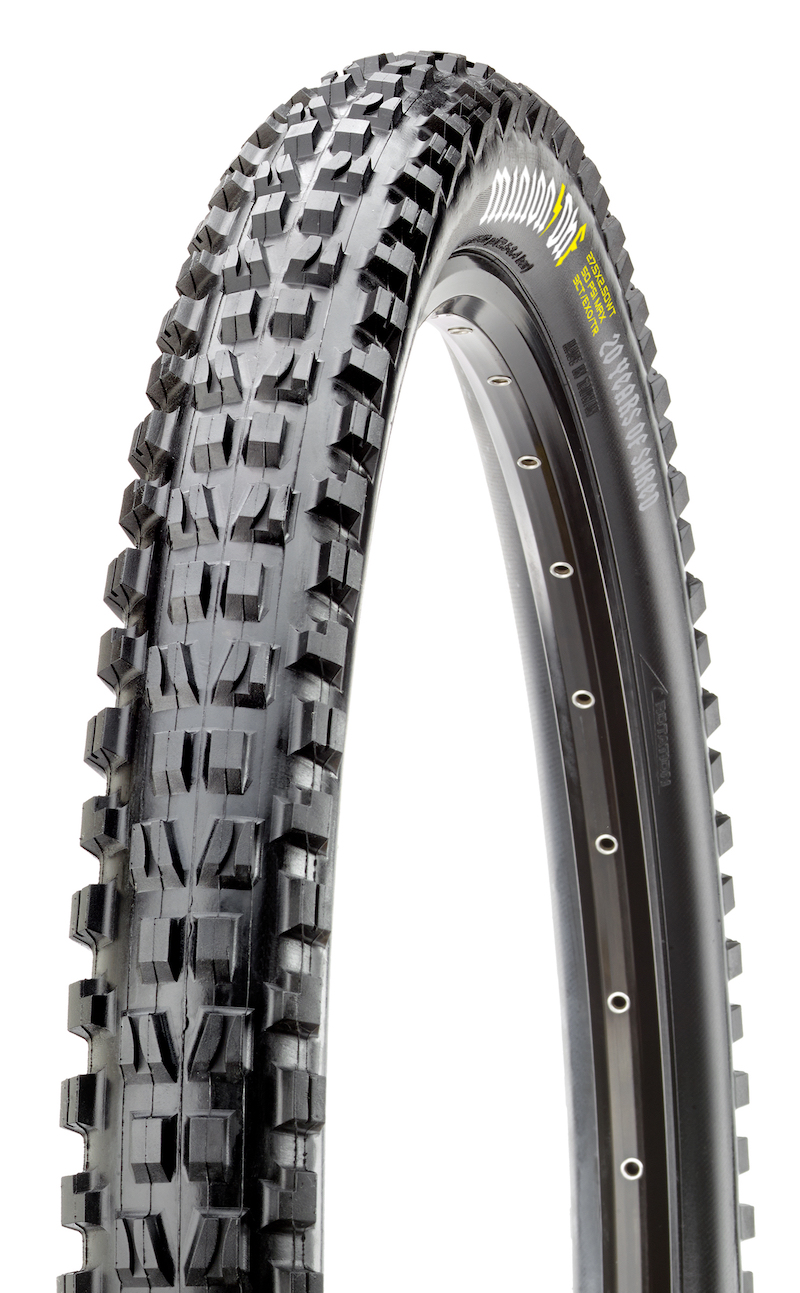 More about the Minion DHF development and history from Maxxis:

This year marks 20 years since the Maxxis Minion DHF touched dirt for the first time. The now iconic tread pattern was the brain- child of Colin Bailey, a rider on the Maxxis factory team in the early 2000s. With large, squared cornering blocks, channel-cut center knobs, and wide spacing, the Minion strikes a distinctive profile.

Known for its cornering capability and rolling speed, the Minion DHF quickly became a favorite of our gravity athletes. Maxxis is proud of what our numerous riders and teams have accomplished over the last two decades aboard the Minion. Competing at the highest levels of downhill, freeriding, and enduro, those riders piloted the Minion to the podium more times than we can count.

As wheels got bigger and bikes more capable, so did the Minion. The tread pattern was scaled up and adjusted to match new sizes and constructions, but the basic layout remained unchanged. Even today, the Minion is a wildly popular choice for trail, enduro, and downhill riders around the world.

To celebrate this 20-year milestone, Maxxis is offering the Minion DHF with throwback graphics on the sidewall along with various celebratory swag. Limited quantities of the tires and swag are available, so act fast!