Norco’s team riders have been spotted on some shiny new XC bikes at the Canada Cup’s and international races already this year, but the Canadian company has been quiet about just what had changed with its flagship cross country race bike. Today, Norco released the fully redesigned 2020 Revolver FS 100, as well as the all-new Revolver FS 120.

With the Norco Factory Racing Team roster moving up the UCI rankings, the new Revolver FS is aimed squarely at the the World Cup circuit this year and the fast approaching Tokyo 2020 Olympic Games. The Revolver FS 100 is the bike Norco thinks its team riders need to succeed at the highest levels of international competition.

While Norco is targeting the Olympics and World Cup’s with the redesigned Revolver FS 100, the Vancouver company simultaneously developed the FS 120. Starting from the advances in rider position and geometry from the shorter travel, XCO focused race horse the 120 pushes further. The longer-legged 120 takes aim at XC Marathons, multi-day stage races, and fast paced all day rides.

Other than adding a second, 120 mm travel option, there’s some significant changes to the Revolver FS design. Norco wanted to move the riders centre of gravity further forward and lower down into the frame. They argue this will allow a more powerful position climbing and through technical sections, while letting riders attack descents more confidently and aggressively. Further, the more forward and low position means riders have to move around less on the bike, saving energy for putting power to the pedals.

In numbers, Norco drops the Revolver FS down to a 68.5-degree head tube angle, with a steeper 76-degree seat tube angle to keep the riders weight forward on the front wheel. The 2020 Revolver has a longer reach and wheelbase than previous generations of the XCO race bike, making the more forward rider position stable on the steeps and at speed.

Norco carries its size-specific rear center lengths forward from previous years. The Canadian brand is one of the few big companies making size specific chainstays, and it is great to see this carry forward. While it adds a cost and complexity for the manufacturer, having different rear center lengths for each size keeps the rider centered and balanced on the bike relative to the different front center measurements of the different size bikes.

The Revolver FS 120 takes the changes Norco made to the FS 100 and carries them a step further. The two bikes share a frame, but have a different purpose in mind. Norco uses the same shock length, but with a longer stroke to deliver a full 120 mm of travel. This is matched by a RockShox SID 120 mm fork up front. The longer travel numbers add comfort for bigger days in the saddle at XC Marathon and stage races, or just fast all-day adventure rides. That’s not the only difference from the FS 100.

The 68.5-degree HTA on the FS 100 slackens even further to 67.4-degrees on the FS 120. Norco specs a dropper post and maxes out the 2.35″ frame clearance with higher volume, more aggressive tires.

Two versions of the Revolver FS 100 will be available, as well as a frameset option ($3,500). All the new 2020 bikes are expected to arrive at dealers in June 2019. The top-end Revolver comes with RockSchox SID Ultimate, SRAM Eagle XO1 and XX AXS parts, and DT Swiss XRC 1200 carbon fibre wheels. Revolver FS 1 100 builds keep the same suspension, but with SRAM XO1 and GX drivetrain and DT Swiss MT1700 wheels. 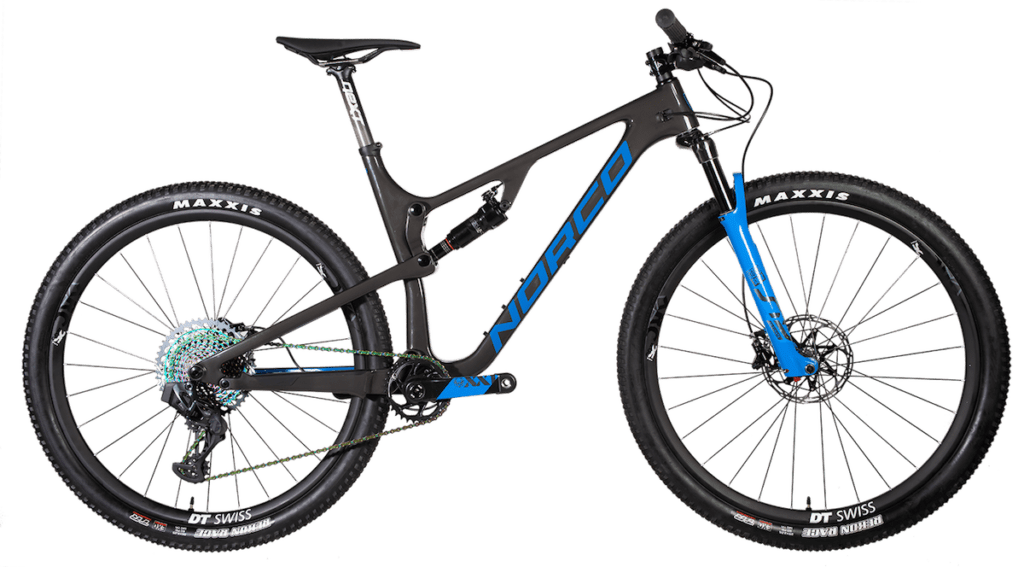 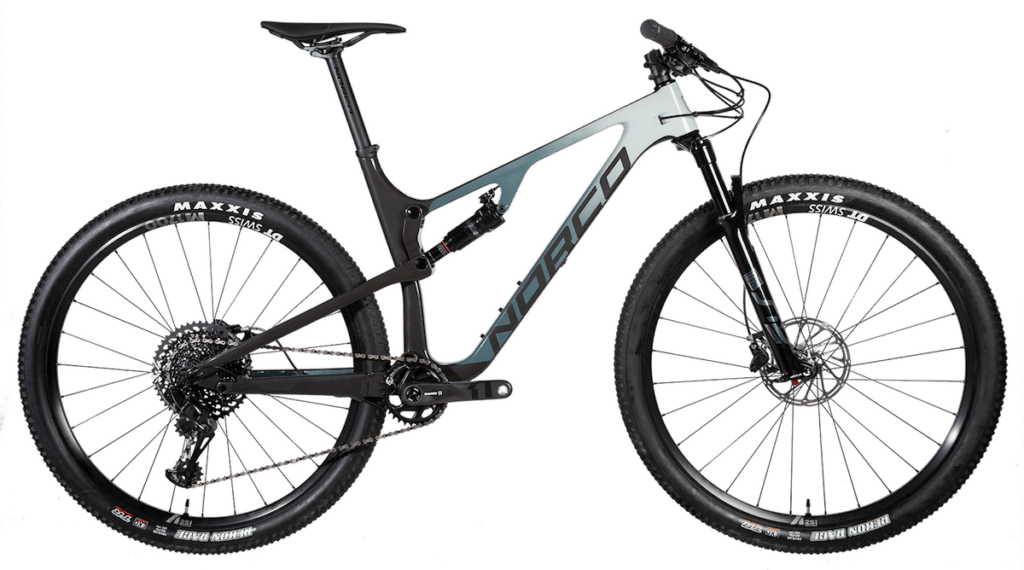 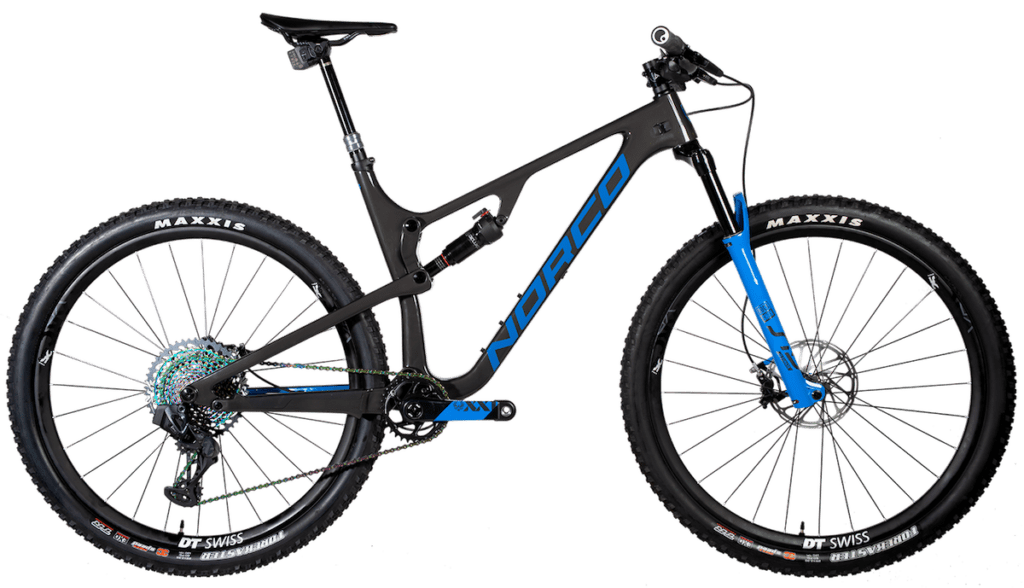 On the longer-travel side, the 2020 Norco Revolver FS 120 tops the line with SRAM AXS 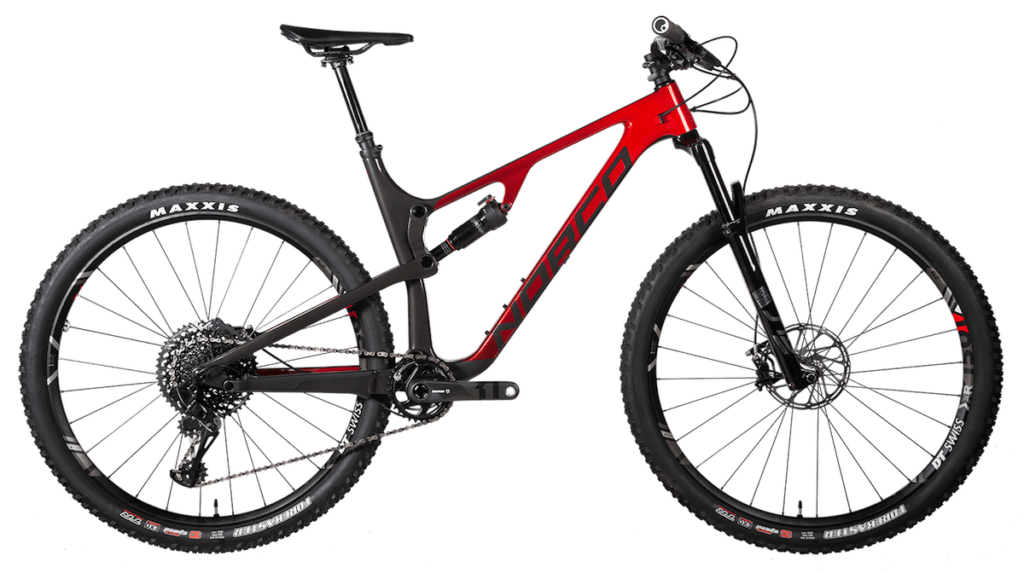 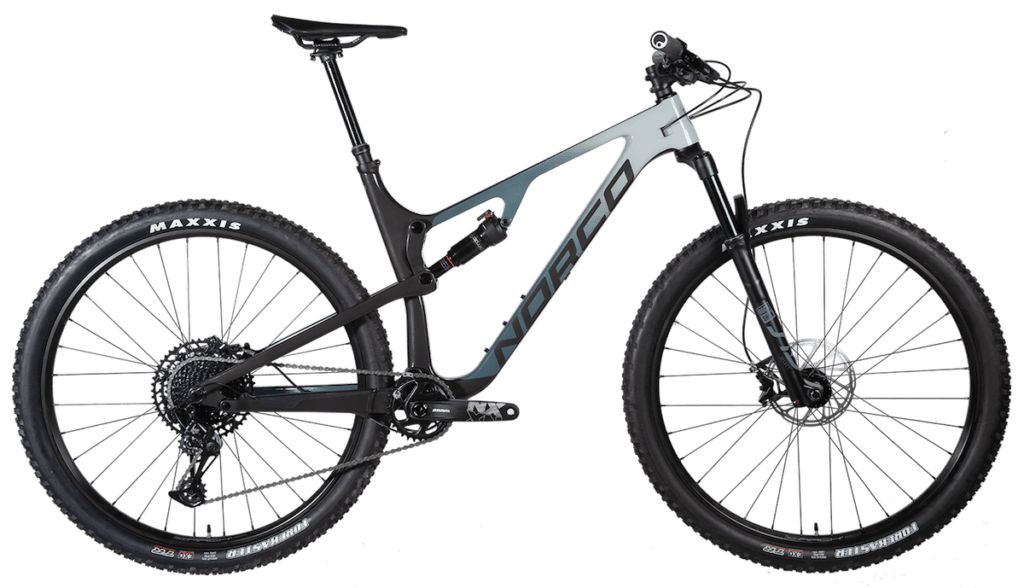 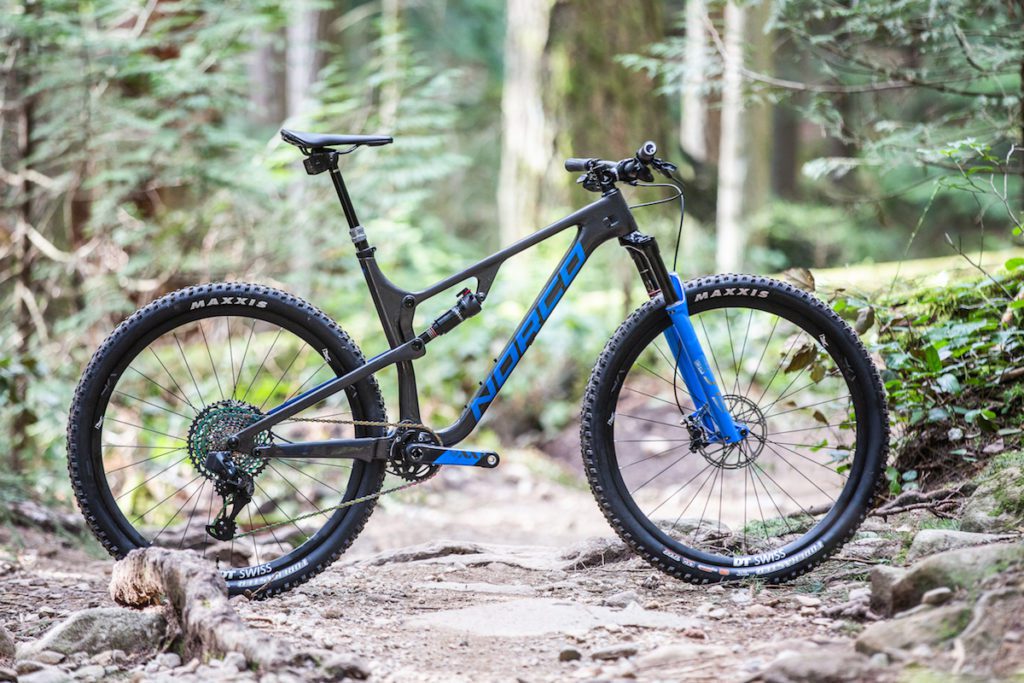 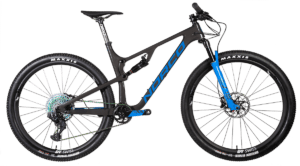 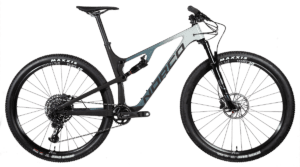 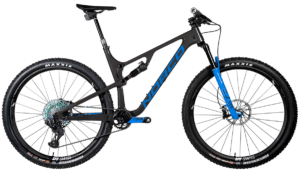 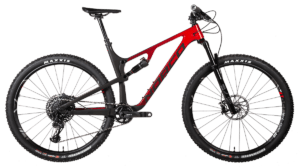 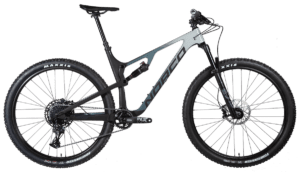 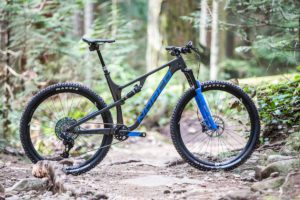