Rio 2016 Olympic Bronze medallist Catharine Pendrel, with her husband and coach Keith Wilson took the first Canada Cup of 2018 as an opportunity to launch their new development cross-country mountain bike team, Pendrel Racing. Starting with a roster of three young riders, the team recently launched into its first racing season at the Bear Mountain Canada Cup in Victoria, B.C.

The initiative is described as a passion project by the Kamloops duo. “Our goal with Pendrel Racing is to provide mentorship and quality equipment to promising developing athletes at the time in tehir career when that support can have the greatest impact,” said Pendrel, who competes at World Cup’s around globe for Clif Pro Team. “It is something we have wanted to do for a while, and last October, pretty late in the sponsorship game, we decided to just dive in and create the team.”

The projects is an opportunity to share Pendrel and Wilson’s extensive racing experience and expertise and give back to the sport has shaped their lives over 11 years of World Cup racing and coaching. The program is starting with three riders in 2018, but there’s plans to build the program over time in a way intended to offer the right support at the right time to accelerate the athlete’s pathways to the podium.

“When I was getting started it was the local bike shops that stepped up to give me a bike for the season, a team to race for, and training and racing advice that really made a difference and helped me bridge the gap from privateer to pro. I think it’s so important now for me to be creating these opportunities for the next generation.” 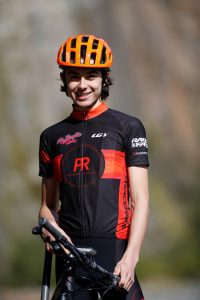 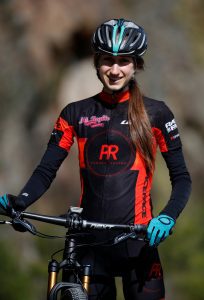 Holden Jones of Squamish B.C., already has a major result on his resume, having won Bronze at the 2017 World Championships in his first-year as a junior. The performance replicated his bronze from Canadian nationals in Canmore, Alta. earlier in the summer. 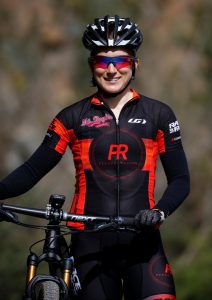 The team will ride Orbea Oiz 29″ bikes, with RaceFace components and wheels and Fox suspension. Pendrel Racing will roll on Maxxis tires, with SDG saddles and grips, and additional support provided by Live to Play Sports and Garneau.

“We were very lucky to be able to draw on local businesses, like Revelstoke’s Mt Begbie Brewing and my Clif Team sponsors, with a special shout out to RaceFace to build a solid team on short notice,” said two-time World Champion Pendrel.

The team had their first appearance at the Bear Mountain Canada Cup on March 31st in Victoria, B.C where Jones claimed the Junior men’s win and Nieuwold and Unterberger finished 11th and 13th in the Elite women’s race. The team was able to celebrate its success at the season opener with its founders, as Wilson and Pendrel, who won the women’s Elite race, were in Victoria for the event. For Jones, that meant he ended his weekend wearing the same Canada Cup leaders jersey as Pendrel.

Jones, Unterberger and Nieuwold will be racing Canada Cup events throughout the season, as well as Canadian national championships and select World Cups. First, though, the team is off to California this weekend for the first round of US Cup racing.

In addition to the team’s equipment providers, Pendrel Racing will enjoy support from the following community businesses that wanted to invest in these riders: Mt. Begbie Brewing, VW of Kamloops, the BC Enduro Series, Balanced Footcare, Spoke Bikes and Skis and Clif Bar.