Coming into stage 3 I was nervous, to say the least. It was promised to be the hardest stage of the race, and I was already feeling the effects of 2 days of hard riding. Upon arriving in Mount Saint Anne my nerves were replaced with excitement when we took the gondola to the summit for the start if the race. With the St Lawrence river and Quebec city in the backdrop, we started by descending the mountain. 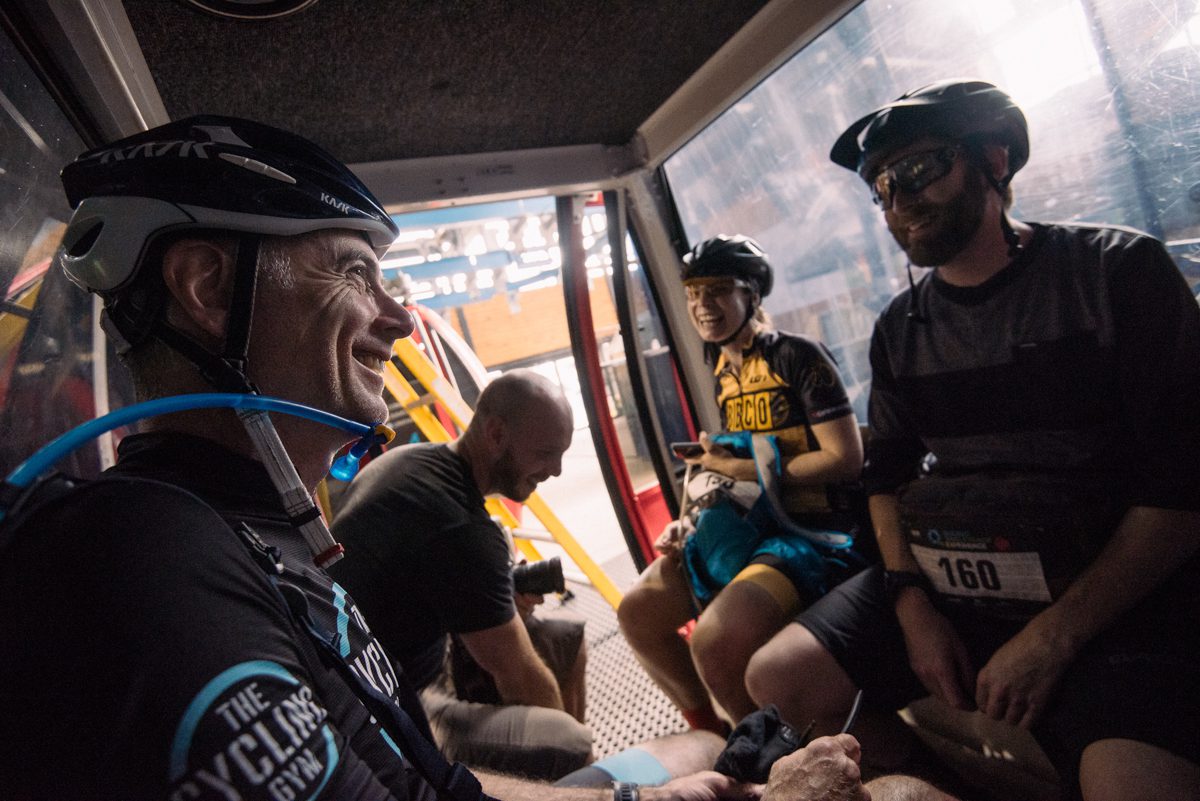 Personally, I loved starting with a big descent, and this one was a big one. We weaved down the mountain and even rode some of the mellow sections of the DH world cup course. Of course with such a technical and fast decent, flats were not uncommon on this section and as always on steep trails with a tight field passing was sketchy, to say the least. That’s racing, and as always we had to pay for our fun descent and eventually spit out of the forest and began climbing. 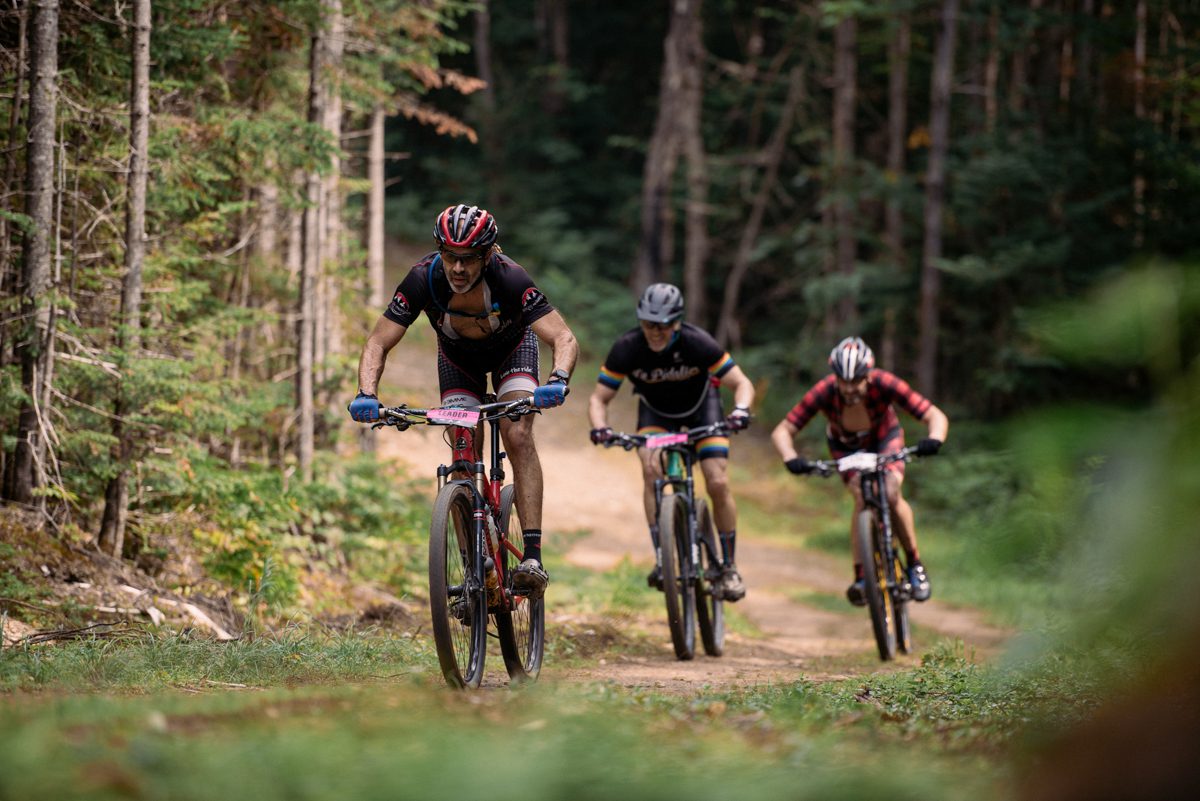 The day’s profile showed 1438m of elevation gain and we did a good portion of that on our first ascent. I set into a pretty mellow pace since there was still a long way to go, and I was joined by several others as we made our way up the rocky climb and dropped into our first piece of singletrack. It’s worth noting that we rode almost 50km of trails today and most of it was singletrack. In fact there has been very little double track or path riding when compared to the amount of proper singletrack up to this point overall. So far the race has really stayed true to its name.

It’s no surprise that the UCI chooses Mount Saint Anne to host the only UCI world cup mountain bike race in North America. This place really has it all. We rode beside a beautiful river on technical rooty trails, we rode fast and flowing pump track style trails, we rode smooth winding trails through the woods which took us to some of the most fun downhill trails I have ridden. 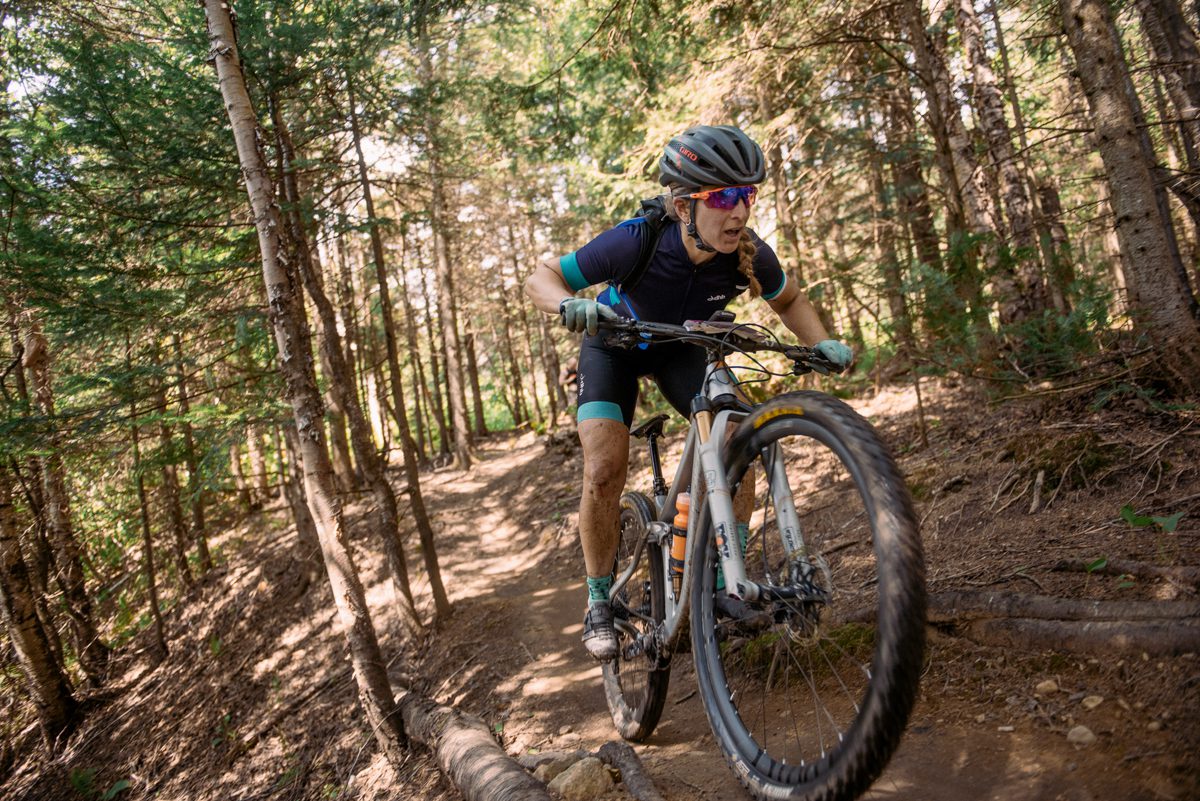 With so much variation of trails and riders today, one of the highlights was hearing stories from racers afterwards. From chronic flat problems and broken chains to bonking on climbs and close calls on descents. Someone even lost a pedal. The word epic was thrown around a lot. The best part is the theme was consistent throughout. Everyone had a great day riding some of the best traIls Quebec has to offer. Over dinner chatting, I heard more that one person say it was the best day on a bike they had ever had. The ride might not show up in any UCI history records, but today I think many people made some history of their own.