Rebecca McConnell took her first World Cup win in Brazil. The Australian backed that up with her first Short Track World Cup win on Friday in Albstadt. The 30-year-old’s winning streak continued on Sunday with McConnell earning herself a perfect World Cup weekend with an XCO win.

McConnell (Mondraker-Primafloor) wasn’t uncontested in her quest for the win on Sunday. 2016 Olympic champion Jenny Rissveds (Team 31) battled through to the penultimate lap, holding McConnell’s wheel for the vast majority of the race. Close behind, a French duo of Pauline Ferrand-Prevot (BMC) and 2021 World Cup overall winner Loana Lecomte (Canyon Cllctv) kept the pressure on the leaders. 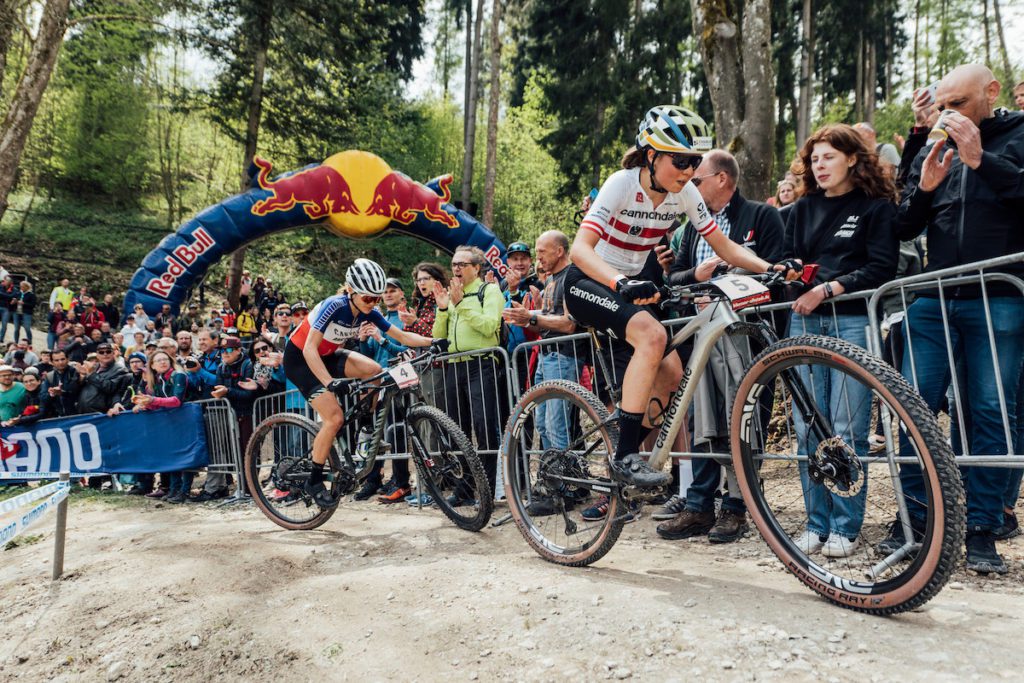 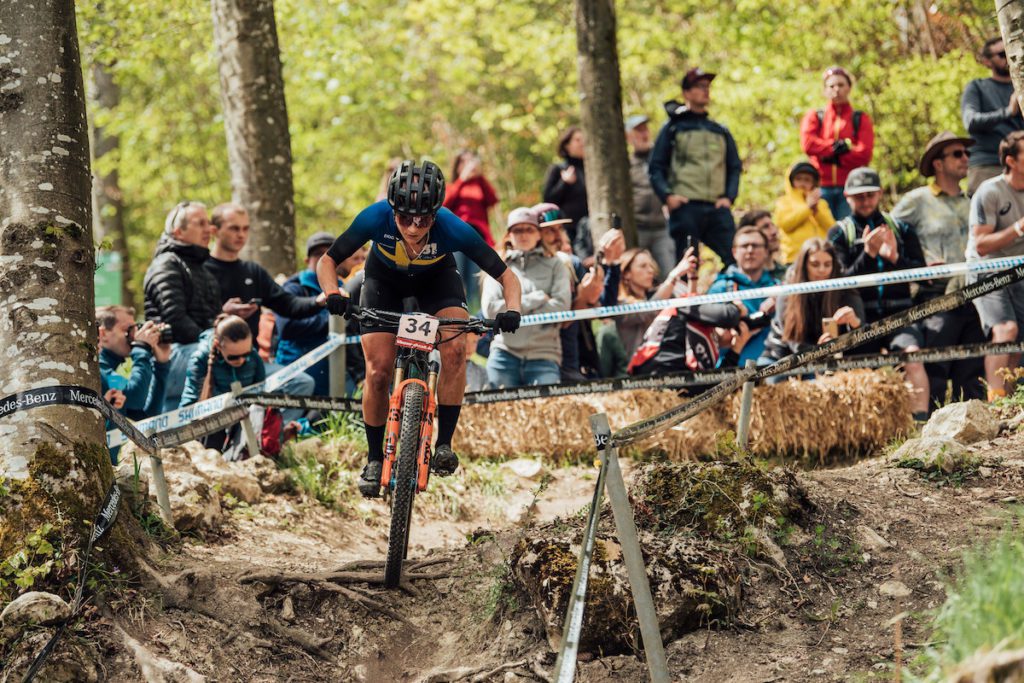 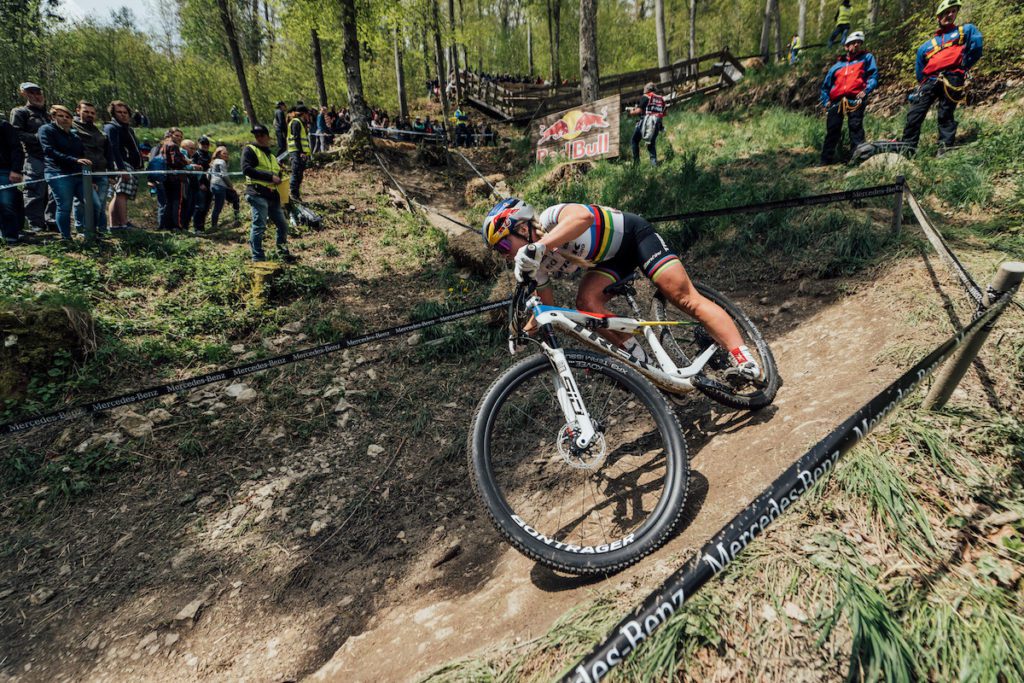 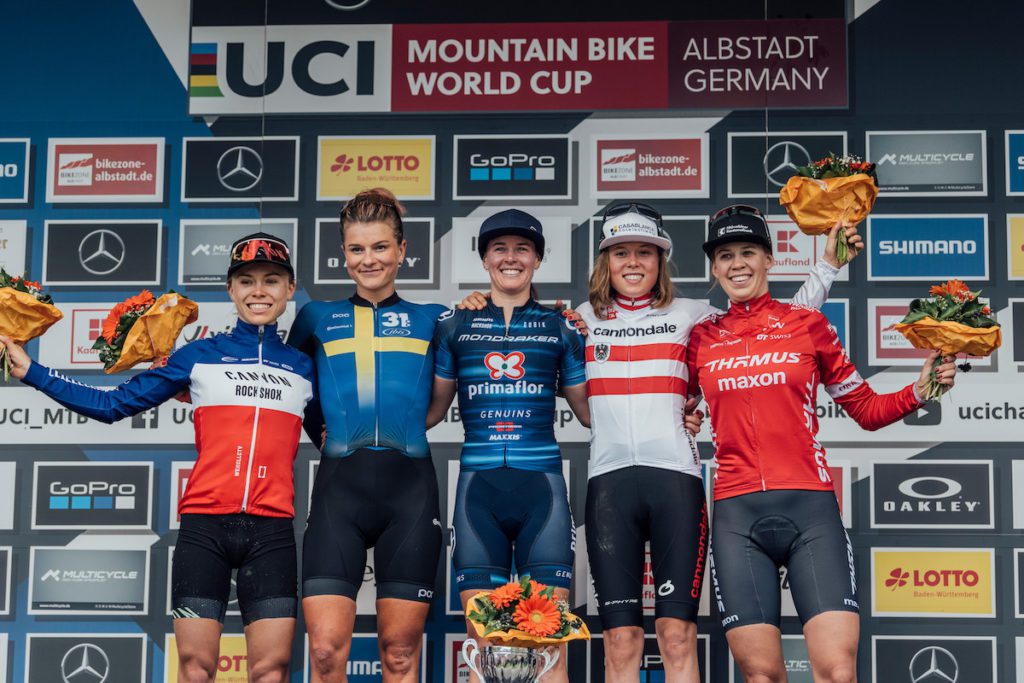 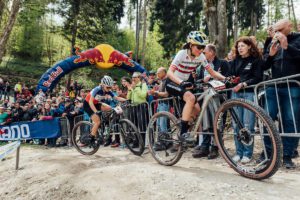 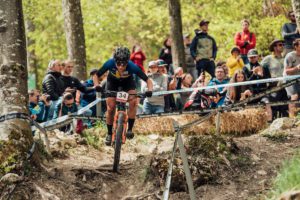 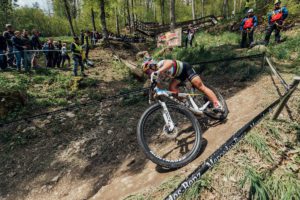 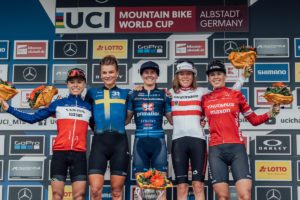 “It is just incredible. Jenny and I have very different strengths. She can play games more and I need that consistent speed throughout the race. I just tried to be patient and then I thought I needed to give it a shot. When I made my move, I was able to make it stick.”

Rissveds held on to finish second. 2021 under-23 champ Moana Mitterwallner (Cannondale Factory Racing) worked her way through the field to take third ahead of Lecomte in fourth and Allesandra Keller (Thomus Maxon) in fifth.