Santa Cruz bills its 5010 as the “fun size” play bike for trail riding. While the 27.5″ bike is definitely fun, the major update to the 5010 makes it much more well-rounded without losing touch with what made it so exciting to start with.

Long-time fans of the middle child of wheel sizes can look to the 5010 as an excellent example of why 27.5″ is here to stay. Santa Cruz designed the bike around the wheels, not as an afterthought to a new 29″ model, and it shows. For anyone still not sure what 27.5″ has to offer, the 5010 serves as a clear answer. The bike is exciting to ride and, with no pretense of appealing to the racer crowd, focuses on the type of playful riding that makes mountain biking so much fun.

The most drastic difference from the previous 5010 is in the frame, which now uses Santa Cruz’s lower-link VPP suspension. Moving the weight low on the frame works well with the 5010’s generally low-slung design, adding to an already impressive cornering capacity. Mix in the Reserve 30 Carbon wheels, and the bike pops out of corners, fast.

Santa Cruz also added new features to help weather everyday abuse, and less visible updates to make the 5010 work for every rider. The carbon fibre frame is protected along the chainstays and bottom bracket, as you would expect from a modern trail bike. It also has an integrated tailgate protector, higher up the downtube. This keeps that wonderful matte blue finish safe when loading the bike in the back of a truck.

To keep the 5010 experience consistent for all riders, the chainstays are size-specific. This is something more, but still not very many brands are doing. It helps keep riders more centered on the bike, and keeps handling characteristics more consistent between sizes. On the 5010, chainstays grow by about 3mm between sizes. From 423mm on the XS and S, up to 432mm on the XL. 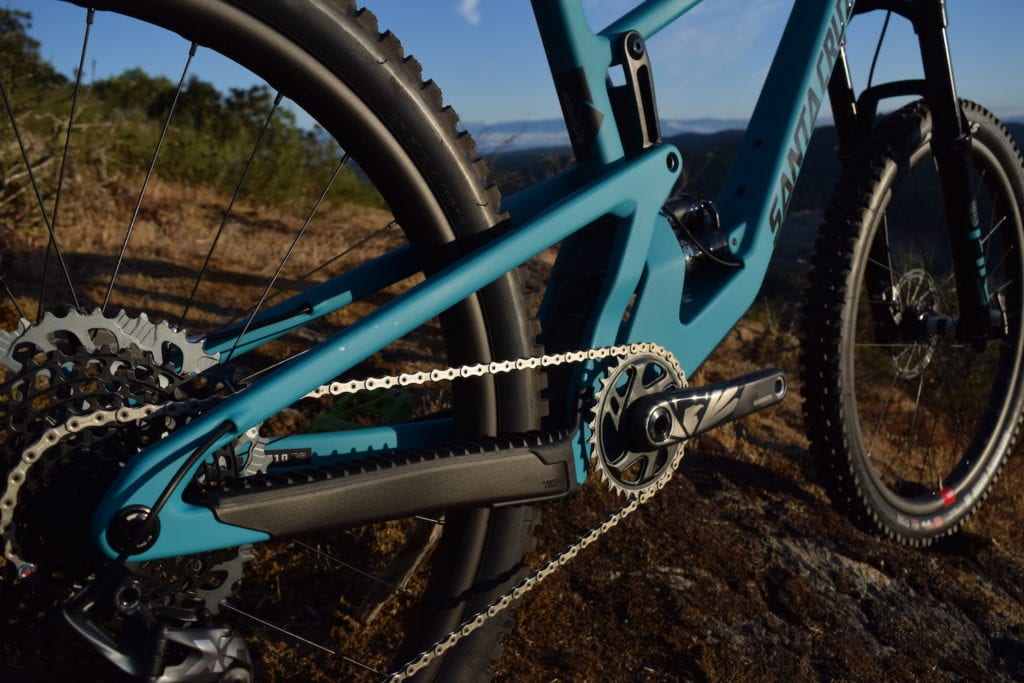 Size-specific chainstays keep the 5010's ride feel consistent from S through to XL. 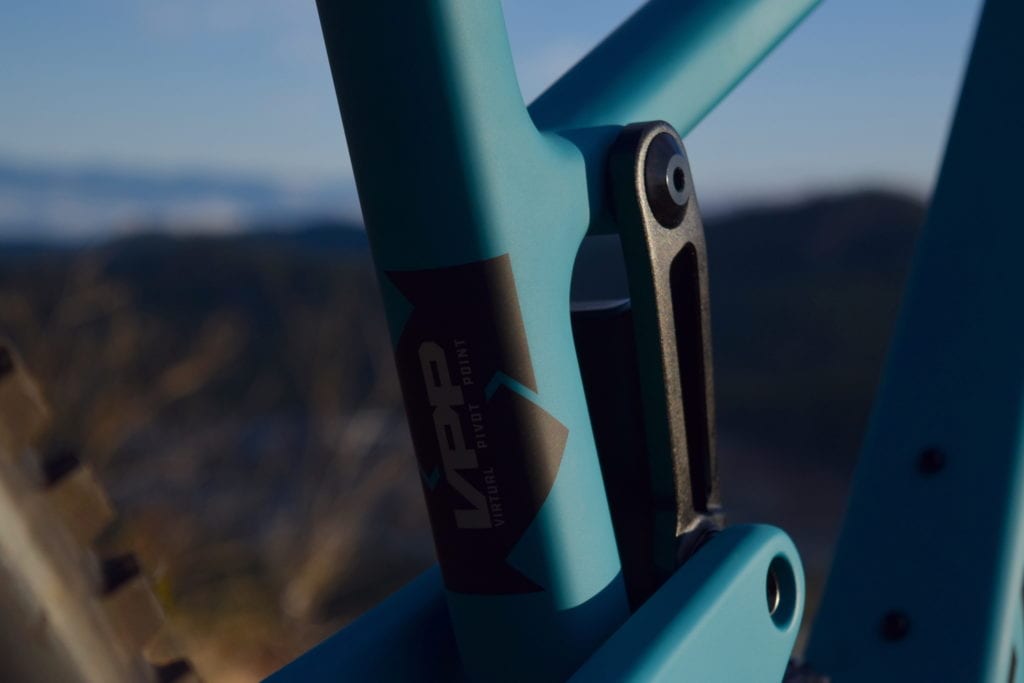 VPP isn't new, but moving the pivots - and weight - lower on the frame pay off in performance 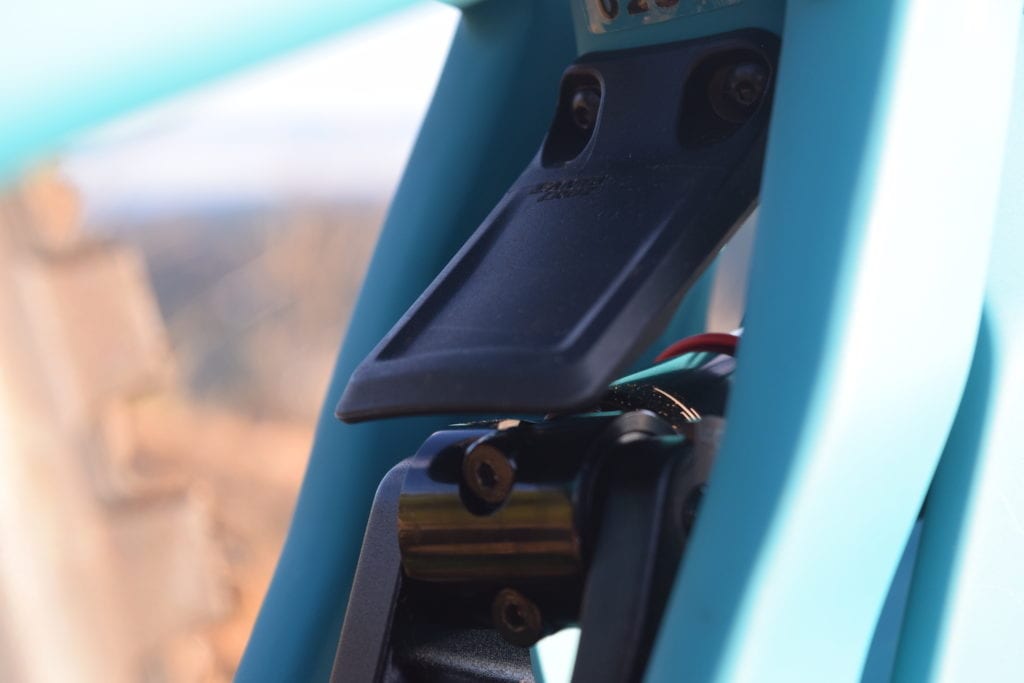 To keep the shock's shaft safe from trail debris, Santa Cruz add's a mini-fender - or "loam shelf" - to the 5010 frame 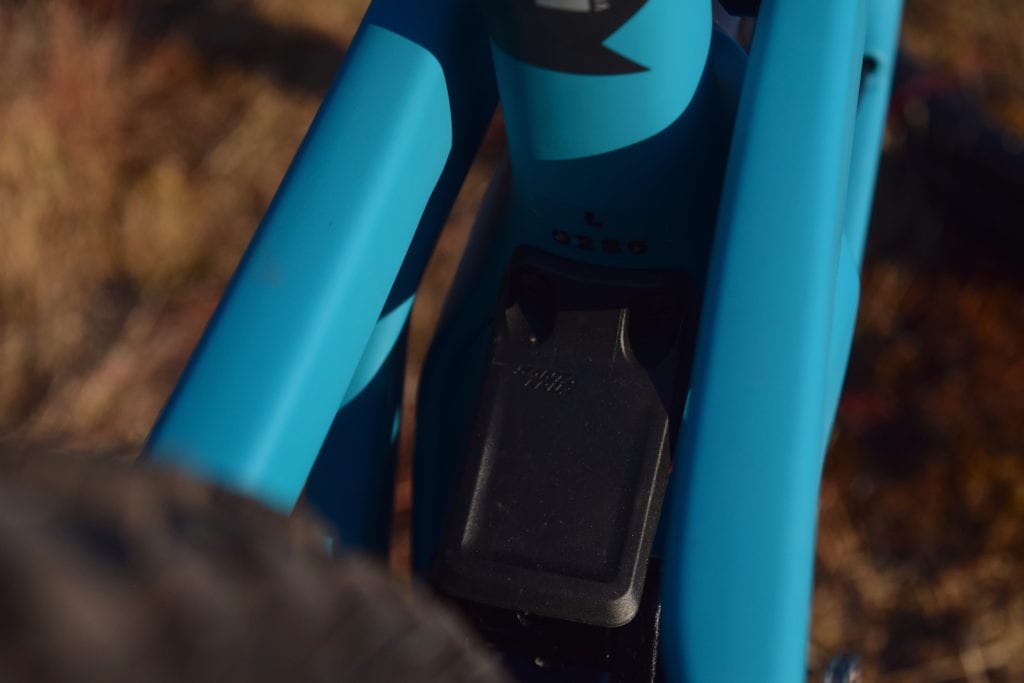 With Maxxis' extra-grippy DHRII tires, you can hear the mini-fender at work, deflecting errant rocks and much away from the shock 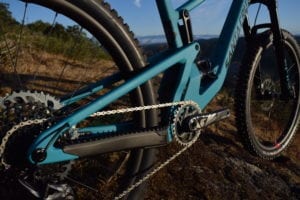 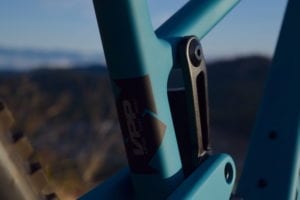 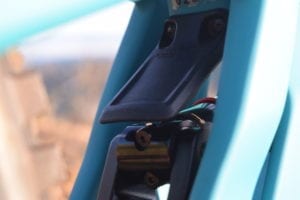 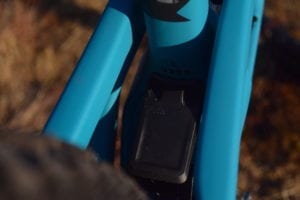 Santa Cruz says the lower-link VPP is supposed to feel like more than 130 mm, but really, the 5010 just handles what travel it does have very well. Harsh bottom-outs are rare, even when pushing the limits of the 5010’s 130-mm travel. Instead, the suspension starts smooth and provides more support as you work deeper into the travel. Whether you’re pushing through corners and pumping down a flow trail or hitting rocks and roots looking for more chances to catch air, the 5010 gives you the support you need to take flight and come back down to earth still in control.

While the bike is designed for fun, the new lower-link VPP suspension design does make the 5010 climb efficiently, especially on technical trails. Santa Cruz is one of several brands that realizes a slightly more active suspension design is better for climbing than a rock-solid pedalling platform. (You still have a lock-out switch on the RockShox Super Deluxe Ultimate for riding smooth or paved climbs.) Letting the suspension stay active on inclines lends the 5010 traction, aided by 2.4″ Maxxis DhR II tires, keeping the tires glued to the ground without ever being so active that pedalling feels bouncy or like your effort is going to waste. 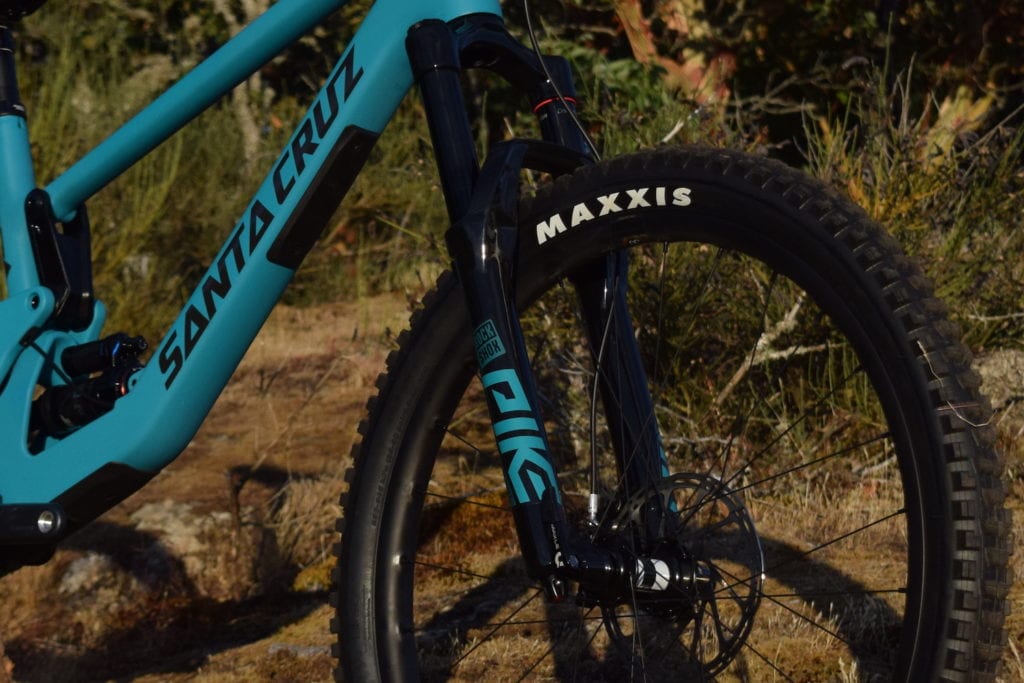 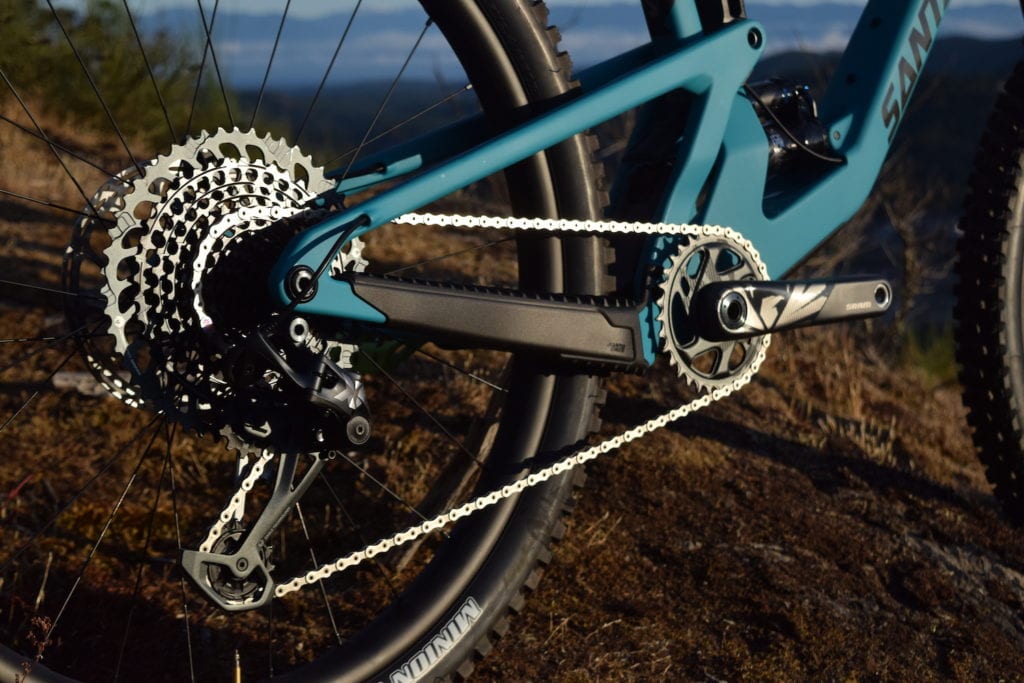 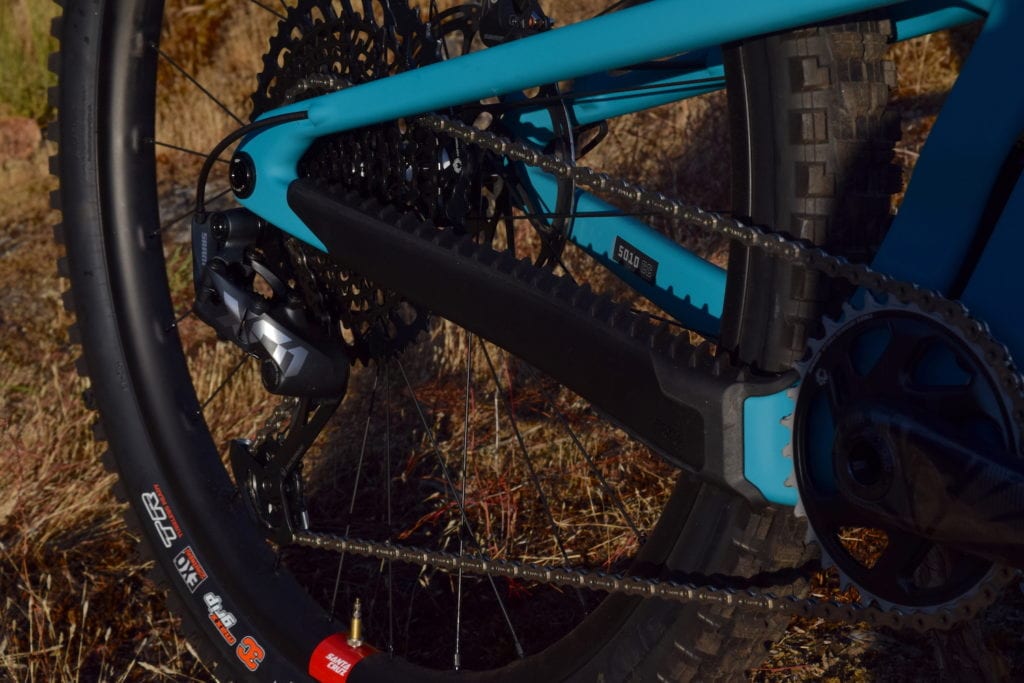 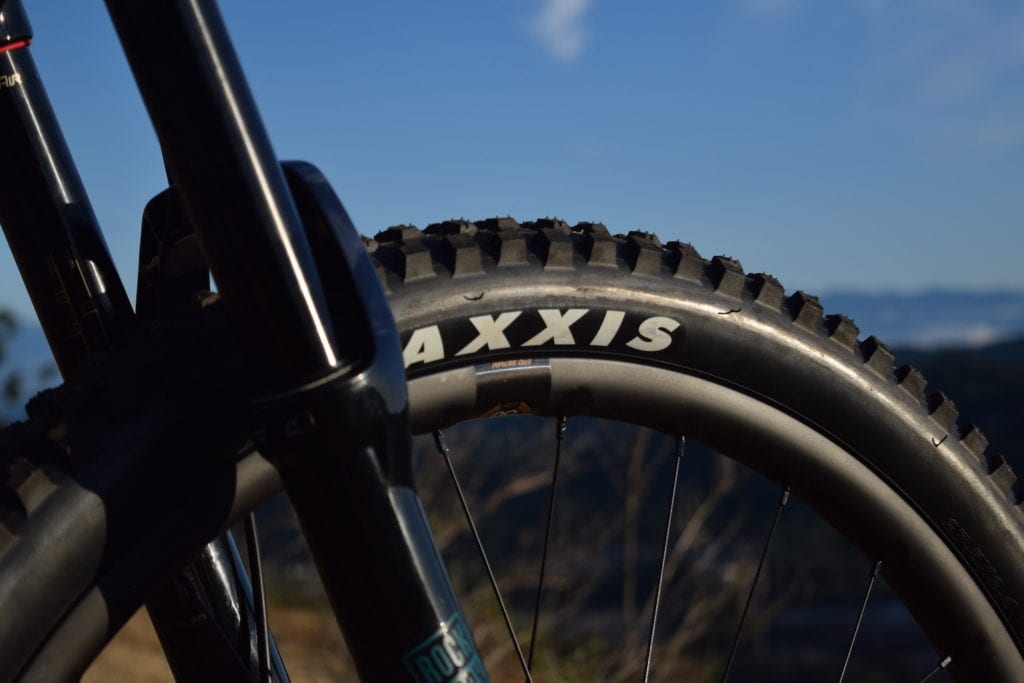 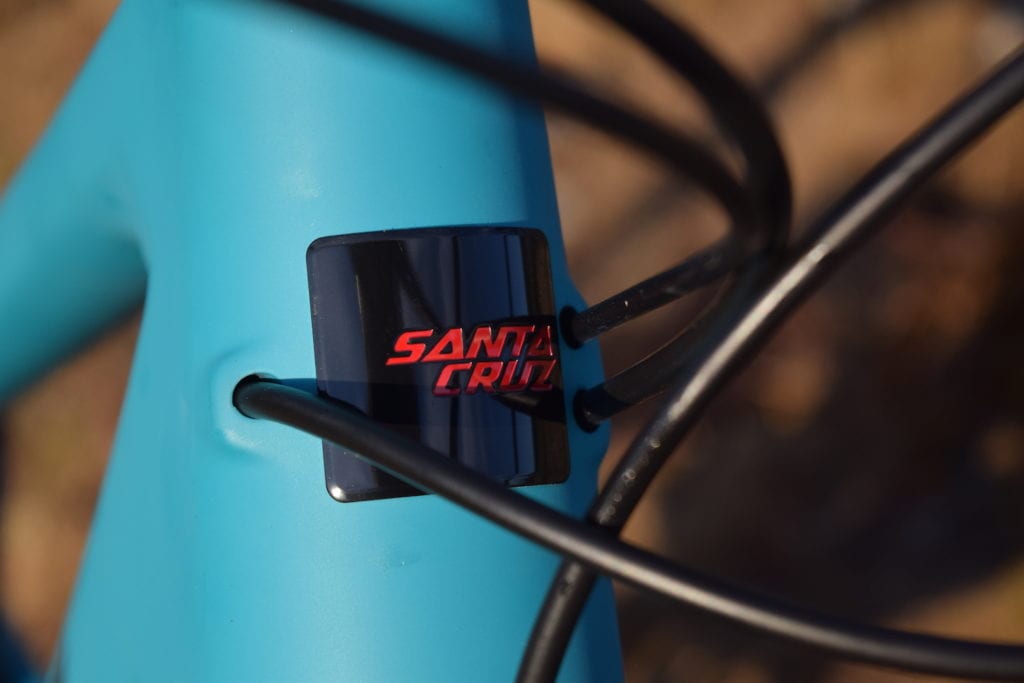 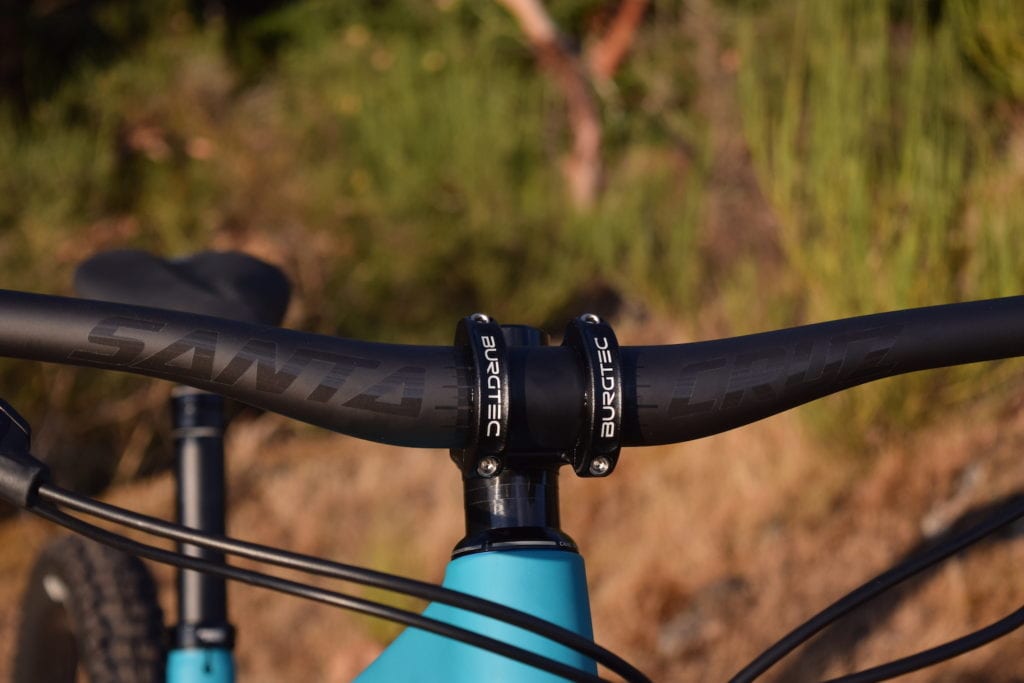 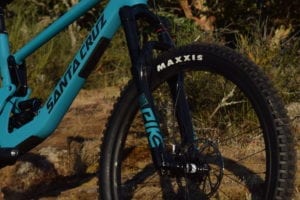 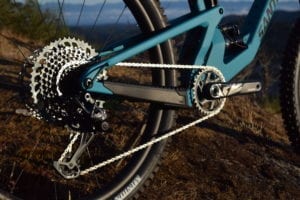 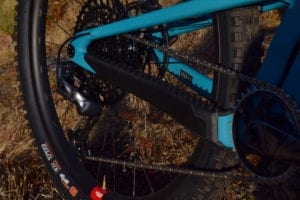 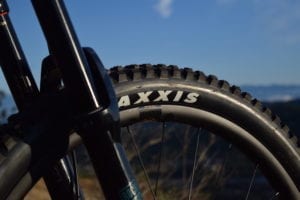 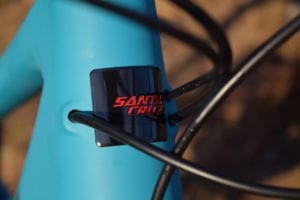 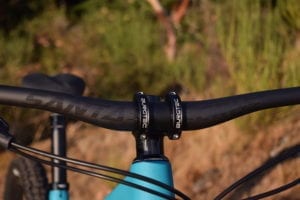 The 5010’s low bottom bracket loves corners, but it also leaves you close to any rocks or roots just-too-high off the ground. If you find the BB too low, a flip-chip in the shock mount gives you 4 mm more BB height and a 0.3-degree steeper head-tube angle to make the bike more suited to slower, more technical riding. The point of this bike is fun, though, so it is likely most riders will be happy with its low-slung stance.

The bike’s lively trail feel is aided by the 5010 CC’s svelte sub-30-lb. weight. As tested, the bike came with an optional upgrade to include Reserve 30 Carbon wheels, which come with their own lifetime warranty. In this build, the 5010 tips the scales at just 29.45 lb. High-end wheels come with parts, and a price, to match. SRAM X01 Eagle parts, including a 10–52 cassette, Code RSC brakes with 180-mm rotors and a boutique Burgtec Enduro MK3 stem are all top-shelf components you’d expect to see on a bike that breaks into a five-figure price range. You can get the 5010 in a less expensive build, but the CC Reserve, as tested, won’t leave you wanting anything more. And, the “loosely blue” colour and matte finish are stunning, too. 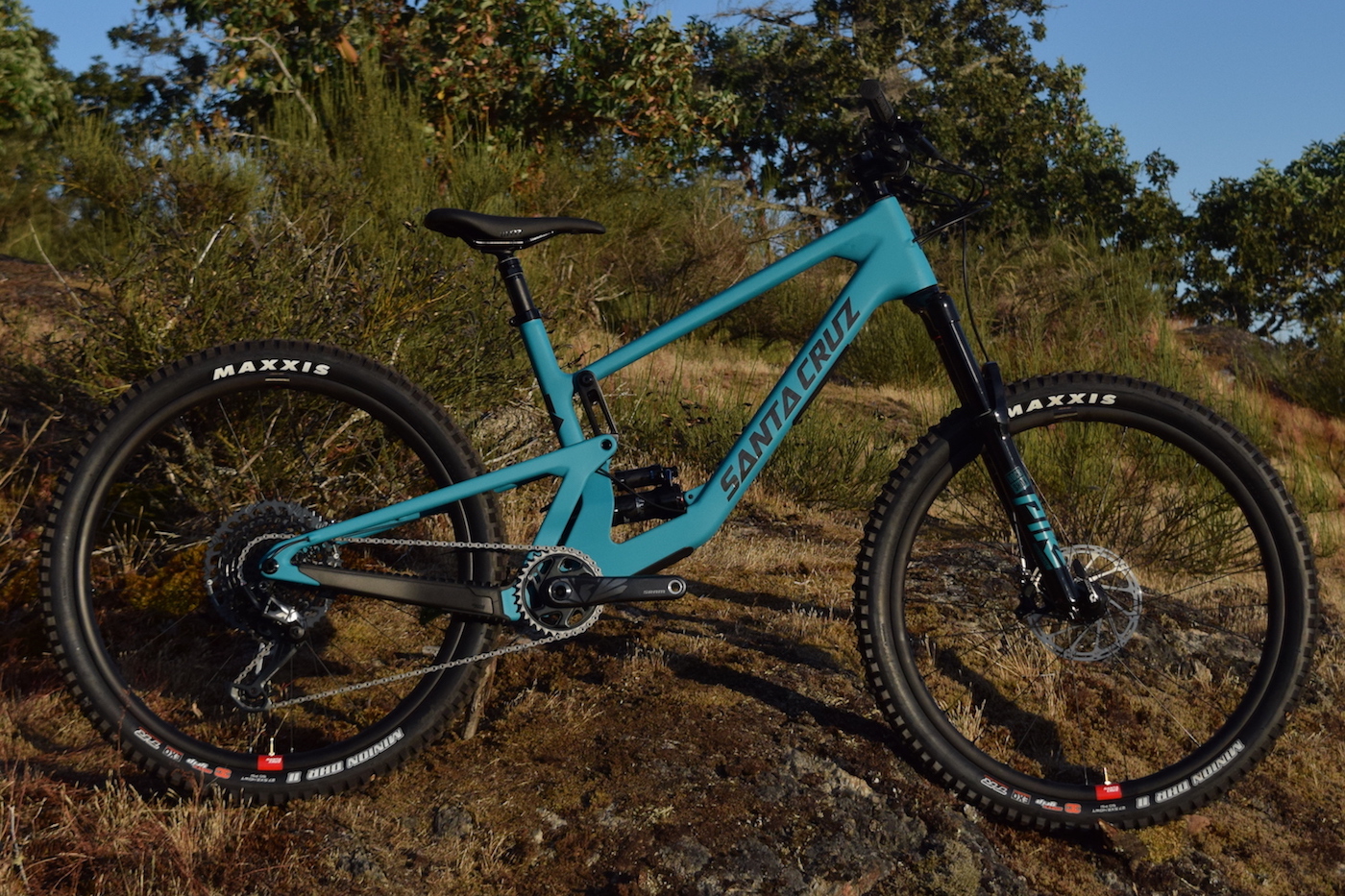