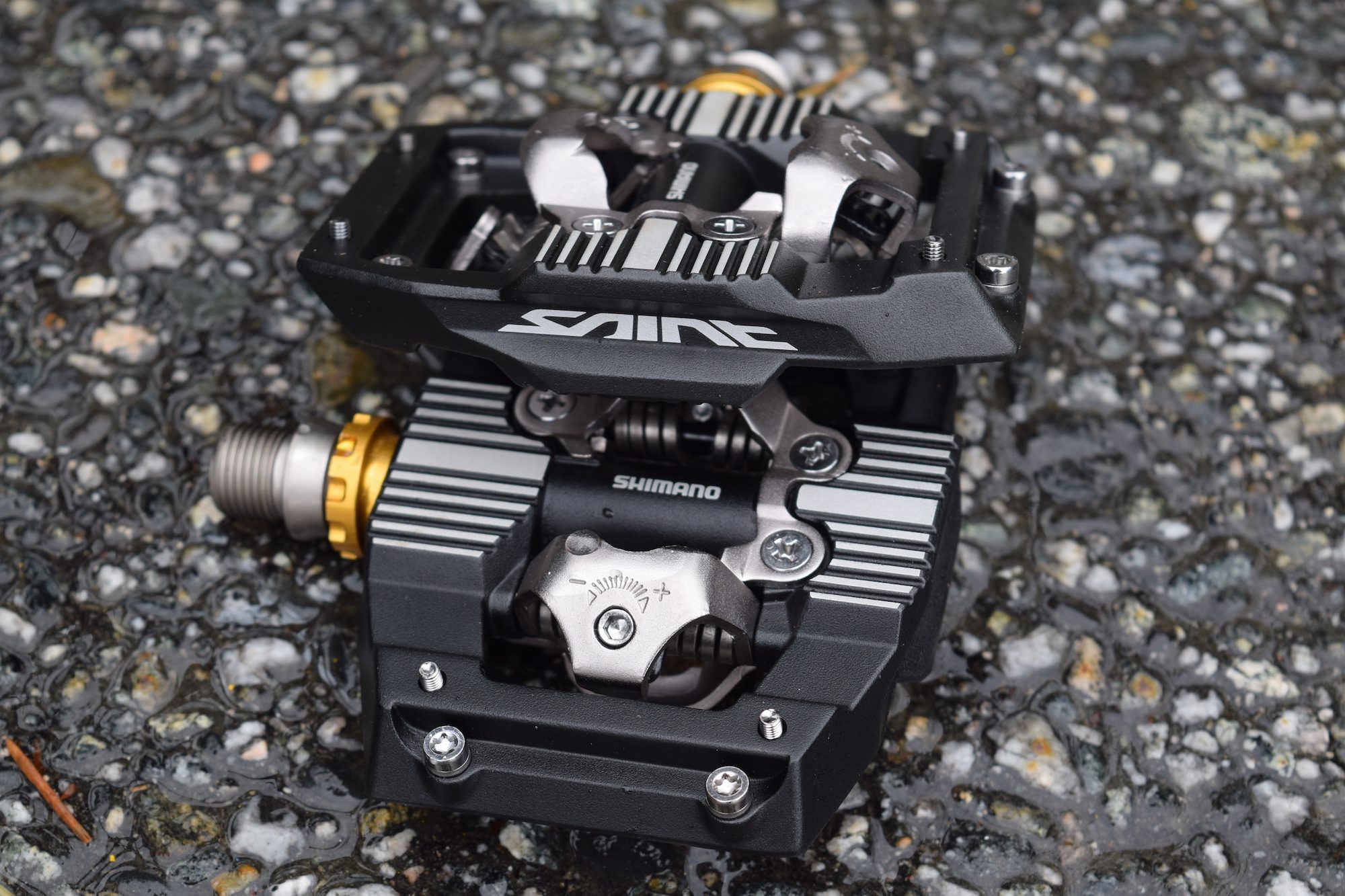 While Shimano’s gravity oriented Saint line has been around for years now, there has never been a clipless pedal canonized into the Saint family. That changed last year, with the announcement that the replacement for Shimano’s existing DX clipless platform pedal would bear the markings of a Saint component. As has come to be expected from Shimano’s top of the line gravity components, the final product is worthy of the Saint name. 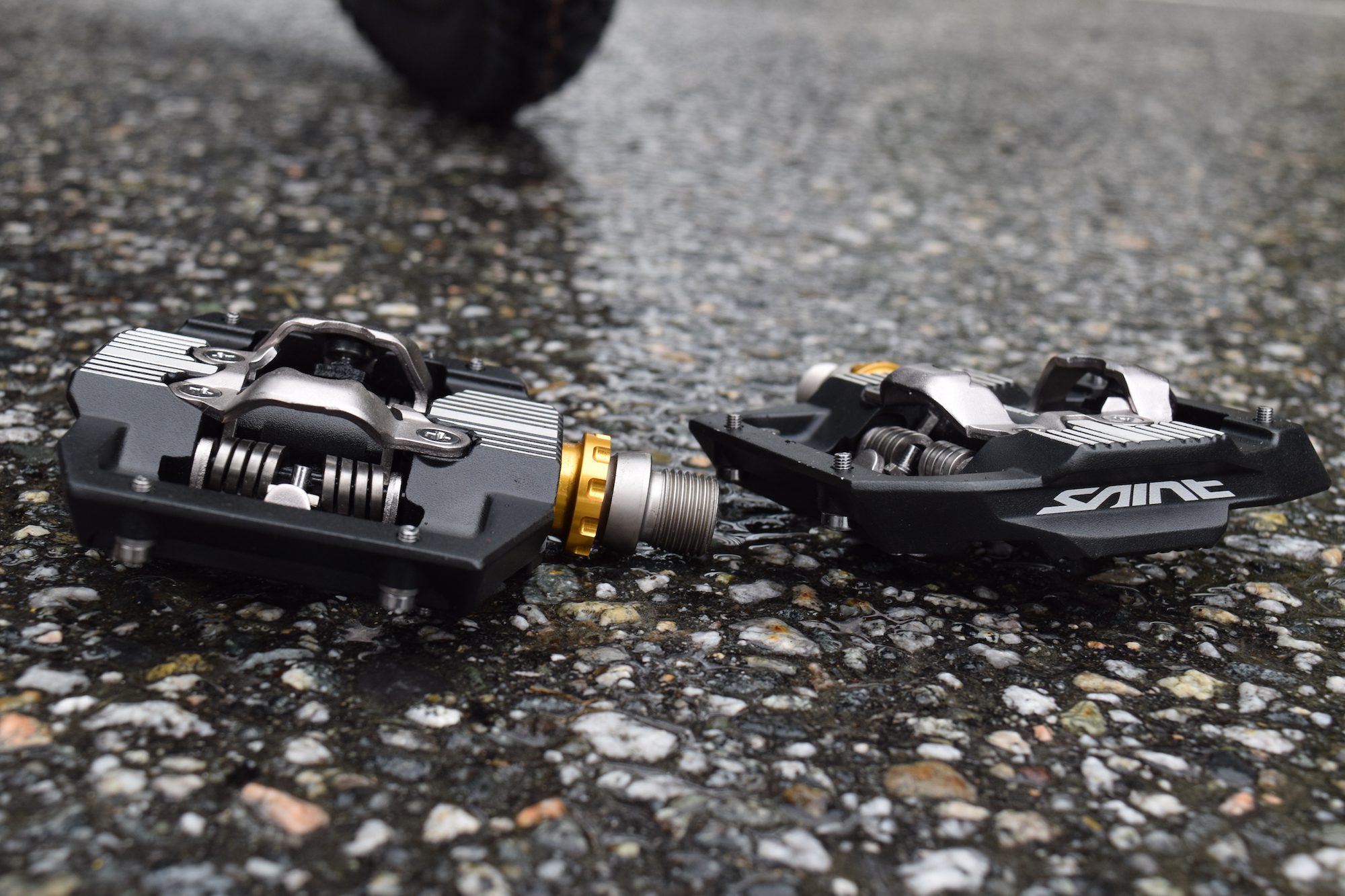 Saint M820 pedals were developed specifically for, and with significant input from World Cup downhill racers. As enduro courses grow more technically and physically demanding, the wider platform will surely find a wider audience in the enduro crowd where riders want both the stability of the wider platform and the climbing efficiency of clipless pedals.

Until now, Shimano’s only options were the heavier DX (PD-646) pedals or the more svelte XTR M9020 trail pedal. The new Saint clipless option has a lower stack height than DX, and loses the older models pop-up cleat mechanism in the name of added durability. Compared to the XTR trail, Saint has a much more substantial platform body for stability, especially when clipped out. At 568 g, they are almost 190 g heavier than the XTR trail option. The added weight isn’t a big factor for the DH crowd compared to the pedals improvements, but enduro racers will have to balance out the extra weight on climbs with the added confidence on the way back down. 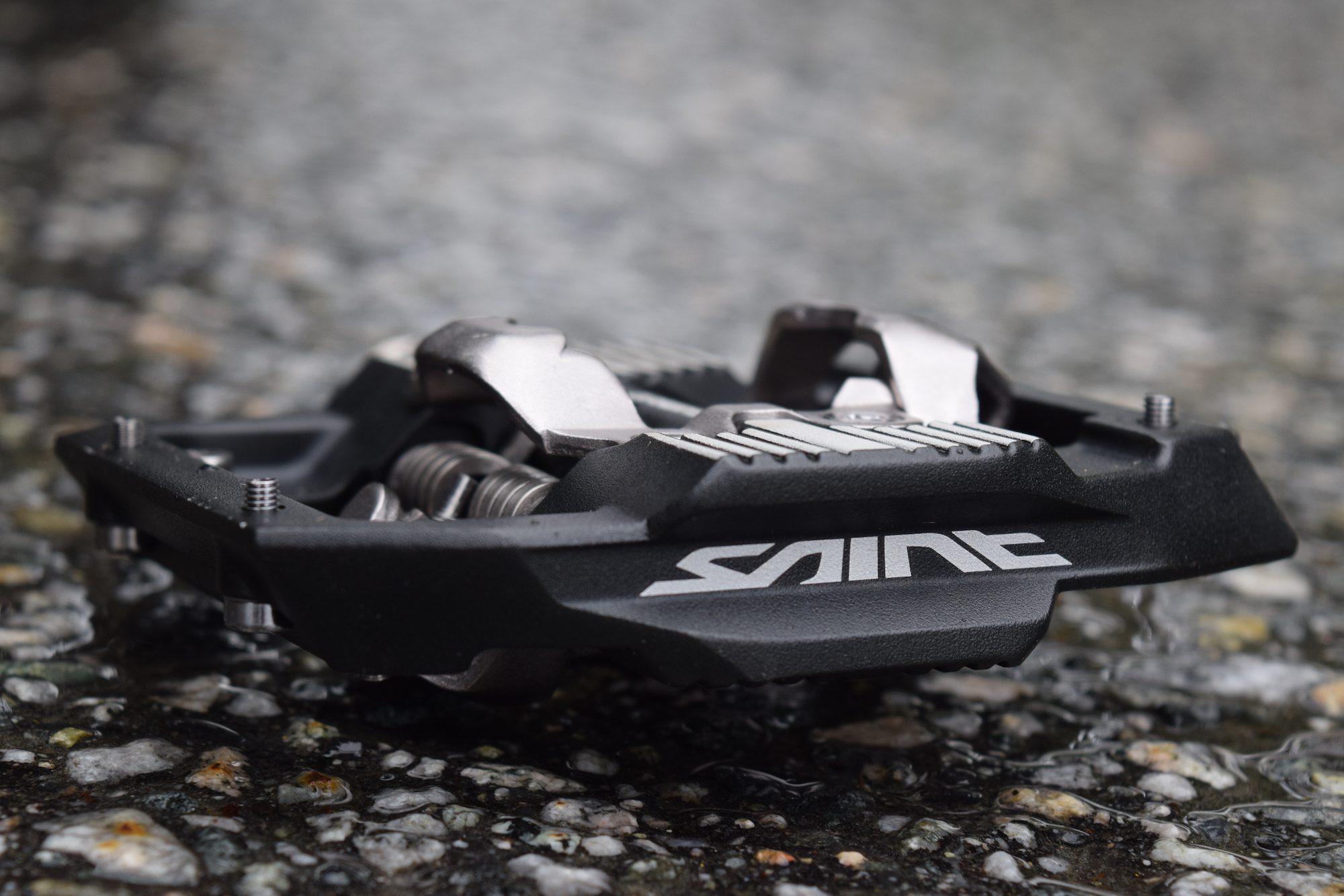 The Saint platform body surrounding the clipless mechanism has a slim profile, and is drilled with room for eight adustable 2.5mm tall steel pins, which screw in from the backside for durability and ease of removal should they be damaged. The pedals come with two sets of washers so the pins  can be run at full height, or lowered to 1.85mm or removed completely. This makes the Saints compatible with different rider preferences as well as with a wider range of shoes, though Shimano does say the AM901 shoe has been optimized to work with the Saint pedals. 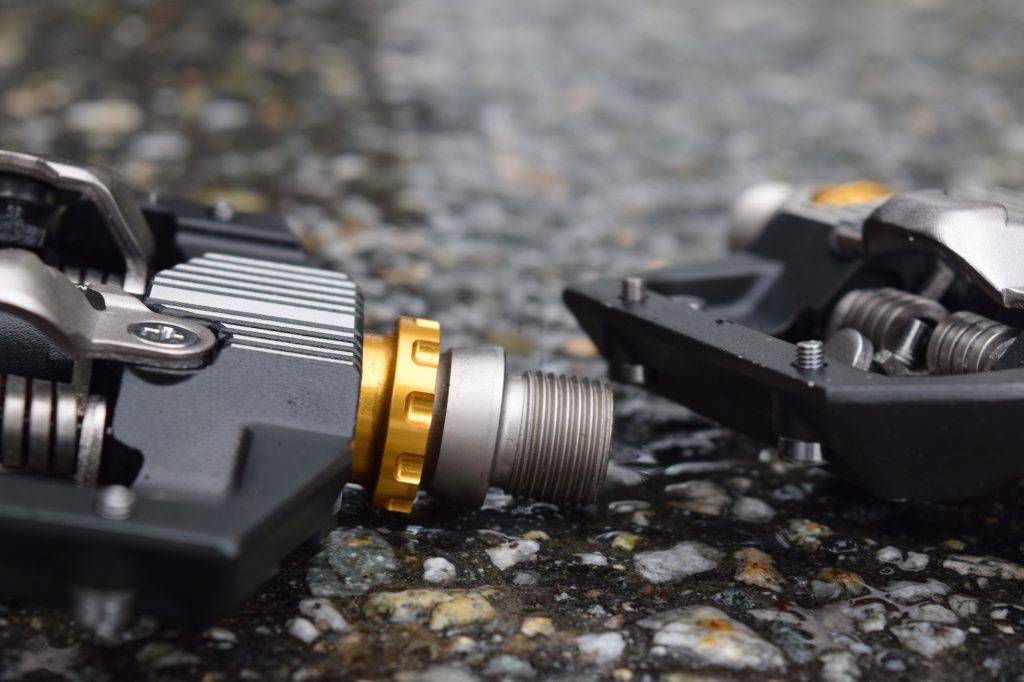 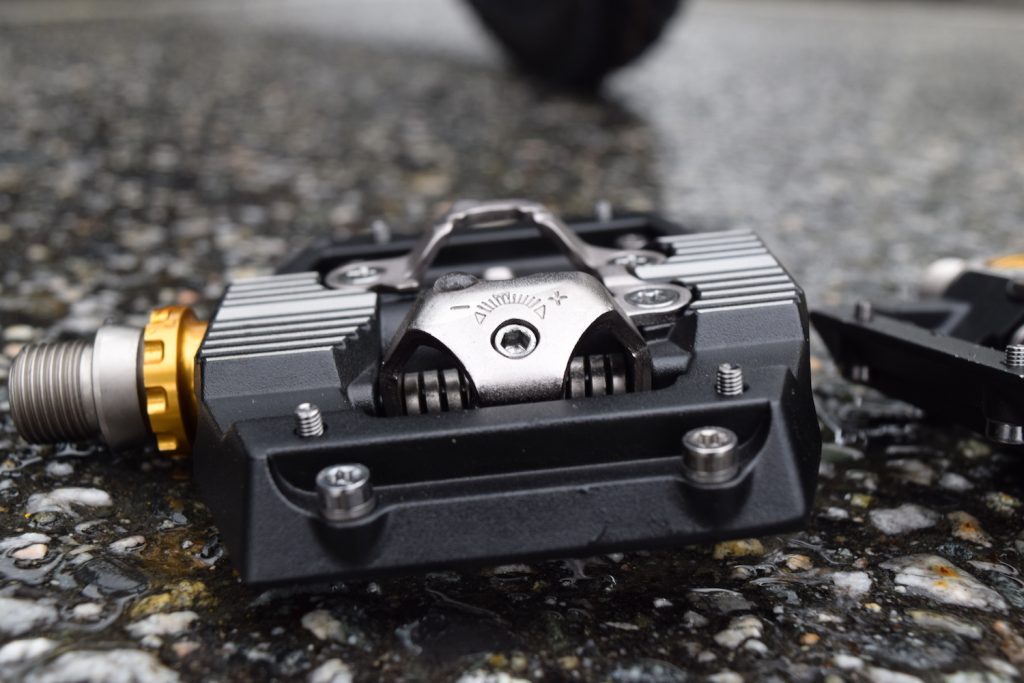 Shimano's been in the SPD game a long time, and the Saint pedals get the fully adjustable cleat tension you'd expect from a top shelf Shimano pedal 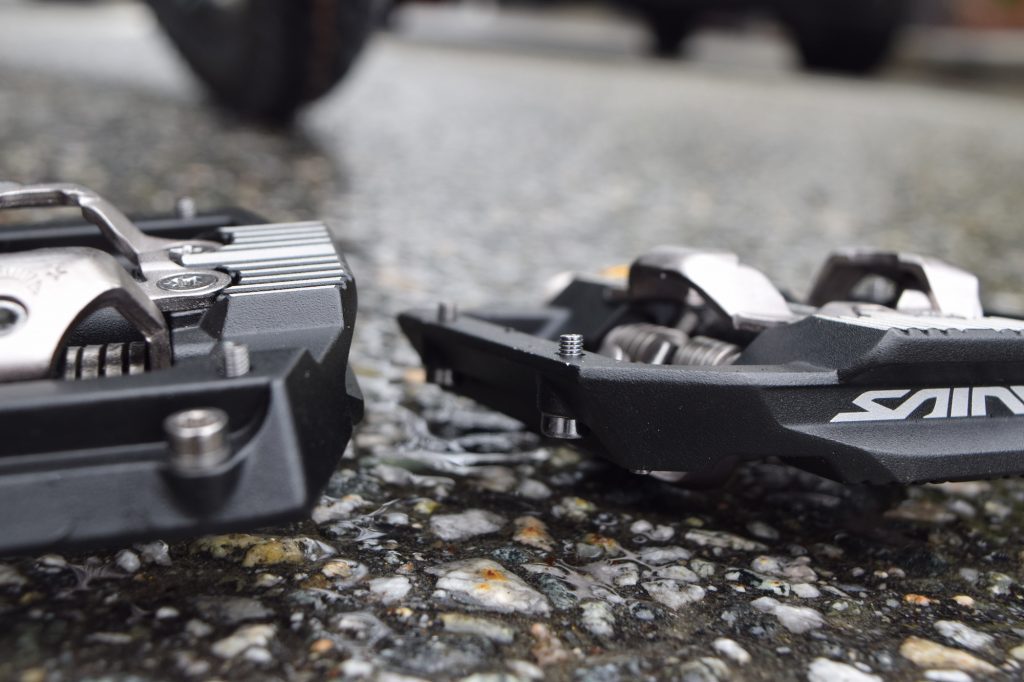 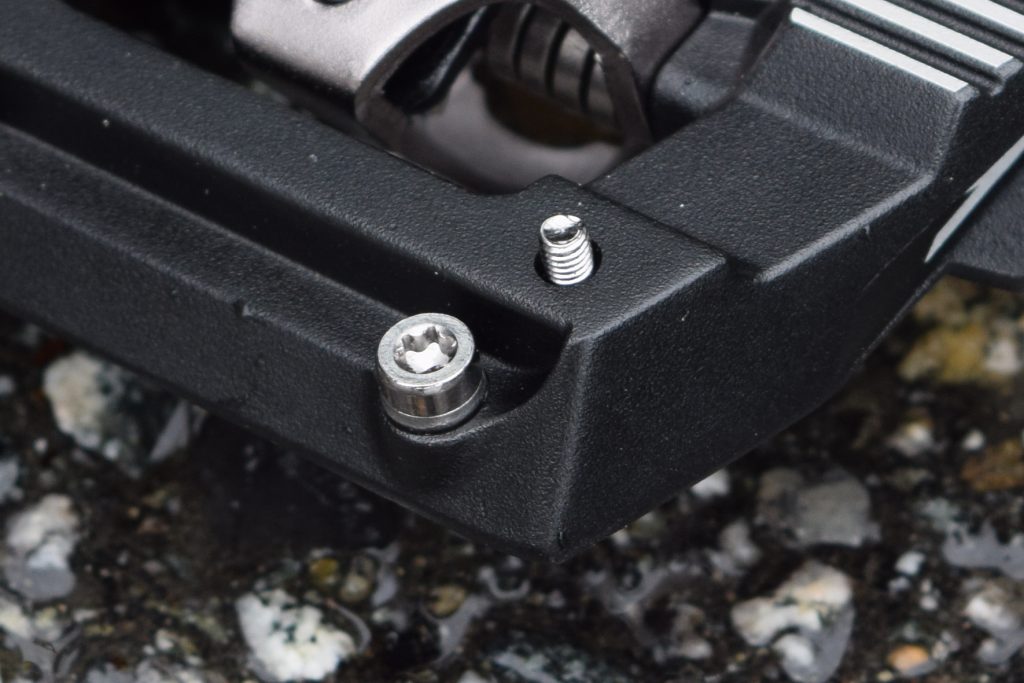 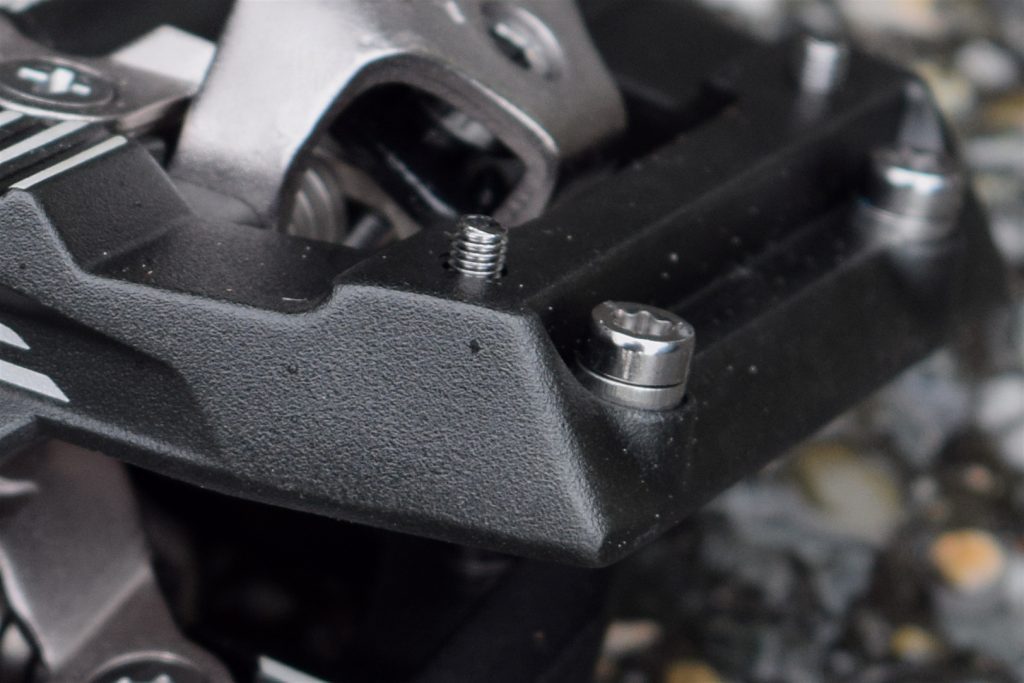 The wider spacer makes for a less aggressive pin height. Pins screw in from the back of the pedal to avoid as much damage as possible 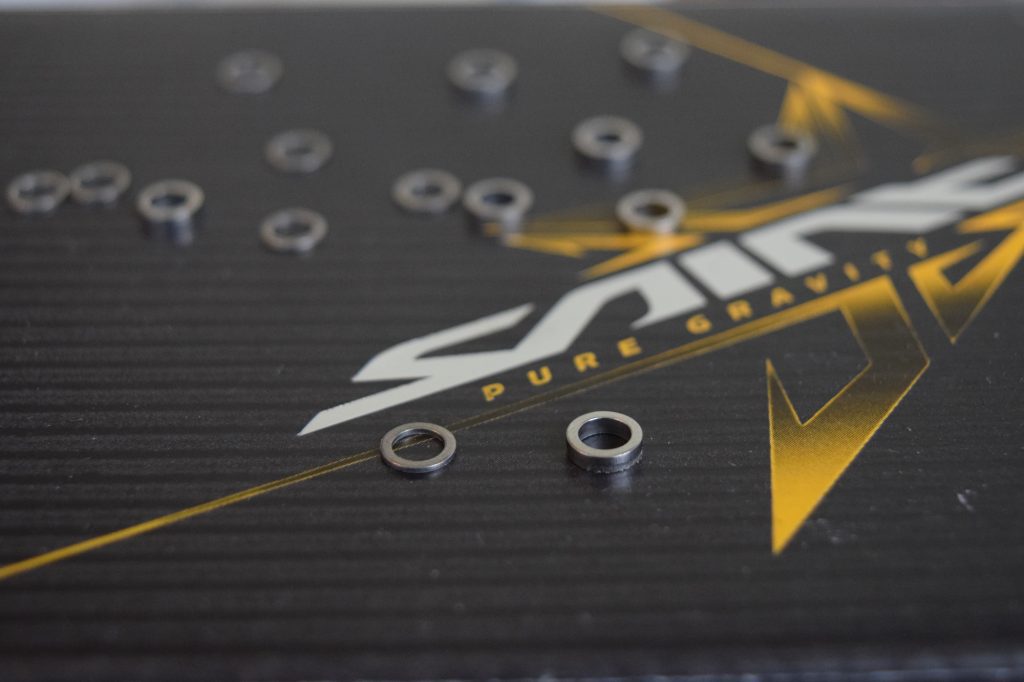 Spacers for short pins, tall pins, or no pins - your choice 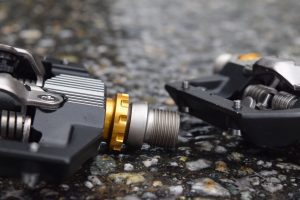 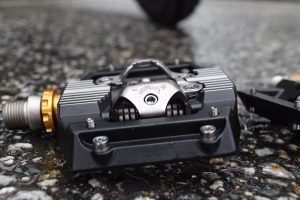 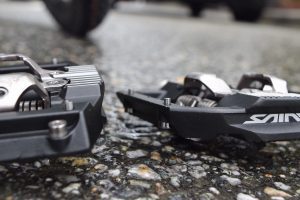 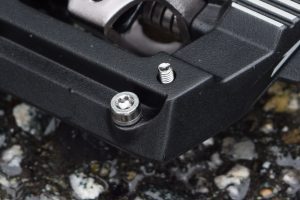 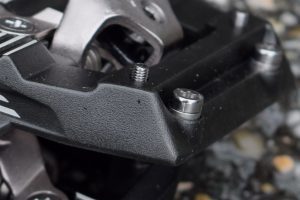 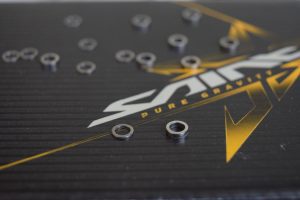 Along with removing the DX pedals pop-up cleat mechanism in favour of a more durable fixed mechanism, Shimano have built the Saint’s platform around a tough chromoly spindle capable of surviving all sorts of abuse. Serviceable cup and cone bearings will ensure the pedal spinning smooth for several seasons. As mentioned, the entire assembly weighs 568 g, or 546 g without pins.

With the companies decades of producing clipless pedals for mountain bikes, there’s a certain, comforting feel to stepping into a Shimano pedal. On a pedal designed to get you through the hairiest situations on the gnarliest trails and race tracks, the predictability and reliability of Shimano’s cleat and mechanism is appreciated. Riding the Saints, the extra support of the wider platform body over the XTR Trail pedal is immediately obvious. Through rougher sections and on harsh landings, the support and stability of the Saints was confidence inspiring. This led to feeling less fatigued and riding more aggressively toward the end of long, unrelentingly rough descents. 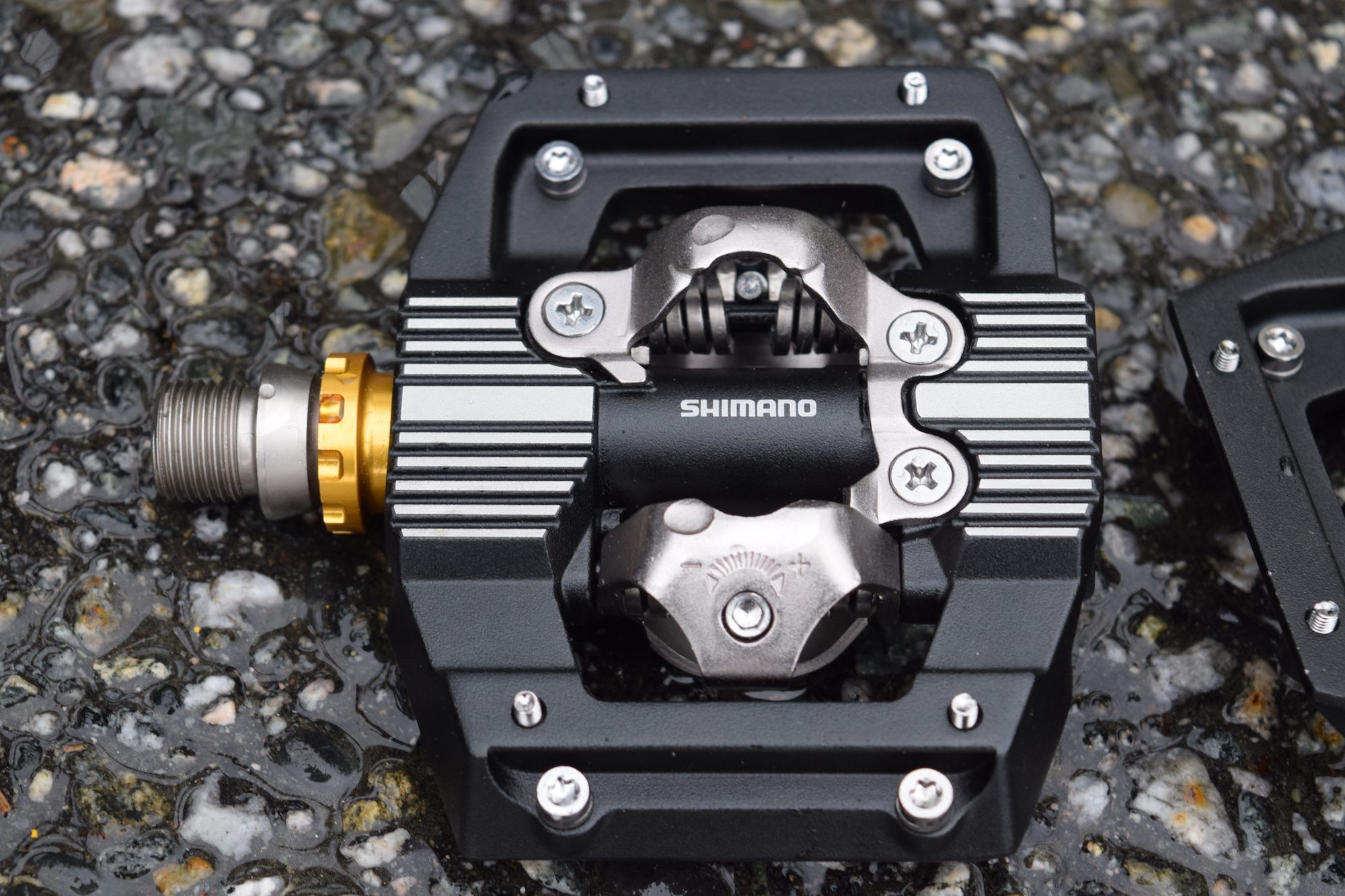 Compared to some other clipless DH pedals currently available, the Saints aren’t the widest and their pins aren’t the most aggressive out there. The pedal body is wide enough that it does provide the solid support you want from a platform clipless pedal. The adjustable height on the pins makes a subtle difference in grip and, though they’re not the most aggressive pins around, they do help keep your foot connected to the pedal when clipped in while still providing some freedom to maneuver and move around on the pedal. When unclipped, the Saints provide just enough grip and platform underfoot to feel stable while you wait for the next chance to clip back in.

Most importantly, there’s nothing unexpected about using the Saint M820’s. Shimano’s gravity pedal immediately behaves predictably, which makes getting used to the pedal a breeze. Long term reliability remains to be seen, but Shimano is loath to put the Saint name on a component it is not confident in. If the companies other top end, XTR pedals are any indication, the Saint pedals should survive seasons worth of abuse.