The best fiction featuring bikes is often about more than just bikes. Take the film Breaking Away, for example. Character Dave Stoller’s obsession with cycling and Italy doesn’t just allow director Peter Yates to explore the sport, but ideas of identity and growing up. The movie also looks at class dynamics in a small town. Most important, it’s a fun and endearing story.

Molly Hurford’s Shred Girls: Lindsay’s Joy Ride also has bikes within a fun and endearing story. It centres on Lindsay, a shy preteen bookworm obsessed with superheroes. She spends a summer with her older, cooler cousin Phoebe. Phoebe works and rides at the Joyride indoor bike park north of Toronto. She was also a shy, bookish kid, who has some plans to help Lindsay gain more self-confidence. Those plans, of course, involve getting a little rad on a BMX bike.

Hurford has described Shred Girls as The Baby-Sitters Club with bikes, a reference that only partly resonates with me. My younger sister read The Baby-Sitters Club, while I stuck with more masculine series, such as the Hardy Boys and the Three Investigators. Still, I was stoked, yes, stoked to delve into Shred Girls, hoping it would be something I could recommend to or read to my daughter when she’s old enough. Now, I plan to do just that. Still, I wouldn’t hesitate to recommend the book to a young boy. Riding is riding. Struggling with learning who you are and making friends are universal. The only sections that might drag for a boy are the bits about who’s wearing what and how good an outfit looks. But, I do know middle-age men who take great pains to match their socks, of just the right length, to their kit. 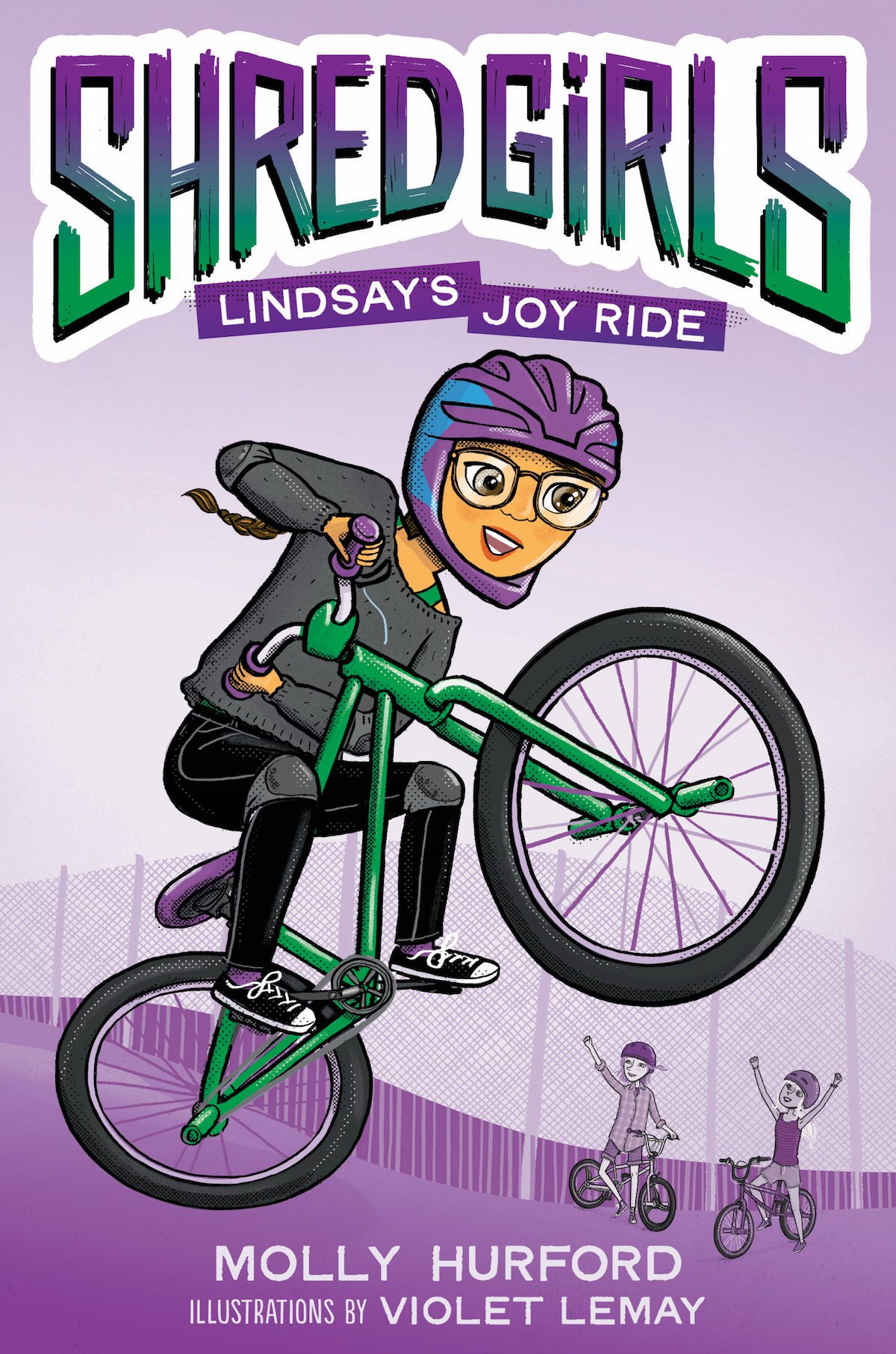 Like The Baby-Sitters Club, Shred Girls is a series. Lindsay’s Joy Ride marks only the first adventure featuring the titular character and her friends. The Baby-Sitters series ran for 14 years. In that time, 213 novels were published and 176 million copies were printed. If the same happens to Shred Girls, that would be rad.

Lindsay’s Joyride is out May 7, 2019. The book is available for pre-order now.