France has been the dominant nation in elite downhill all season and, as might have been expected, was all over the podium at Mont-Sainte-Anne.

The level of French dominance, though, was unexpected. Led by Loic Bruni and Myriam Nicole, the country walked away with both elite world championship titles and two bronze medals to boot.

Finn Iles and Vaea Verbeeck led Canada’s elite downhill results, with 7th and 8th. Iles spent much of the afternoon in the hot seat, joined by Mark Wallace, who would end his day in 9th. That strong showing by the host-nation also included an 11th by Miranda Miller and a 15th by Kirk McDowall. After qualifying in a surprise 10th position, Hugo Langevin added to the Canadian results with a 25th on Sunday in the elite men’s race. While France set the bar high, five riders in the top-15 for Canada is no small feat.

Loic Bruni was the last man down the mountain at Mont-Sainte-Anne. The defending world champion followed a dramatic series of lead changes, as one improbably fast run was followed by another for much of the last ten riders.

Before the top 10 dropped in, though, Finn Iles had put down a huge run to take the hot seat. He was joined in short order by Mark Wallace, who sat third behind the young Whistler rider.

That lead was broken first by South African legend of the sport, Greg Minnaar, then Danny Hart. Iles would end up 7th, an impressive result for just his second elite world championships, with Mark Wallace finishing 9th. Two Canadians in the top-10 would be remarkable on its own. Two time national champion Kirk McDowall added to this with a 15th place finish. Hugo Langevin padded the results with a 25th place at home in Quebec. 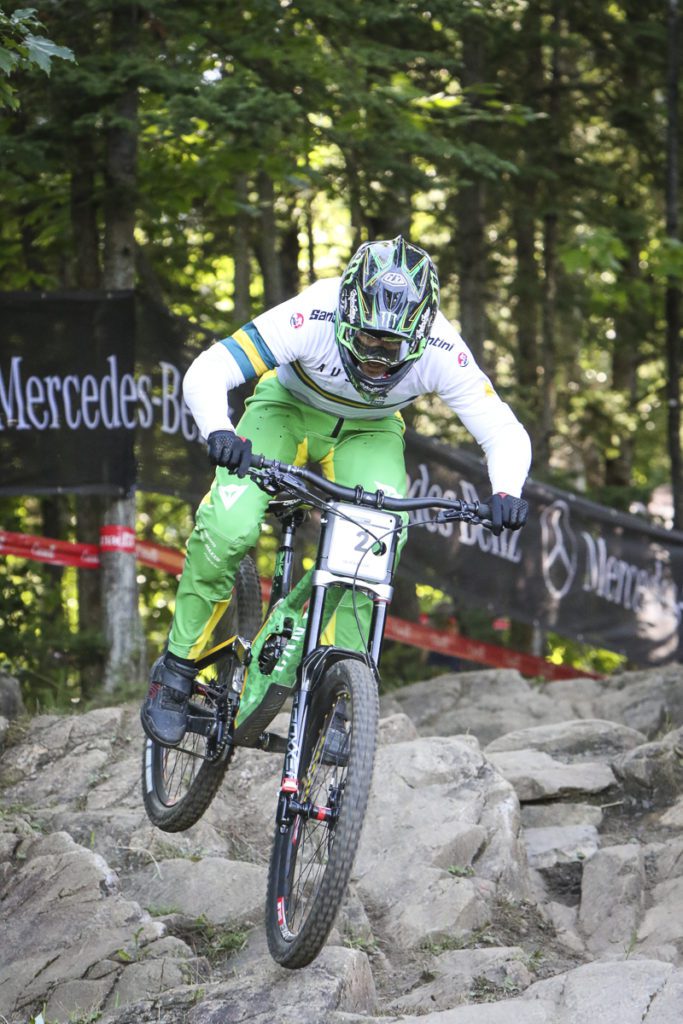 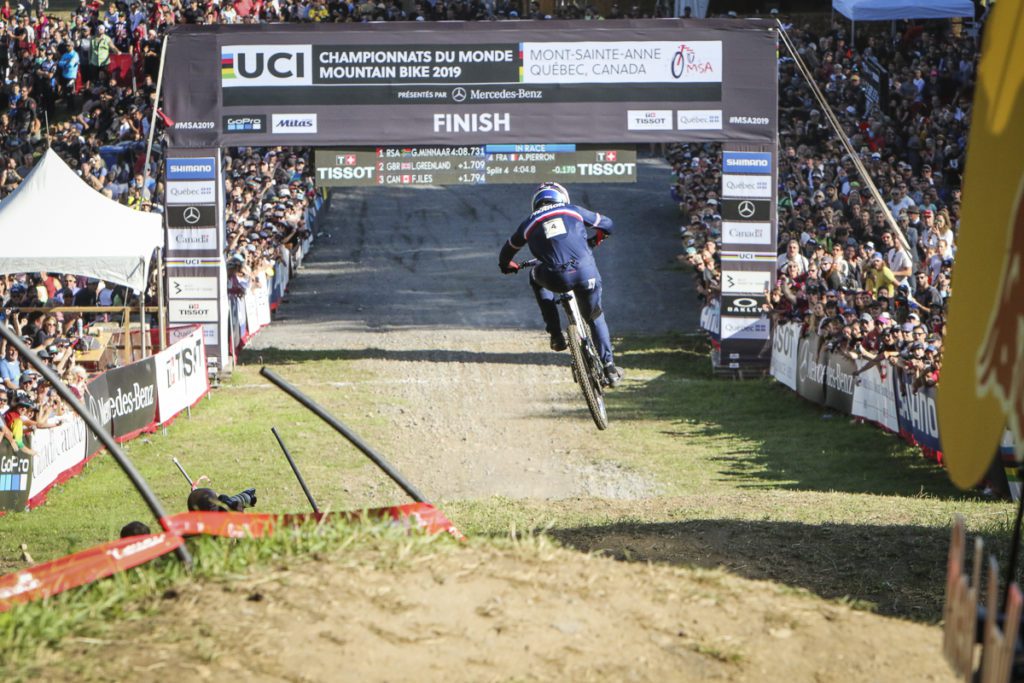 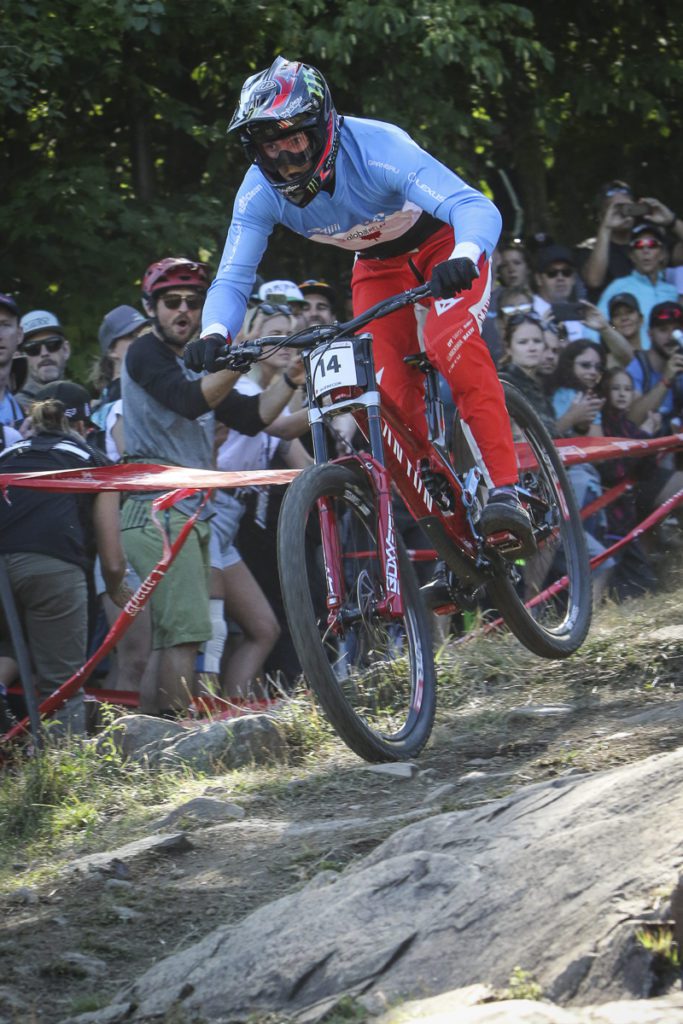 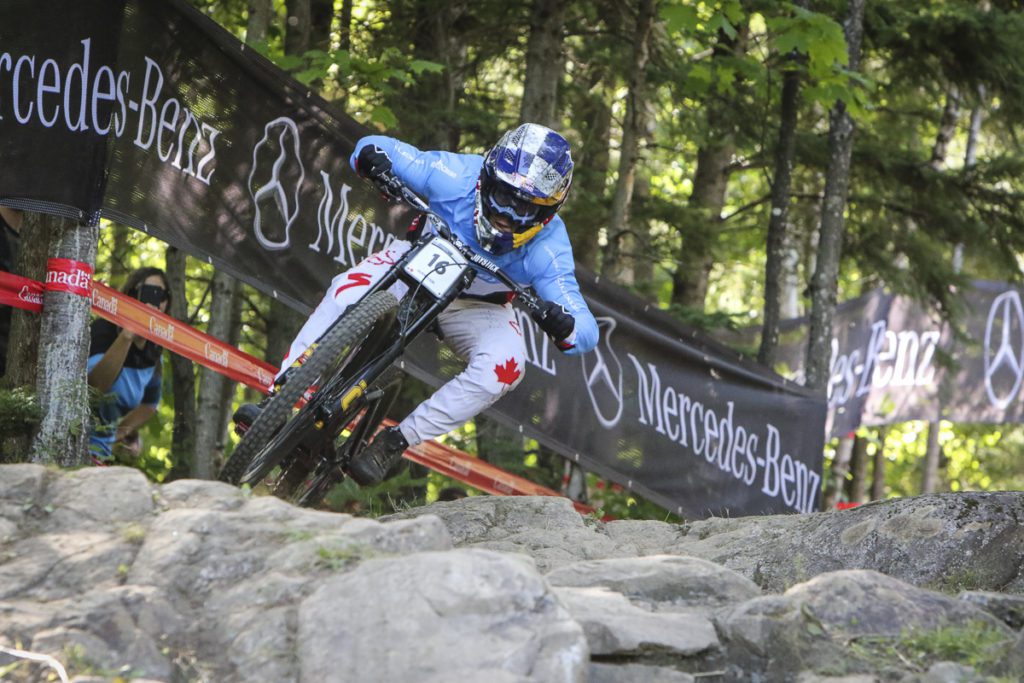 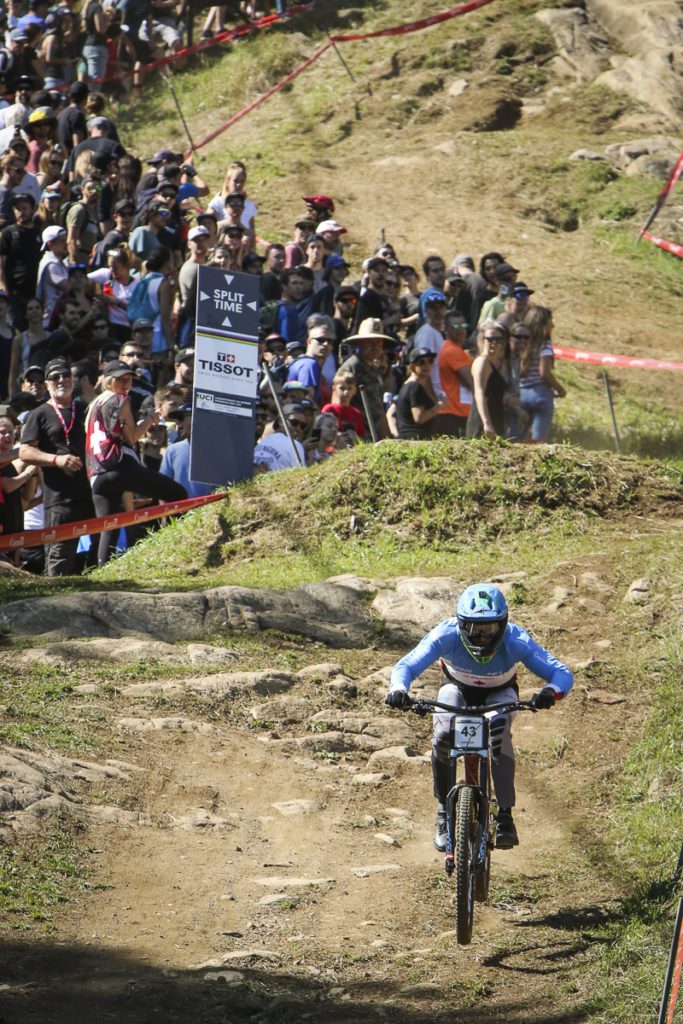 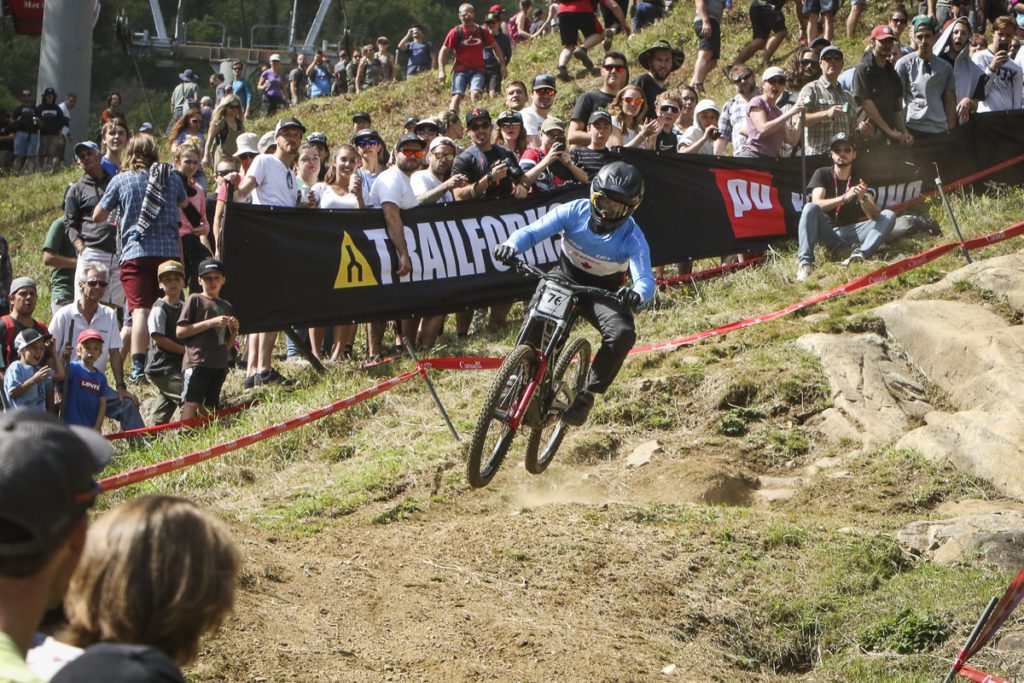 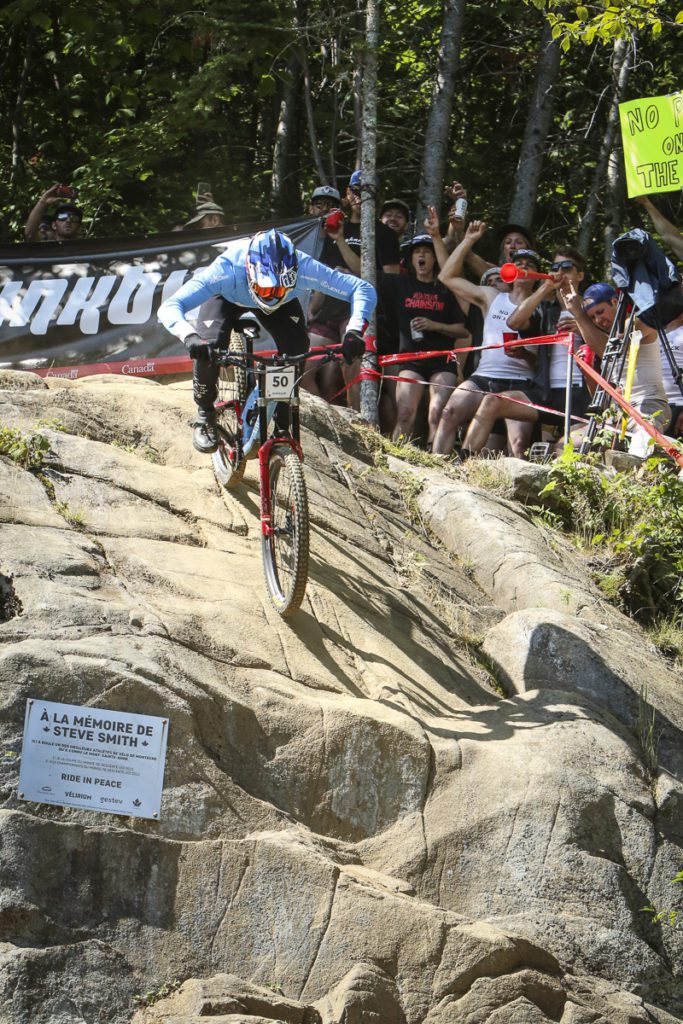 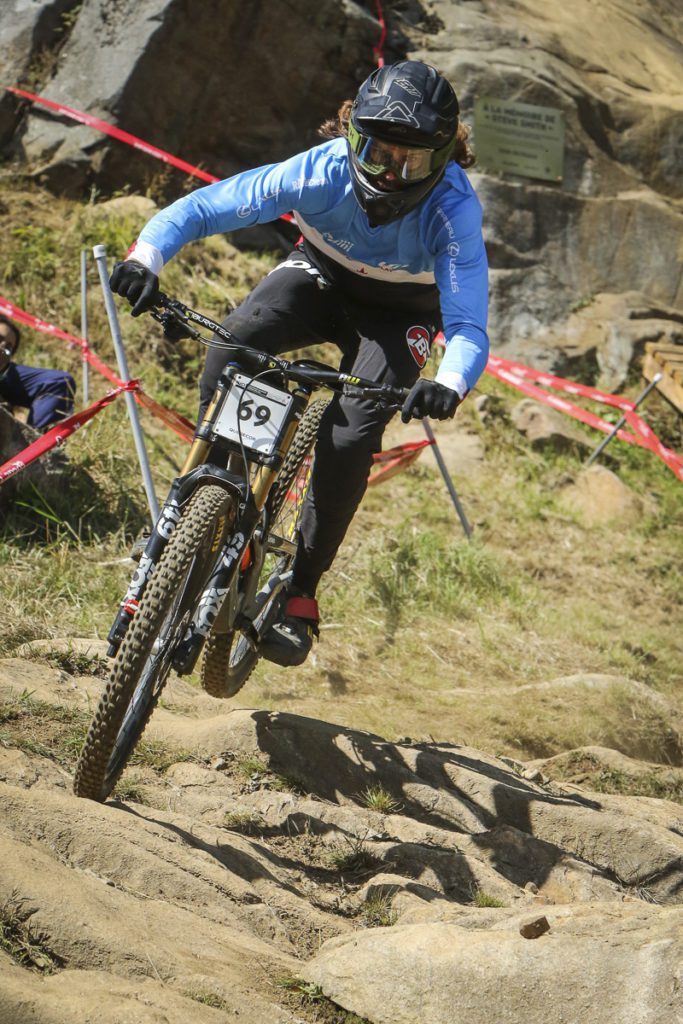 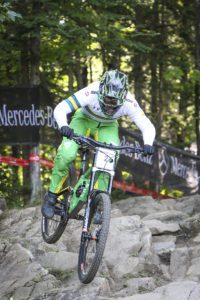 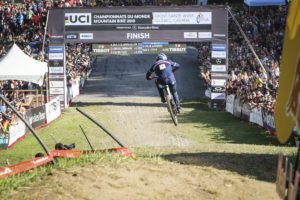 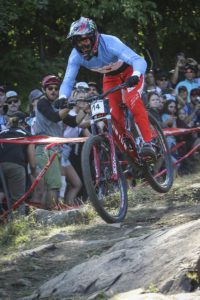 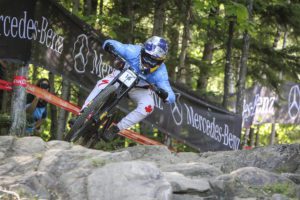 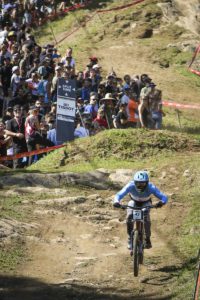 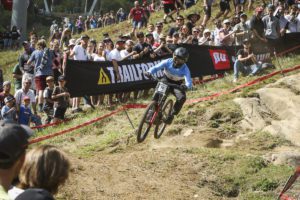 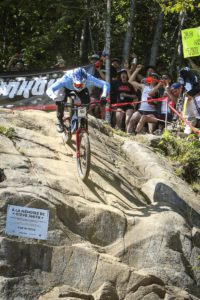 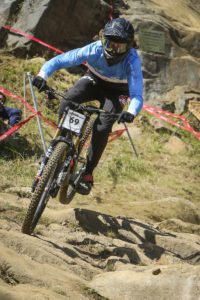 Australian Troy Brosnan was just 0.581 seconds from the taking the title. Second last down the mountain, he smashed third place finisher Amaury Pierron’s time by nearly two seconds, only to watch Bruni follow behind fastest at every split.

“Normally i’m pretty reserved but this one I really wanted and I pushed hard,” Brosnan said after the race. “I thought it might be a time to maybe beat Loic, but then I sat and watched the green splits of my buddy come down and beat me.”

At the top of the elite women’s podium, two riders returning from injury stood tall. Myriam Nicole wins the world championship title after returning from a season long foot injury. “Pom Pom” earns her rainbow jersey ahead of Great Britain’s Tahnée Seagrave, in her first race back after a separated shoulder at Fort William World Cup. 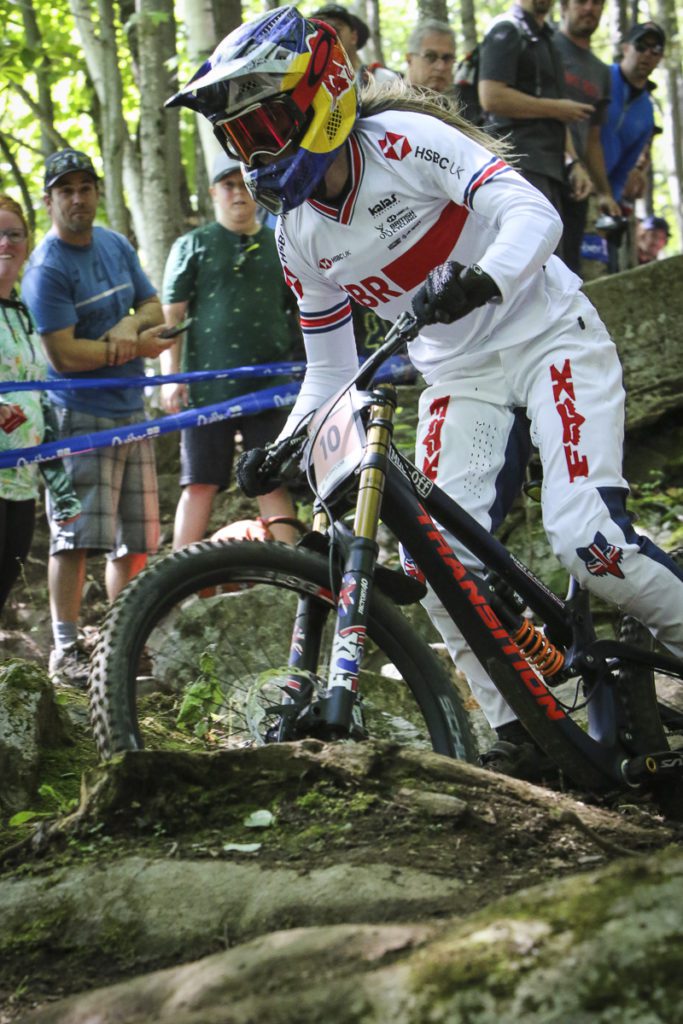 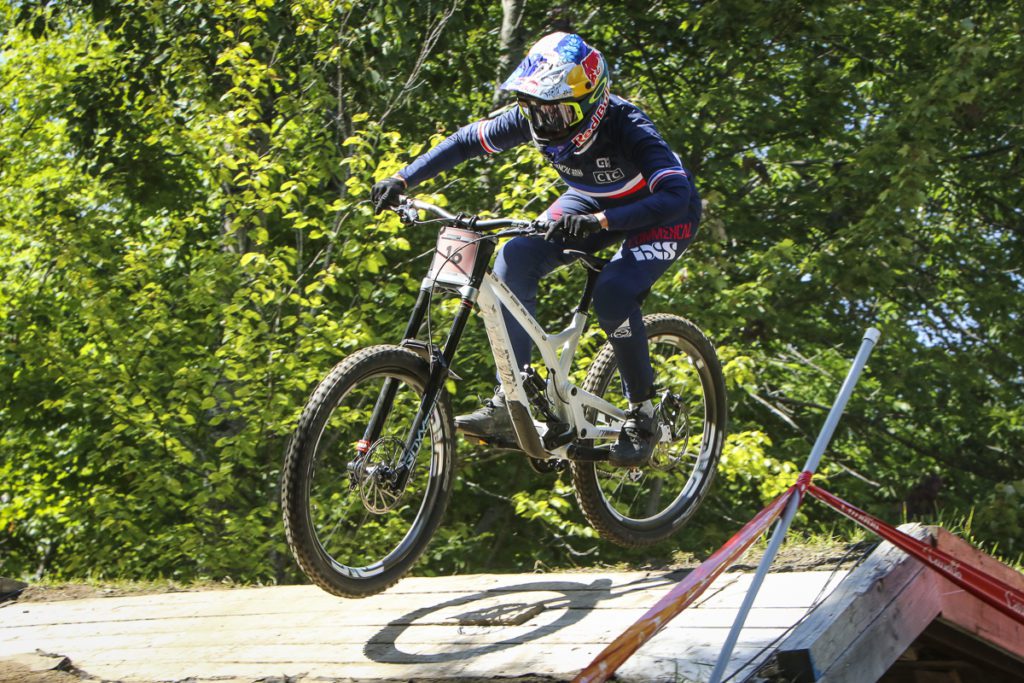 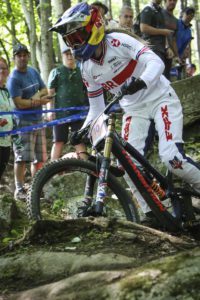 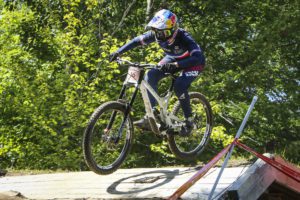 Canadian downhill national champion, in 2018 and 2019, Vaea Verbeek was the top Canadian, placing an impressive 8th in her first international race of the season. The Canadian champ has focused her efforts on the interdisciplinary Crankworx series this season. After successfully ascending to the throne as Queen of Crankworx just weeks ago in Whistler, Verbeeck adds a top-10 finish here in Mont-Sainte-Anne. 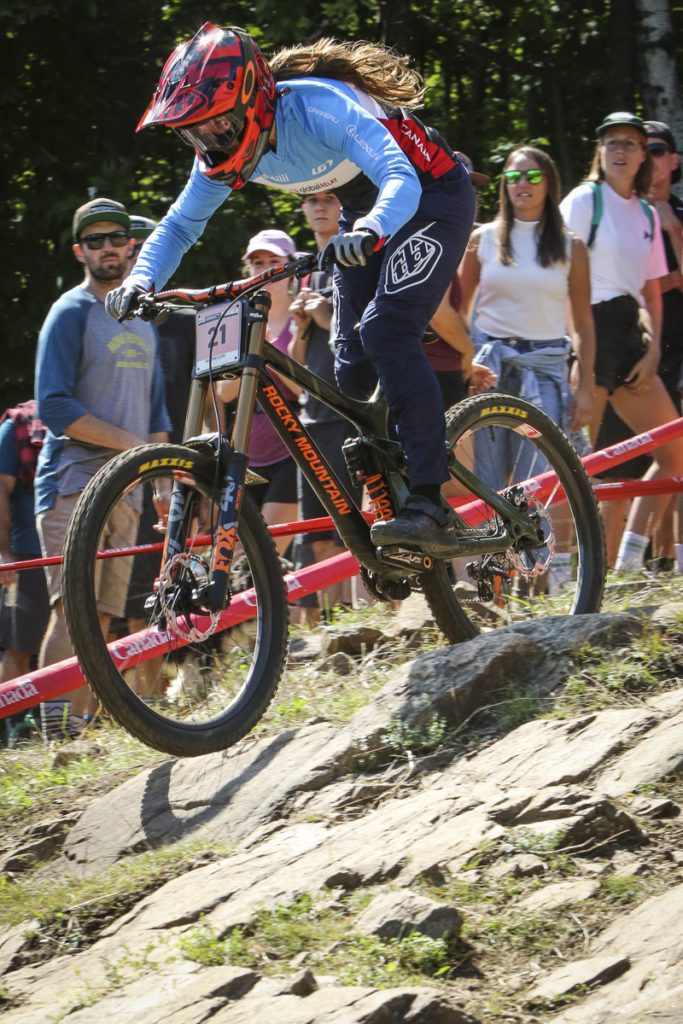 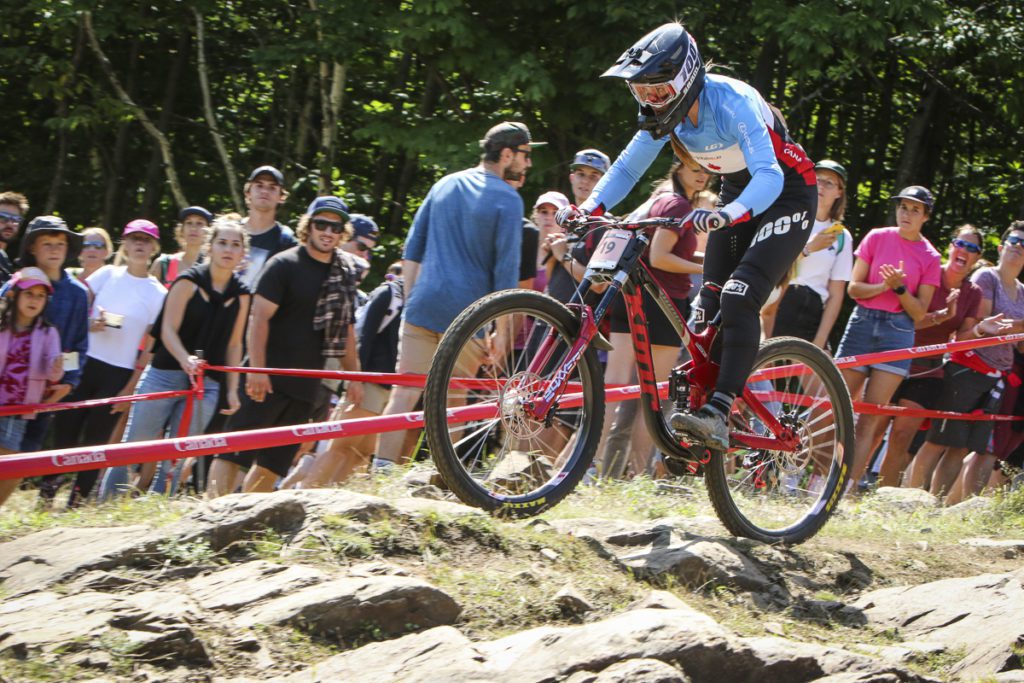 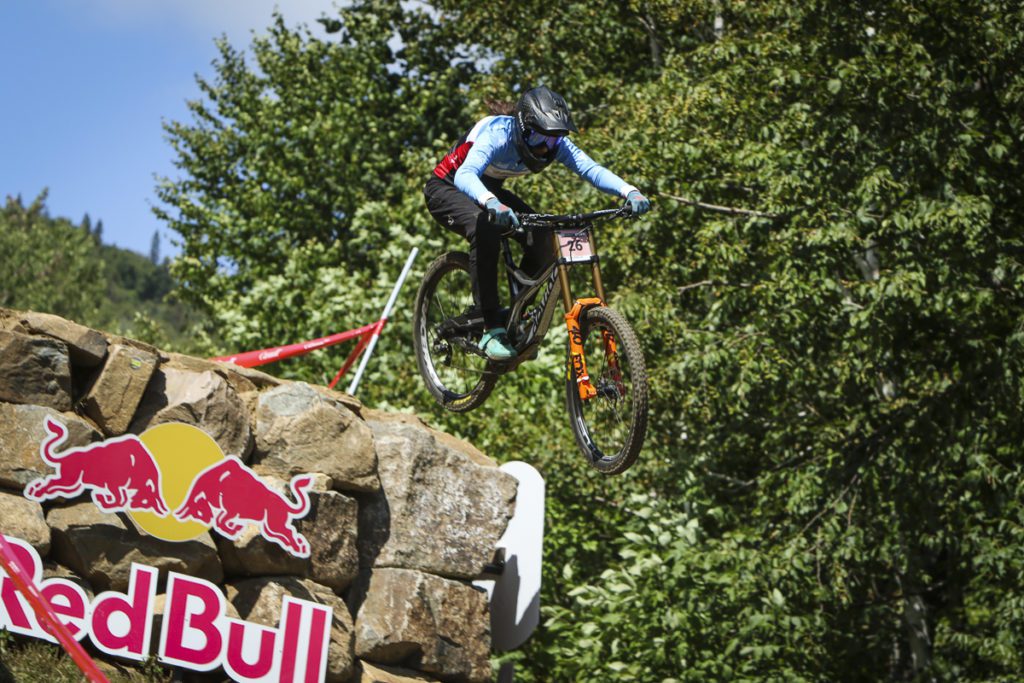 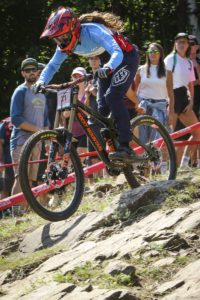 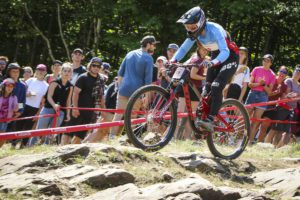 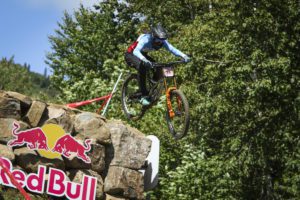 2017 world champion Miranda Miller returned from her new focus on the Enduro World Series to race at Mont-Sainte-Anne. The Squamish racer was 11th on the legendary Quebec track. Georgia Astle of Whistler was the final Canadian in the elite women’s race, finishing 20th.