After three week-long Crankworx stops on three different continents, Vaea Verbeeck has been crowned the new Queen of Crankworx.

The Canadian, who recently defended her downhill national championship sleeve, claimed the royal title at the Crankworx World Tour’s final stop in Whistler. She was joined on the podium by new Mitch Ropelato. The American made a late push to re-claim his King of Crankworx throne. 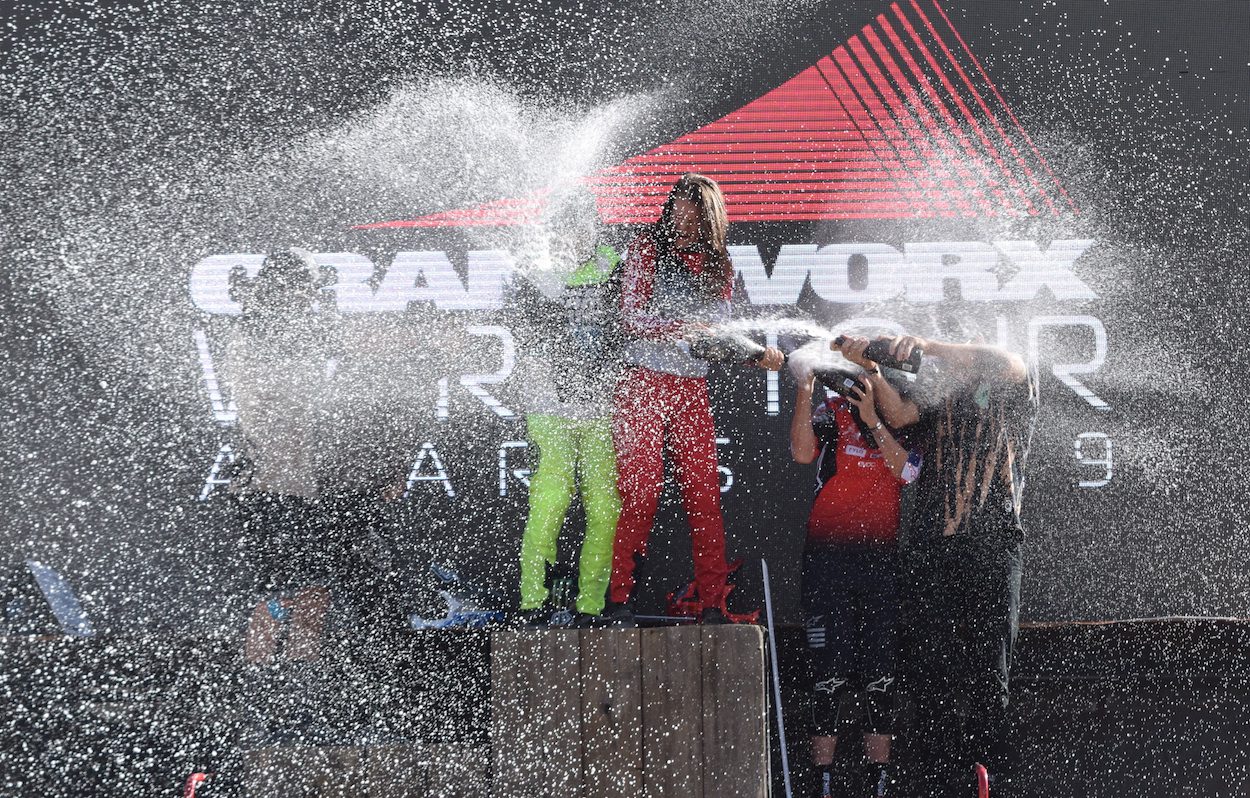 “It still hasn’t sunk in yet,” Verbeeck said of her new title, and accompanying $20,000 prize. With her points lead going into Whistler, Verbeeck was able to clinch the Queen of Crankworx title by the end of Wednesday’s Pumptrack Challenge. That left the Canadian free to race the Sunday’s downhill without the added pressure of needing more points for the overall.

“It was nice to end it on a really happy note and just have a good time riding, not for points but just for fun,” Verbeeck said after finishing fifth in Sunday’s Canadian Open DH.

The Crankworx World Tour started in March in Rotorua, New Zealand. There, Verbeeck used wins in the Fox Air DH and 100% Dual Slalom to build an early lead in the year-long points race.

The Canadian extended that lead at Crankworx Innsbruck, in Austria. Another Dual Slalom win there pushed her further ahead of Anneke Beerten of the Netherlands and American Kialani Hines.

“It was nice having a good lead going into this week,” Verbeeck said of Crankworx Whistler. But it didn’t all go to plan. “It was kind of up and down, I expected my lead to grow with the Air Downhill, but ended up crashing and gave it away.”

Hines would move ahead of Beerten by the end of Crankworx Whistler’s events to take second. With a third place in Dual Slalom in Whistler, Verbeeck also wins the Crankworx Dual Slalom World Championships for 2019.

Tune in to the Canadian Cycling Magazine podcast for a full interview with Vaea Verbeeck, the newly crowned 2019 Queen of Crankworx. 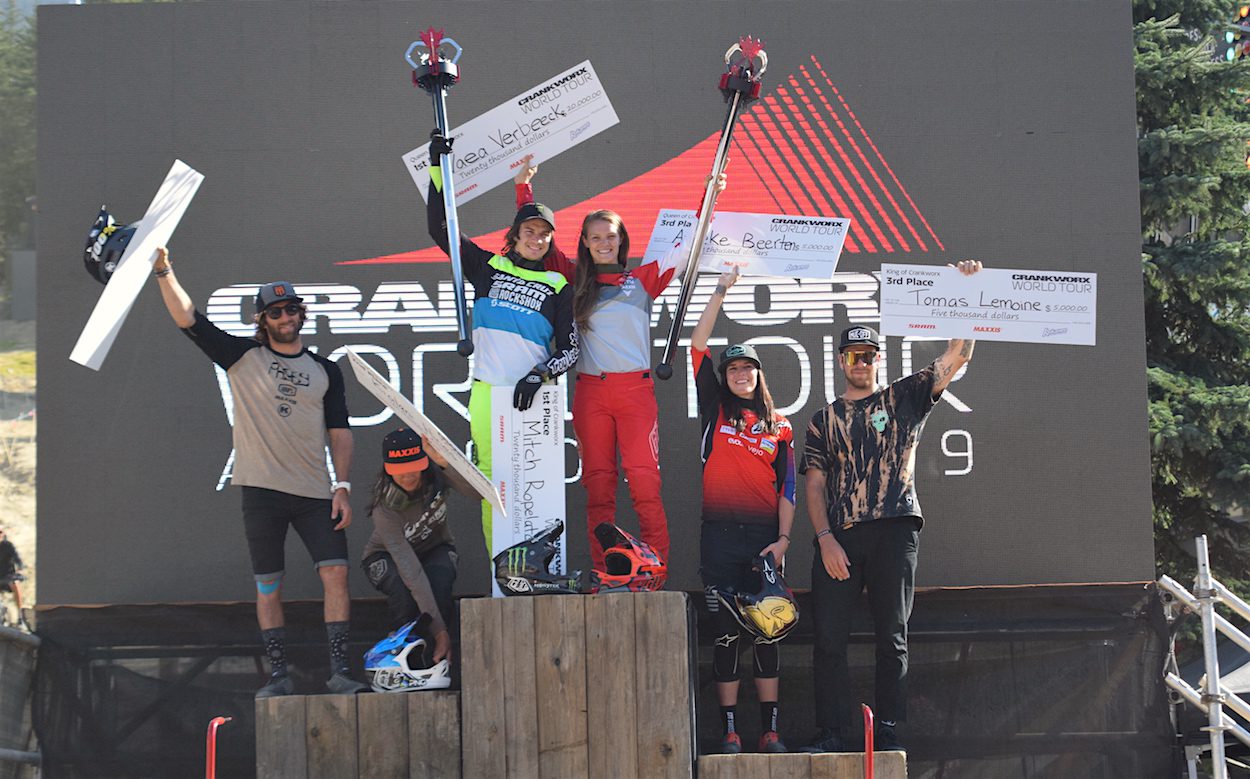 Mitch Ropelato was last King in 2011, and came into Whistler solidly behind on the points. After clinching the crown, he was remarkably casual about his return to the throne. “I was just coming here to have fun and maybe get a couple medals and go home,” he said after the podium, adding “It’s pretty cool. It’s an accomplishment for sure.”