The Union Cycliste Internationale (UCI) has, finally, revealed the full schedule for the first combined cycling world championships. The event will take place over 11 days and crown champions in 13 different disciplines in Glasgow and across Scotland.

The men’s and women’s elite road races are split between the opening and closing of the competition. The elite men’s race takes place Saturday, August 5, 2023. The women’s takes place eight days later on Sunday, August 13. This gives the women’s road race a prime time position on the final day of competition. It also helps work around the schedule of men’s and women’s Tour de France.

Mountain biking will be split between Fort William for downhill and, on the other side of Scotland, Glentress Forest for the cross country Olympic and marathon-distance races. 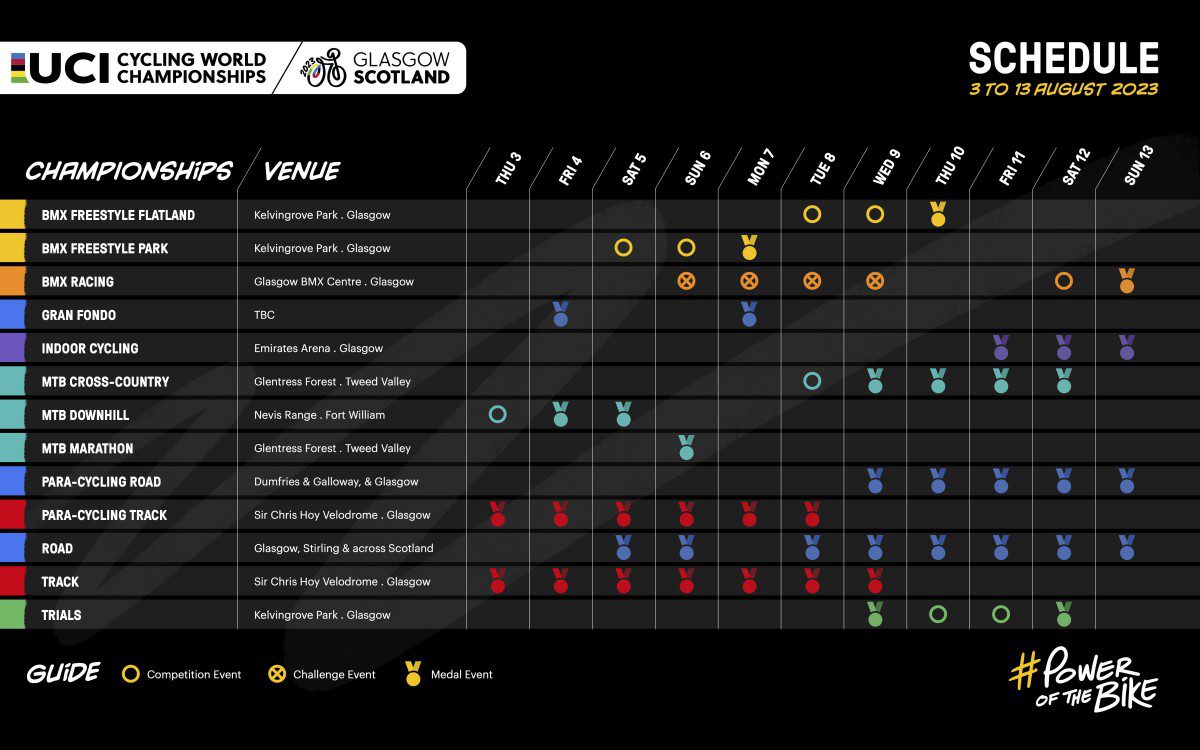 The full schedule of events across all 11-days, can be found at the website for the 2023 UCI Cycling World Championships.

“Glasgow and the whole of Scotland are creating sporting history by hosting this multi-discipline cycling event for the first time. The UCI Cycling World Championships were one of my visions when I was first elected President of the UCI in 2017. That vision is now becoming a reality and the inaugural edition is really taking shape,” said David Lappartient, President of the Union Cycliste Internationale. “The unveiling of the schedule enables us to visualise what awaits during these 11 days of non-stop cycling action. The entire cycling community can definitely expect great things.”