When Easton launched its Overland gravel squad in 2019, the team quickly found success. Amity Rockwell’s win at Dirty Kanza was the highlight of the year, but there were a number of other results backing up Easton Overland’s impressive debut.

To celebrate Easton Overland’s return for a second season, team manager and mechanic Matt Hornland has his Allied Allroad custom painted in team colours. The new paint for this made-in-the-U.S.A. carbon fibre gravel bike was designed by Portland’s Bicycle Crumbs with input from Overland. Lucas Strain, who also paints for PDX’s high-end Vanilla bike brand, is the man behind the brush.

“We spent 9 hours on course,” says Hornland, riding with “what amounted to wet stoneware clinging to bikes.”

For anyone concerned that the extended red mud soaking was the end of that sharp Lucas Strain paint scheme, worry not. Hornland says “The paint survived, except for a small patch in the rear chainstay. I am shocked.” Turns out quality work last impressively well.

As you might expect, the build is largely made up of bits from the team’s main sponsor, Easton. Hornland mixes the gravel-specific AX components with some of the road and cyclocross focused SL parts. There’s plenty of carbon fibre in the build, but Hornland sticks with the aluminum EA90 stem, with its integrated Garmin mount that attaches directly to the stem’s faceplate.

Shimano’s GRX groupset supplies brakes and most of the drivetrain for the Allied Allroad. EC90 cranks and a dual ring 37/42-tooth combo of Easton’s gravel-specific chainrings take the place of Shimano’s GRX options. Hornland even has Shimano’s GRX gravel shoes to complete the look. Those attach to Shimano’s venerable XTR mountain bike pedals.

Wheels are Easton’s gravel-specific carbon fibre EC90 AX. With a 24-mm internal rim width, the AX wheels are designed specifically to create a better tire profile when using the higher volume tires that are popular among the gravel crowd. Hornland usually runs 35-mm Schwalbe G-One tires but, to get extra clearance in the red Stillwater mud, he downsized to X-One 33-mm rubber. 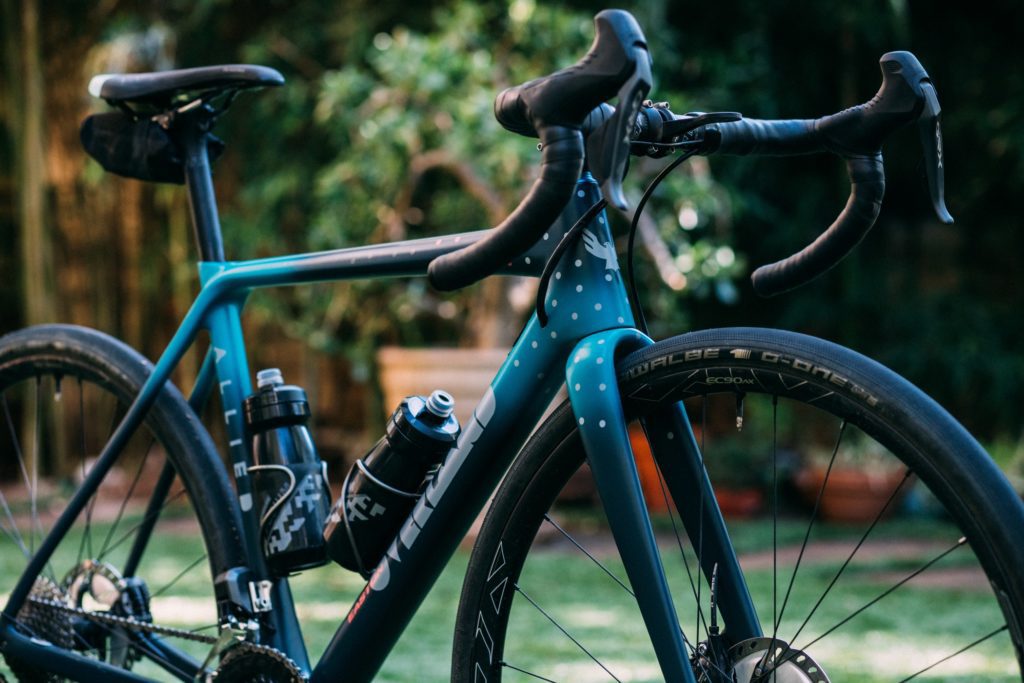 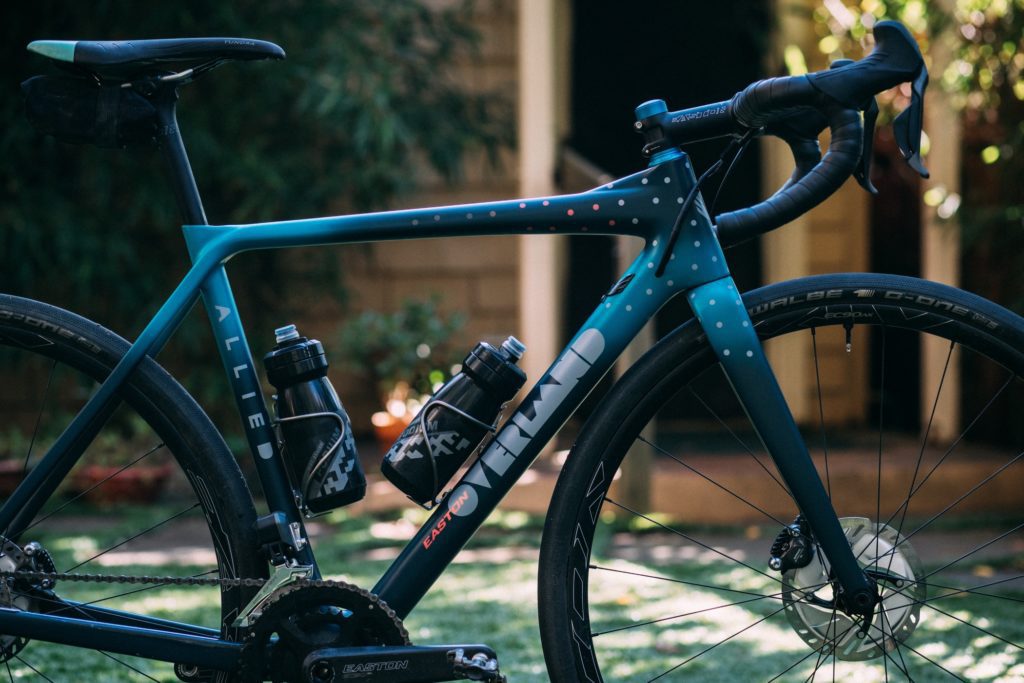 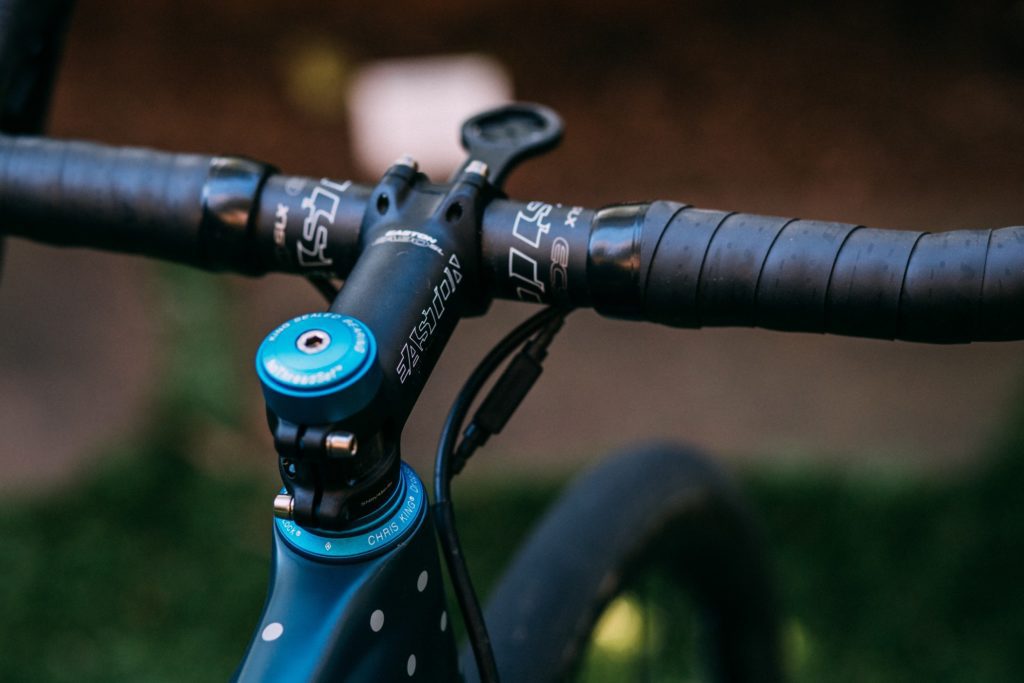 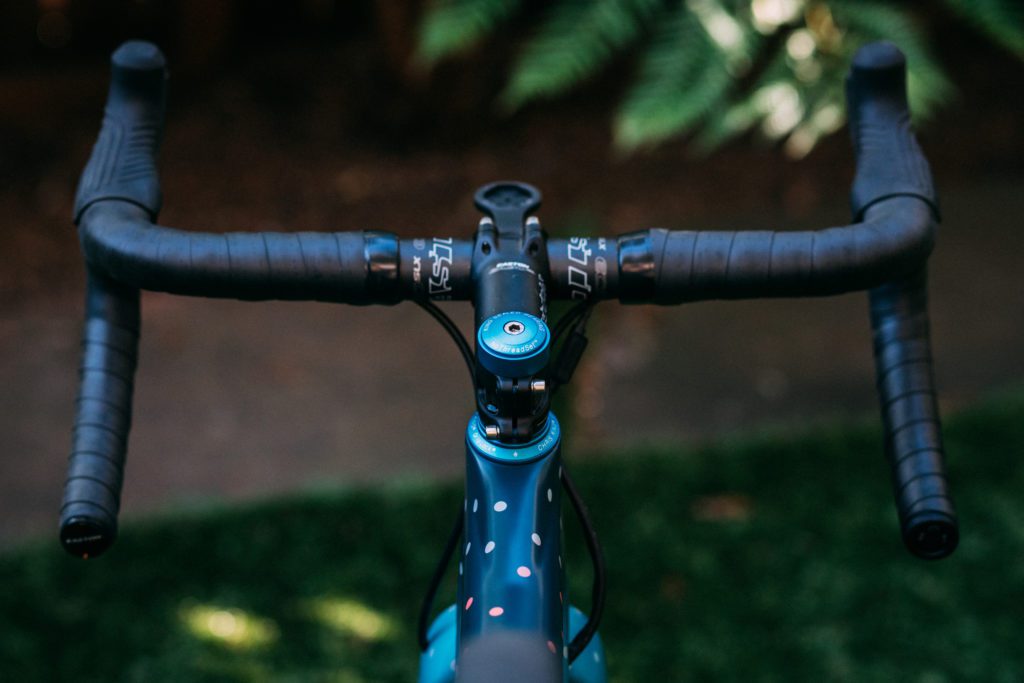 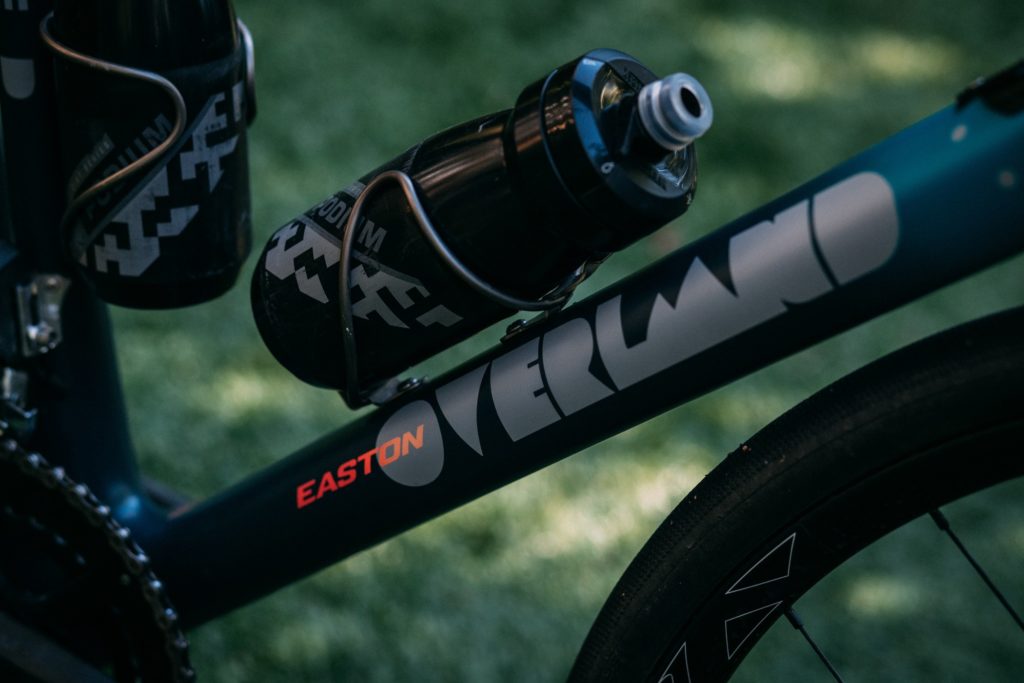 A touch of neon where the paint fades to dark navy. With titanium bottle cages. Photo: Nick Kupiak 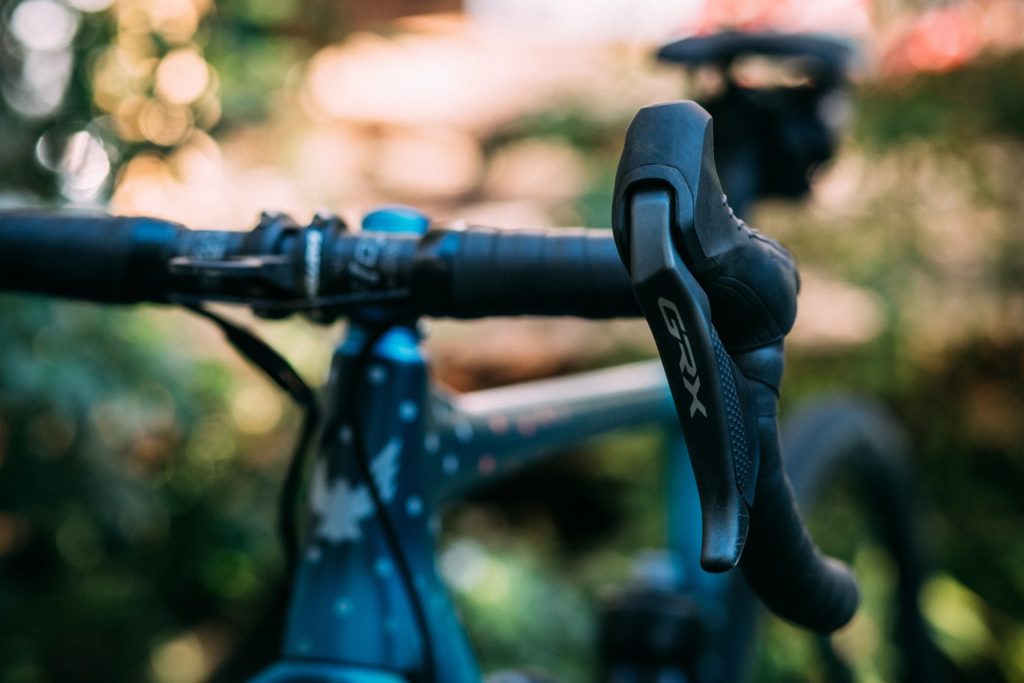 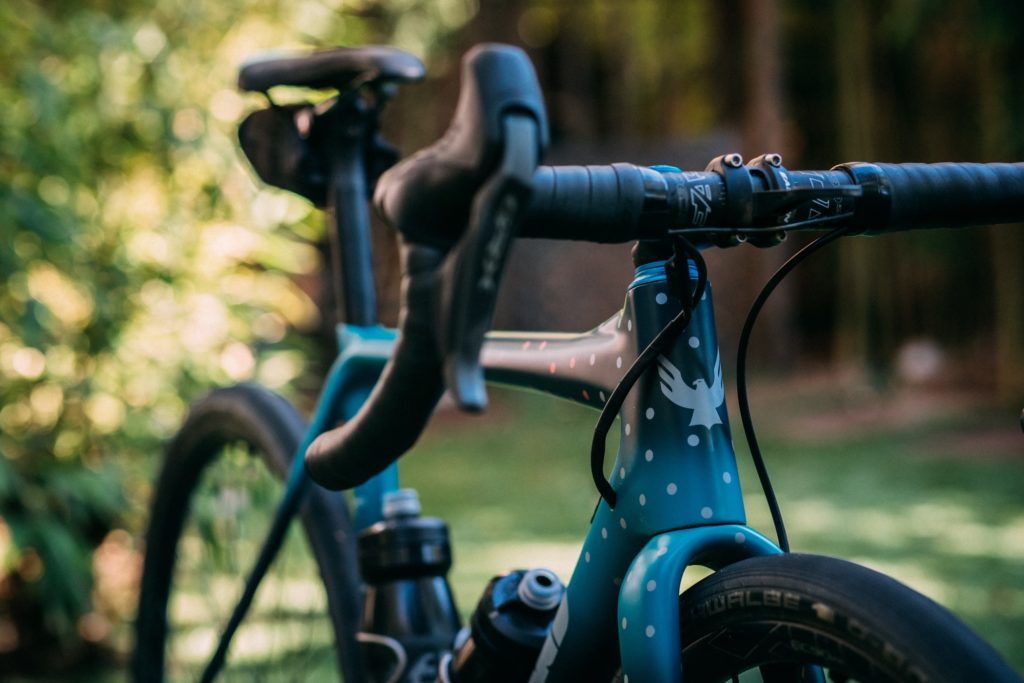 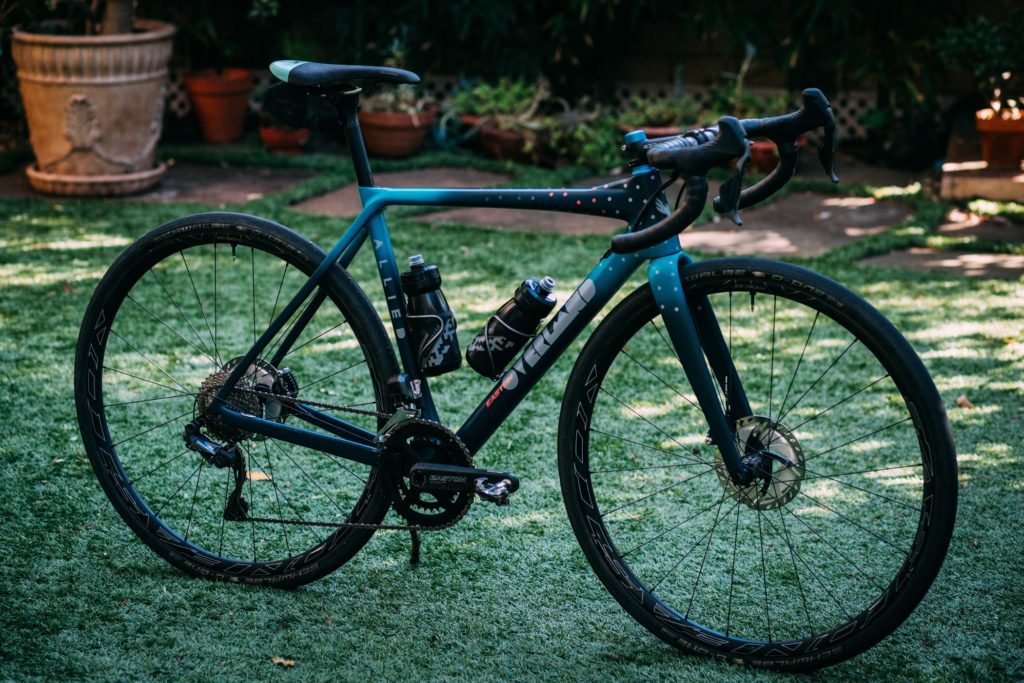 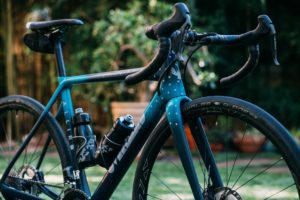 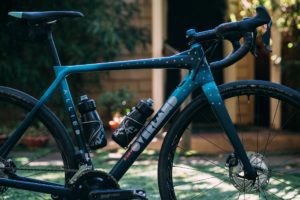 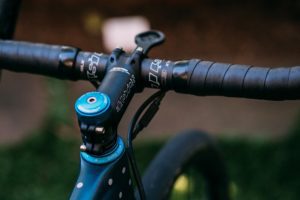 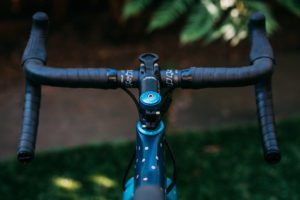 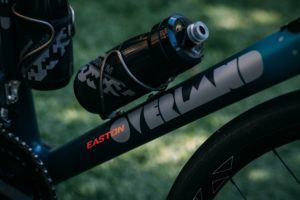 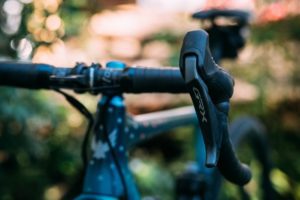 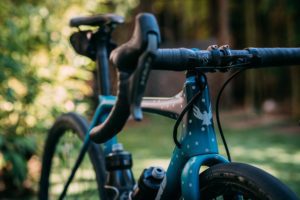 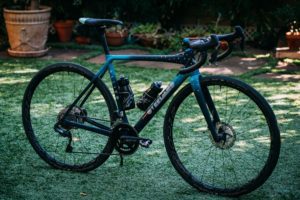