A race is never over until its over. That seems obvious but, after three days in which Sammi Runnels and Cory Wallace looked untouchable, everything changed on BCBR Gravel Explorer’s fourth, and penultimate stage.

Both leaders quickly found themselves under pressure in a short, but punchy day in Kelown’as Crawford trails network. It would be misleading to say that just 44 km were raced after Wednesday’s triple-digit mileage. Thursday’s kilometres crammed in a full 1,100m of elevation gain – and loss.

While that makes for some imposing numbers – and steep climbing grades – passing the race’s halfway mark clearly had racers stoked.

“It’s so incredible to be back in our local, national cycling community again. Everybody is here for their own reasons, yet we get together as a big group, doing it together as a big group, this is long overdue” said Tristen Chernove. The Paralympian, who already has 13 world championship titles and four Paralympic medals to his name, is loving the varied and challenging conditions. “Everybody is going to find some discomfort and find someplace to push themselves. Absolutely really fantastic, variety is good – bring it on!”

Runnels vs. Rockwell: Round 4

Coming into Thursday’s racing, Sammi Runnels (CNCPT Team) had a perfect trio of wins, and a solid lead in the Open Women’s category. With one simple mechanical, three days of effort all came unravelled. Amity Rockwell (Easton Cycling), who has doggedly pursued Runnel’s through the Okanagan hills, was well positioned to take advantage of the opportunity. Rockwell won Stage 4, and by enough of a margin that she takes the GC lead by 1:09 over Runnels with just one day of racing remaining.

Despite the disruptions of the front two riders, May Constabel still holds her third place by a solid margin going into the final day of racing.

All eyes on Wallace

In the men’s race, Cory Wallace, who also has a perfect record through three stages, quickly found himself under pressure. Alexander Fraser-Mauran (Red Truck Racing) has raced proactively all week and, as the road pitched up and shifted to gravel, went on the attack again.

By the top of the days hill, Wallace was back on the wheel. Behind, the action had put Karsten Madsen (Clif Bar-Oakley-Enve-Ryzon) on the back foot. Madsen worked steadily to close the gap before the finish line, working through the field to eventually pass Fraser-Mauran and finish second.

Perhaps paying for his early efforts, Fraser-Maraun slid into second, third and then, as Lucas Strain (CNCPT Team) rolled past, fourth. Strain was rewarded for his efforts with a stage podium, but also with the news that he’d edged past the Red Truck racer in the overall standings as well. With Wallace and Madsen looking solid, Strain and Fraser-Maraun will be left to duke it out on the final day for the final podium position. Although, as the women’s race showed, one day can change the race for any of those riders. 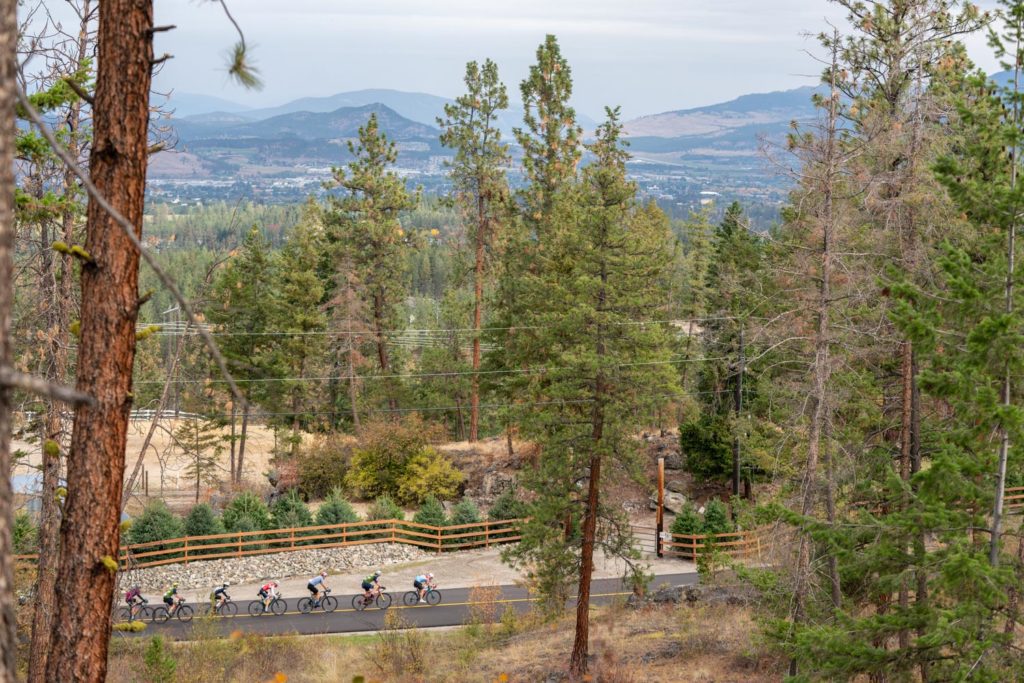 Stringing it out on the road before the race hits dirt. Photo: Chris Sternberg 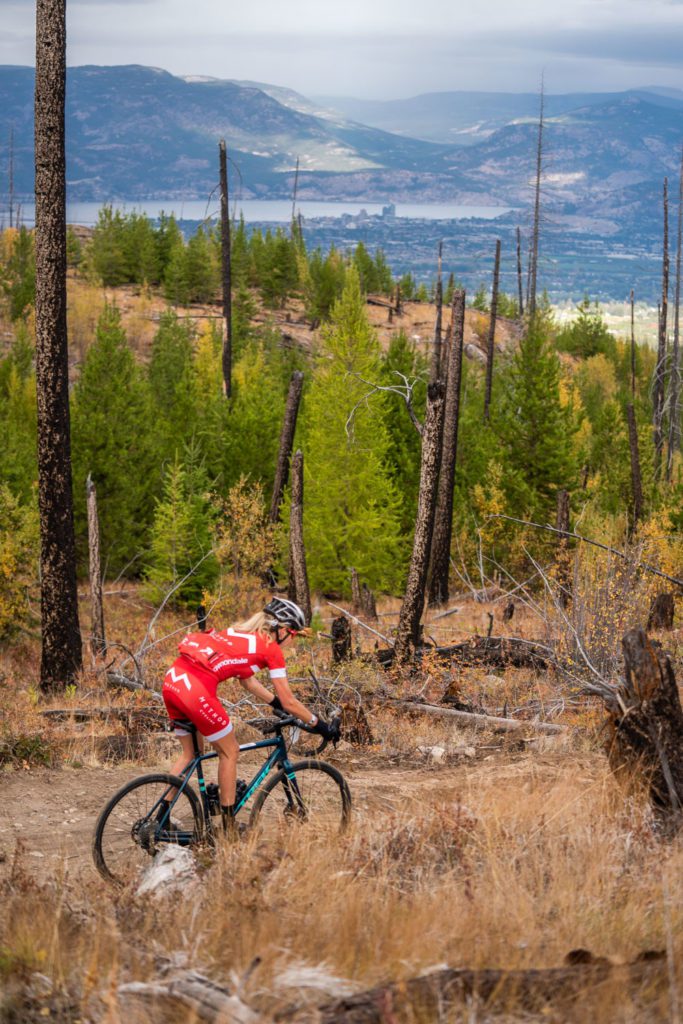 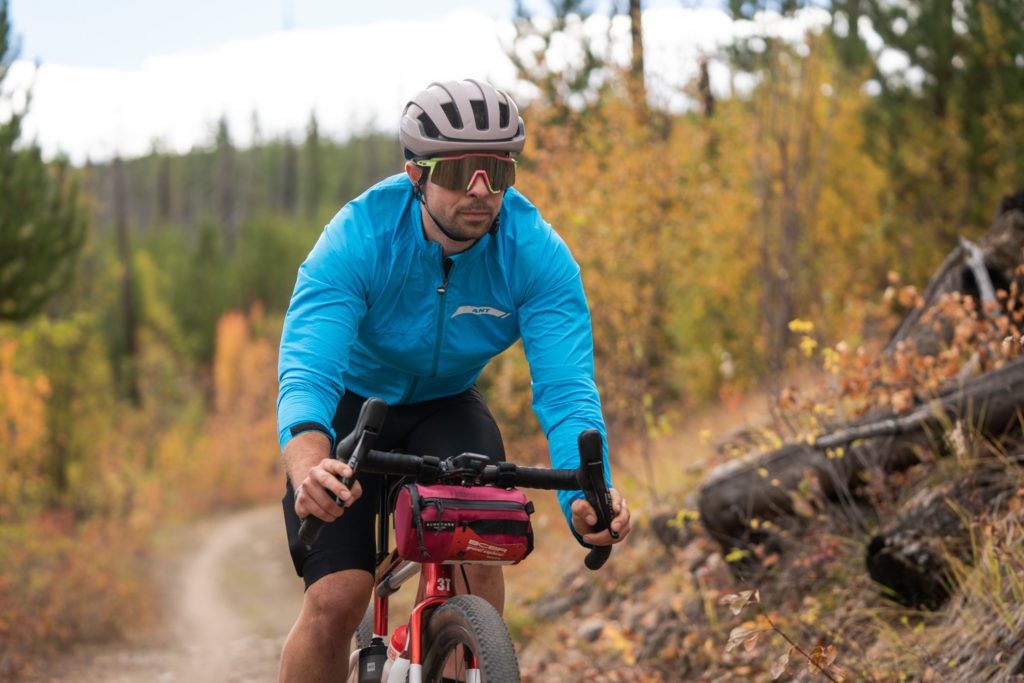 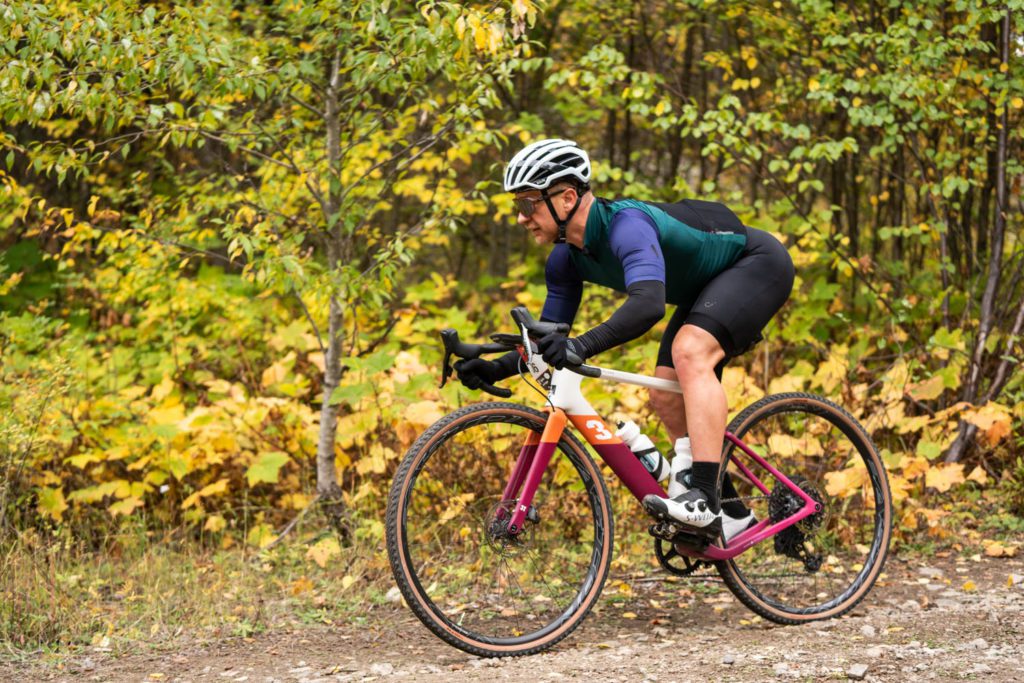 Team 3T is divided between 650b and 700c at BCBR. Photo: Chris Sternberg 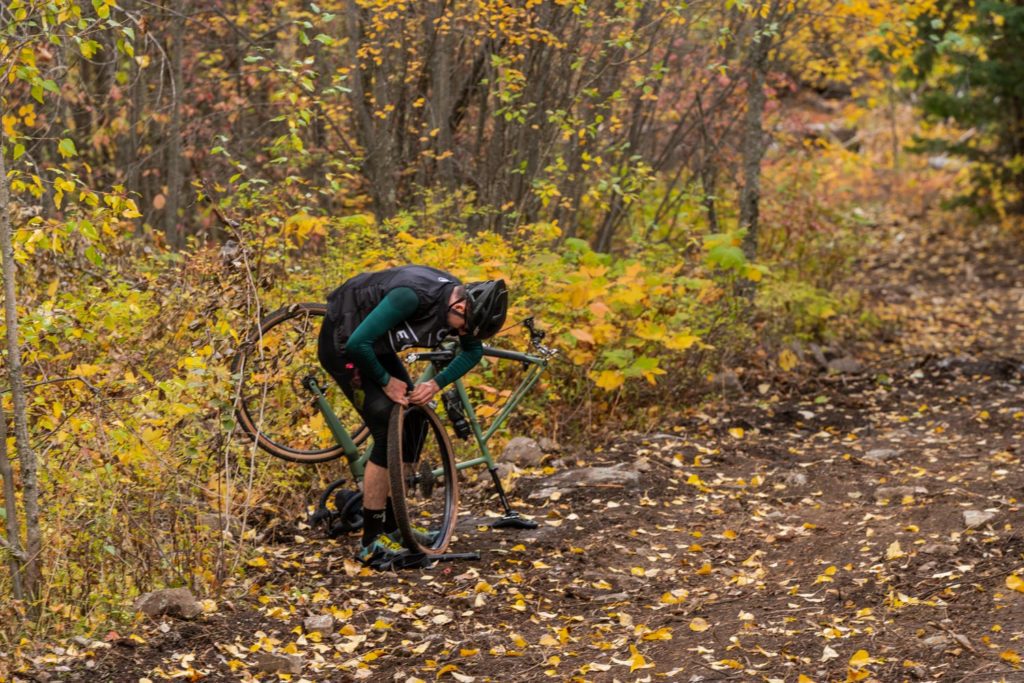 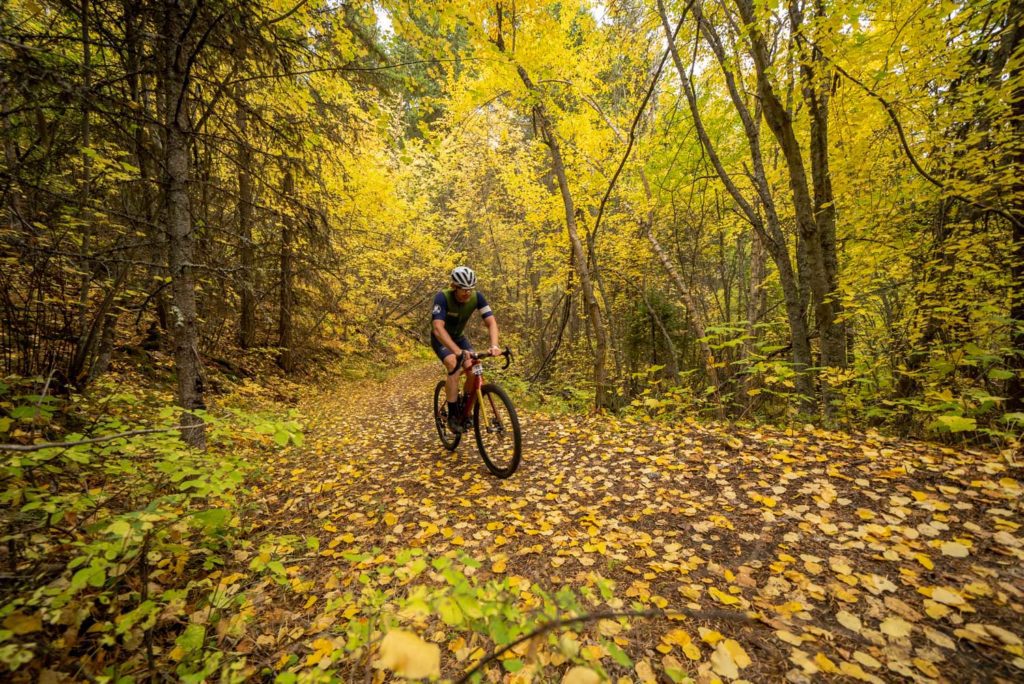 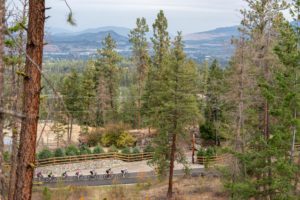 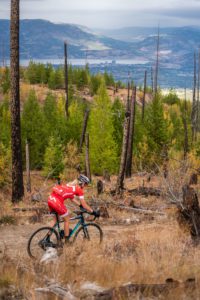 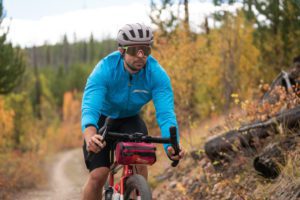 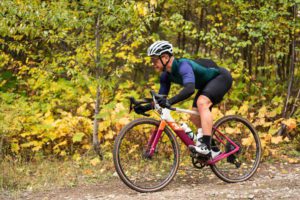 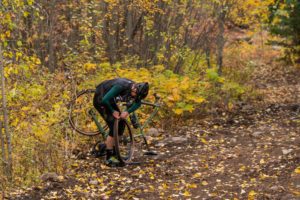 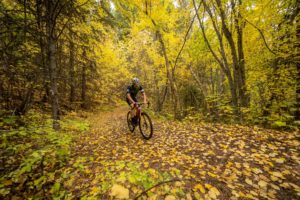